Add an Event
Newswire
Calendar
Features
Home
Donate
From the Open-Publishing Calendar
From the Open-Publishing Newswire
Indybay Feature
Publish to Newswire
Add an Event
Related Categories: California | North Coast | Environment & Forest Defense | Government & Elections
Karuk Tribe, Conservationists Add Klamath National Forest to Westside Lawsuit
by Dan Bacher
Tuesday Mar 15th, 2016 7:02 PM
“The Westside proposal short changes our community by denying us an opportunity to restore the forest, manage wildfire, and put locals back to work,” said Karuk Chairman Russell “Buster” Attebery. “There is no way that the Forest Service plan will pass a legal challenge. The Karuk alternative, on the other hand, has the support of local conservation groups, provides significant opportunities for bringing timber to market, and complies with applicable state and federal law.” 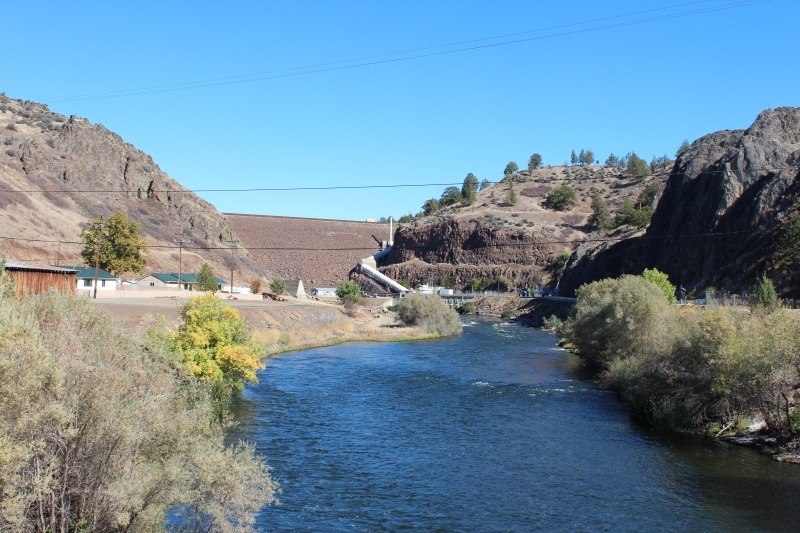 The Karuk Tribe and four environmental groups today expanded their complaint challenging the Westside Post Fire logging plan to include the United States Forest Service and Klamath National Forest over allegations that they violated federal law protecting imperiled salmon and their watersheds.

The lawsuit alleges the Klamath National Forest Plan, as approved by National Oceanic and Atmospheric Administration (NOAA) Fisheries, “illegally increases the risk of extinction” for threatened populations of coho salmon.”

NOAA Fisheries is an agency that the late Zeke Grader, the longtime Executive Director of the Pacific Coast Federation of Fishermen’s Associations (PCFFA), nicknamed “No Fisheries” for its many failures to protect salmon and other fish over the years.

Coho salmon, now listed under the state and federal Endangered Species Acts, were historically one of the most abundant fish species on the Klamath, Trinity and other California rivers. The coho population has declined dramatically after decades of bad forestry practices, water diversions and habitat degradation.

“The Klamath National Forest proposal will increase fire danger, degrade water quality, and harm at-risk salmon populations,” according to a statement from the Tribe and their allies. “An alternative to the Project developed by the Karuk Tribe would result in about 33% of the logging that the Forest Service proposed, but would be far more protective of fisheries, water quality, and communities at risk of wildfire.”

“The Westside proposal short changes our community by denying us an opportunity to restore the forest, manage wildfire, and put locals back to work,” said Karuk Chairman Russell “Buster” Attebery. “There is no way that the Forest Service plan will pass a legal challenge. The Karuk alternative, on the other hand, has the support of local conservation groups, provides significant opportunities for bringing timber to market, and complies with applicable state and federal law.”

According to the groups, “The Tribe’s alternative proposal ensures that future fire events will be healthy for the environment and safe for local residents while providing marketable timber. The Forest Service did not analyze the Karuk Alternative because it rushed the environmental review process under the pretense of a ‘public emergency.’”

The litigation occurs at a critical time for imperiled Klamath River and West Coast salmon and steelhead populations.

Agency scientists estimate that there are only approximately 142,200 Klamath River fall-run Chinook salmon in the ocean this year, based on the returns of two-year-old salmon, called “jacks” and “jills,” The salmon from the Klamath and Sacramento River make up the majority of salmon taken in California’s ocean and inland fisheries.

“The Forest Service plan to clear-cut thousands of acres above the Klamath River disregards the reasonable Karuk Alternative and hurts at-risk salmon and river communities,” said Kerul Dyer of Klamath Riverkeeper. “A healthy Klamath River requires sensible forest restoration that addresses the needs of both fish and people, like that laid out in the Karuk plan.”

The Tribe and groups are challenging the “illegal harm to fish and watersheds” that they say will result from the proposed post-fire clear cutting timber sales in hopes that the federal government will change course. The fish play a major role in the culture, religion and food supply of the Karuk and other Klamath River Tribes.

“The Karuk Tribe has occupied lands along the Klamath River since time immemorial,” the complaint states. “The Klamath, Salmon, and Scott rivers are within Karuk ancestral territory, and are the lifeblood of the Karuk people. Before Europeans entered these lands, these waters provided the Karuk Tribe with a bountiful supply of anadromous fish, including coho and chinook salmon and steelhead trout. Today, in the Klamath River watershed, coho salmon are listed as threatened with extinction under the ESA.”

Initial arguments will likely be heard by the Federal District Court for the Northern District of California in the “very near future,” the groups said. The Western Environmental Law Center represents all of the plaintiffs and EPIC is represented by in-house counsel.

To read the full complaint, go to: http://www.karuk.us/images/docs/press/2016/Complaint.pdf
Add Your Comments
Support Independent Media
We are 100% volunteer and depend on your participation to sustain our efforts!