Newswire
Calendar
Features
Home
Donate
From the Open-Publishing Calendar
From the Open-Publishing Newswire
Indybay Feature
Publish to Newswire
Add an Event
Related Categories: Santa Cruz Indymedia | Government & Elections | Health, Housing & Public Services | Police State & Prisons
Individuals Displaced in Downtown Homeless Sweeps Join Freedom Sleepers Protest
by Alex Darocy (alex [at] alexdarocy.com)
Thursday Feb 25th, 2016 6:45 PM
On February 23, the Freedom Sleepers held their 33rd community sleepout at Santa Cruz City Hall. Attendance at the sleepout increased shortly after 3:30 am, following the police sweeps and move-alongs of homeless individuals sleeping at the Main Branch of the Santa Cruz Library and at the Prophet Elias Greek Orthodox Church, which are located across the street from city hall. At least one individual sleeping outside of the library was issued a citation by police. Those joining the Freedom Sleepers who were displaced by the sweeps were able to sleep until the morning without further intervention from the authorities. [Top photo: Santa Cruz police move-along sleepers at the Prophet Elias Greek Orthodox Church.] 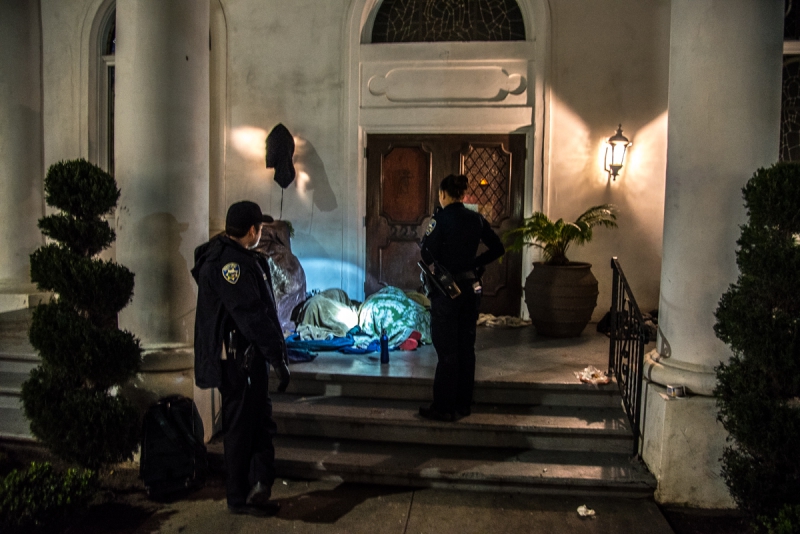 original image (1200x801)
The front steps of the Prophet Elias Church remained clear of sleepers for the rest of the evening, but the number of sleepers surrounding the library increased following the police sweeps.

As soon as the police concluded the sweeps, one person who officers had moved along from the church simply crossed the street and made her way directly over to the library, where she went back to sleep on the ground using only a single blanket and what appeared to be a jacket as her pillow.

Many homeless individuals who own very few possessions have participated in the Freedom Sleepers protests by sleeping on the sidewalk using only cardboard and a single blanket.

Since July 4, the Freedom Sleepers, some of whom are homeless and some who are not, have been sleeping one night a week at city hall to protest local laws that criminalize homelessness, such as Santa Cruz's camping ban, the sit-lie law, and the city parks stay away orders.

Police haven't targeted the Freedom Sleepers, who sleep on the sidewalk in front of city hall, for several months now, and the February 23 sleepout was the first in some time to not have a squad of First Alarm security guards employed by the city watching over them and the protest.

Many of the sleepers consider the political protest a "safe sleep" zone, considering the fact that police have been reluctant to cite or arrest individuals sleeping on the sidewalk.

The decision to sleep on the sidewalk was strategic: the city's sit-lie law does not apply to the area surrounding city hall, and the only law police could realistically use to move-along the sleepers would be the camping ban. Obstructing the sidewalk is also a possibility, but more of a long shot considering the small "footprint" many of the sleepers leave.

The city and the police had been going through great lengths to prevent people from sleeping on City Hall property during the protests. Following the first sleepout in July, police conducted raids on every one of the sleepouts for months, citing many for trespassing, and even arresting some.

Many of the Freedom Sleepers had originally been sleeping in city hall's courtyard area, which is closed to the public at night. During the Fall, city landscapers tore up city hall's lawns and placed "Area Closed" signs around the courtyard area area. Piles of dirt remain on the lawn and the city stopped working on the area in 2015.

The next Freedom Sleepers community sleepout is planned for Tuesday, March 1. 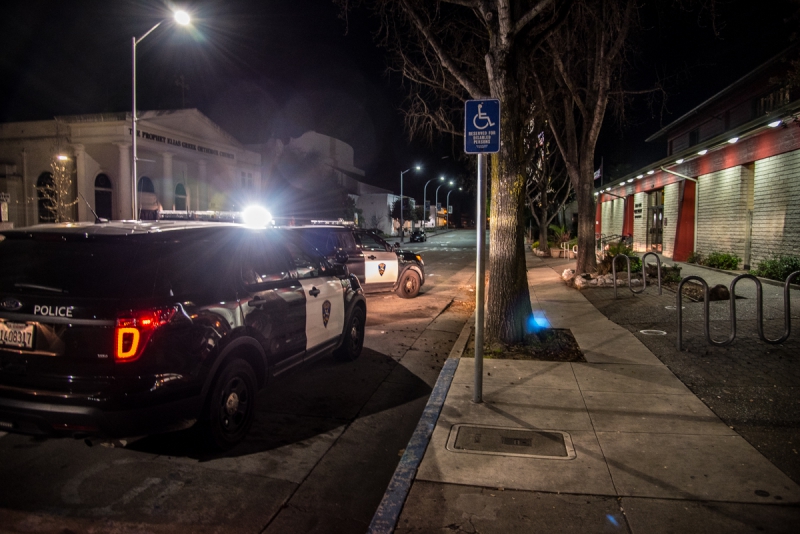 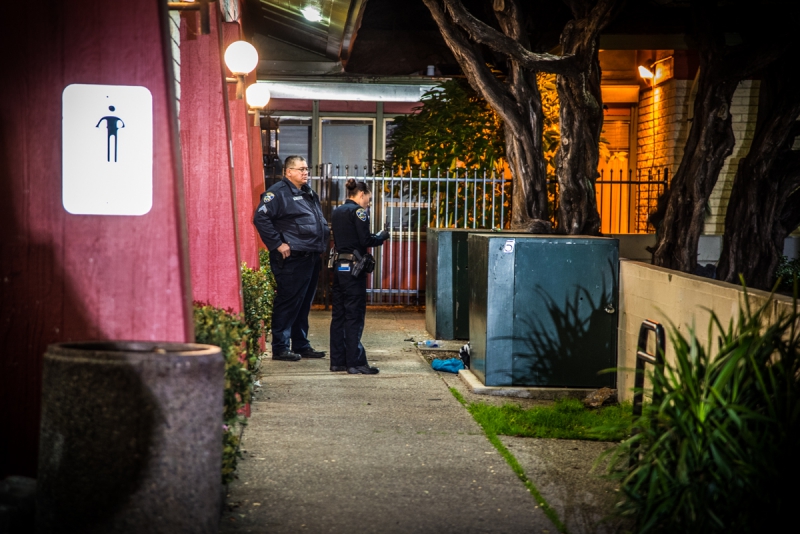 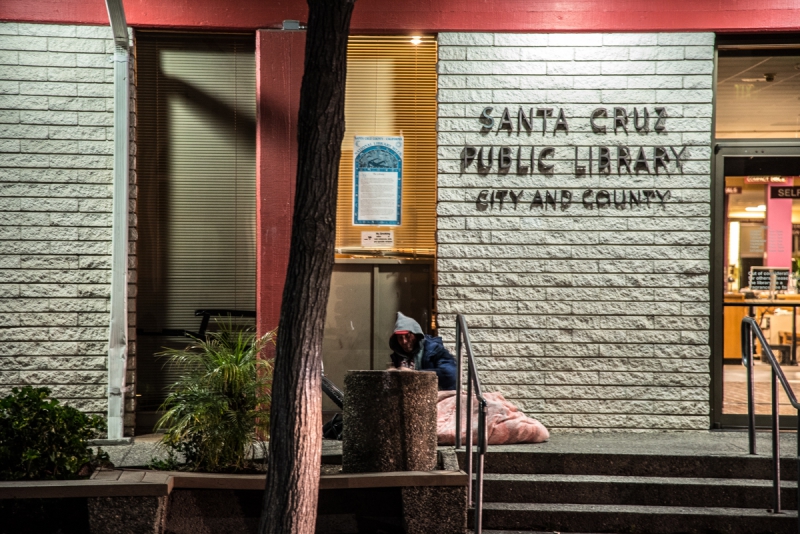 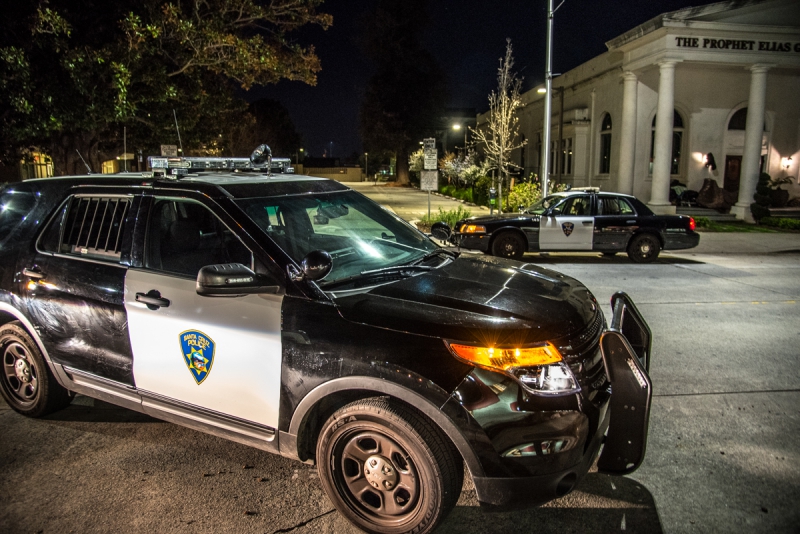 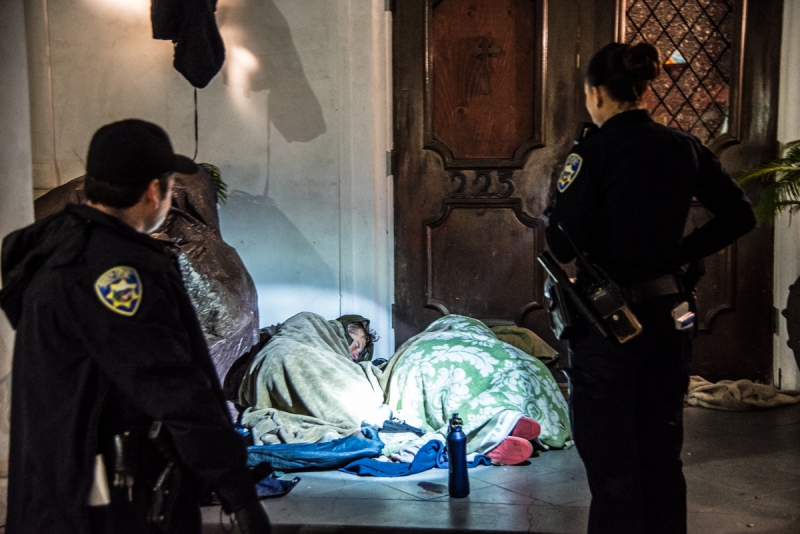 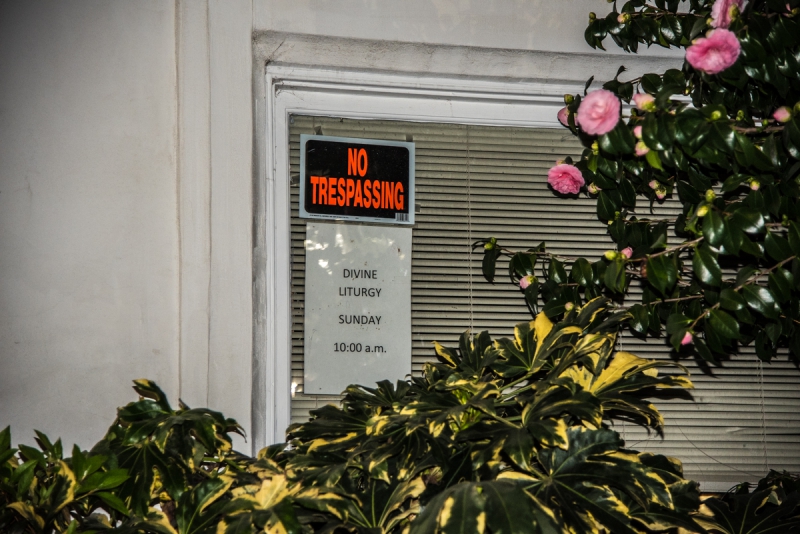 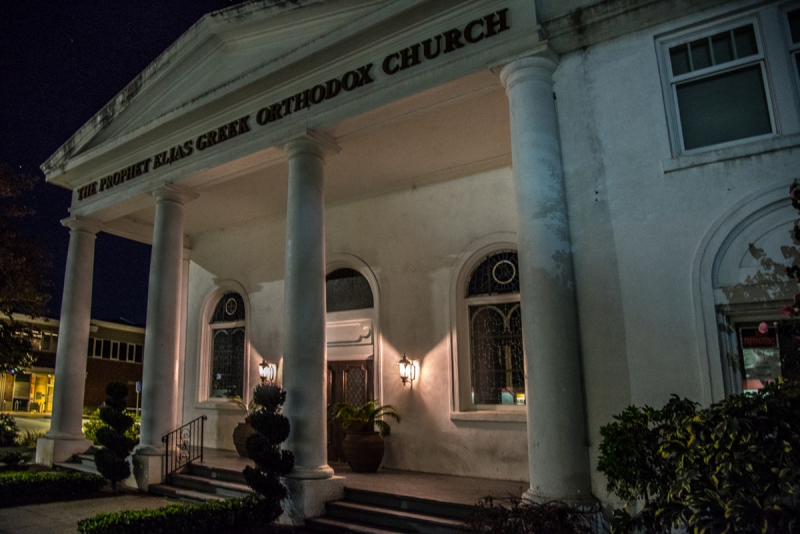 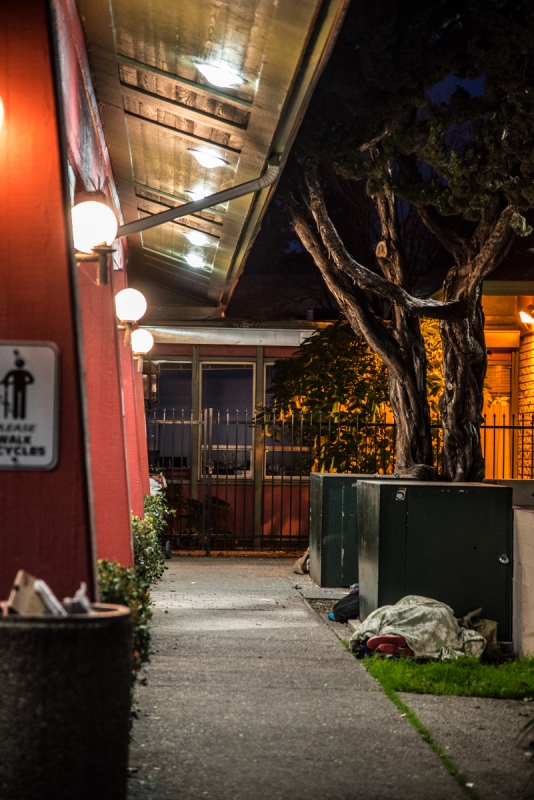 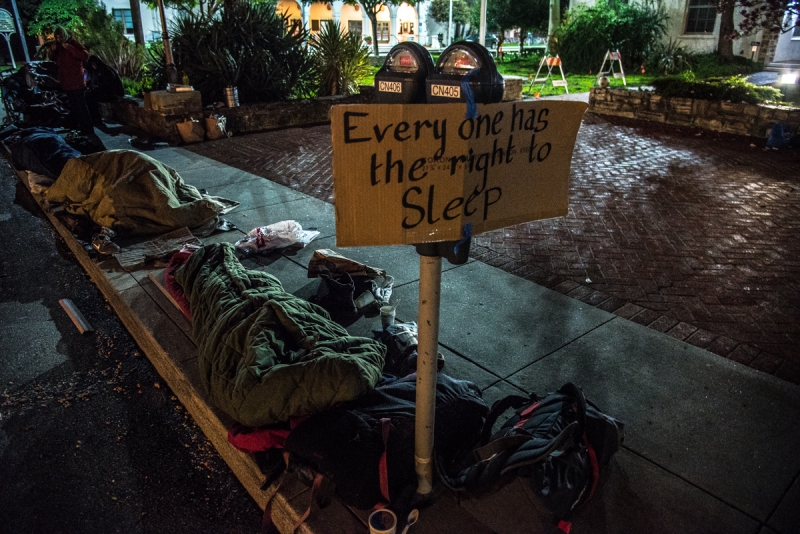 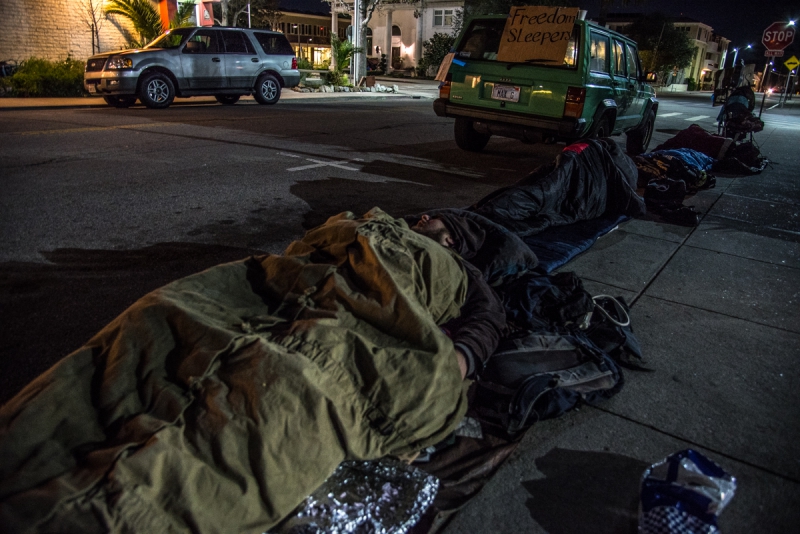 original image (1200x801)
§Two of those displaced by the police sweeps earlier that evening sleep with the Freedom Sleepers
by Alex Darocy Thursday Feb 25th, 2016 6:45 PM 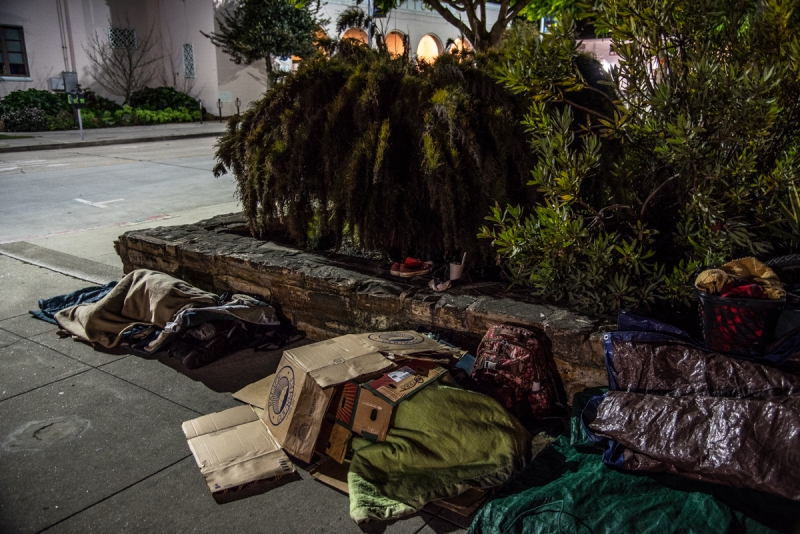 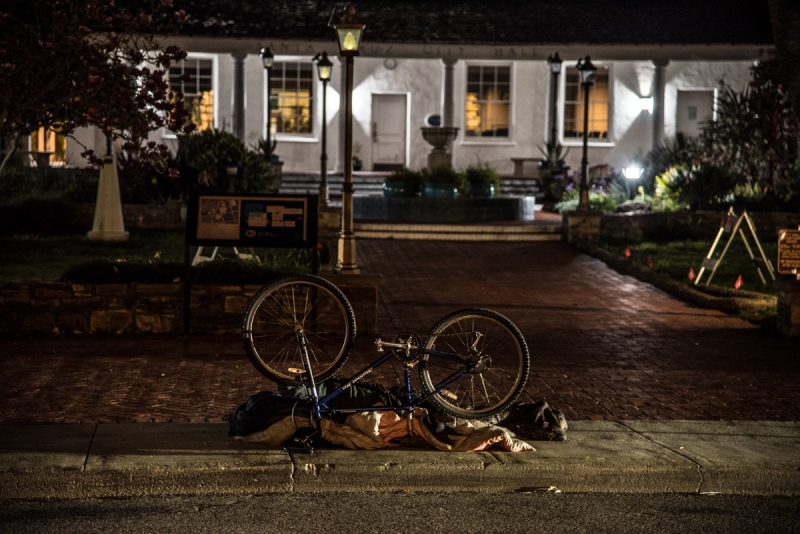 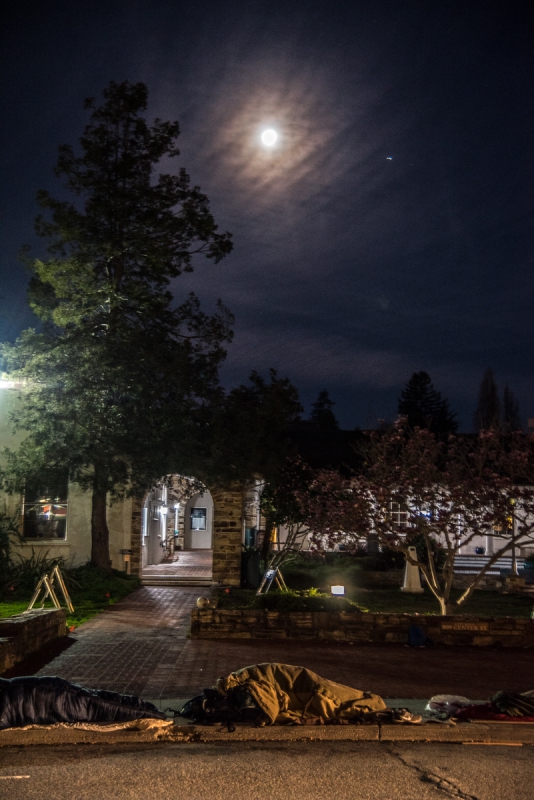 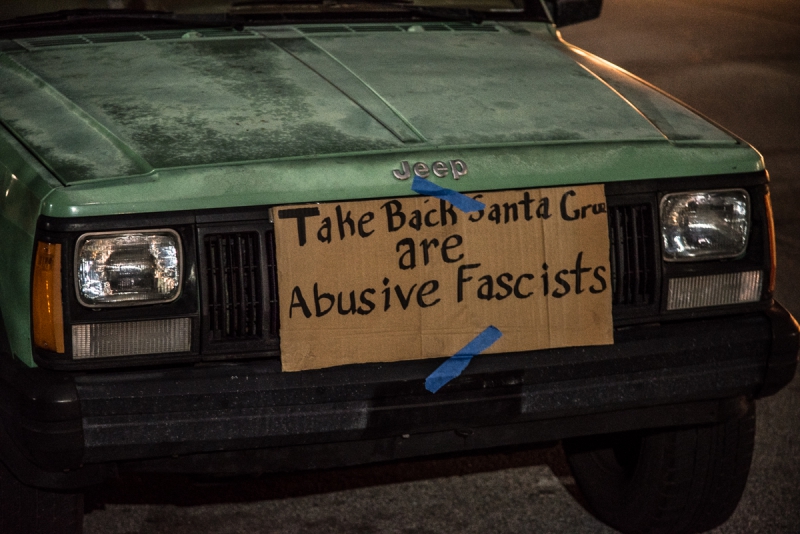 original image (1200x801)
"Take Back Santa Cruz are Abusive Fascists"
Add Your Comments
LATEST COMMENTS ABOUT THIS ARTICLE
Listed below are the latest comments about this post.
These comments are submitted anonymously by website visitors.