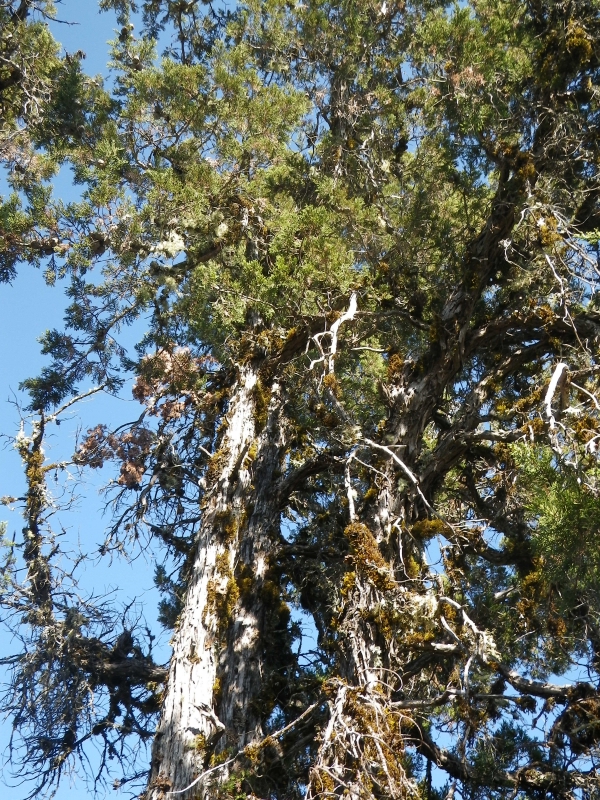 original image (3000x4000)
“The heartening rebound of this precious little California evergreen is the latest proof that the Endangered Species Act puts species on the path to recovery,” said Ileene Anderson, a senior scientist at the Center for Biological Diversity.

Before the Santa Cruz cypress was protected under the Act, it faced intense pressure from development, logging, disease and competition from non-native species, which ultimately stifled its ability to repopulate and thrive in its historic habitat. Through the cooperative efforts of local, state and federal agencies, most of the trees now live in fully protected areas. The recovery plan developed by federal scientists determined that the cypress, which now numbers between 33,000 to 44,000 trees, could be downlisted once all five of its populations were protected from threats that include development, non-native species and unauthorized trail-building. Though the exact number of trees at the time of listing was unknown, the Service estimated there were only around 2,300.

The cypress is found only in the Santa Cruz Mountains of California, in Santa Cruz and San Mateo counties. This compact, coniferous tree with dense, cone-producing branches thrives in coastal chaparral communities above the fog belt.

Opponents of the Endangered Species Act unfairly criticize the law for recovering too few species, failing to acknowledge that most protected species are still many years away from their projected recovery dates. Today’s announcement reinforces what studies have already shown: that the Endangered Species Act has not only prevented the extinction of 99 percent of the plants and animals under its protection, but has consistently helped those species to recover.

The success of the Act is evidenced in a 2012 report published by the Center called “On Time, On Target: How the Endangered Species Act Is Saving America’s Wildlife,” which evaluated 110 species and found that nearly all the animals and plants are recovering on time to meet federal goals.


Photo of the Santa Cruz cypress by Kristina Berry, courtesy of USFWS.

The Center for Biological Diversity is a national, nonprofit conservation organization with more than 990,000 members and online activists dedicated to the protection of endangered species and wild places. 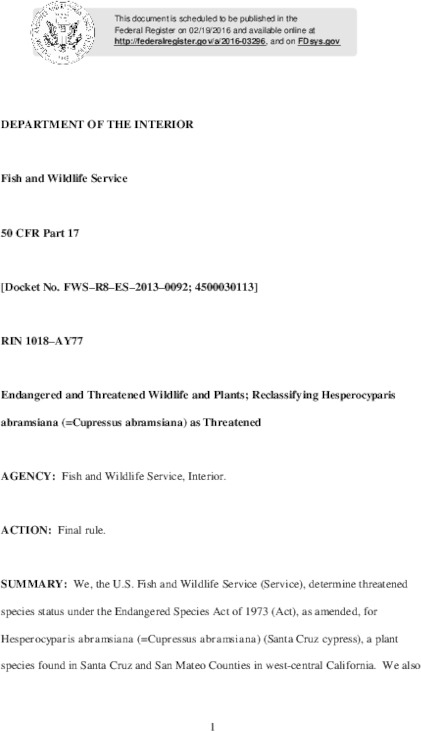 Download PDF (631.6KB)
Add Your Comments
Support Independent Media
We are 100% volunteer and depend on your participation to sustain our efforts!