Should five unelected people nominated by an unelected president have the power to
sit on the bench for the rest of their lives and to quash the will of
hundreds of millions of Americans? 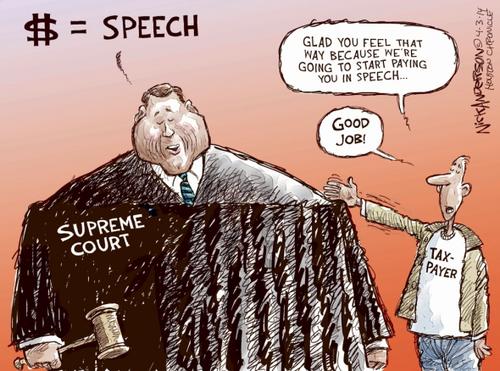 1 The Supreme Court is 'the mark of a dragging foot on the sands of time.'

2 The law wrought by the Supreme Court 'is what the judge ate for breakfast'.

3 It was white slaveowning property owning males in the 18th Century who wrote our Constitution.

4 The Supreme Court decisions are often made by 5 men who erase the will of hundreds of millions of Americans. These have been unelected men who have served for the rest of their lives.

5 Because of the Republican majority on the Supreme Court, unelected George Bush was installed as president, and would go on to begin 2 disastrous wars. Afghanistan is now into its 15th year and for some time has been the longest war in American history, as well as an illegal one.

6. Because of the illegal installation of Bush as president by the Supreme Court, we still have executions in the US, though only 6 states, including the Ohio and Florida in which Kasich and Bush have executed, still conduct thsi ancient barbarism.

7. Because of the Republican majority on the court, money has been ruled as equivalent to speech.

8. Because of the Republican majority on the court, oil, gas nuclear and coal corporations may continue to poison our water, pollute our air, cause disease to our people.

"With Justice Antonin Scalia's death this weekend, and its nearly instantaneous politicization, it's worth asking why we don't subject our high court justices to limited terms or mandatory retirement ages -- like nearly every other country in the world."

Seattle Times: "Several recent polls show a majority of Americans support term limits for Supreme Court justices, and lawmakers debated the topic at a Senate hearing last week, questioning whether the court had overstepped its bounds with recent decisions.

Vox: "The idea of term limits for Supreme Court justices (10, 12, or 18 years are the most common proposals) has been floating around for decades. But Scalia's sudden death makes the case for it more compelling." 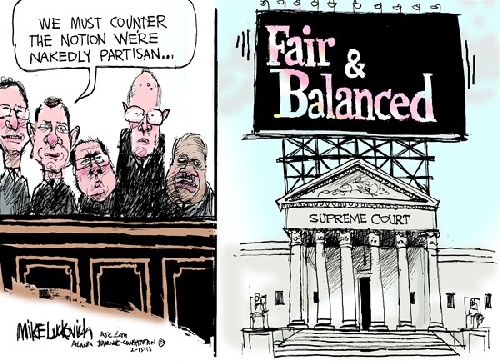 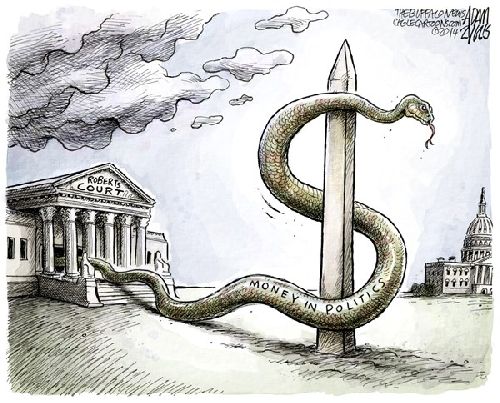 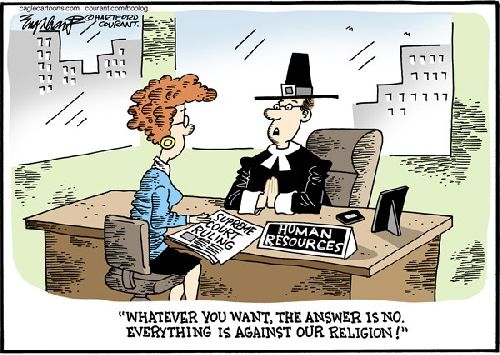 https://www.washingtonpost.com/news/wonk/w...
Add Your Comments
Support Independent Media
We are 100% volunteer and depend on your participation to sustain our efforts!