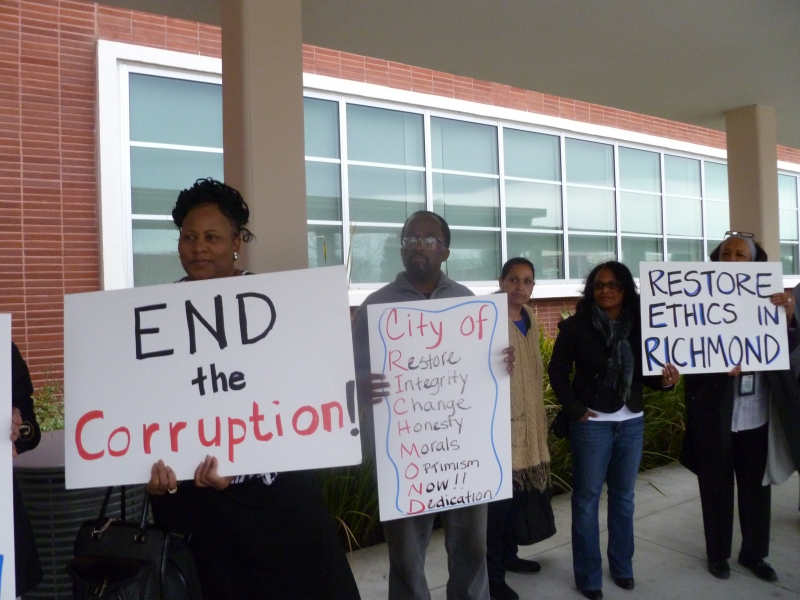 Stacie Plummer, a finance manager and 27-year city employee, alleged in 2012 that a human resources officer and the library director had been misusing city-issued credit cards for personal items. She also alleged that the former assistant city manager had been running a personal business out of City Hall.
In her suit, filed in 2014, she claimed that she had been deliberately passed over for raises or promotions as a direct result of her bringing these issues to light.
In particular, Plummer had raised the actions of former Assistant Human Resources Director Leslie Knight, who Plummer claimed used 30 percent of her workday on personal matters and misused public resources, including a city-issued credit card paid by public money.
The suit named the city, Knight, City Manager Bill Lindsay and two other current employees. She stated that since reporting these actions, she had been removed from her job duties from September 2012 until March 2014. She also alleged that during that time, she saw other less-qualified employees promoted, though she received none.
In a statement made in 2014, Lindsay had said that Plummer's claims were "without merit" and that the city would work to defend the lawsuit vigorously. He could not be reached this week for further comment at the time of this story's publication.

"The city of Richmond has a serious problem with retaliating against employees who speak out against corruption," Sonya Mehta, Plummer's attorney at the law firm Siegel & Yee said in a statement, adding the hope that the outcome "moves the city to stop retaliating against whistle-blowers."
Sarah Tan covers Richmond. Contact her at 510-262-2789. Follow her at Twitter.com/sarahjtan.


IFPTE Local 21 Chief Union Steward, Stan Fleury, has been unjustly punished by City of Richmond Administrators for his union representation of bona fide city whistleblower Stacie Plummer! Even after the Assistant City Manager/Human Resources Director’s ouster, the Campaign of Retaliation continues against public employees in Richmond. City Administrators are using tax dollars to pay $400/hour to outside attorneys to cover up their retaliatory and unlawful acts. Public corruption continues at Richmond City Hall under City Manager Bill Lindsay!

The press, unions, public workers, bullied workers and the Richmond Community are invited to a rally and speak out on Thursday, January 30, 2014 from 4pm – 5pm at 440 Civic Center Plaza, Richmond, California. Stop retaliation against workers who place the public’s interest and public’s trust as their TOP priority!

Stan Fleury’s public personnel board hearing will promptly begin at 5pm in the basement lunch room of Richmond City Halls January 30, 2014. Come witness how government corruption is financed in Richmond!

Call 510-620-6512 or send an email to City Manager Bill Lindsay (bill_lindsay [at] ci.richmond.ca.us) stating that public corruption is no longer tolerated in Richmond! Save Richmond Tax Dollars for the Public Good!

RICHMOND -- Investigators determined that the city's second highest-ranking administrator spent as much as 30 percent of each work day on "personal purposes," including Internet shopping, as part of their probe into allegations of misconduct lodged by a city employee.

The report's findings prompted City Manager Bill Lindsay to issue a warning demanding that she stop the misconduct or be fired, according to records obtained through a public records request.

The new details of Knight's misdeeds were revealed after attorneys for this newspaper challenged City Attorney Bruce Goodmiller's refusal to release documents related to the investigation, citing attorney-client privilege. The city last week released a four-page summary of the report -- produced by a Sacramento-based law firm that the city paid $65,000 -- and several emails and memos produced by top city officials.

The summary, dated Feb. 25, said investigators conducted 37 interviews with city employees and reviewed thousands of documents. Investigators concluded that Knight, 58, engaged in several acts of misconduct over a sustained period. These included:

• Using a city fleet vehicle for seven years while also collecting a $450-per-month car allowance.
• Spending between less than 10 percent and 30 percent of each work day for "personal purposes."
• Directing a subordinate to access the email of the whistle-blower who exposed her wrongdoing.
Knight also, according to the documents, "used city-compensated staff time, city equipment, city storage space and the City Hall address for purposes indirectly involving her personal jewelry and gift business." Knight's base salary in 2011 was more than $220,000, according to this newspaper's public salary database.

Knight, who has held the top personnel post in Richmond since 2005, could not be reached for comment. Her resignation is effective July 1.

When the investigation concluded, Lindsay released a two-page news release announcing that Knight had been exonerated of most allegations but found guilty of others. He said she would reimburse the city for improperly collecting the car allowance but did not specify any further disciplinary action.

Public outcry built for months, culminating in news that Knight would retire.

In a March 8 confidential memo from Lindsay to Knight -- released to this newspaper -- the city manager recaps the findings of misconduct and warns Knight to cease misusing public resources "in lieu of termination."

"The misconduct found by the investigator shows a failure to meet the high standard of performance required by your position," Lindsay wrote. "It is also a great disappointment to me professionally and personally."

Still, the refusal to fire Knight has earned Lindsay mounting scorn as well, and the outcry has not been tamped down by news of Knight's retirement.

"This story is not over yet," wrote labor activist Charles Smith, in an email to supporters last week. "The fight will continue until Knight is prosecuted and Lindsay fired."

The city's Human Rights and Human Relations Commission was set to discuss "workplace bullying" on Monday night, and a rally is scheduled in front of the Contra Costa District Attorney's Office, 900 Ward St. in Martinez, at noon Thursday demanding a criminal investigation into Knight's actions.

Reached by phone Monday, Lindsay said he has learned from his mistakes.

"My biggest regret is that I didn't deal more assertively with the small transgressions that came to my attention," Lindsay said. "I saw some (trinkets) in her office, and I should have said at that point, 'Leslie, this is not really appropriate.'"

Lindsay noted that the trinkets were given away by Knight for free to employees to "boost morale."

Lindsay said he was not aware of any other misconduct until he received the report.

"I noticed the stuff in her office, but that was all I noticed," Lindsay said

It is simply unbelievable that you would not know why we would submit the information request. It is a request for the same information previously requested by you and Stacy in the name of Local 21. Your comments about communications are obviously disingenuous given that Stacy's original and unauthorized request was submitted without any notice to your Local 21 staff representative or me. And, honestly, your claim to have "pleaded" with us for open communication is simply pathetic two-faced positioning while you and Stacy attack Local 21 and me personally in the chapter blog, on You Tube and elsewhere.

If I was going to take the time to explain the legal authorities within the union, it would not be for someone like you who supported Stacey’s attacks including cartoons representing me stabbing members in the back on the chapter blog. You have made your feelings clear. You may have your limitations, but I bet even you can figure out for yourself the legal liability and other problems that would occur if any steward, in any chapter, at any time and for any reason could submit formal information requests on behalf of the organization without even notice to their staff representatives or anyone else at the Local 21 Headquarters. Not to mention, copying without authorization the Local 21 banner off of our website and utilizing it to send out communications in the name of Local 21 without consultation with staff and while continuing to publicly attack Local 21.

And, please don't take the time to write another line to me about "pain and suffering" for our members as though you cared and as though your antics have any purpose other than to serve your own ambitions. It is I who has pleaded with you to put aside any differences and concentrate on the upcoming contract negotiations for your chapter. Instead, you and Stacey have continued to attack and attempt to bully staff. Stacey has written of her intent to quit the union as soon as possible. This is hardly the mark of a good union leader, yet you, the president of the chapter no less, continue to support her and her anti-union rhetoric. 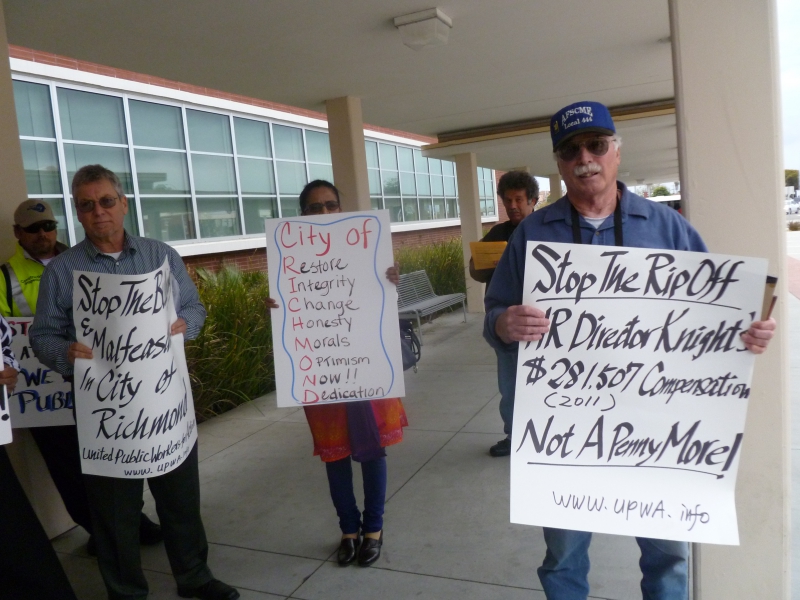 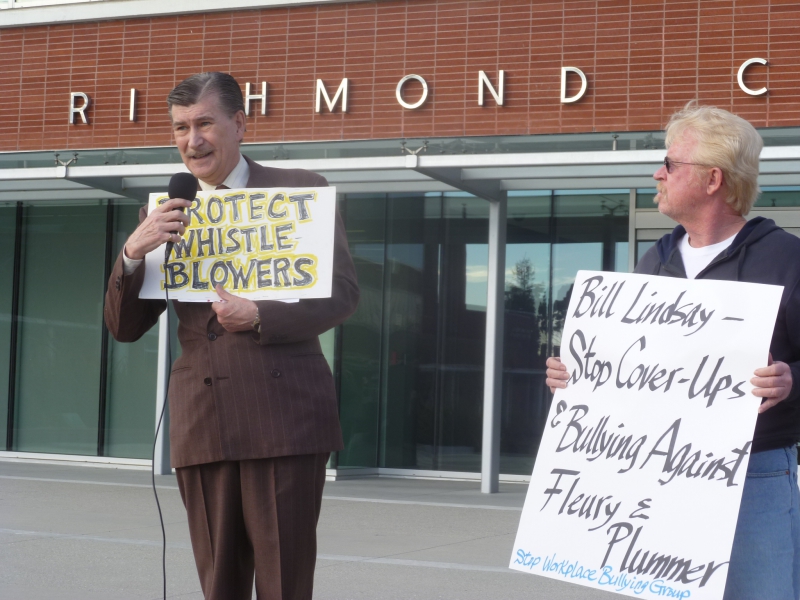 original image (2048x1536)
Dr. Derek Kerr who blew the whistle against corruption at Laguna Honda hospital in San Francisco spoke out for Stacie Plummer and other workers in Richmond who were being bullied by corrupt Human Resource Manager
Heather Knight with the support of Richmond City Manager Bill Lindsay. Lindsay was supported by the members of the board who were members of the Richmond Progressive Alliance RPA and they gave him a raise.
http://www.insidebayarea.com/breaking-news...
§Richmond City Manager Bill Lindsay On Right
by repost Wednesday Feb 10th, 2016 5:43 PM 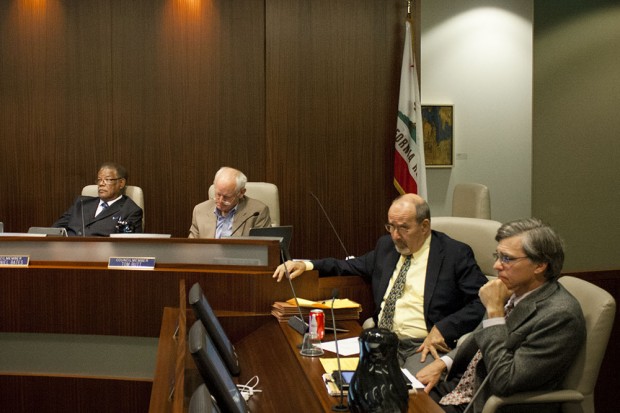 Present Richmond City Manager Bill Lindsay helped cover up corruption by his Human Resources Director Heather Knight. He helped allow her to retire without any charges being filed against her for theft of city resources.
http://www.insidebayarea.com/breaking-news...
Add Your Comments
Support Independent Media
We are 100% volunteer and depend on your participation to sustain our efforts!