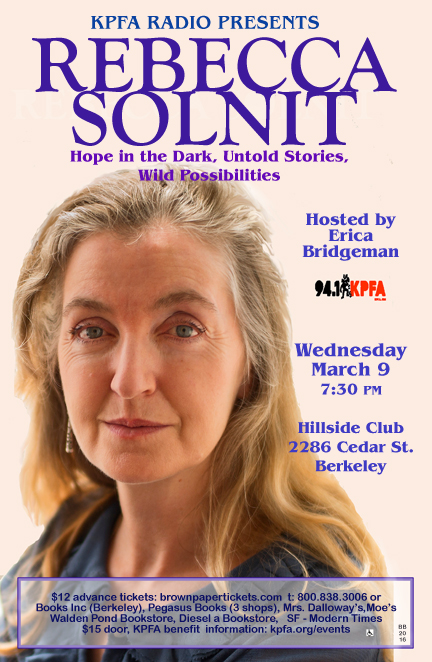 Rebecca Solnit draws on her life as an author and activist, on the disturbing realities of our time and on our deeper past, to argue for hope and sustained action in the context of the deep movement for enormous change presently occurring. Advance tickets: brownpapertickets.com and indie bookstores. More information: KPFA.org/events