Add an Event
Newswire
Calendar
Features
Home
Donate
From the Open-Publishing Calendar
From the Open-Publishing Newswire
Indybay Feature
Publish to Newswire
Add an Event
Related Categories: California | Central Valley | San Francisco | Racial Justice
2016 Folsom Black History Month ~ Roots, Wine and Reggae
by Khubaka, Michael Harris
Sunday Feb 7th, 2016 5:07 AM
The past, present and future of the Great State of California are connected in a wonderful way. Honorable Mervyn M. Dymally offered AB 59 an amazing legislative opportunity to showcase the contributions by people of African ancestry throughout the State of California, his legacy is alive. Honorable William Alexander Leidesdorff, Jr. continues to demonstrate the amazing potential of equity and equal opportunity. In the spirit of our mixed Caribbean extended family, 2016 Folsom Black History Month ~ Roots, Wine and Reggae will bring us together in a good way... 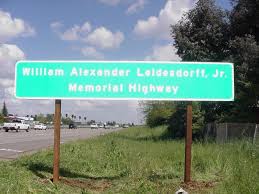 2016 Folsom Black History Month ~ Roots, Wine and Reggae is poised to mark a new beginning, building on the solid foundation of William Alexander Leidesdorff, Jr., (1810-1848) a prominent civic leader and founding pioneer in the successful quest for California to become the 31st state of the United States of America.

He owned the largest home in San Francisco, was elected City Treasurer, constructed the City Hotel, built the first commercial shipping warehouse and wharf in S.F., elected President of the first California School Board and donated the land to build the first public school in California, owned and operated his 35,500+ acre agribusiness, Leidesdorff Ranch in Sacramento County.

In 1834, Leidesdorff was naturalized a U.S. Citizen and began to develop a lucrative maritime shipping business based in New Orleans, Louisiana. The Negro Seamen Acts, at the second busiest port in the United States, New Orleans and a lengthy Federal lawsuit, on top of the tragic ending to his love affair forced William to relocate to the Pacific Rim with a fresh start.

In 1840, Leidesdorff traveled to New York, NY and on his final plans east coast voyage he sailed through the ports in Cuba, Virgin Islands, Panama, Brazil, Argentina, Chile and Hawaii relocating to Alta Mexican California.

In 1843, he was naturalized as a Mexican citizen in order to facilitate acquiring a vast land grant from the Mexican authorities, and was an early advocate of creating dual United States citizenship.

In 1845, he accepted the position of United States Vice-Consul to the Mexican Alta California region; as such, he became the first African-American diplomat, affectionately known as "A Founding Father of California."

In 1848, prior to his untimely death from brain fever, he received official notification of vast quantities of gold on his immense cattle and wheat ranch along today's Route 50 corridor. May 18, 1848 he was buried just inside the front entrance of the Roman Catholic Church, Old San Francisco Mission Delores Basilica.

In 2004, a 15 mile portion of US Highway 50 was officially designated the William Alexander Leidesdorff Jr. Memorial Highway by the California State Legislature and highway sign installations occurred Spring of 2005.

In 2011, Leidesdorff Ranch/Negro Hill Burial Ground Project achieved a major victory by removing the wicked, demonic language from the grave markers of the early California pioneers of African ancestry.