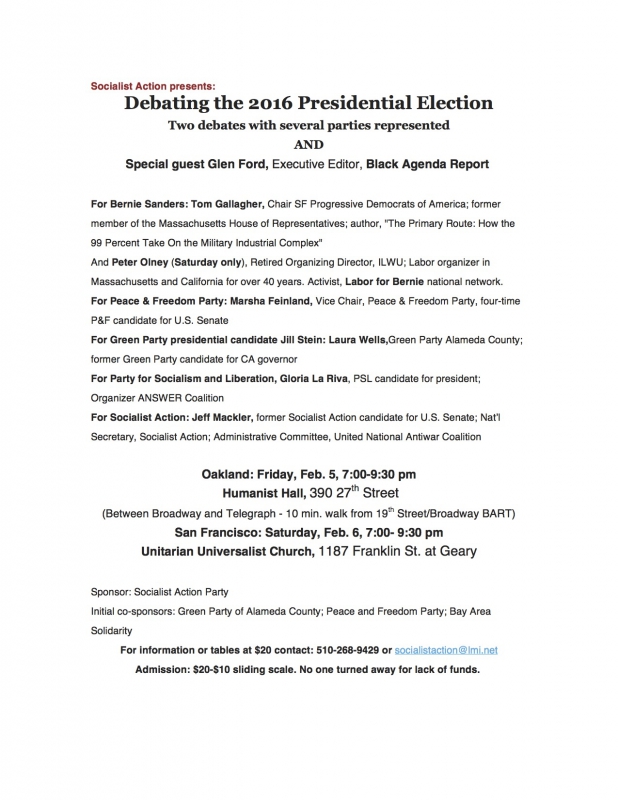 For Bernie Sanders:
Tom Gallagher, Chair SF Progressive Democrats of America; former member of the Massachusetts House of Representatives; author, "The Primary Route: How the 99 Percent Take On the Military Industrial Complex"
And Peter Olney (Saturday only), Retired Organizing Director, ILWU; Labor organizer in Massachusetts and California for over 40 years. Activist, Labor for Bernie national network.

Admission: $20-$10 sliding scale. No one turned away for lack of funds.

Labor donated
Add Your Comments
Support Independent Media
We are 100% volunteer and depend on your participation to sustain our efforts!