Add an Event
Newswire
Calendar
Features
Home
Donate
From the Open-Publishing Calendar
From the Open-Publishing Newswire
Indybay Feature
Publish to Newswire
Add an Event
Related Categories: San Francisco | Womyn
Walking Vagina Reaps Shock and Awe from "Walk for Life" Marchers in San Francisco
by R. Stevens
Monday Jan 25th, 2016 12:04 AM
"Walk for Life" marchers are told to keep eyes forward and not engage with their adversaries, but some members of the anti-abortion rights folk giggled, pointed and stared when they witnessed a counter-demonstrator dressed as a vagina on the sidewalk. 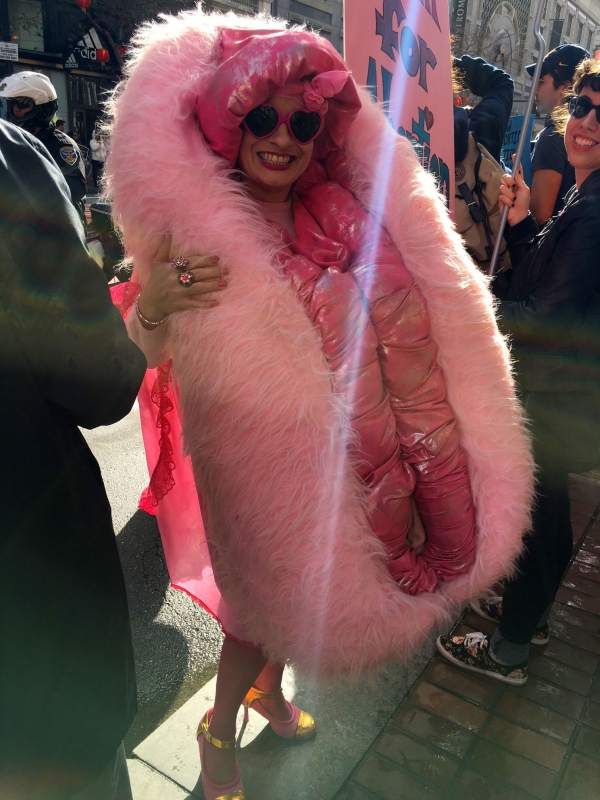 original image (1512x2016)
Stop Patriarchy led a raucous rally at Powell and Market at the same time that anti-abortion activists, made up primarily of members of evangelical and Catholic groups, marched through the streets of San Francisco on January 23.

Pro-rights protesters greeted speakers, including medical doctors and people who lived during the time when the only abortion in the US was an illegal one, with enthusiastic cheers. The Raging Grannies were among those who said they knew what it was like before Roe v Wade; the Grannies sang pro women's rights songs and waved a hanger and knitting needle saying, "don't let this extreme measure of the past once again be in our future".

After the rally pro-choice activists faced off with the crowd of thousands of anti-choicers when they came marching down the middle of Market. Lines of riot police stood between the two sides. "Walk for Life" marchers are told to keep eyes forward and not engage with their adversaries, but some members of the anti-abortion folk giggled, pointed and stared when they witnessed a counter-demonstrator dressed as a vagina on the sidewalk.
§Reactions!
by R. Stevens Monday Jan 25th, 2016 12:04 AM 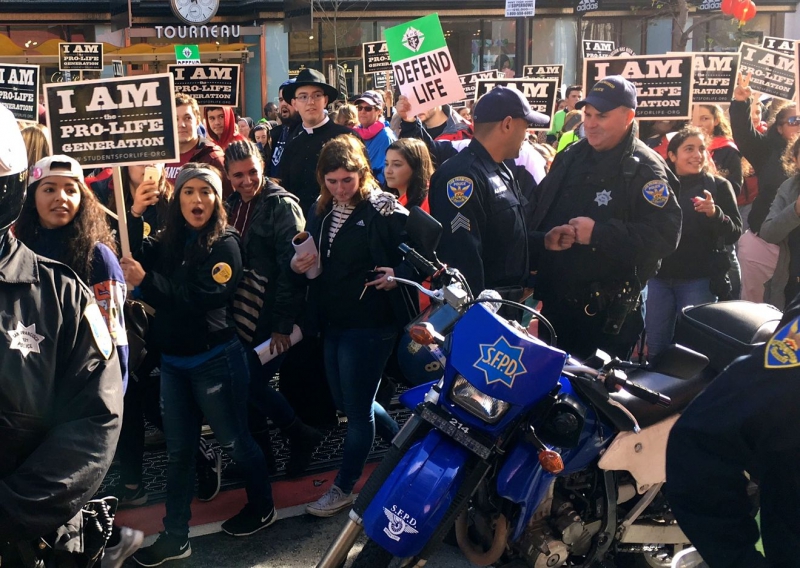 original image (1319x938)
Even the ministerial dude in black hat and clerical collar can't help but look and smile. Reactions vary from mouths agape to giggles...with one woman on the far right pointing. Check out the cops giving each other a fist bump.
§More street theater...bloody pants
by R. Stevens Monday Jan 25th, 2016 12:04 AM 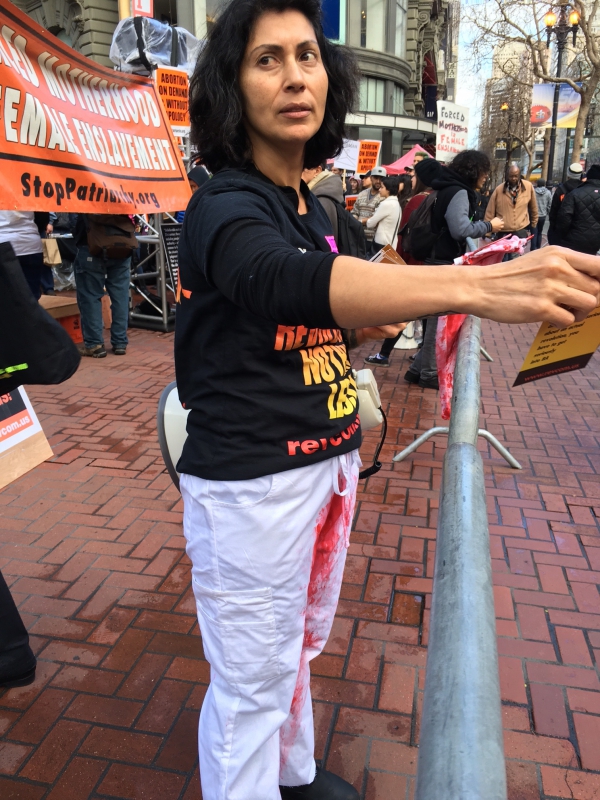 original image (1512x2016)
The Walk-for-Lifers had plenty to react to with counter protesters in various costume
§The rally before the face-off at Powell and Market
by R. Stevens Monday Jan 25th, 2016 12:04 AM 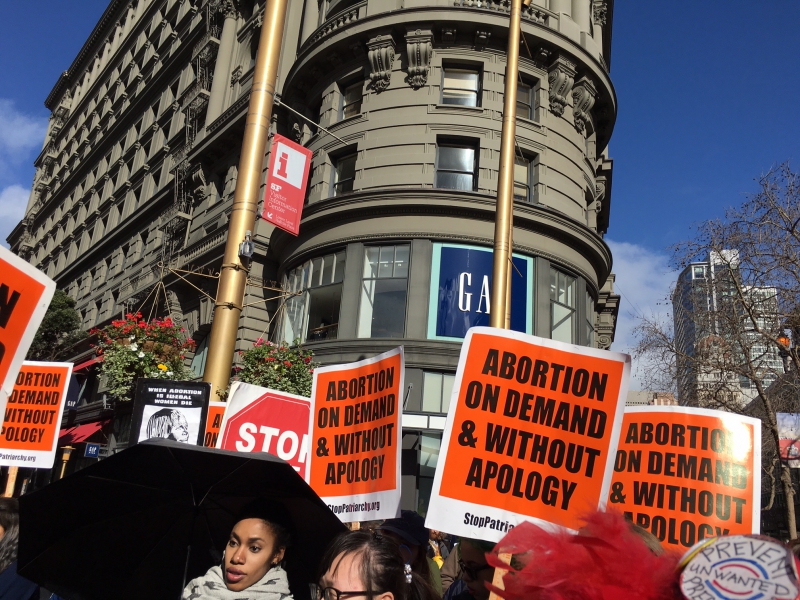 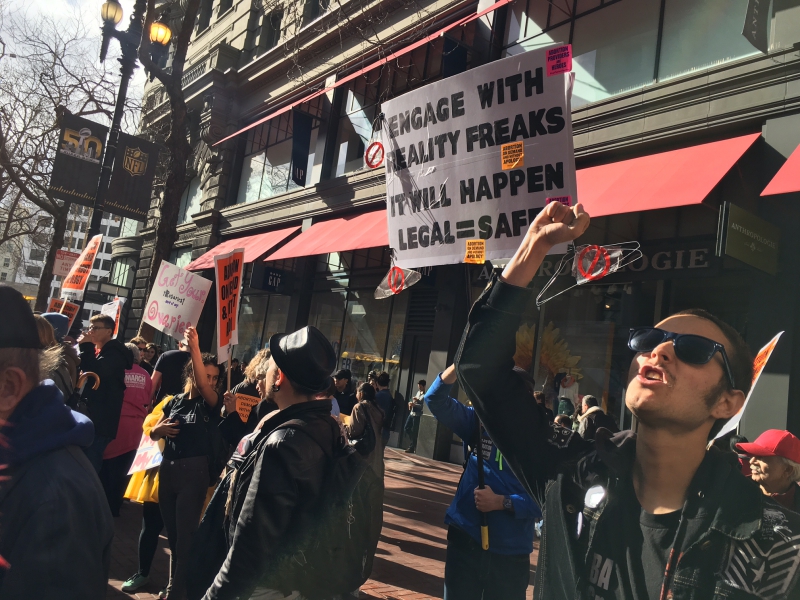 original image (2016x1512)
This guy holds up hangers with the "NO" symbol and shouts as he faces the Walk-for-Lifers who marched down the middle of Market St. Counter-protesters were kept on the sidewalk by long long line of police
§This guy on roller skates came out in support of women's rights too
by R. Stevens Monday Jan 25th, 2016 12:04 AM 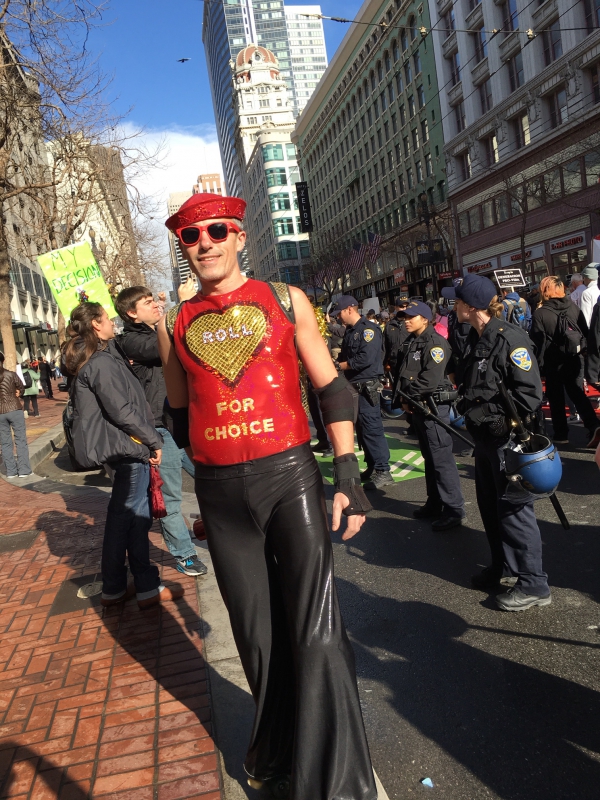 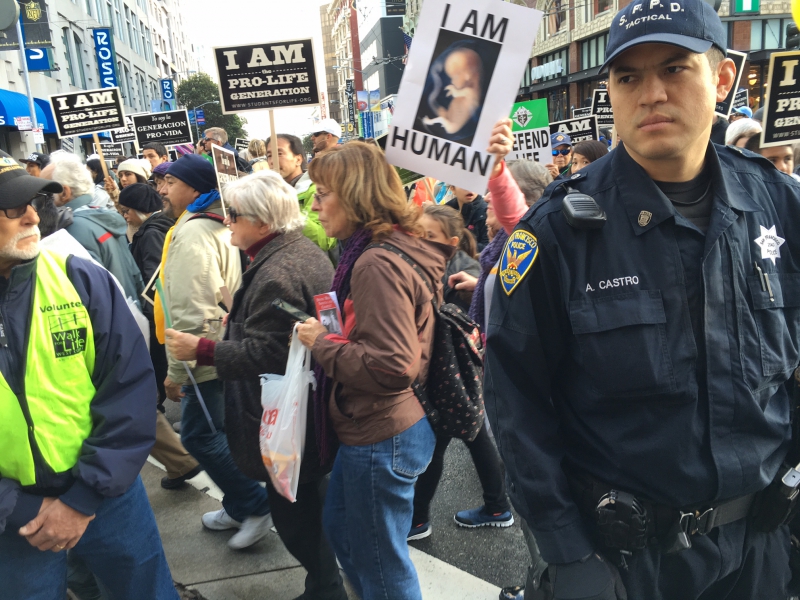 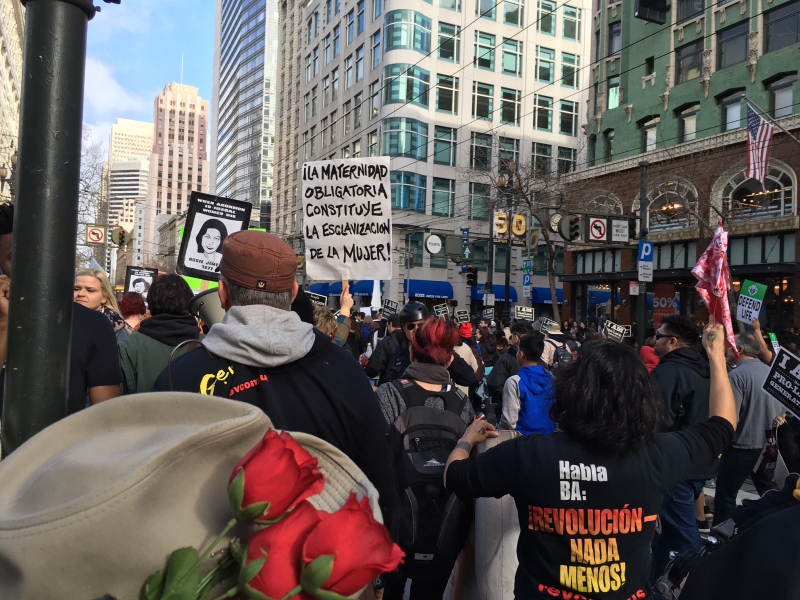 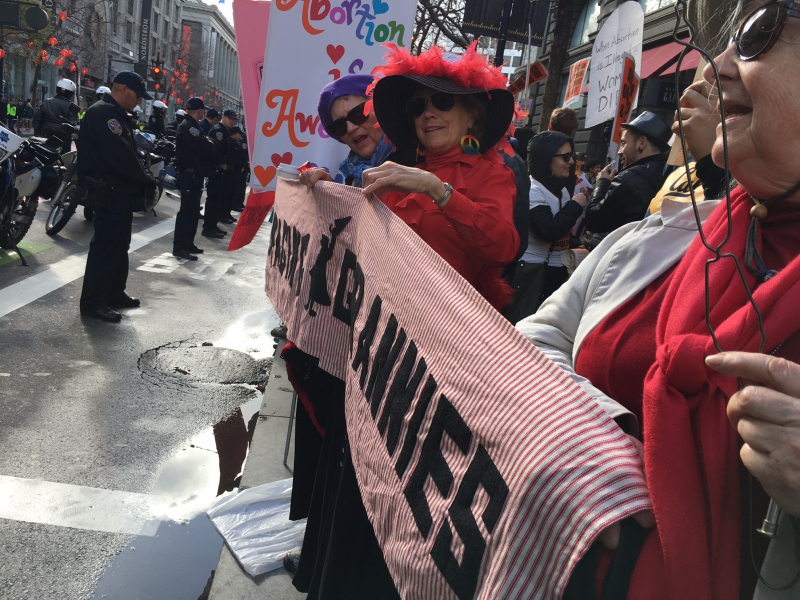 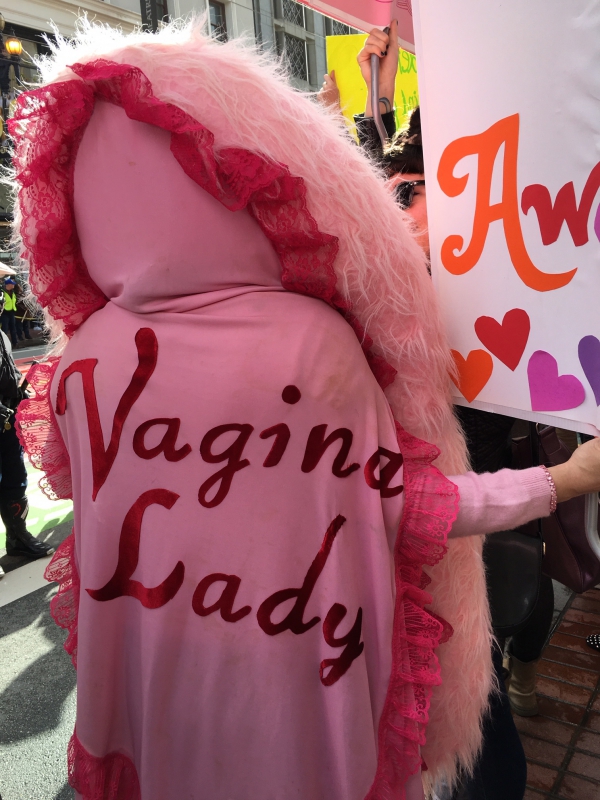 original image (1512x2016)
Add Your Comments
LATEST COMMENTS ABOUT THIS ARTICLE
Listed below are the latest comments about this post.
These comments are submitted anonymously by website visitors.