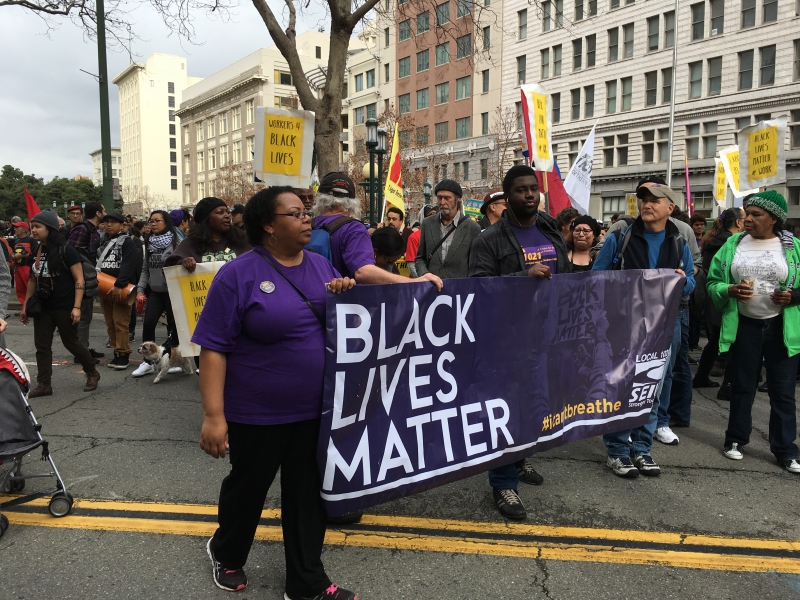 original image (4032x3024)
Trade unionists and community activists joined a rally and march in Oakland on January 18, 2016 to commemorate the life of Martin Luther King. They discussed the privatization including charter schools, poverty, systemic racism and discrimination as well as the sanitizing by the corporate press of MLK's positions on war and capitalism. Trade unionists from OEA, IAM, SEIU 1021, SEIU USWW, UAW 2865, Unite Here Local 2. San Francisco Public Defender Jeff Adachi also discussed the racist attacks on his staff who have been defending their African American clients.
Production of Labor Video Project
http://www.laborvideo.org

A San Francisco deputy public defender was handcuffed and arrested at the Hall of Justice after she objected to city police officers questioning her client outside a courtroom, an incident that her office called outrageous and police officials defended as appropriate.


The Tuesday afternoon arrest of attorney Jami Tillotson as she denied police officers’ attempts to take photos of her client without explanation raised questions about police intimidation and harassment, Public Defender Jeff Adachi said at a Wednesday news conference.

But police said the five officers, led by a plainclothes sergeant, were investigating a burglary case in which Tillotson’s client and his co-defendant were considered persons of interest. Tillotson was cited for misdemeanor resisting or delaying arrest because she obstructed a police investigation, officials said.

“I was arrested for what we do as public defenders every day,” Tillotson said of the encounter, which was captured in a video that the public defender’s office posted on YouTube. “I asked questions. I talked to my client and explained to him his rights. At that point, I was told I was interfering and taken into custody.”
'Simply doing her job’

Adachi said, “This is not Guantanamo Bay. You have an absolute right to have a lawyer with you when you’re questioned. Ms. Tillotson was simply doing her job.”

Tillotson’s client had just made an appearance in Department 17 on the second floor with a co-defendant for a misdemeanor theft charge when they left the courtroom and came under questioning by a plainclothes police officer at about 2 p.m., authorities said.

Other attorneys with the public defender’s office filmed the interaction, in which the plainclothes officer, Sgt. Brian Stansbury, told Tillotson, “I just want to take some pictures, OK, and he’ll be free to go.” When she declined his request, Stansbury said, “If you continue to do this, I will arrest you for resisting arrest.”

“It was very clear to me that I hadn’t been doing anything illegal,” she said at the Wednesday news conference. “I was challenging him, telling him that you know that I know that I did not violate the law. He moved it forward.”

The video showed Stansbury continuing to take photos of the client and his co-defendant after Tillotson was handcuffed and led away, with Stansbury telling them, “Try not to move.”

Stansbury was one of three officers whose traffic stop of an off-duty black colleague in 2013 led the off-duty officer to file a federal civil rights lawsuit filed against the city. Police officials have said the officers involved had not engaged in racial profiling. 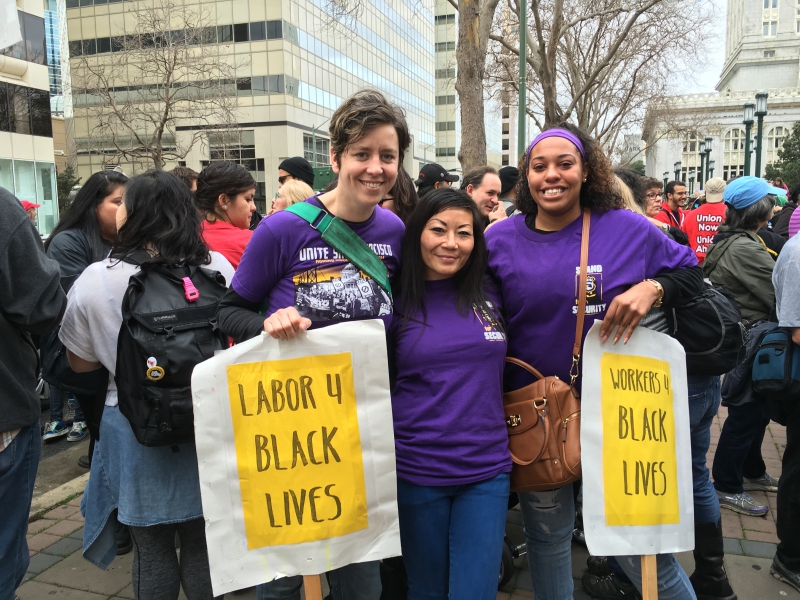 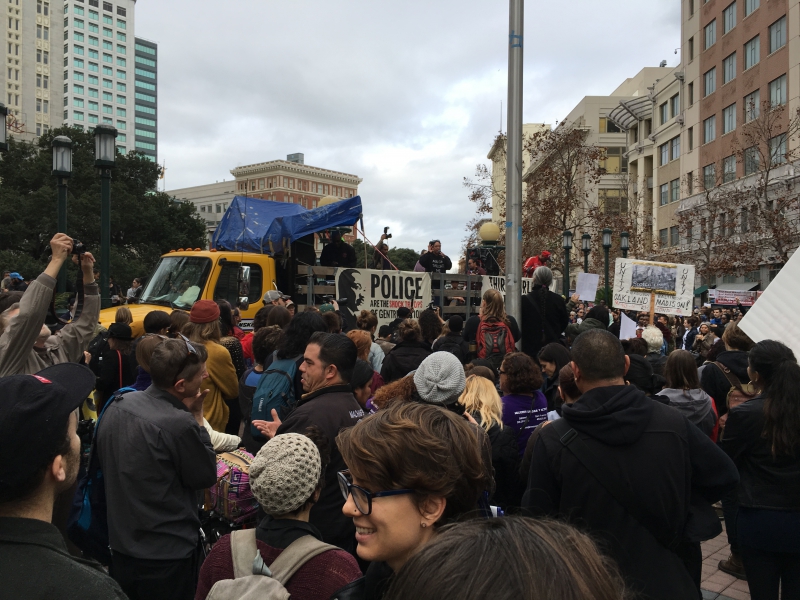 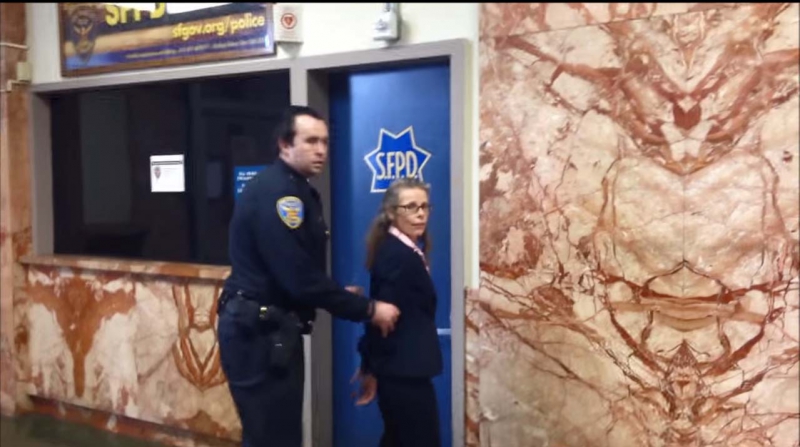 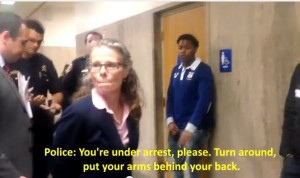 The San Francisco police who have a worse record than Ferguson are also arresting public defenders who fight for their clients. Police Sergeant Brian Stansbury who is also being sued for racial profiling against an African American policeman has been promoted by SF Police Greg Suhr and defended by SF Mayor Ed Lee.
https://youtu.be/PBUYV982qOs
§Tillotson Arrested For Doing Her Job
by Labor Video Project Tuesday Jan 19th, 2016 10:46 AM 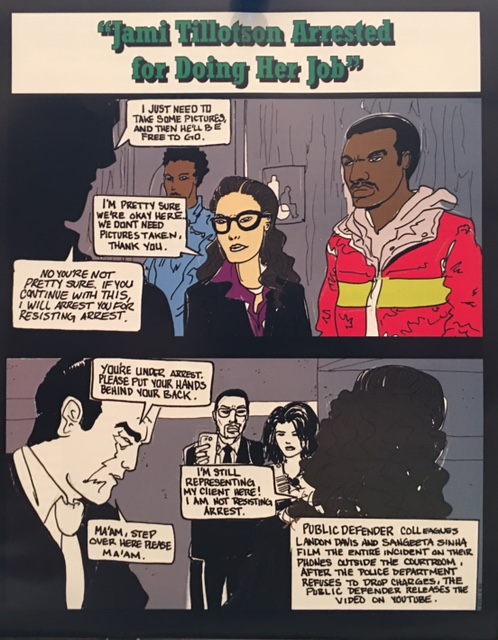 In San Francisco, the racists in city government are arresting public defenders in the courthouse for doing their job.
https://youtu.be/PBUYV982qOs
Add Your Comments
Support Independent Media
We are 100% volunteer and depend on your participation to sustain our efforts!