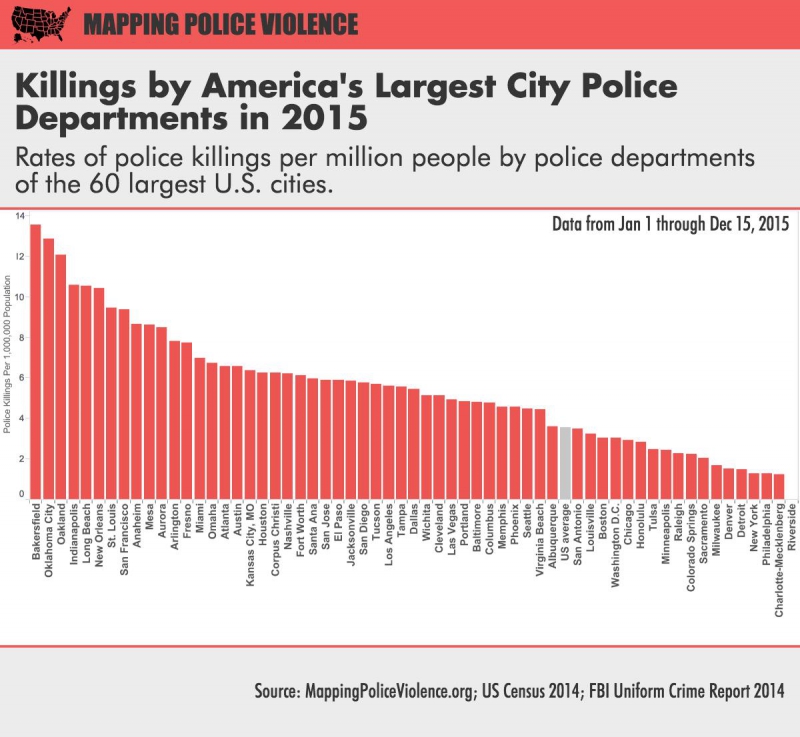 (Oakland, CA) — Hundreds of people from more than two dozen groupings will respond to the Anti Police-Terror Project’s (APTP) call to come together for 96 hours of direct action over the Martin Luther King Day weekend, January 15 – 18, 2016. This weekend’s events will culminate in a Reclaiming King’s Radical Legacy March on Monday, Jan. 18, beginning at 11 a.m. at Oscar Grant Plaza (14th & Broadway).

“We know through painful experience that freedom is never voluntarily given by the oppressor; it must be demanded by the oppressed.” — (1963) Dr. Martin Luther King Jr.

Over the last year, in the Bay Area alone, there have been dozens of police murders. In San Francisco, we have most recently seen the brutal execution of Mario Woods, in addition to police beating a disabled man in front of the Twitter building and racist text messages exchanged between SFPD on-duty officers.

In Oakland, we have seen a string of Black men murdered by police since only June of 2015. In fact, a recent graphic by Mapping Police Violence shows that in 2015, Oakland ranks third in police killings per million people in 60 of America's largest cities.

“Police are the shock troops of gentrification,” said Cat Brooks, co-founder of APTP. “Mayors give them a mandate: make this city appealing to developers by any means necessary. City Councils fund police and constantly seek to expand their numbers and their powers. As a result, people of color are being pushed out of cities at unprecedented rates, by an out of control rental market, increased police occupation and terrorism against communities of color, as well as crackdowns on those who dare protest these unjust policies as we saw with Mayor Schaaf’s recent attempts at imposing a curfew.”

A year ago, people across the country began taking to the streets in unprecedented numbers; storming shopping centers, blocking streets and highways, interrupting cultural events and public transit.

“The people shut it down because there is a state-sponsored war on Black, Brown, and other marginalized peoples in the United States,” said Tur-Ha Ak of Community Ready Corps. “They shut down business as usual because business-as-usual is an out-of-control epidemic of police terror.”

Last year, in partnership with comrades and allies, APTP launched 96 Hours of Direct Action in the Bay Area, and answered a national call to Reclaim King’s Radical Legacy which we did through a march that brought over 7,000 people into the streets of Oakland. We believe it is important for our movement to draw on King’s legacy to ground ourselves, to reinforce our conviction and confidence in the tactics and strategy of disruptive direct action.

A year later, while we are starting to have an impact, we also see that we have a long long way to go. So this Martin Luther King Day weekend, APTP has called for the Second Annual 96 Hours of Direct Action and Reclaiming King’s Radical Legacy March. For four days, hundreds of community members from over two dozen groups in both Oakland and San Francisco will unleash a spectrum of disruptive and creative activity. In the spirit of MLK, these actions will meaningfully interrupt business as usual whether that be with direct action, teach-ins, concerts or prayer vigils.

Friday 1/15: Communities in Oakland and San Francisco will hold actions calling out the rampant gentrification occurring on both sides of the bridge

Saturday 1/16: The Oakland Community will call out the many forms of state terror occurring in The Town

Sunday 1/17: The people will unite in San Francisco to call out state terror, economic terror and the corrupt city governments that allow it to continue


THIS WEEKEND’S DEMANDS INCLUDE:

The resignation of Mayor Libby Schaaf

Respect our Sanctuary Cities. ICE Out Oakland and San Francisco! No deportations! No Arrests!

The immediate reallocation of city budgets: reduce police budgets and reallocate those funds to provide for affordable housing that allows Black, Brown and other people of color to remain in San Francisco and Oakland.


Monday, we will connect the dots between police violence and economic violence – specifically gentrification - with a march at 11 am from Oscar Grant Plaza (14th & Broadway), where the Oakland community has come to call home to civil disobedience and protests. The march will weave its way through West Oakland where Black residents continue to be displaced at an alarming rate and through Emeryville where Yuvette Henderson was brutally murdered by the Emeryville Police Department and into the Bay Street Mall which is located on a sacred Ohlone Burial Ground; yet another example of how capitalism discards humanity for profit – specifically the humanity of of Black, Brown and Indigenous Peoples.

“We must rapidly begin the shift from a thing-oriented society to a personoriented society. When machines and computers, profit motives and property rights, are considered more important than people, the giant triplets of racism, extreme materialism, and militarism are incapable of being conquered.”
— (1967) Dr. Martin Luther King Jr.

Visit www.antipoliceterroproject.org for developments. We will be publishing a list of endorsers of the actions and March soon.

The Anti-Police Terrorism Project is a coalition of organizations and individuals committed to building a sustainable and replicable mechanism to eradicate police terror from communities of color. We are led by the most impacted communities but are a multi-racial, multi-generational coalition. We meet every 3rd Wednesday of every month at Eastside Arts Alliance at 7:00 p.m.
http://www.antipoliceterroproject.org
Add Your Comments
LATEST COMMENTS ABOUT THIS ARTICLE
Listed below are the latest comments about this post.
These comments are submitted anonymously by website visitors.