Add an Event
Newswire
Calendar
Features
Home
Donate
From the Open-Publishing Calendar
From the Open-Publishing Newswire
Indybay Feature
Publish to Newswire
Add an Event
Related Categories: California | Central Valley | U.S. | Environment & Forest Defense
New Wolf Detected in California's Modoc County
by Center for Biological Diversity
Thursday Jan 7th, 2016 11:43 PM
SAN FRANCISCO, January 7, 2016 — Evidence of a wolf in Modoc County was reported today by the California Department of Fish and Wildlife. The 3-year-old male wolf, who is radio-collared and dubbed OR-25 by the state wildlife agency in Oregon, left his birthpack in northeastern Oregon in April, was in southwestern Oregon by December and recently crossed the border into California. 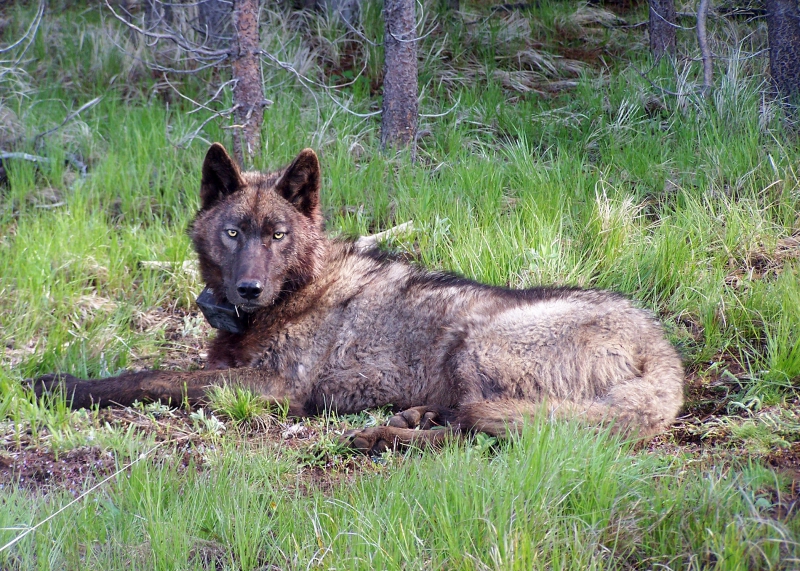 original image (2100x1500)
“California is clearly wolf country because they keep coming here from Oregon. This is a great moment to celebrate,” said Amaroq Weiss, West Coast wolf organizer for the Center for Biological Diversity. “Perhaps they are following a scent trail from other wolves that have come here the past couple years but, whatever the reason, it makes it all the more necessary to ensure they have the protections needed to thrive once they get here.”

OR-25 was born into the Imnaha pack in northeastern Oregon, as was California’s first known wild wolf in 87 years, OR-7, who first came to California in 2011. OR-7 ranged across seven northeastern counties in California before returning to southwestern Oregon, where he found a mate and had litters of pups in 2014 and 2015. In August 2015, California’s first wolf family in nearly a century, the Shasta pack, was confirmed in Siskiyou County. The breeding female of that pack, which has five pups, is also related to the Imnaha pack.

The gray wolf (Canis lupus) is native to California but was driven to extinction in the state by the mid-1920s. After OR-7 dispersed from Oregon into California, the Center for Biological Diversity and allies petitioned the state to fully protect wolves under California’s state endangered species act. In June 2014 the California Fish and Game Commission voted in favor of the petition, making it illegal to intentionally kill any wolves that enter the state. In 2012 the California Department of Fish and Wildlife convened a citizen stakeholder group to help the agency develop a state wolf plan for California, and recently released a draft plan for public comment.

“With the establishment of the Shasta pack and now with OR-25’s presence, it is all the more critical that the state wolf plan provide management strategies that will best recover and conserve these magnificent animals,” said Weiss.


Photo: OR25, a yearling male in the Imnaha Pack, after being radio-collared on May 20, 2014. Photo courtesy of ODFW.


The Center for Biological Diversity is a national, nonprofit conservation organization with more than 900,000 members and online activists dedicated to the protection of endangered species and wild places.

Center for Biological Diversity
http://www.biologicaldiversity.org/
Add Your Comments
Support Independent Media
We are 100% volunteer and depend on your participation to sustain our efforts!