Oakland Report Back from the Rojava Revolution, 12/12/15: audio

by Dave Id
Paul Z. Simmons recently traveled to Rojava, an autonomous region in war-torn northern Syria. Local residents shared with him how they, despite the obstacles, are currently building a society based on principles of direct democracy, gender equality, and sustainability. In Oakland, as part of a Bay Area tour, Paul spoke about his experiences seeing the Rojava Revolution first-hand (full audio below). 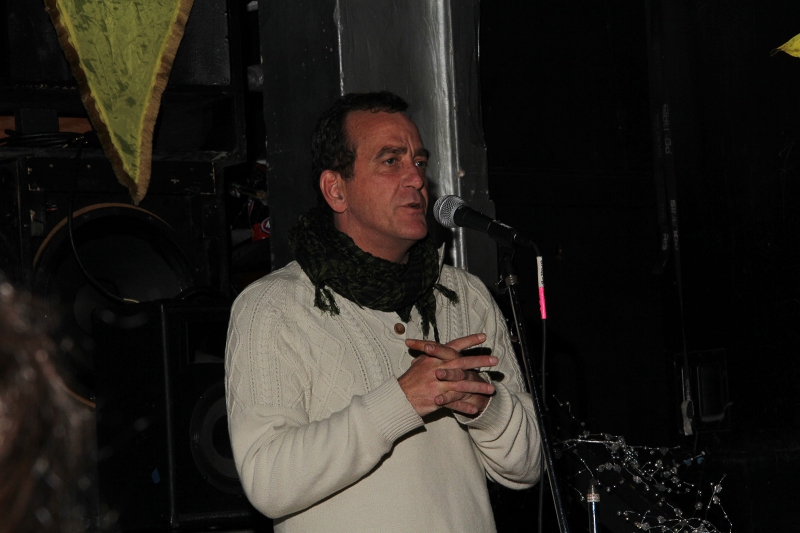 
From the event announcement: Simons talks about his experiences including crossing international boundaries under false pretenses, attending commune meetings in Kobane, high-velocity detours around ISIS sympathetic villages, and the camaraderie of the YPG militias. Simons had full access to the various revolutionary organizations and militias and will discuss their mandates and implementation issues associated with realizing a stateless society. Weaving together ideas of anti-authoritarianism, feminism, ecology, and a rejection of the state...

§Full audio of the Roja Revolution report back, including Q&A
by Dave Id
Listen now:
Copy the code below to embed this audio into a web page:
Download Audio (36.7MB) | Embed Audio
(audio 1:46:48)

Open the slideshow below to view Paul's photos while listening to his presentation.

§Report back slideshow
by Dave Id 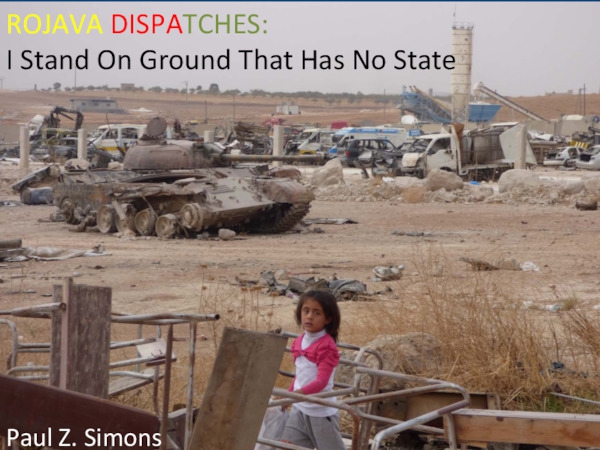 This slideshow covers the first hour of the audio above, until questions from the audience begin.

§No State. No Caliphate banner with YPG flag
by Dave Id 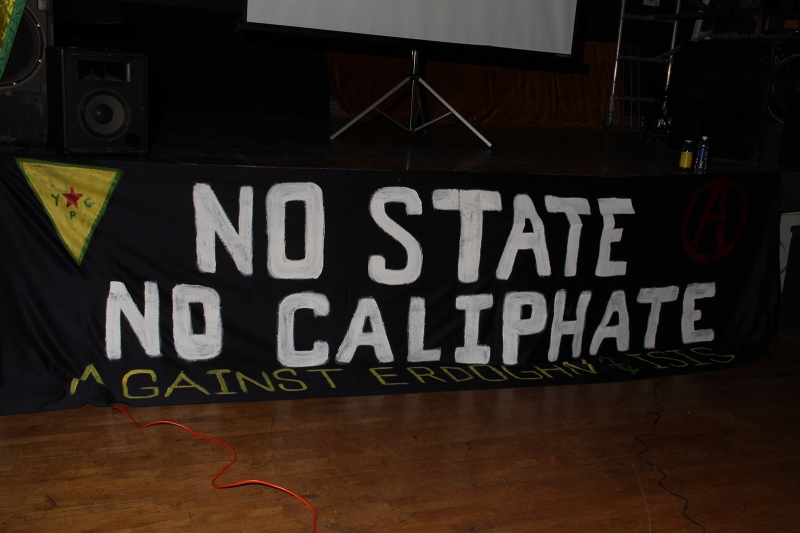 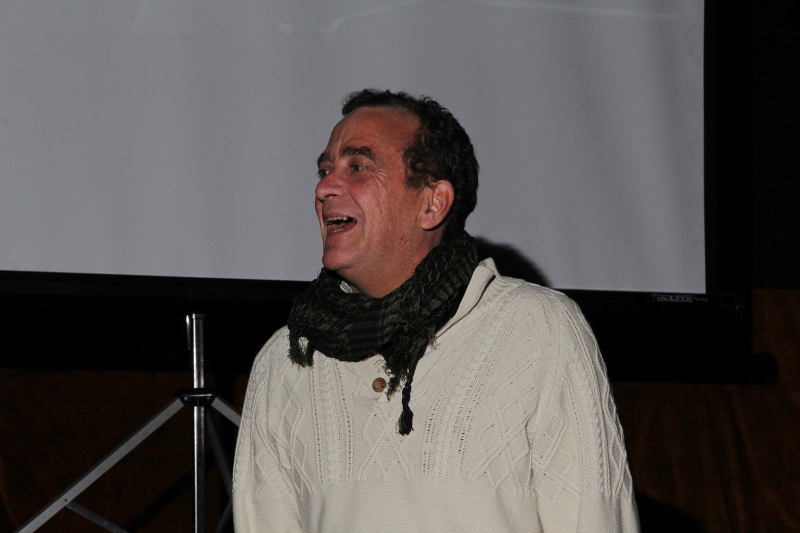 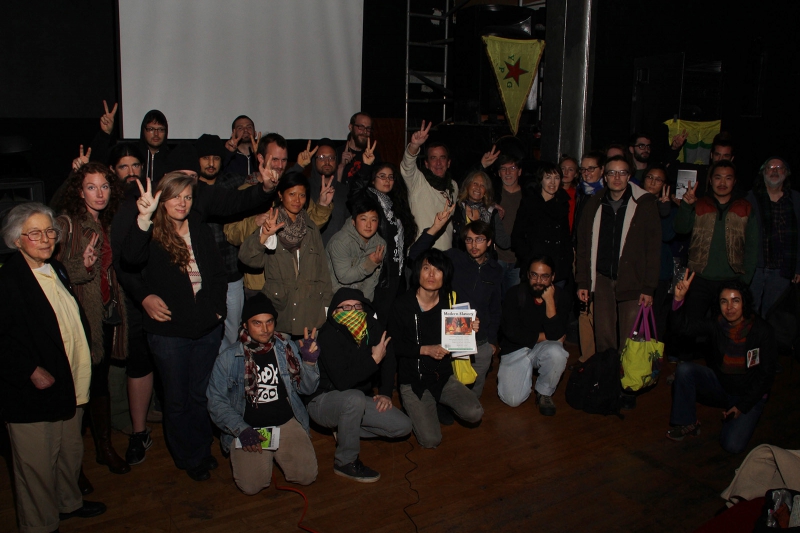 original image (1600x1067)
The report back attracted a good-sized crowd, this photo representing perhaps a third of those who attended at the Omni in Oakland.

Add Your Comments
Latest Comments
Listed below are the latest comments about this post.
These comments are submitted anonymously by website visitors.
TITLE
AUTHOR
DATE
There are no “good guys” in Syria’s civil war.
Anon
PDF of "Dispatches From Rojava" zine
RDK
Support Independent Media
We are 100% volunteer and depend on your participation to sustain our efforts!