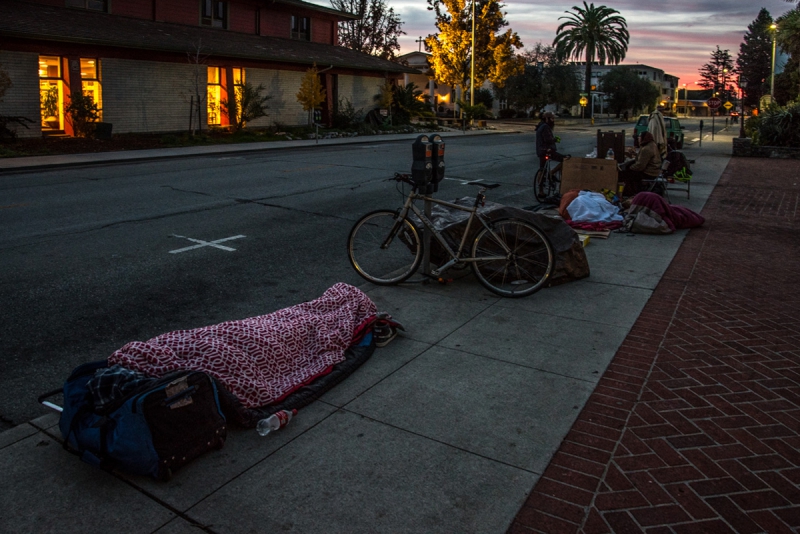 original image (1200x801)
Over the course of the protests, the Santa Cruz Police Department and city staff have taken extreme measures to prevent people from entering and sleeping in the city hall complex at night. The area is marked "no trespassing" between the hours of 10 pm and 6 am.

Police raids have been the norm for the majority of the sleepouts, with SCPD officers ticketing and sometimes arresting demonstrators for their participation.

No one was arrested or cited at the December 8 sleepout, but a group of security guards stood watch over, and patrolled, the city hall courtyard all night long.

Despite the heavy security presence, a small group of sleepers have made it through the night for every one of the protests since July 4. Protesters have mostly slept on the sidewalk, but some also take shelter in the landscaping area of the public library.

Organizers of the sleepouts typically have a variety of food items to share with those in need, and breakfast is also served each morning. Sometimes bedding and sleeping supplies are also provided, but those items go fast and people with no possessions usually sleep on cardboard.

On the nights the protests are held, the location has generally been the only place for people who have nothing to go. 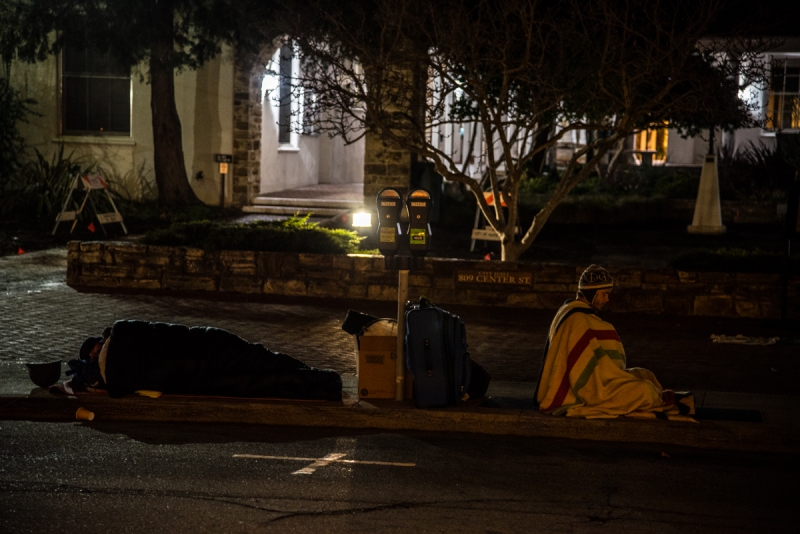 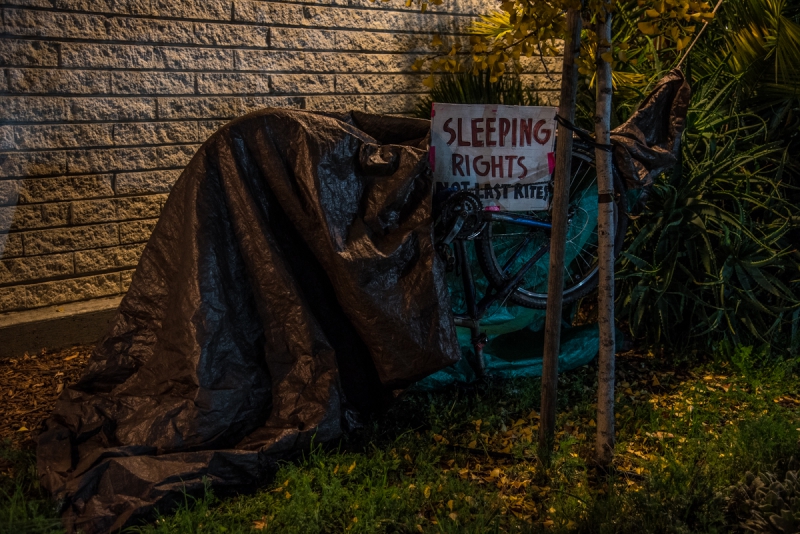 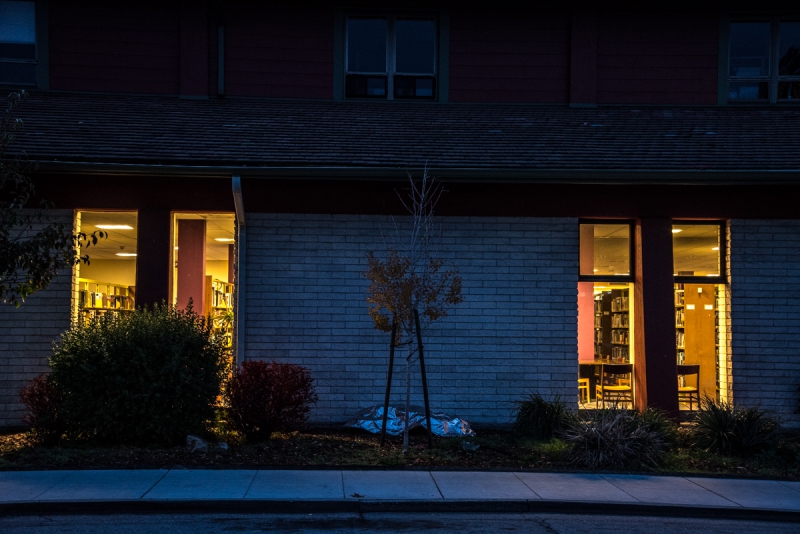 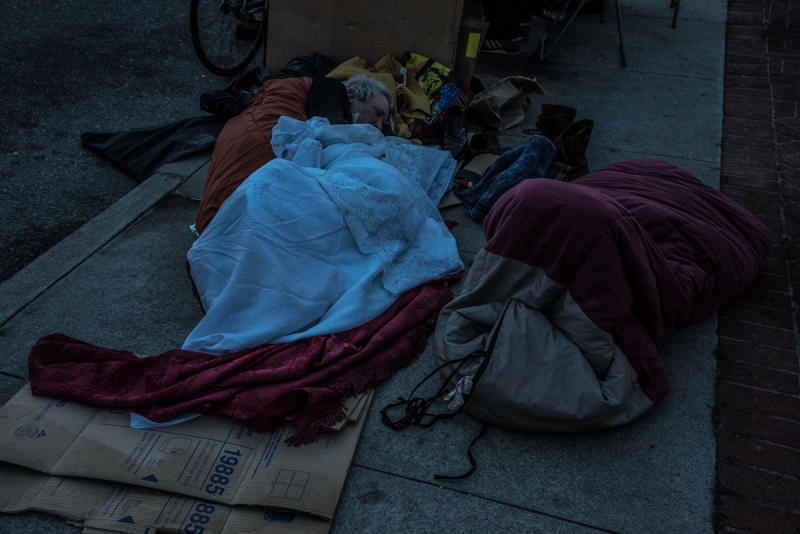 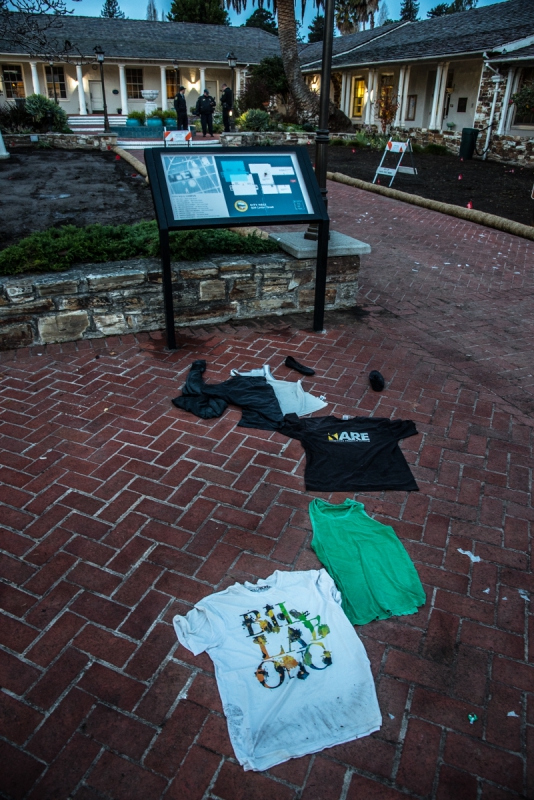 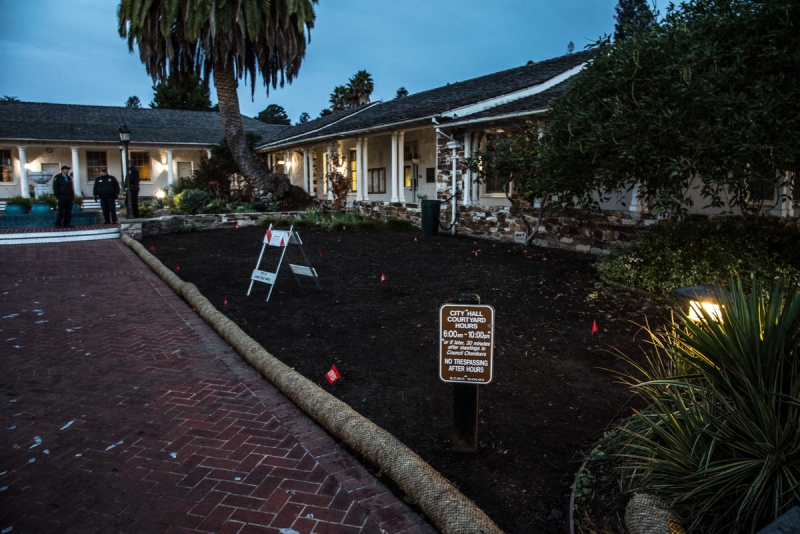 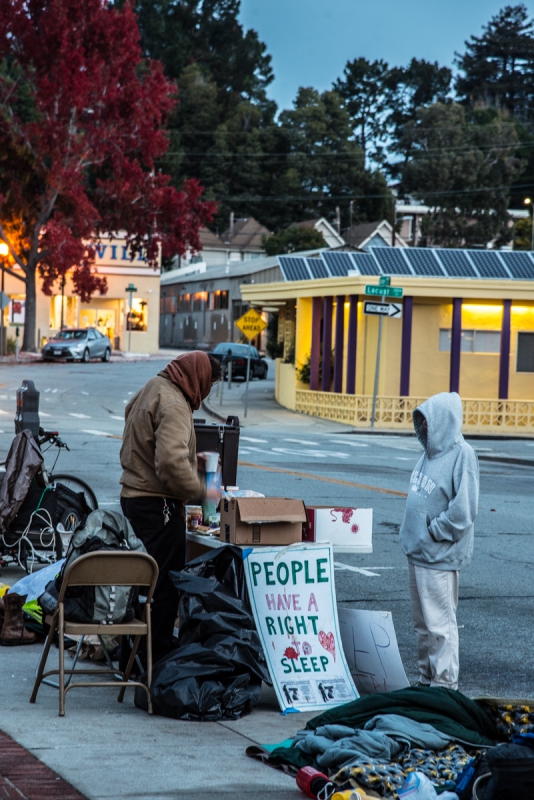 original image (801x1200)
Add Your Comments
LATEST COMMENTS ABOUT THIS ARTICLE
Listed below are the latest comments about this post.
These comments are submitted anonymously by website visitors.