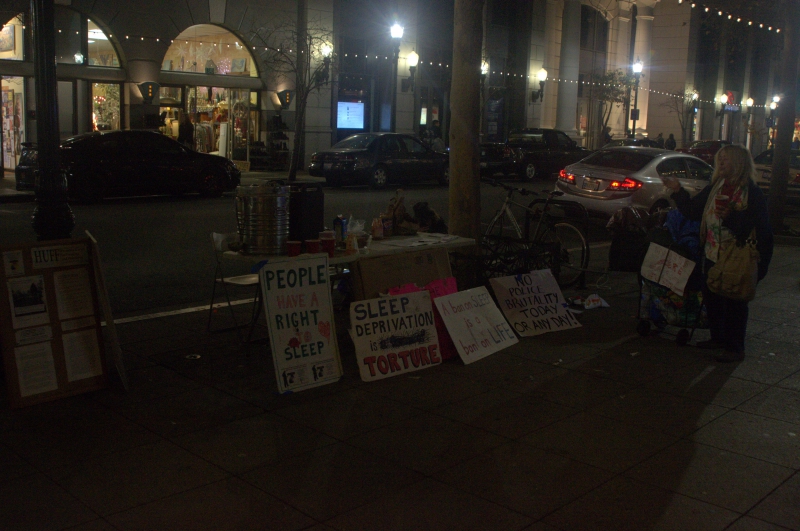 original image (3600x2391)
As the city council met in the Palomar Inn’s banquet room last night to celebrate the tenure of new mayor Cynthia Matthews, Freedom Sleepers held a protest on the sidewalk with free coffee, soup, and PB&J sandwiches. They set up signs, handed out flyers advertising an upcoming event at the Resource Center for Non-Violence on December 13, chanted, and sang with busking musicians that had set up right next door.

A small group of protestors also entered the banquet room during the council’s meal with a sign reading “A Ban on Sleep is a Ban on Life.” They stayed in the room for several minutes and exchanged some conversation with council members, then returned to the sidewalk to continue serving food and coffee. The group attempted to enter the banquet room a second time, but were halted by Santa Cruz police officers and told they would not be entering the room. An argument ensued between the protestors, police, and the managers of both el Palomar Restaurant and the Palomar Inn Building. Protestors maintained they had a legal right to access a meeting of city council members, while the managers insisted that they were on private property and had to leave under threat of arrest for trespassing. After a several minute stand-off, the protestors again returned to the sidewalk until the city council left the building.

The table, signs, and food were then relocated to city hall for the regular weekly sleepout. The Freedom Sleepers have been sleeping out in front of city hall once a week for the past 22 weeks to protest the Santa Cruz sleeping/camping ban law, which makes it illegal for anyone to sleep in public between certain hours of the night and morning. The Freedom Sleepers maintain that this law is inhumane and punishes people for existing while houseless, having no other option than to sleep outdoors.
§Councilmember Micah Posner waves to protestors
by zh Wednesday Dec 9th, 2015 6:09 PM 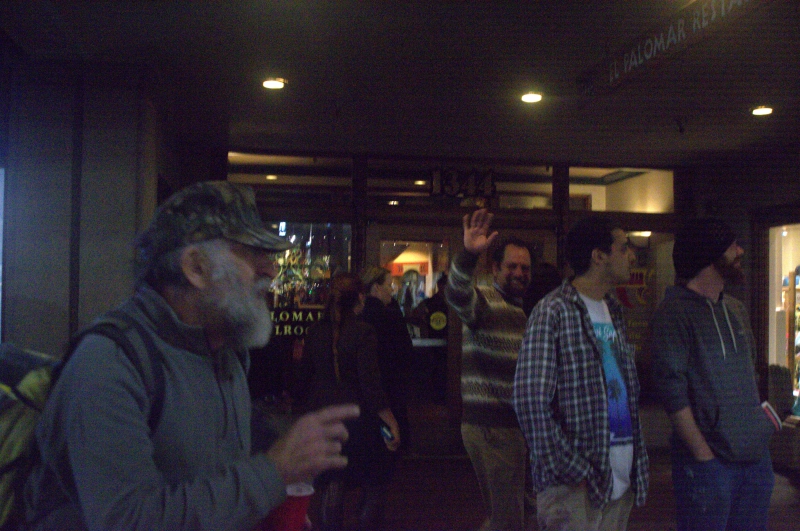 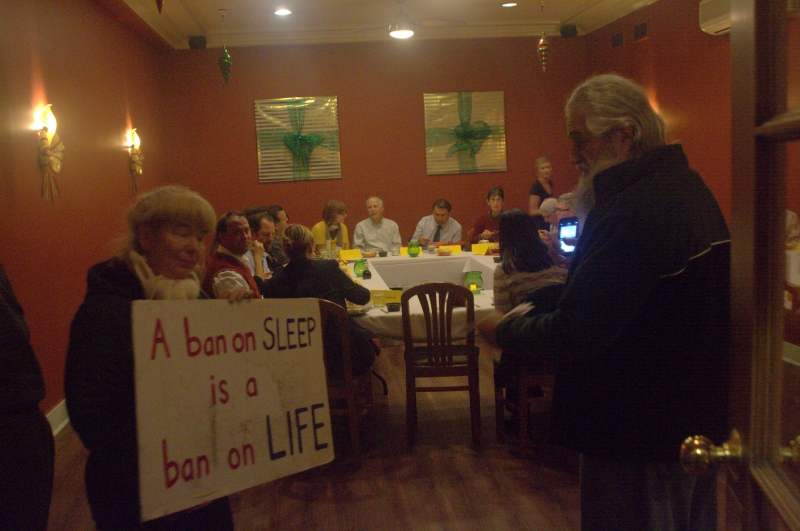 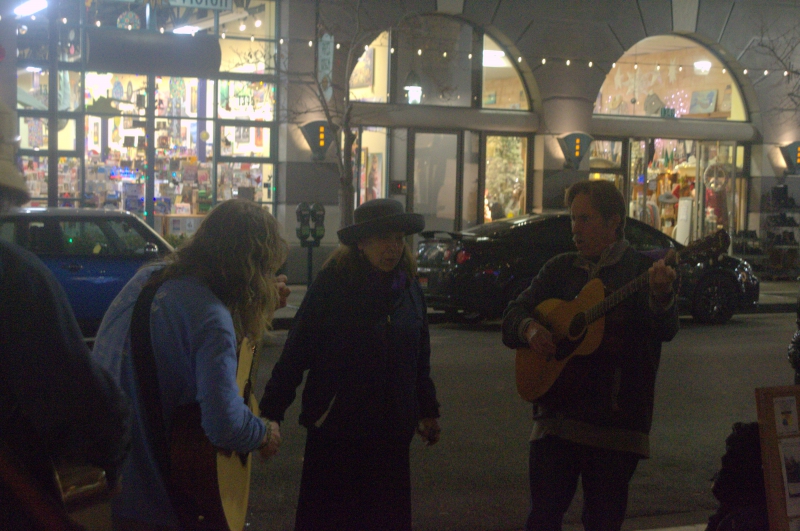 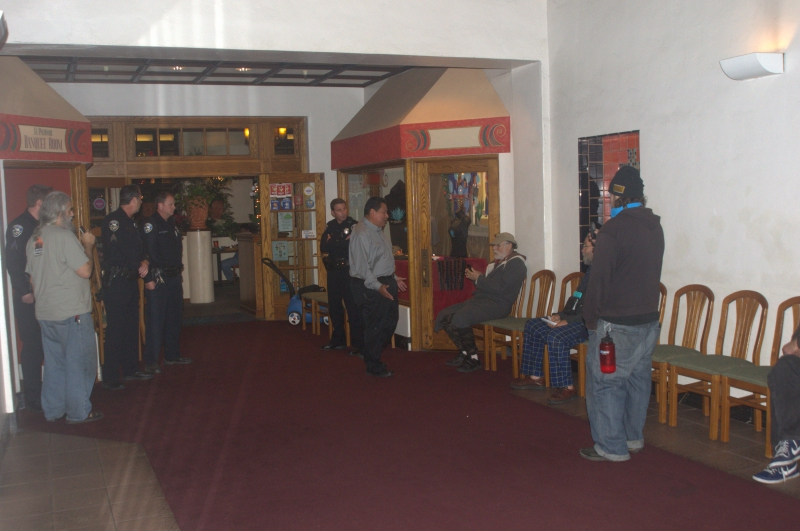 original image (3600x2391)
Add Your Comments
LATEST COMMENTS ABOUT THIS ARTICLE
Listed below are the latest comments about this post.
These comments are submitted anonymously by website visitors.