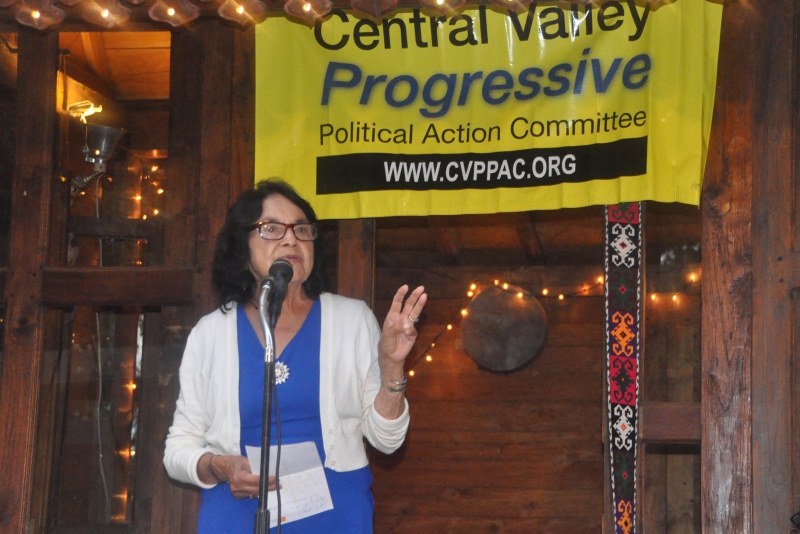 “Whose got the power? We have the power!” That chant rang out loud and clear from the 200+ attendees of the CVPPAC Evening with Dolores Huerta. “What kind of power? People power!” Huerta, who led the chant, declared the night a “historic moment” and part of an “electoral revolution” in Fresno and the Central Valley.

Pam Whalen, president of the CVPPAC, said, “This was by far the largest and most exciting event our group has ever held. It shows that we are building momentum and that there is optimism about the future. As Huerta said, “Si Se Puede” (Yes we Can!)”

In her speech, Huerta said, “We’ve got to learn how to do this work at the grassroots level so we can get (progressives) on those school boards, get on the City Councils, get good people elected to the state legislature and Congress.” She continued, “Some people used to say, back in the 60s and 70s, that if you want to get ahead you have to leave the Central Valley. Well, you know what? Some of us have to stay here and fight for social justice. You know, this is not a poor area. Our people are poor because all of the money is on the top, and none of that money gets down to the working people and the people who really create the wealth in the Central Valley.”

The purpose of the CVPPAC is to develop an electoral strategy that will get progressives elected to local offices. Right now, the group is gearing up for the 2016 elections and has a close eye on several races, including the Fresno Unified School District trustees, City Council, the mayoral race and the Board of Supervisors. Whalen says that “events like this show that we can build a labor/community alliance and get the support needed that will succeed in shifting the balance of power in this town.”

Huerta, speaking at the Sept. 27 event, said that by focusing on electoral politics in the Bakersfield area they have won 11 elections. “We now have a majority of progressives on the Arvin City Council; three of them are under the age of 25. We have taken over the water board, we have taken over the recreation board and we have our people on four different school boards.”

She said that there were only 40 farmworkers who traveled throughout the country when the United Farm Workers union started the grape boycott, which brought the grape industry to the bargaining table. Observing the large crowd at the event, Huerta said she believed that it would be possible for progressives here to rise up and win political power.

Winning political power in Fresno requires progressives to not only talk the talk, but walk the walk. Huerta did just that when she handed Whalen a check for her membership in the CVPPAC and encouraged others to do the same.

The next Central Valley Progressive PAC meeting will take place on Saturday, Nov. 14, at 3:30 p.m. at the Fresno Center for Nonviolence, 1584 N. Van Ness Ave. For more information, contact Pam Whalen at 559-994-9390 or pamwhalen [at] comcast.net or visit http://www.cvppac.org. 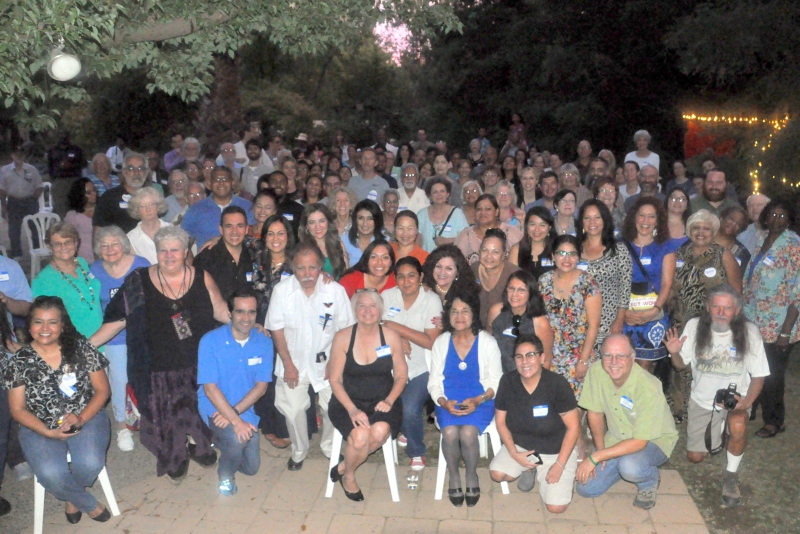 original image (4048x2707)
Some of the enthusiastic crowd at the Sept. 27 event—An Evening with Dolores Huerta. Photo by Howard Watkins
http://www.cvppac.org
§Video
by Mike Rhodes Sunday Oct 11th, 2015 4:24 PM
Copy the code below to embed this movie into a web page:
Download Video (215.1MB) | Embed Video
This is a short 2:27 video of highlights from An Evening with Dolores Huerta.

http://www.cvppac.org
§Audio
by Mike Rhodes Sunday Oct 11th, 2015 4:24 PM
Listen now:
Copy the code below to embed this audio into a web page:
Download Audio (21.9MB) | Embed Audio
This is an audio recording of Dolores Huerta’s remarks at the September 27 event. This 23:57 minute .mp3 was first heard on KFCF 88.1 FM in Fresno.
http://www.cvppac.org
Add Your Comments