by Monterey County News
Today, as a parish celebration of the sainthood of Junipero Serra was scheduled to take place at the Carmel Mission Basilica, a statue of Serra was toppled over and paint was smeared on two grave sites, as well as on signs with the name of Serra, and on the doors of the mission. One mission artifact was inscribed with the statement, "Saint of Genocide". As founder of the California mission system, Junipero Serra oversaw the enslavement and torture of tens of thousands of Native Americans. Serra symbolize the genocide to many people, and his remains are buried at the Carmel mission. Despite widespread objections, Junipero Serra was canonized on September 23 at the National Shrine in Washington DC by Pope Francis during his US visit. Carmel police have said in the media that no Native American tombstones were vandalized, only the graves of Europeans. 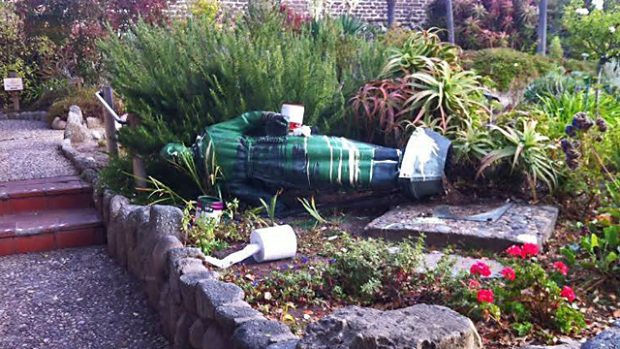 Mission Carmel responded to the incident by posting photos and a series of messages on Facebook:

"We are sadden to learn this morning of vandalism inside the entrance courtyard in front of the Basilica early this morning. Staff and police are in route to investigate. Apparently a person or persons broke in, splattered paint and toppled down the courtyard statue of St. Serra and other historic statues on display. More details to follow. Pray that the people how did this take responsibility for their actions on this sacred property and that they seek reconciliation."

"Breaking News Update--staff on scene assessing the damage. The bronze statue was broken off at the base, and terrible messages were etched in the base of the statue. Green paint poured on statue, white paint in the cemetery, paint on the rear doors to the church, grave stones splattered with paint, and insults written on monuments. We will have pictures later."

"The Mission needs volunteers and skilled professionals to volunteer with the clean up today. If you can help please come down and offer your assistance. The way to healing is peace and service."
§"Saint of Genocide"
by Monterey County News 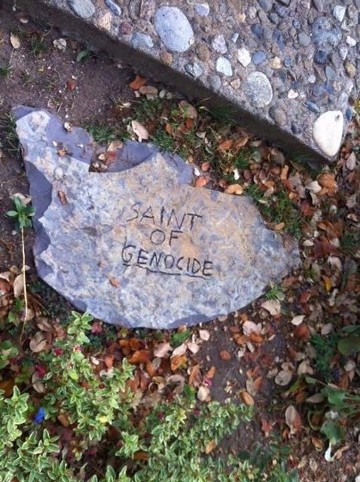 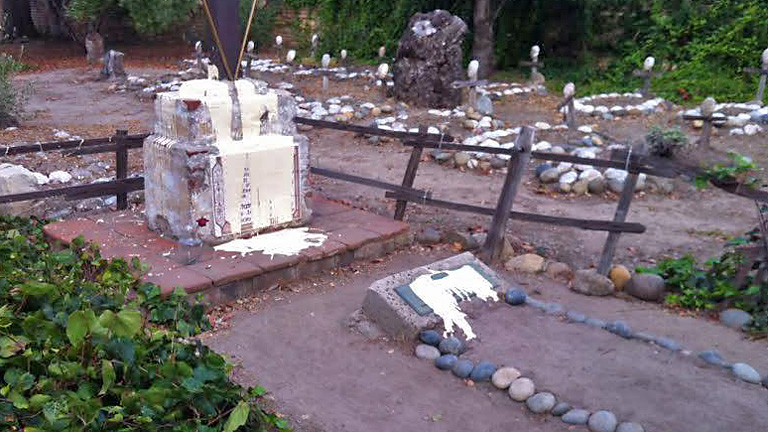 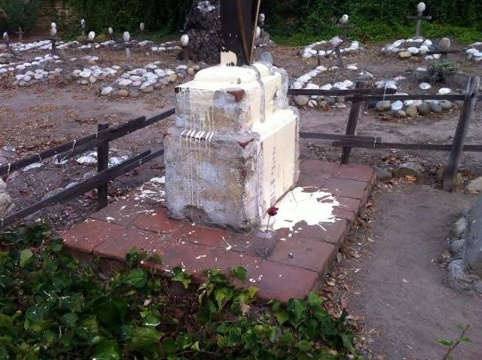 §Paint on door of mission
by Monterey County News 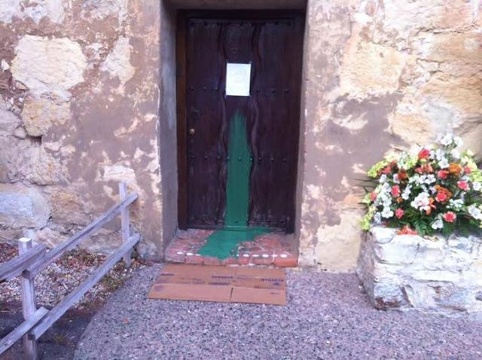 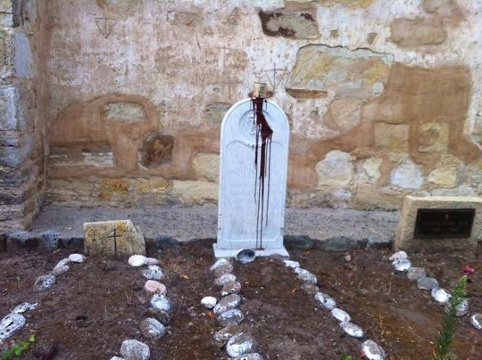 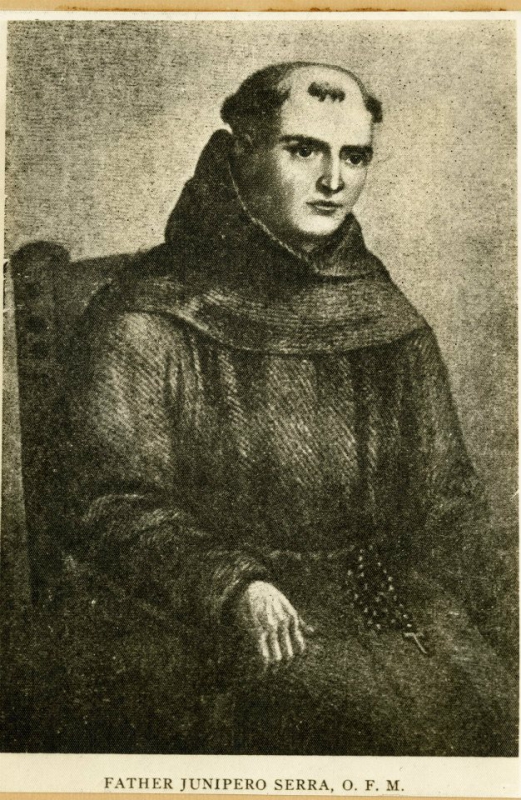 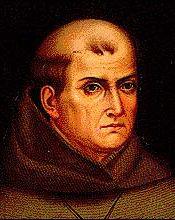 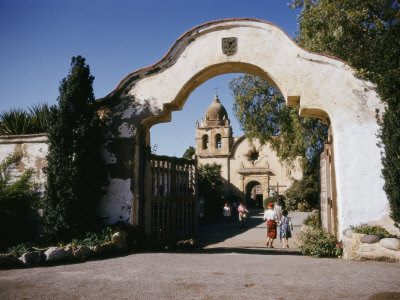 Add Your Comments
Latest Comments
Listed below are the latest comments about this post.
These comments are submitted anonymously by website visitors.
TITLE
AUTHOR
DATE
loteria 2
el gringo
Mission Carmel censoring comments on their Facebook page
From Facebook
thanks
memopries
Support Independent Media
We are 100% volunteer and depend on your participation to sustain our efforts!