Add an Event
Newswire
Calendar
Features
Home
Donate
From the Open-Publishing Calendar
From the Open-Publishing Newswire
Indybay Feature
Publish to Newswire
Add an Event
Related Categories: Santa Cruz Indymedia | Government & Elections | Health, Housing & Public Services | Police State & Prisons
City Hall Sleepout #8
by Alex Darocy (alex [at] alexdarocy.com)
Monday Sep 7th, 2015 2:41 PM
Community members protesting local laws that criminalize homelessness returned to Santa Cruz City Hall on September 1 for their eighth all-night sleepout. In response, the Santa Cruz Police Department rented large lighting units in an attempt to illuminate the entire City Hall courtyard, and security guards were hired to patrol the premises all night. By the end of the evening, fifteen demonstrators were issued citations for being at City Hall after 10pm, and two individuals were arrested. A large group remained and slept until morning, however, and were served breakfast by volunteers. They have planned the next sleepout for September 8. 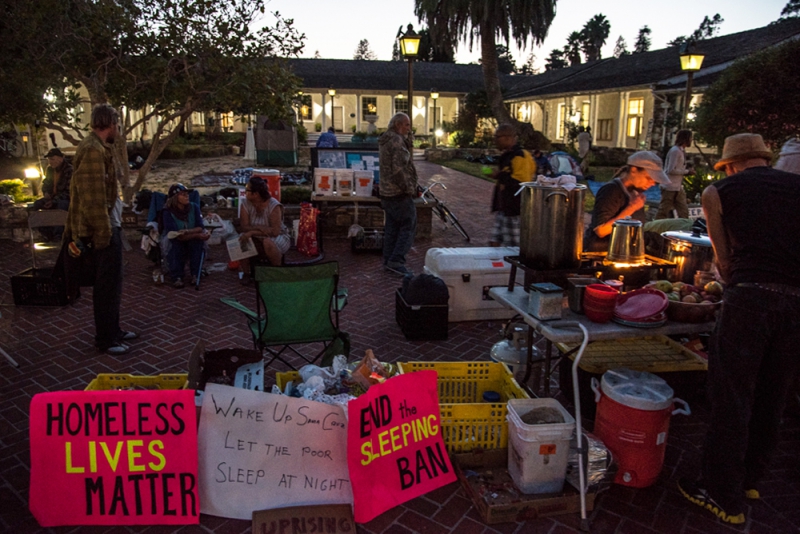 original image (1000x668)
Santa Cruz City Hall is closed to the public from 10pm to 6am. The group of protesters, some homeless and some not, faced increased pressure from police, who have been raiding all of the protests and ticketing individuals for trespassing.

The SCPD conducted their first raid on the campers on September 1 in the courtyard at about 11:30pm. They were led by Lt. Christian LeMoss, who wore a long billy-club all evening as he supervised the citation process.

Robert Norse, an activist with the group Homeless United for Friendship and Freedom (HUFF), was cited for being at City Hall after hours. When police confronted him, Norse informed officers that he wanted to speak with a local magistrate regarding the charge, and they arrested him and immediately took him to jail.

Most of the people who were in the courtyard were cited without warning, and the police physically grabbed at people who were lying down in their bedding if they did not respond to initial commands to leave City Hall.

As those who were cited were being "processed" by police, spectators looking on from the sidewalk began to enter the courtyard to join them as an intentional act of civil disobedience, and in turn they were also cited.

Keith McHenry of Food Not Bombs was entering the courtyard area to help individuals clean up the area around them as they were being cited by police, and McHenry himself was cited.

Sgt David Forbus announced loudly that McHenry was also being issued a 24 hour stay-away order from City Hall, and that he would be arrested if found on the premises again.

The warning did not deter McHenry from continuing to participate in the sleepout. He slept in a parking space in front of City Hall for several hours until police arrived again at 5:30am and cited him for being in a roadway. 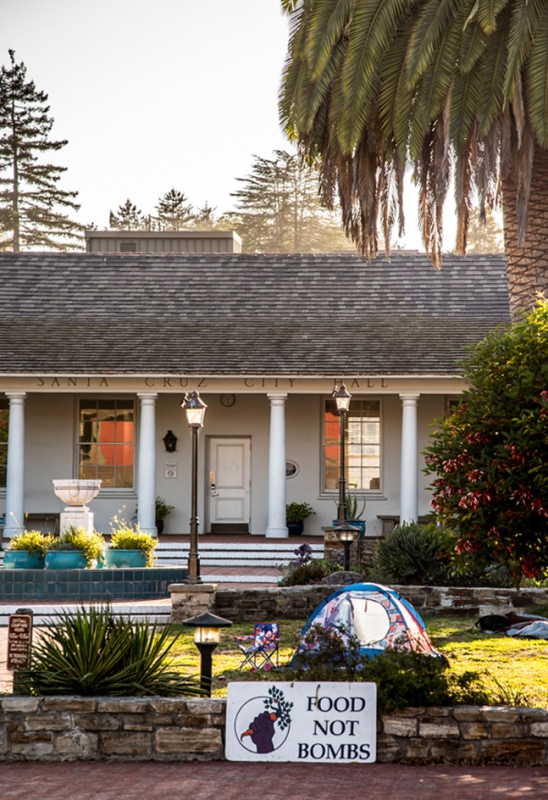 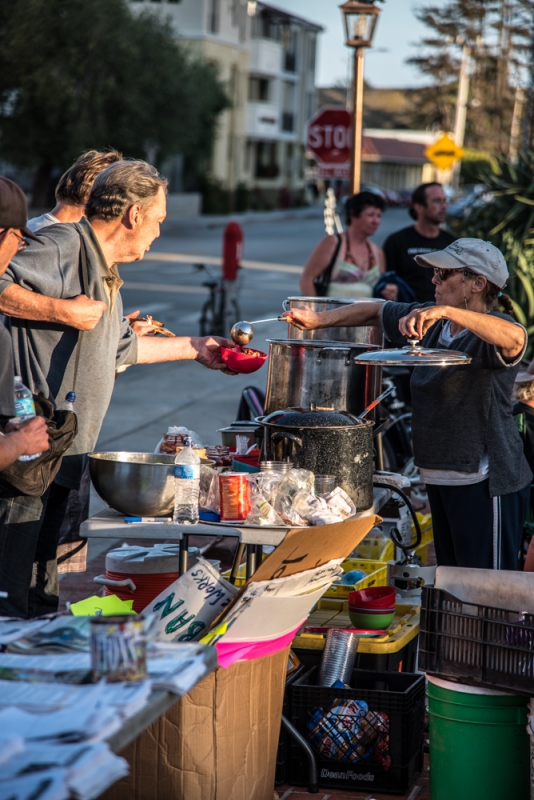 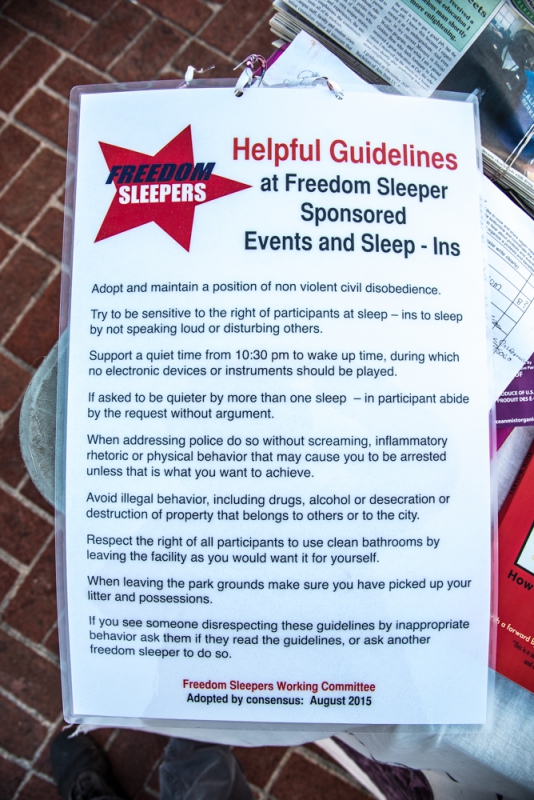 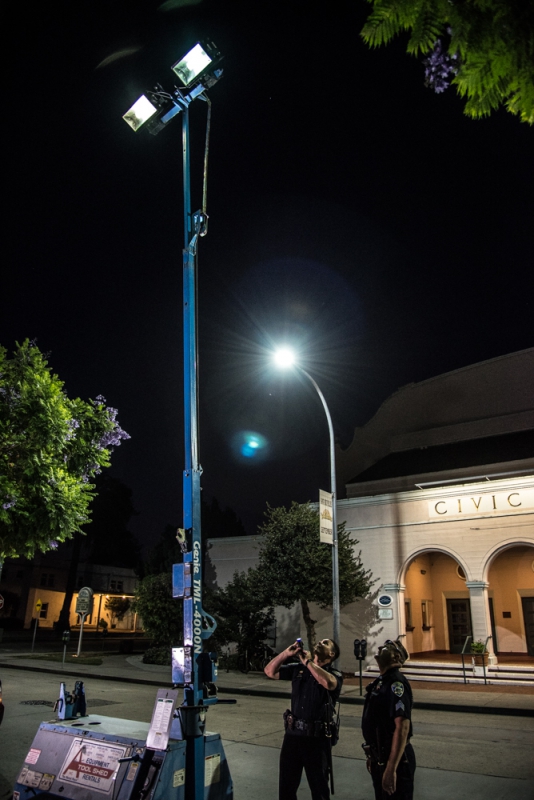 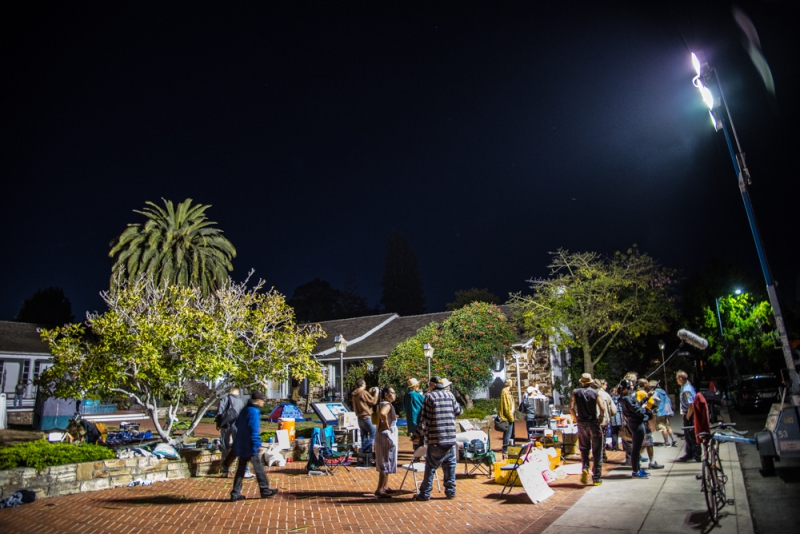 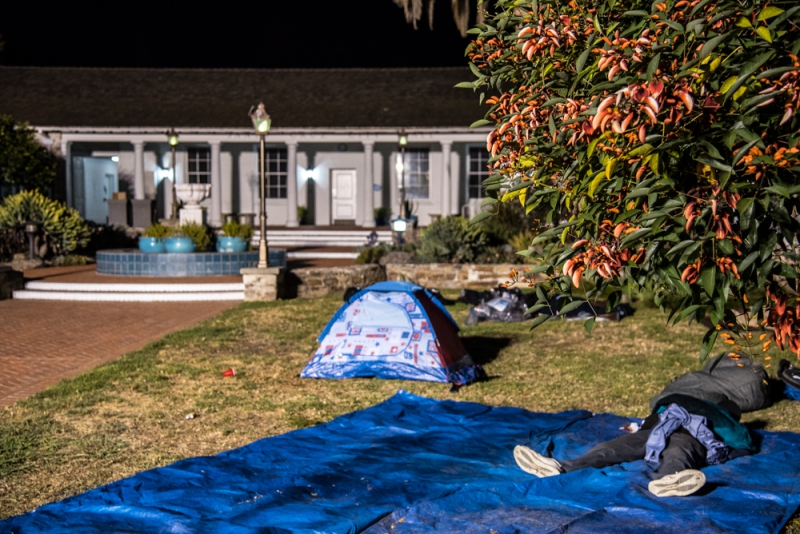 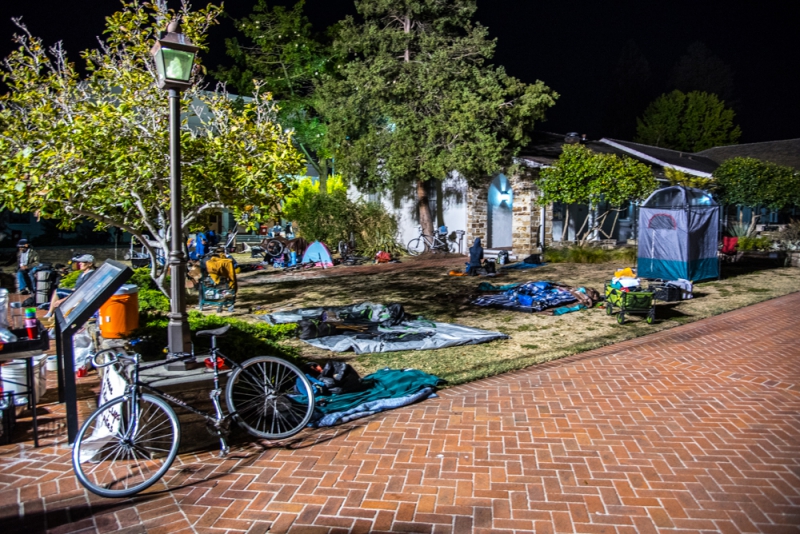 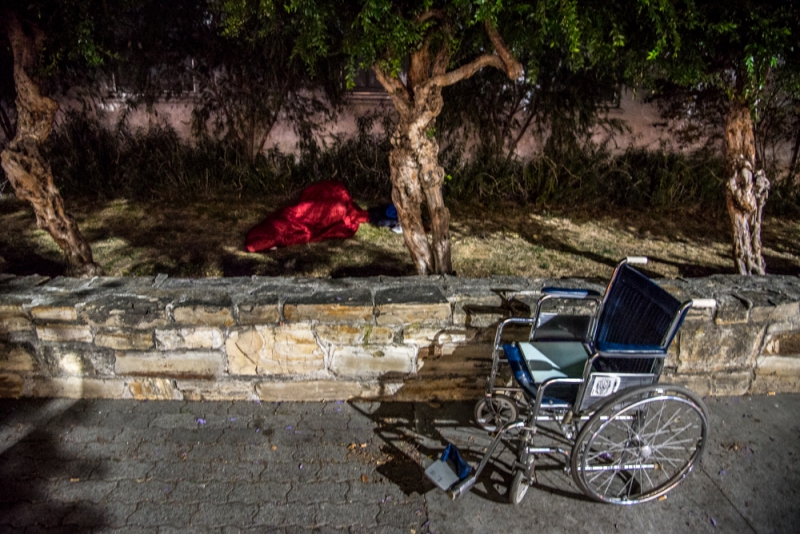 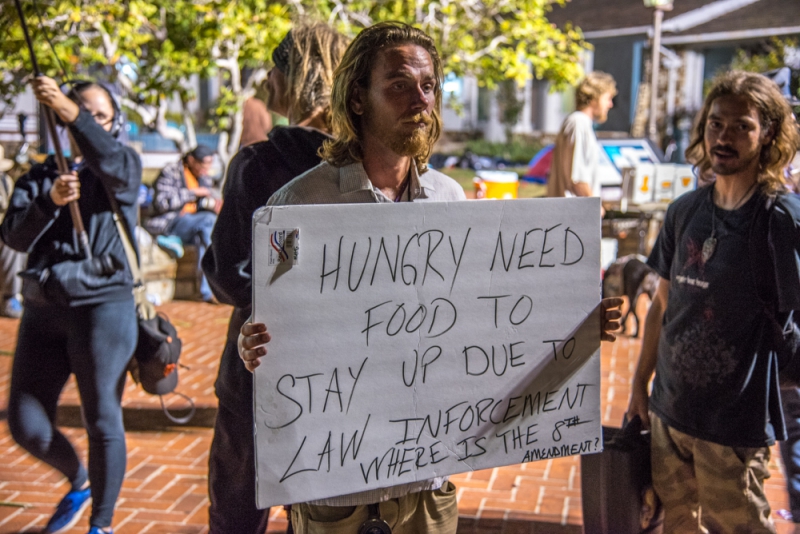 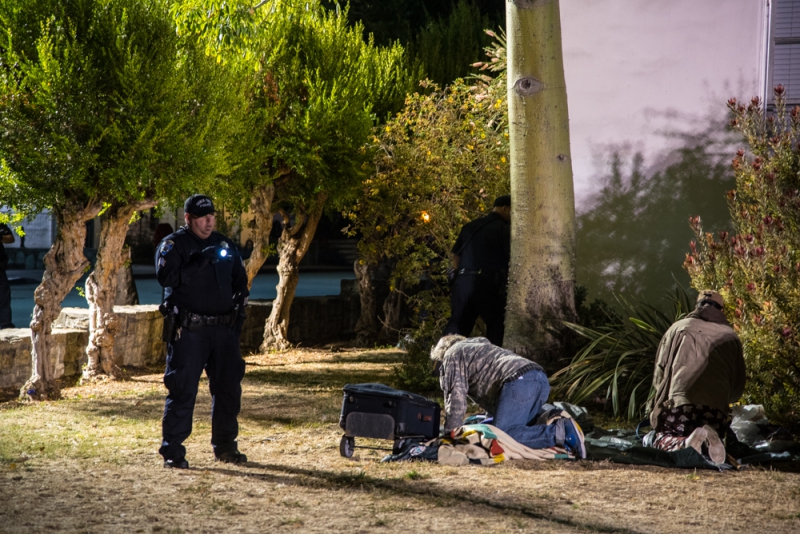 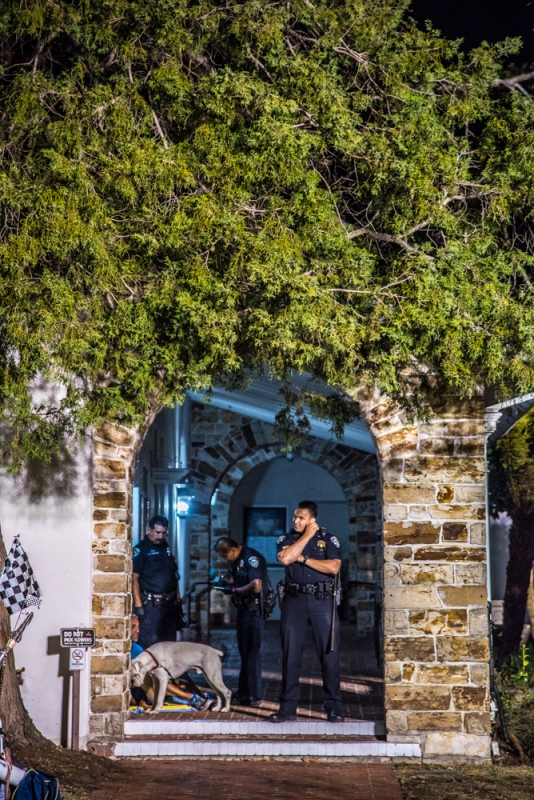 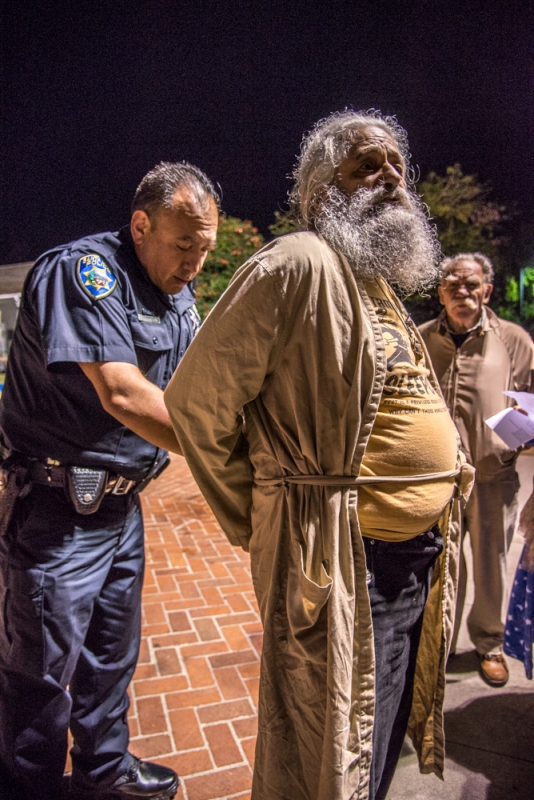 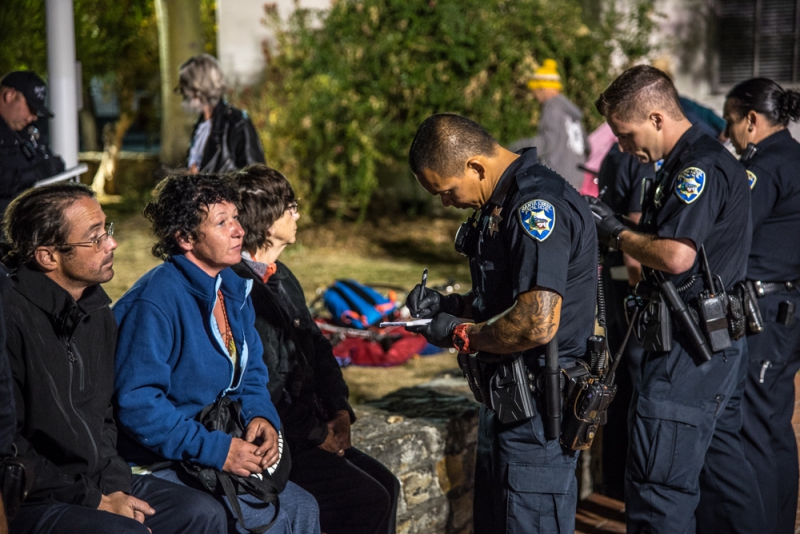 original image (1000x668)
Community Sleepout
Add Your Comments
LATEST COMMENTS ABOUT THIS ARTICLE
Listed below are the latest comments about this post.
These comments are submitted anonymously by website visitors.