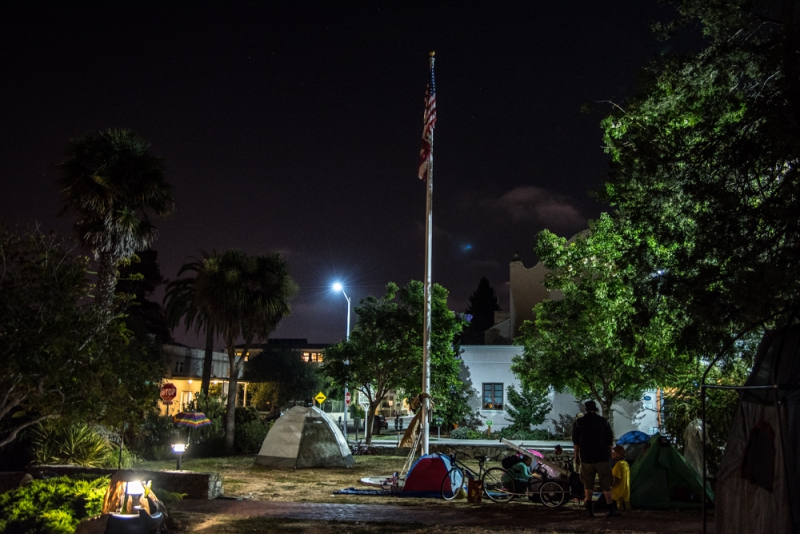 original image (1000x668)
Demonstrators, some of those who have homes of their own and some who do not, started arriving at City Hall at about 5pm. Several people started to sleep in the daylight as the city council held the afternoon portion of its meeting inside.

Despite multiple raids by officers with the Santa Cruz Police Department, dozens of people would stay and slept through the night. There were four visits in total by the police, two of which were conducted to arrest Abbi Samuels and Keith McHenry on charges unrelated to the sleepout.

At least five individuals were issued citations by police for being in the City Hall courtyard in the early morning hours of August 26. The area is closed to the public between the hours of 10pm and 6am, and police have conducted raids regularly during the series of seven sleepouts in order to disperse the protests.

As the sleepers began to rise in the morning, multiple rounds of breakfast were served by volunteers starting at about 7am. 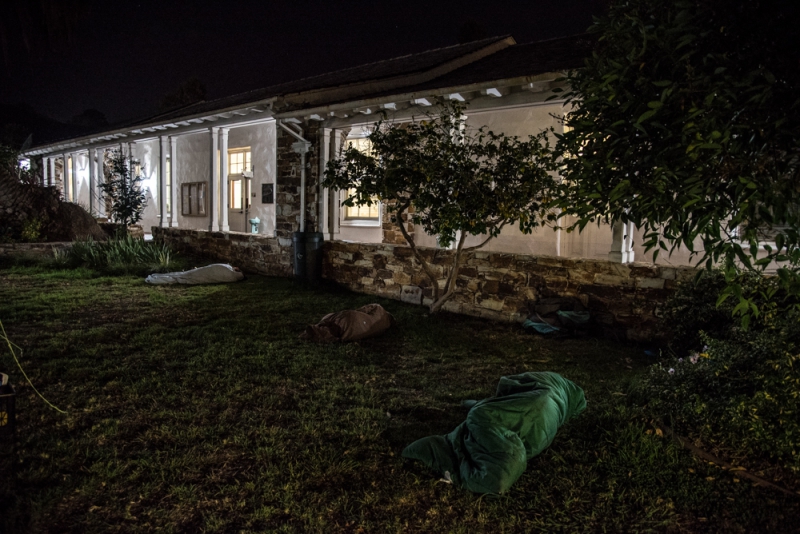 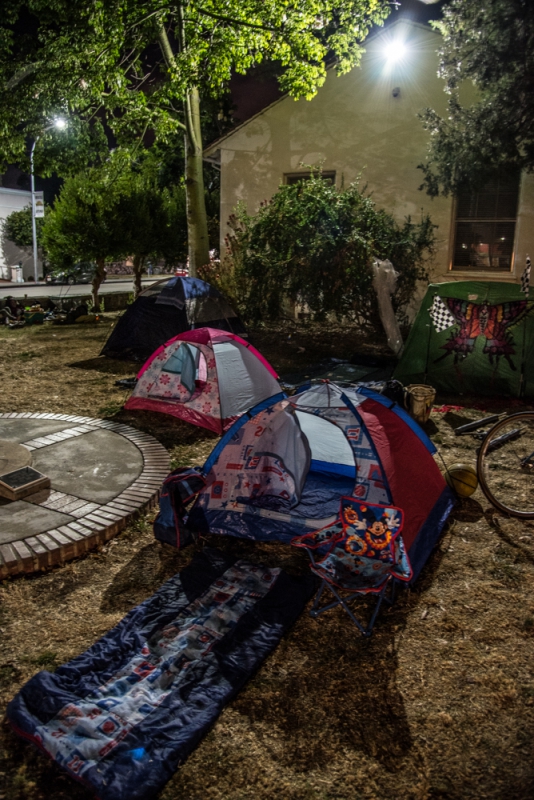 original image (668x1000)
§Police issue an individual a citation for being in the courtyard after hours
by Alex Darocy Tuesday Sep 1st, 2015 3:29 PM 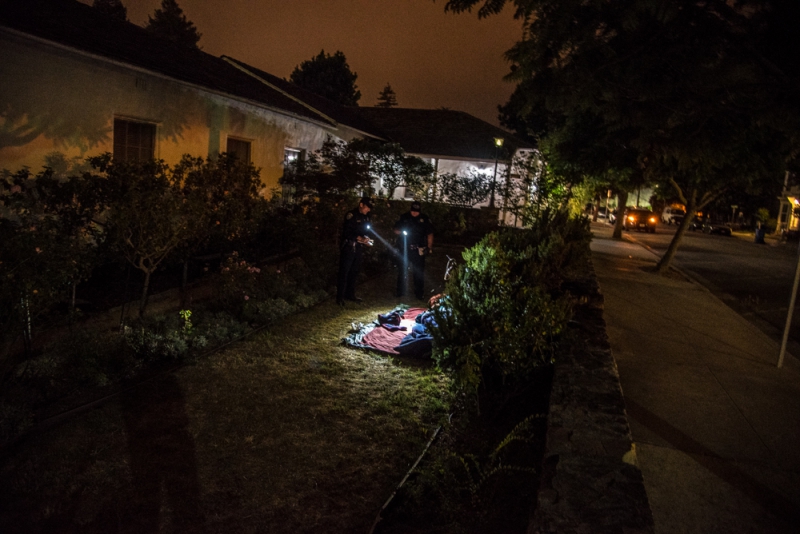 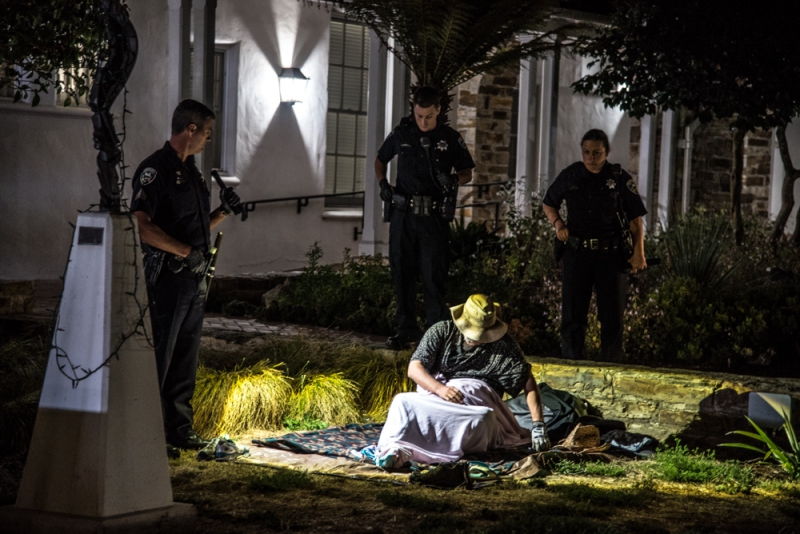 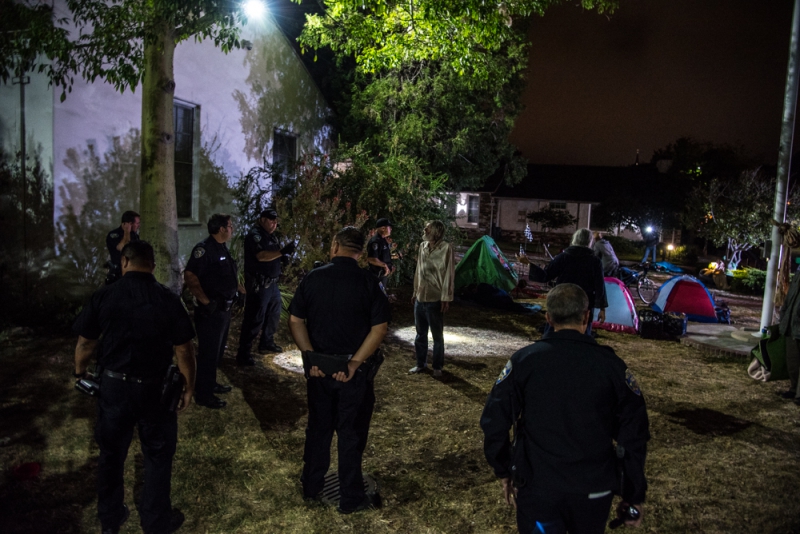 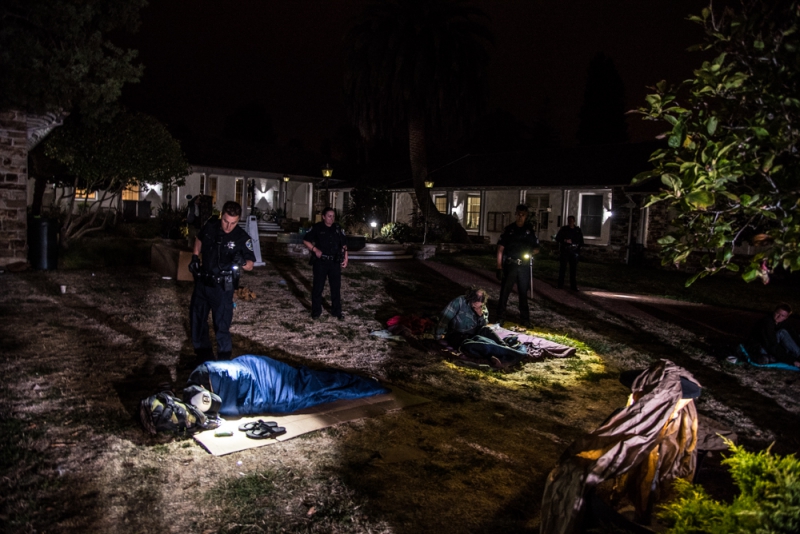 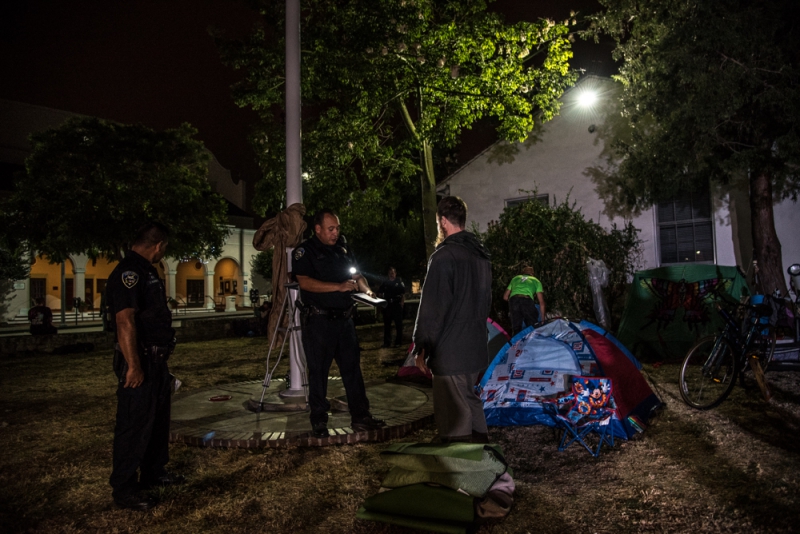 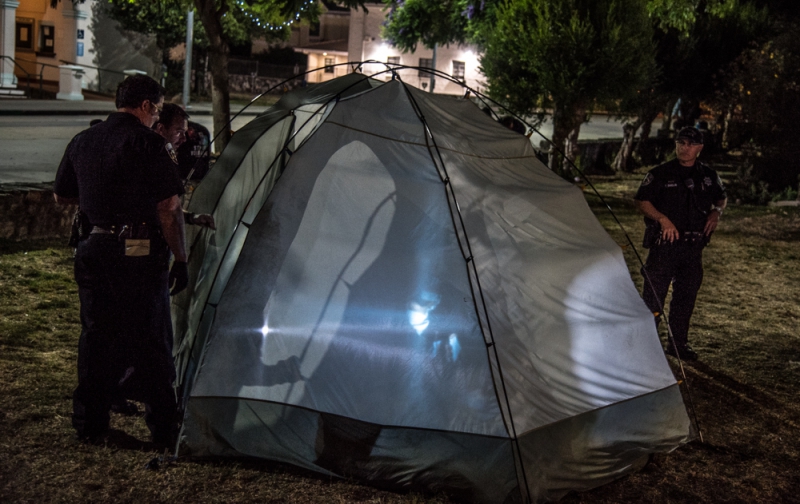 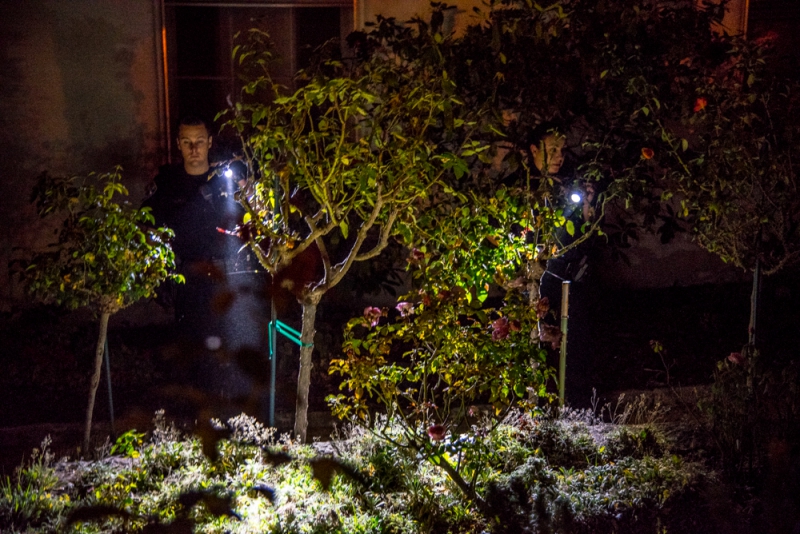 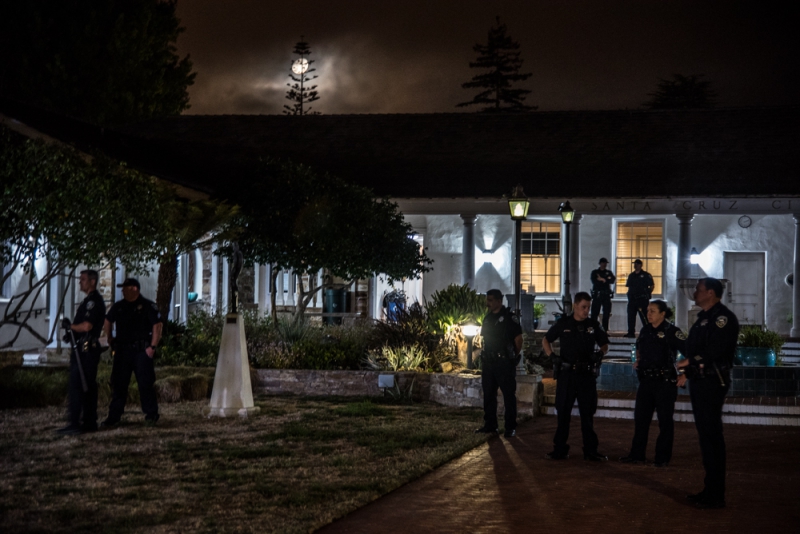 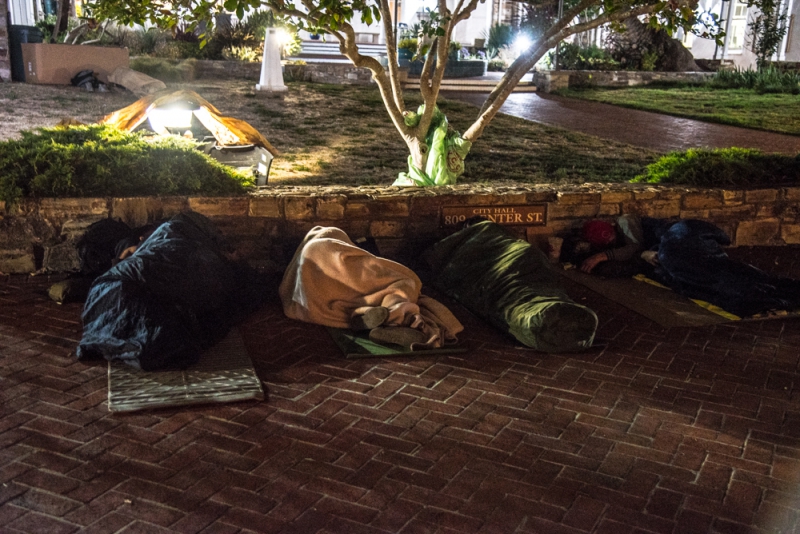 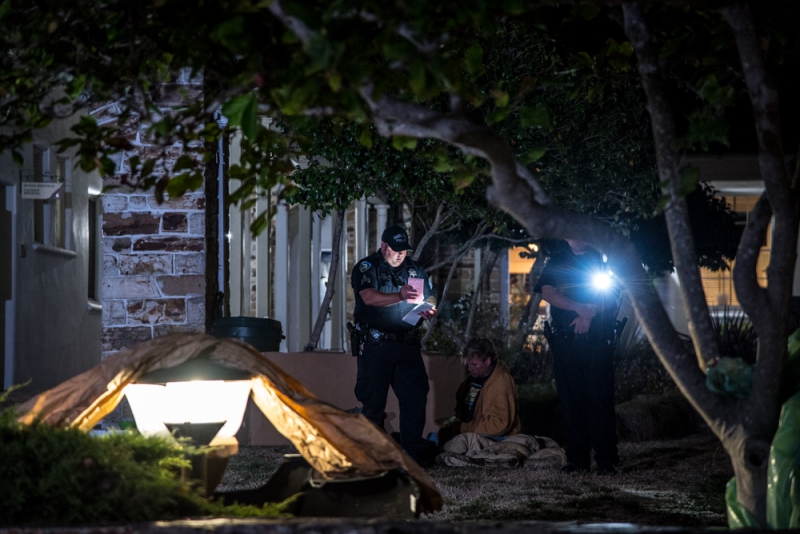 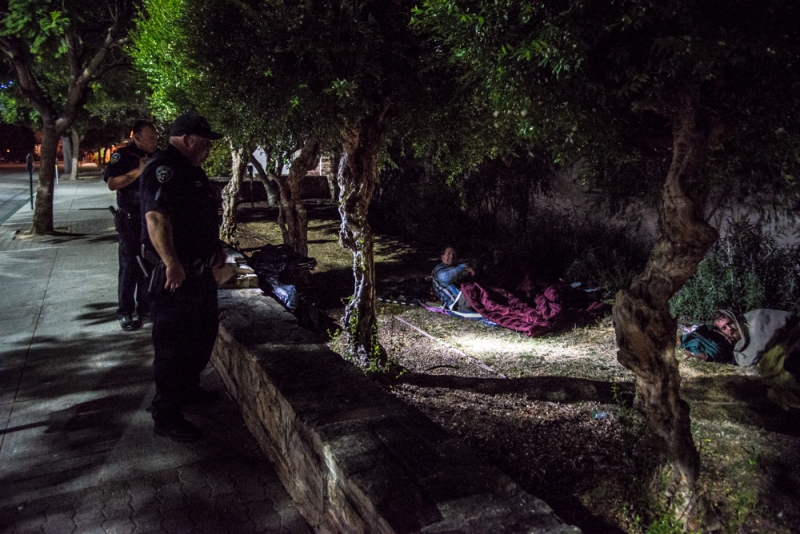 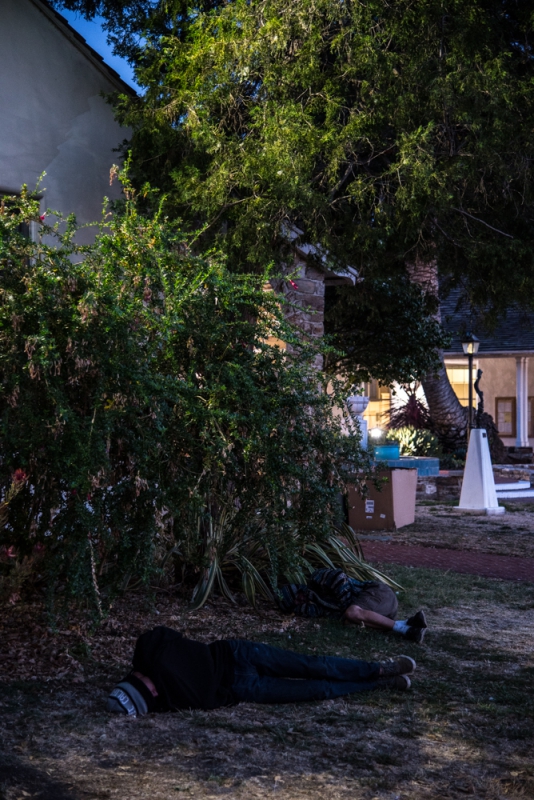 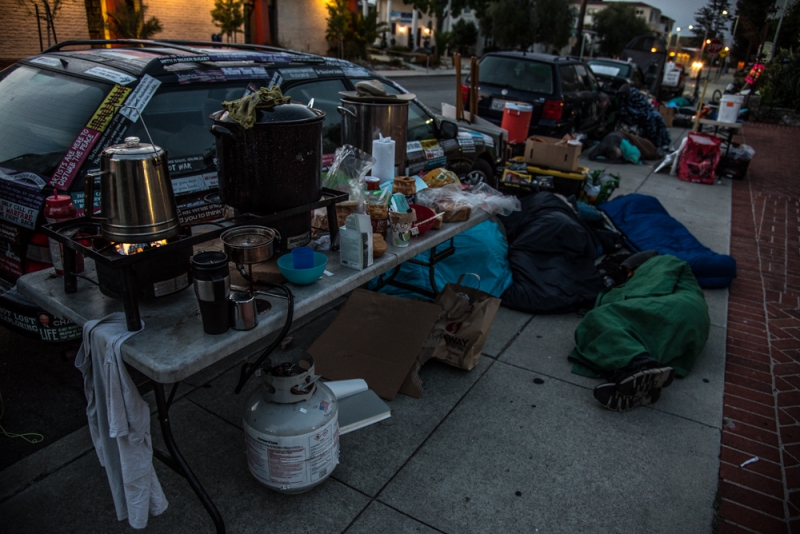 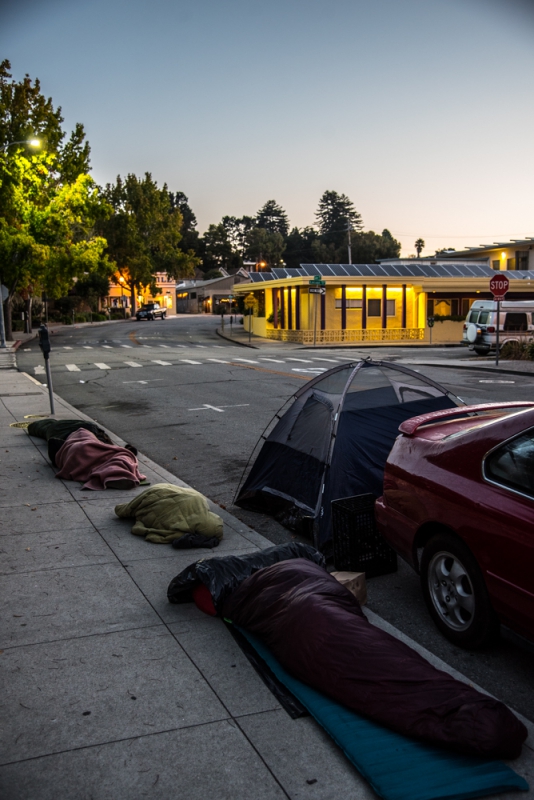 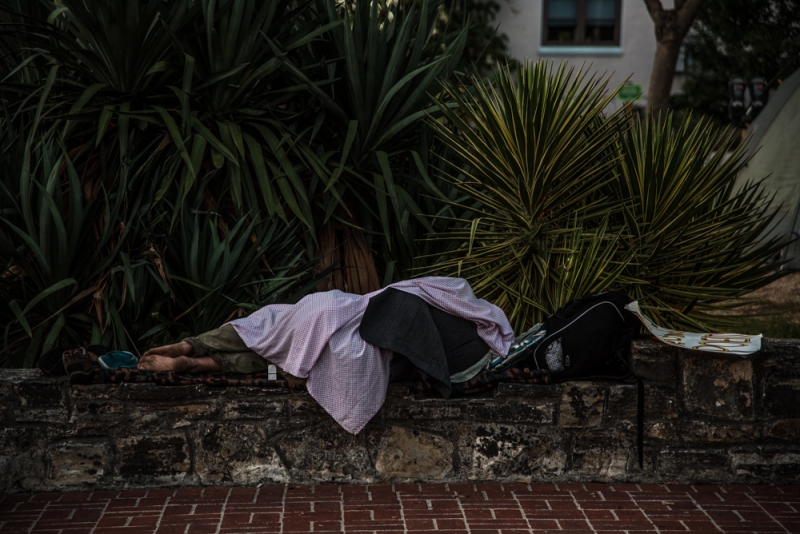 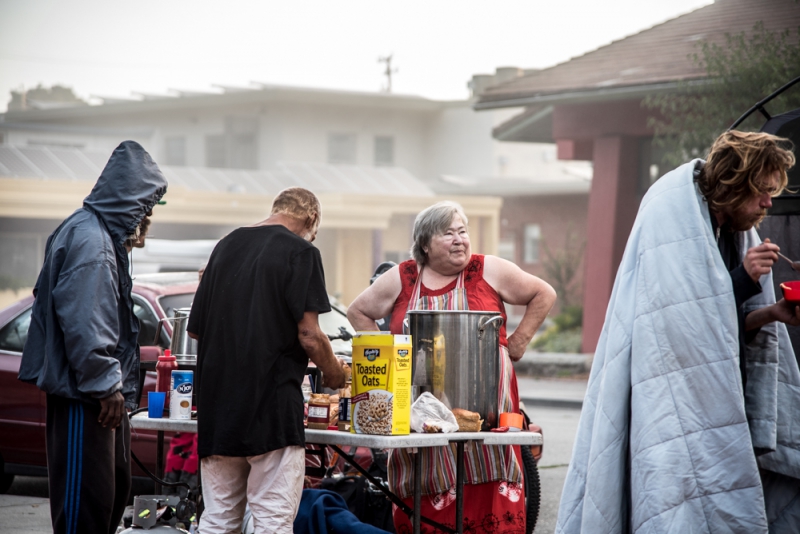