by Alex Darocy (alex [at] alexdarocy.com)
More than 60 people gathered at Santa Cruz City Hall on August 18 for the latest in a series of community campouts organized to protest local laws that ban sleeping in public. It was the sixth held at City Hall since July, and was attended by approximately twice as many sleepers as the previous campouts. 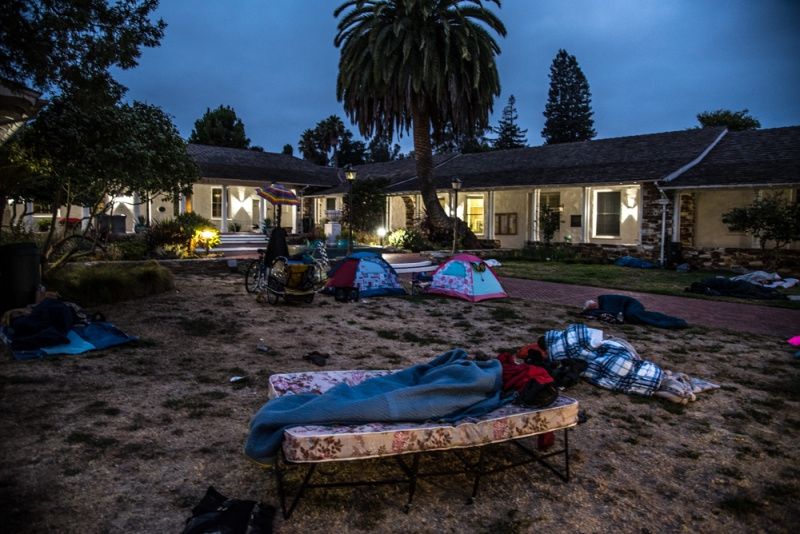 original image (1000x668)
Santa Cruz City Hall is closed to the public at night. To sleep in its courtyard is an act of civil disobedience being undertaken by protesters to, in part, pressure the city to open up its parks at night for homeless people to sleep in.

Another one of the demands of participants is the repeal of the sleeping/camping ban, which outlaws sleeping in public (with or without setting up bedding) in the City of Santa Cruz between the hours of 11pm and 8:30am, in addition to prohibiting sleeping in cars.

The sleepouts are attended by people with houses and people without houses of their own to live in. Some have raised tents on the City Hall lawn, but most use some form of sleeping pad and stay out in the open using sleeping bags or blankets. Many use cardboard as a sleeping pad.

Some have slept directly on the ground or the sidewalk with little or no bedding.

At the August 18 sleepout, a small cardboard sign that was visible on top of a person's sleeping gear simply read, "I made mistakes."

The Santa Cruz Police Department has attempted to clear City Hall of four of the five previous sleepouts by warning and/or citing those found in the courtyard after hours. After the police leave, however, participants go back to sleep and stay the night.

On the evening of August 18-19, thirteen officers arrived at 1:30am, and issued at least two citations to individuals for being in the City Hall courtyard after hours.

A large group of sleepers eventually returned to the courtyard to stay through the night, and volunteers brought breakfast for everyone shortly before 7am. 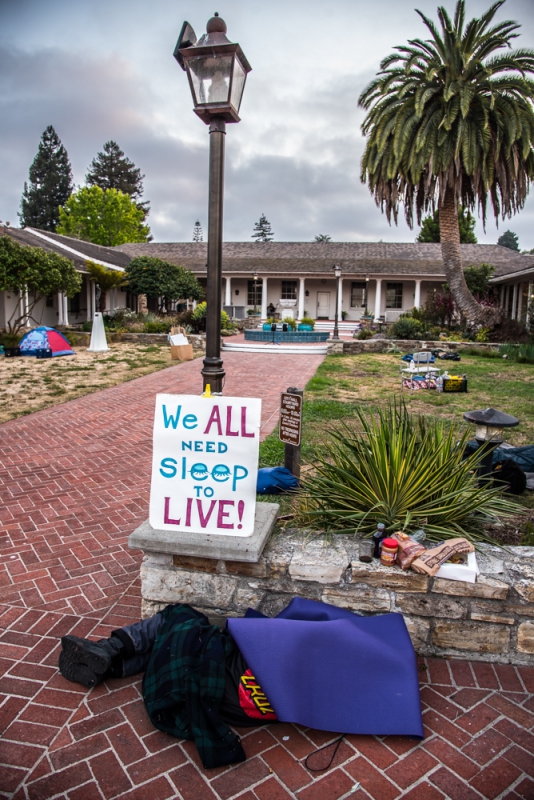 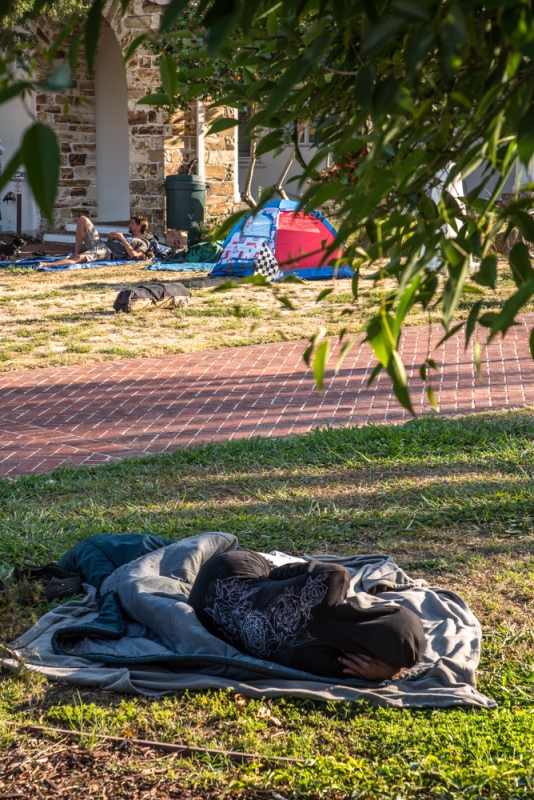 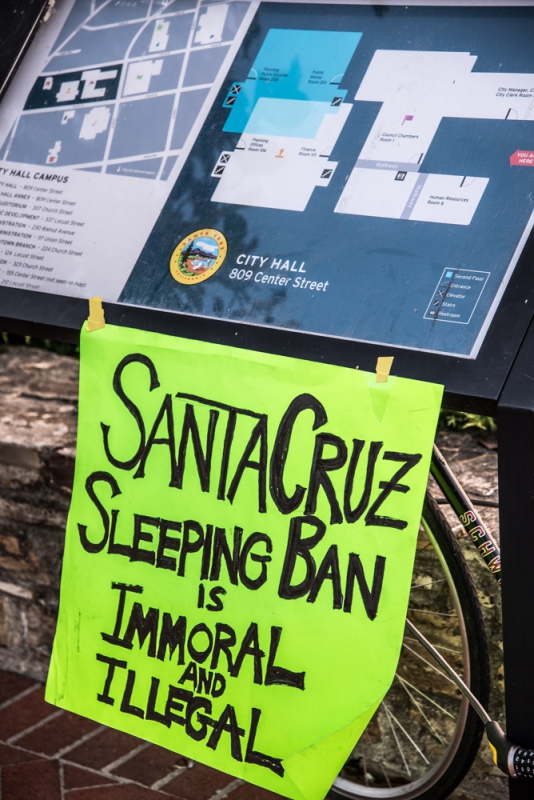 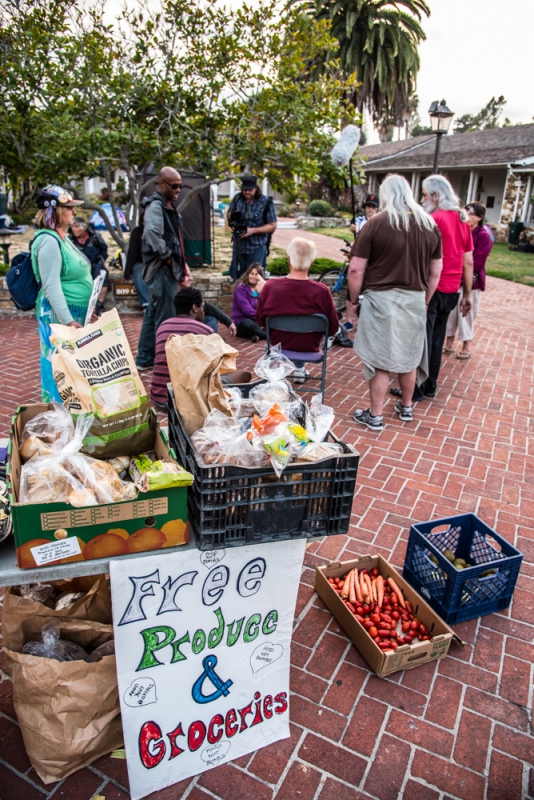 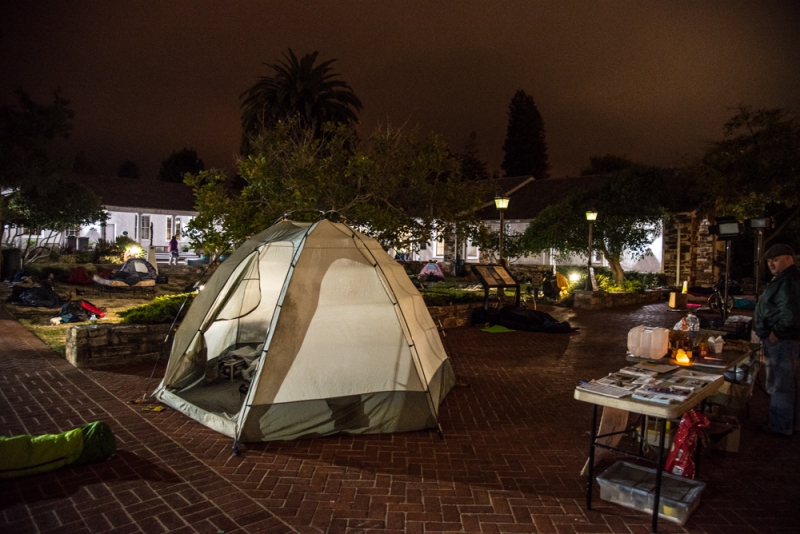 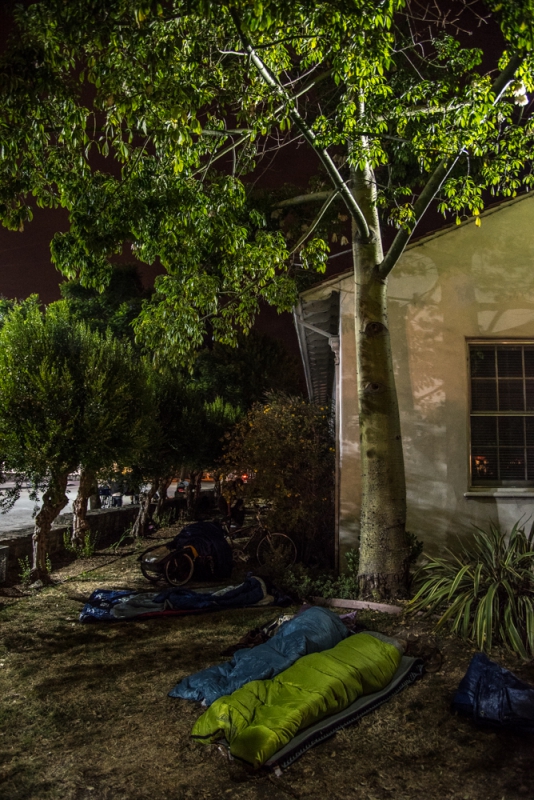 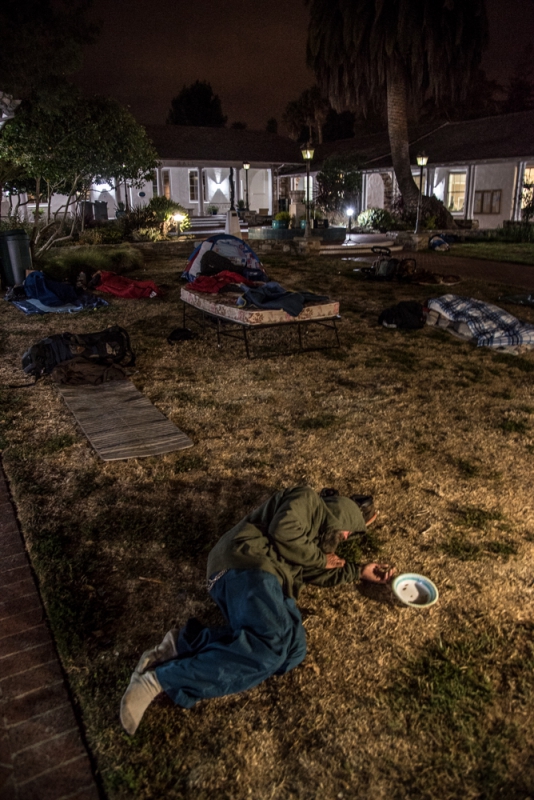 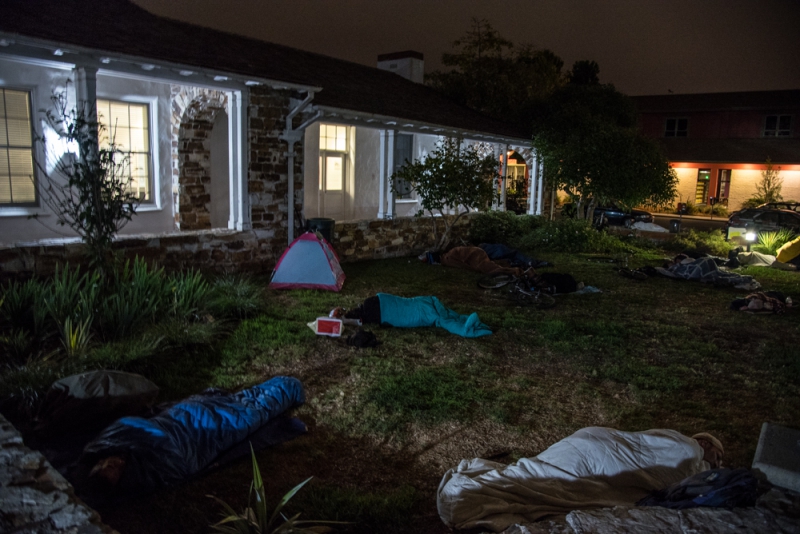 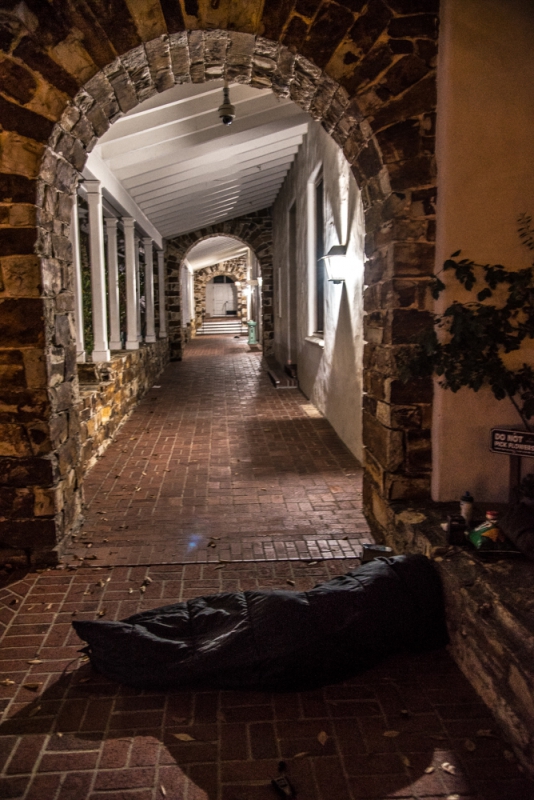 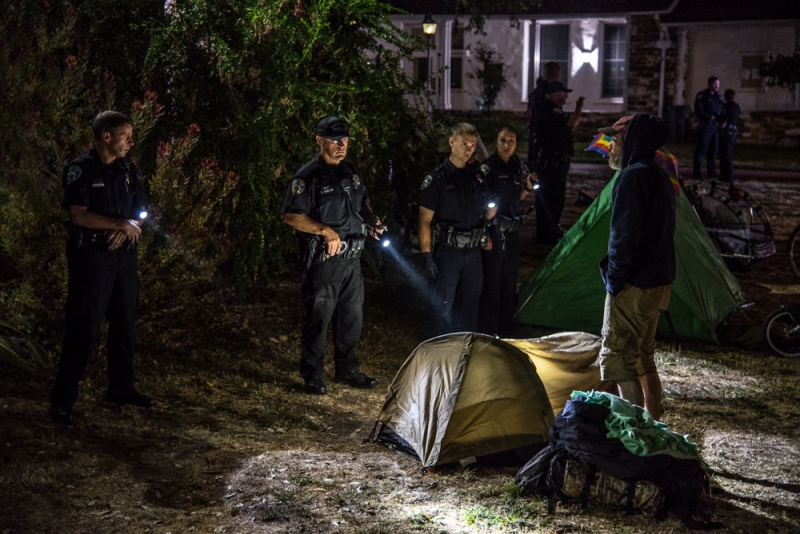 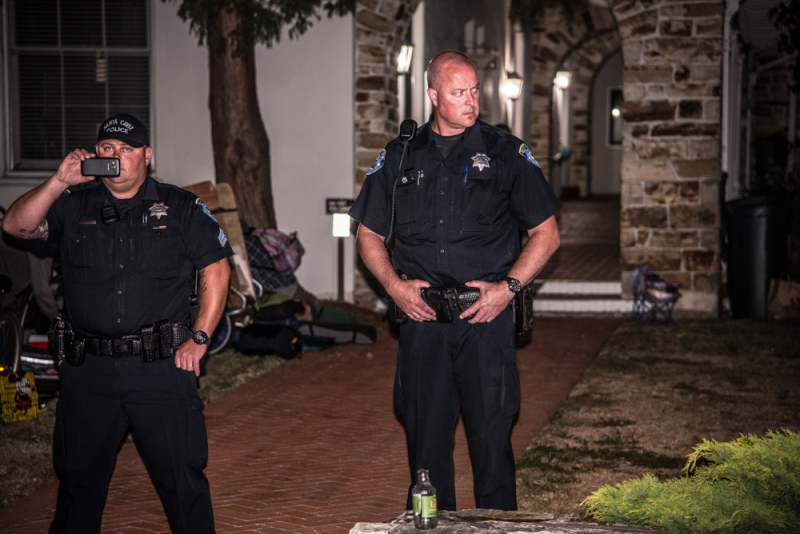 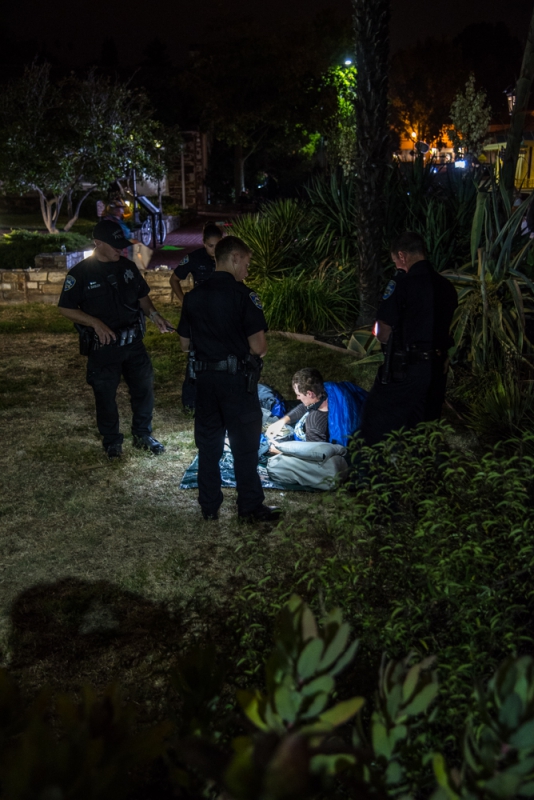 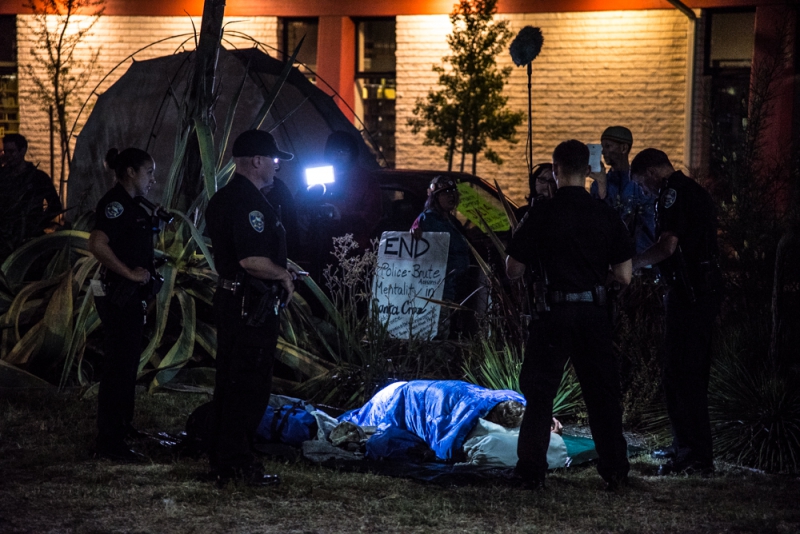 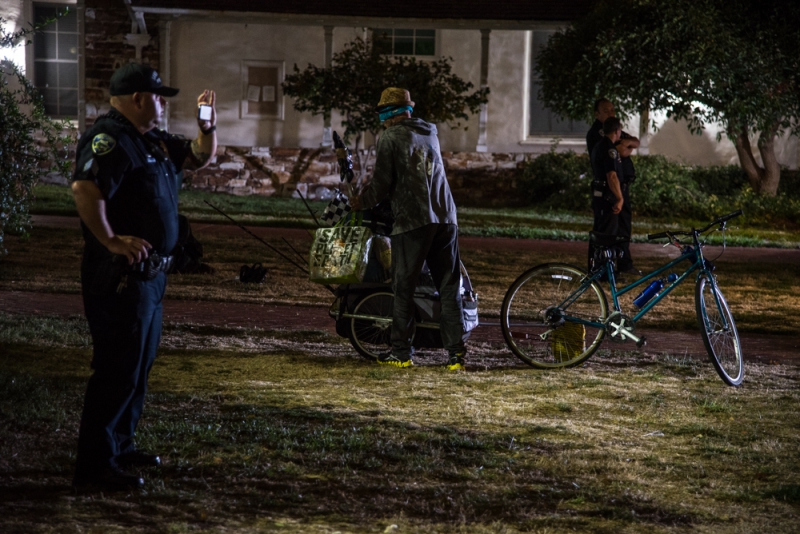 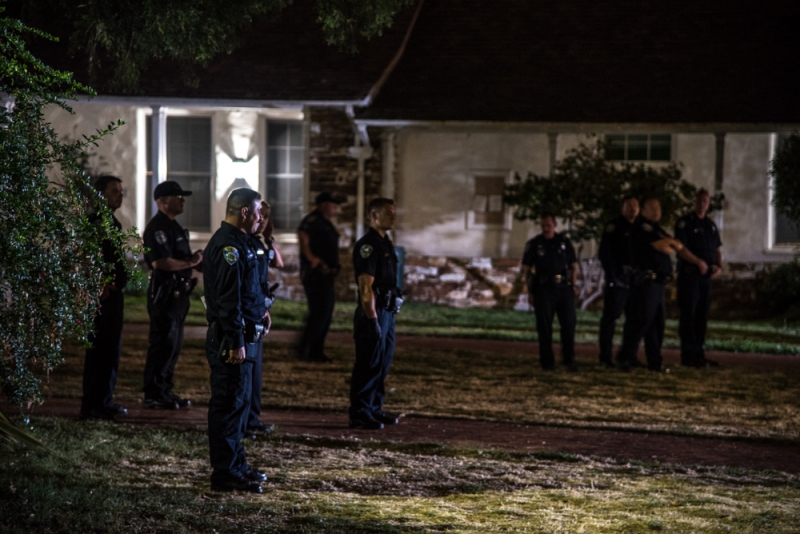 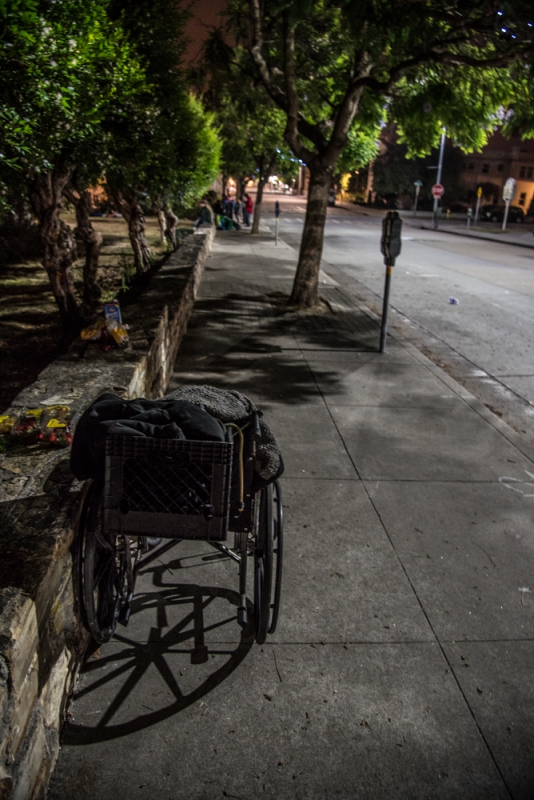 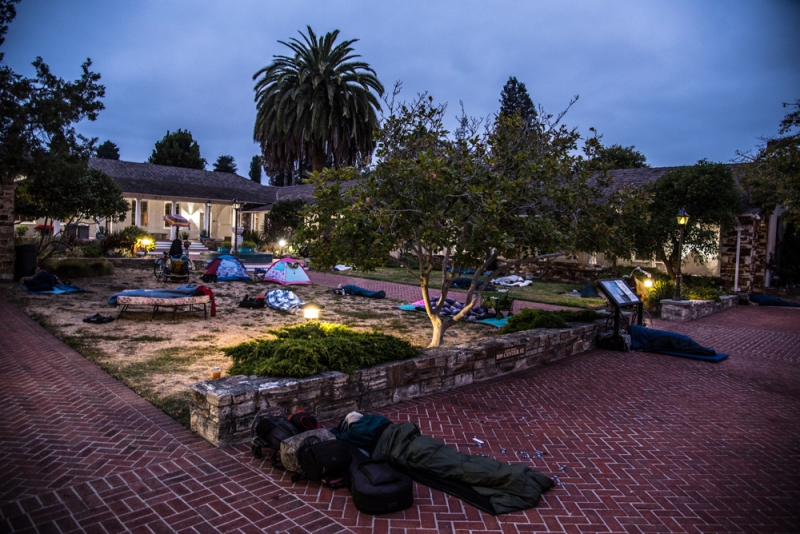 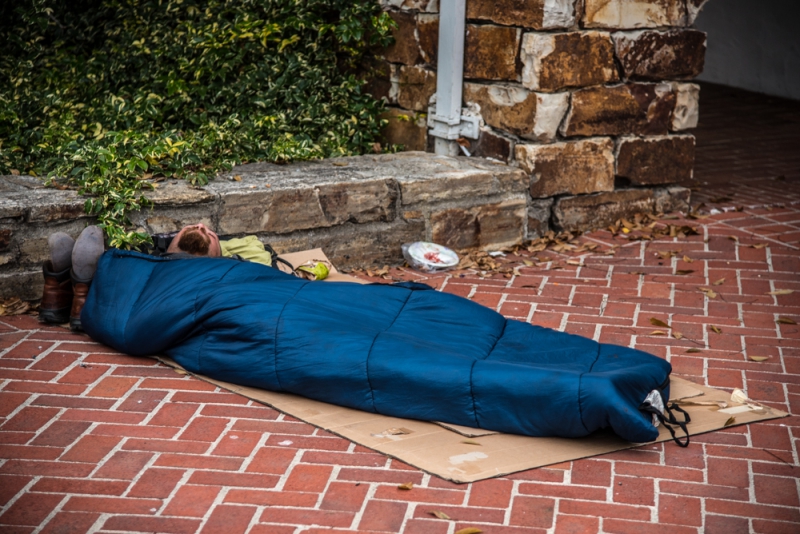 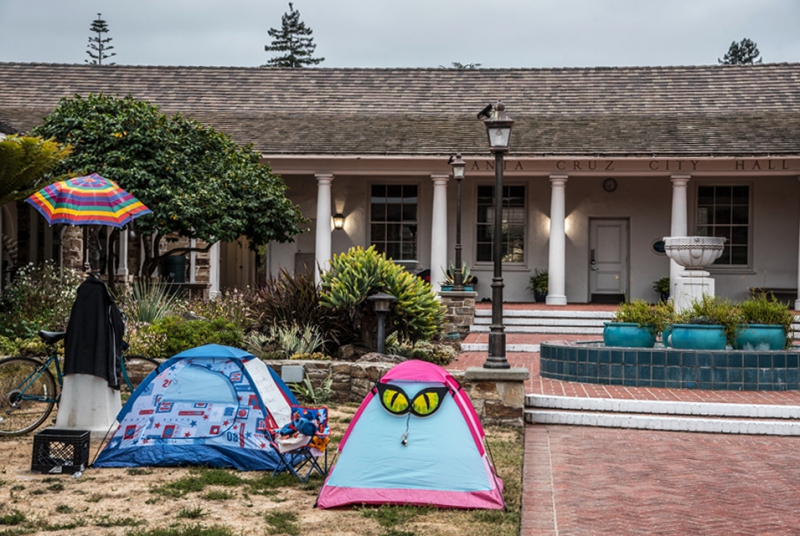 original image (955x641)
Add Your Comments
Latest Comments
Listed below are the latest comments about this post.
These comments are submitted anonymously by website visitors.
TITLE
AUTHOR
DATE
perhaps this will catch on
IndyRadio
More info & Flier
Robert Norse
Thanks...
Leigh Meyers
Support Independent Media
We are 100% volunteer and depend on your participation to sustain our efforts!