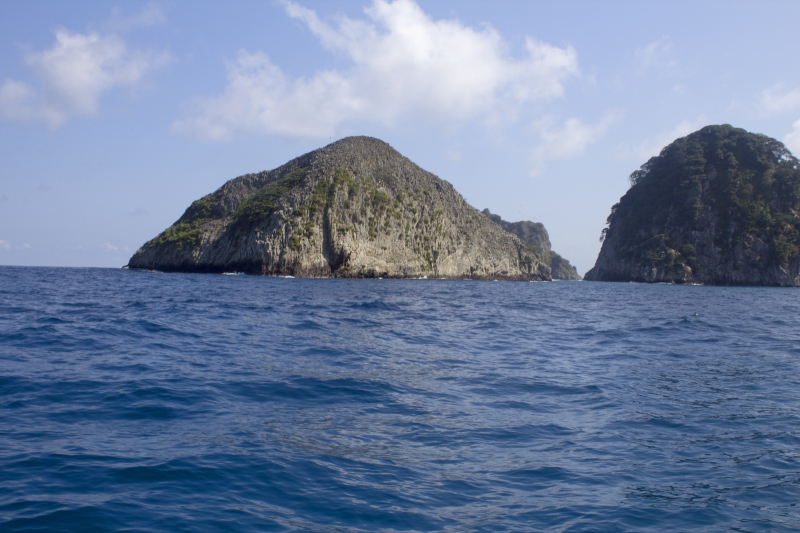 (August 20, 2015 – Boulder, Colorado) – DigitalGlobe’s crowdsourcing platform Tomnod.com has formed a partnership with ocean and marine conservation non-profit Turtle Island Restoration Network, SeaTurtles.org, to create the first crowdsourced digital patrol of the Cocos Island Marine Protected Area in order to defend one of the Pacific Ocean’s most vibrant marine life habitats. Located 340 miles off the Pacific coast of Costa Rica, Cocos Island is home to numerous rare and endangered marine species, and has been subject to illegal fishing practices in its difficult-to-monitor waters.

“We are excited to pioneer the use of Tomnod’s technology to protect a marine reserve from illegal fishing, and usher in a new era of ocean conservation where our seas and endangered marine wildlife can benefit from best available technology and the power of the crowd,” said Joanna Nasar, Director of Communications at Turtle Island Restoration Network. “It is revolutionary.”

Hammerhead sharks, silky sharks, Galapagos sharks and tiger sharks, whale sharks, dolphins, green sea turtles and hawksbill sea turtles regularly visit Cocos Island’s vibrant waters. Many of the marine animals that seek haven at the Island are endangered. For instance, Scalloped hammerhead sharks are considered 'endangered' under International Union for the Conservation of Nature (IUCN) and the U.S. Endangered Species Act (ESA), and both species of sea turtles that visit the Island are listed as ‘endangered’ under the ESA.

“Tomnod has been used to protect animals in Africa from illegal poaching; now we’re glad to partner with Turtle Island Restoration Network to help save the vulnerable marine life around majestic Cocos Island,” said Caitlyn Milton, Crowdsourcing Manager at Tomnod. “Since the campaign’s launch just two days ago, 5,700 people from 115 countries have contributed by searching the satellite imagery for boats.”

Despite the 12-nautical-mile no-take marine protected zone that extends around the Island, industrial longline fishing vessels often cross into the protected preserve illegally to target tuna and sharks. Longline fishing consists of setting a main line, sometimes over 60 miles long with hundreds or thousands of baited hooks and then indiscriminately catching, harming, or killing whatever swims into the line. The results are hundred of thousands of animals that suffer life-threatening injuries and die painful deaths from drowning and internal injuries.

“Illegal fishing is driving sharks and sea turtles toward extinction, and we will do everything we can to end this assault on the very ocean ecosystems that sustain life for humans and al living things,” said Todd Steiner, biologist and executive director of Turtle Island Restoration Network. “The use of satellites as well as unmanned aerial vehicles (UAVs or ‘drones’) are just some of the tools that we are planning to utilize,” he added.

The innovative partnership between Tomnod and Turtle Island Restoration Network aims to engage the public in helping protect the Island’s marine biodiversity and catch vessels fishing within the preserve illegally.

“We invite everyone who cares about protecting sea turtles, sharks and our seas to get involved in this innovative project by visiting Tomnod.com and searching for vessels in the marine preserve illegally,” said Todd Steiner, biologist and executive director of Turtle Island Restoration Network. “Together we can shut down the illegal mining of our seas at Cocos Island.”

Background on Crowdsourcing:
Crowdsoucing is the aggregation of large numbers of incremental contributions from a crowd to achieve a greater goal, in this case protecting Cocos Island and the marine wildlife that live there from illegal fishing.

Background on Cocos Island National Park:
Cocos Island became a national park of Costa Rica in 1978, and a Marine Protected Area in 1982. In 1997, the area was named a UNESCO World Heritage Site, which was then expanded to include the marine area in 2002. Turtle Island Restoration Network has been working to protect and better understand the movements of marine wildlife in the park for over seven years. Our dive research expeditions have tagged over 150 sharks with acoustic telemetry and over 72 green and two hawksbill sea turtles to build knowledge of their migratory routes. More on the expedition can be found here.

Turtle Island Restoration Network is an international marine conservation organization headquartered in California whose 150,000+ members and online activists work to protect sea turtles and marine biodiversity in the United States and around the world. Visit us at Seaturtles.org

DigitalGlobe's Tomnod platform harnesses the senses and minds of web-connected global citizens - the "crowd" - and enables them to help solve global challenges. From search and rescue, to mapping damage caused by natural disasters, Tomnod and the crowd are changing the way we look at the world. Visit tomnod.com.
https://seaturtles.org/newssection/crowdso...
Add Your Comments
Support Independent Media
We are 100% volunteer and depend on your participation to sustain our efforts!