Add an Event
Newswire
Calendar
Features
Home
Donate
From the Open-Publishing Calendar
From the Open-Publishing Newswire
Indybay Feature
Publish to Newswire
Add an Event
Related Categories: East Bay | Police State & Prisons
Oakland Police Kill Again
by WeCopwatch
Thursday Aug 13th, 2015 7:40 PM
Oakland has been pretty busy this year. Gentrification has provided the City and the Police with a new found sense of purpose: Protect capital, investments, and of course the massive migration of workers from San Francisco.
And the new comers are loving it. After all, they haven’t been neglected by a City that specializes in the kind of anti-blackness that displaces entire families that have been rooted in Oakland for generations. New-comers are enjoying the affordable housing, the great eateries, and the “safe spaces” that have been created for them at the expense of longtime Oakland residents. It’s also safe to say that the newer gentrifiers love the Oakland Police, and the Oakland Police love that. Being a settler never felt so safe, and being a Cop in Oakland never felt so warm and fuzzy.

But meanwhile in the streets, things are looking pretty bad. Far worse than last year to say the least. In 2015, Oakland Police have already been involved in three fatal shootings, as well as a mysterious death where a man died while trapped between two houses following a chase. The most recent killing happened on August 12, 2015, at the intersection of 27th Street and Martin Luther King Ave in West Oakland.

All we can know at this point has come from witnesses. A man was being chased by Oakland Police, crashed his car, and during a foot pursuit was shot and killed by three officers.
While information is still coming in, and Oakland Police claim he had a weapon, witnesses all say that he never brandished it at officers.

A protest was held that evening at the intersection where the man died.
http://wecopwatch.org/oakland-police-kill-...
§A memorial was placed where he died as well as in the middle of the intersection.
by WeCopwatch Thursday Aug 13th, 2015 7:40 PM 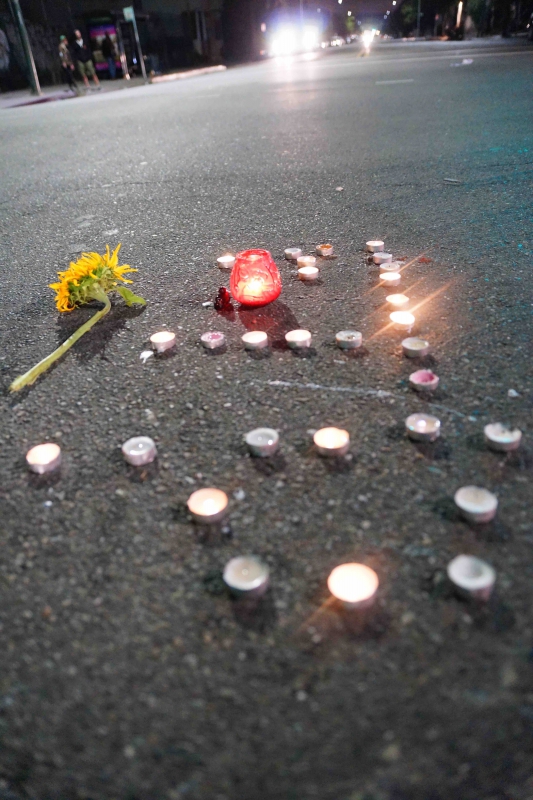 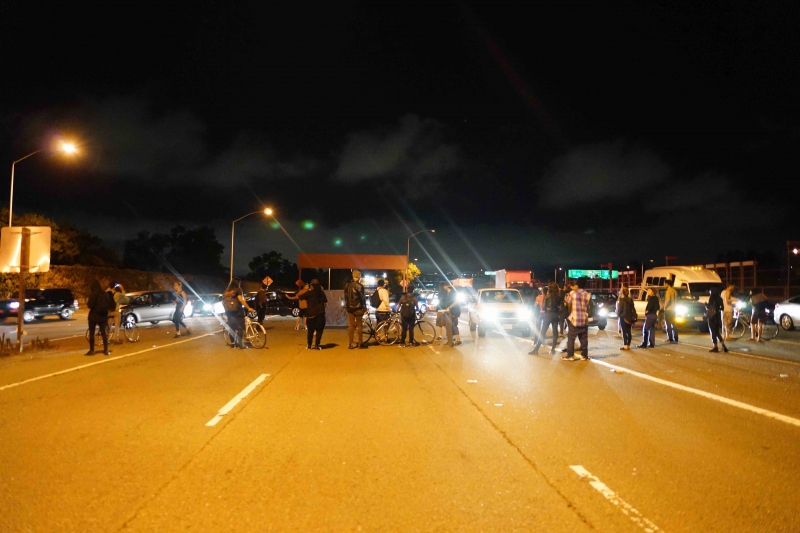 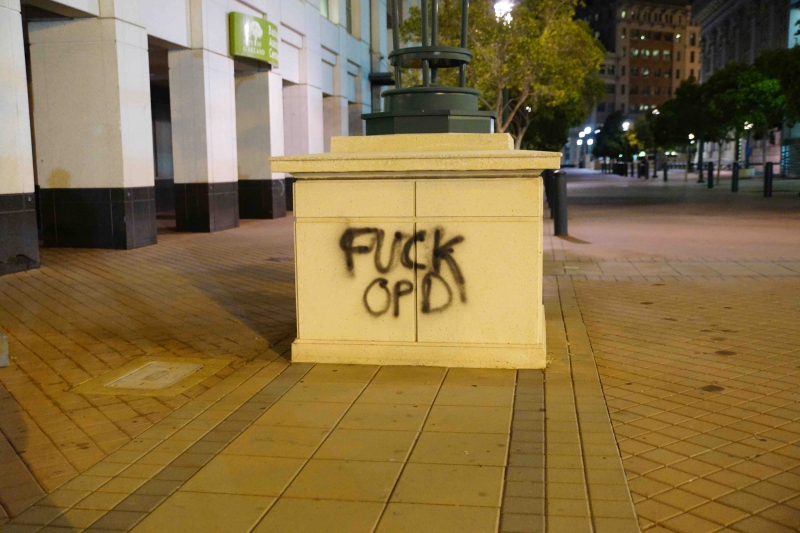 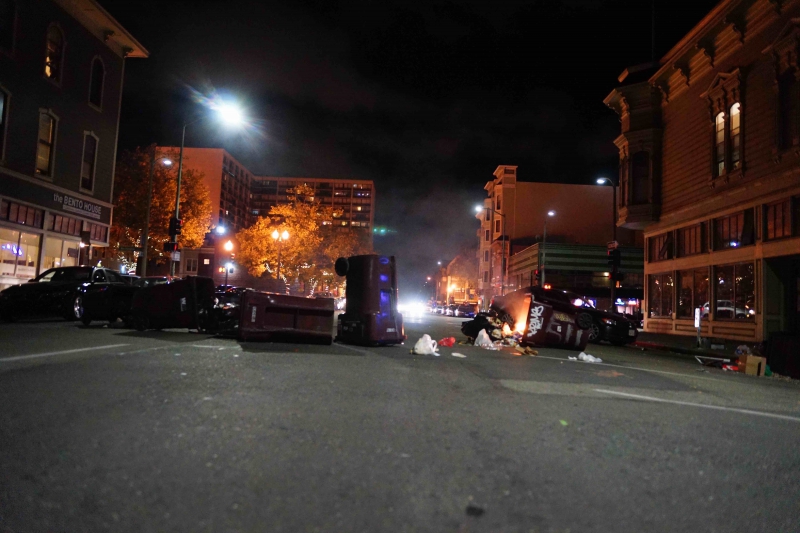 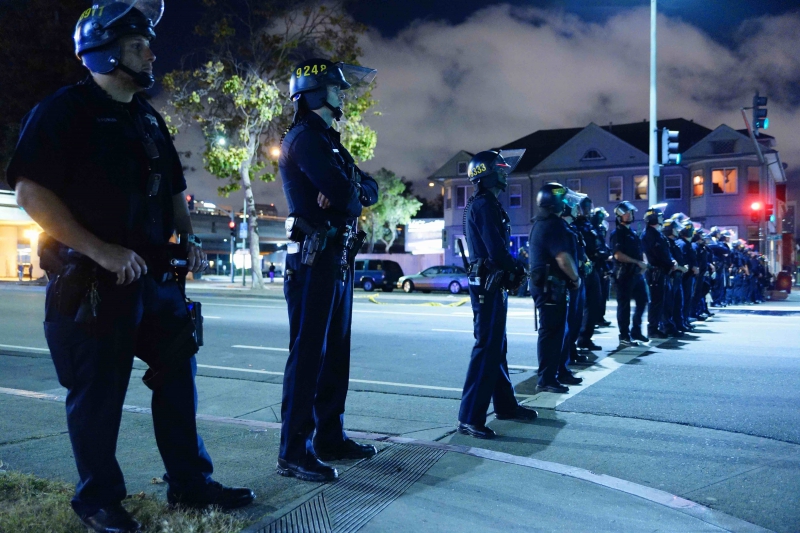 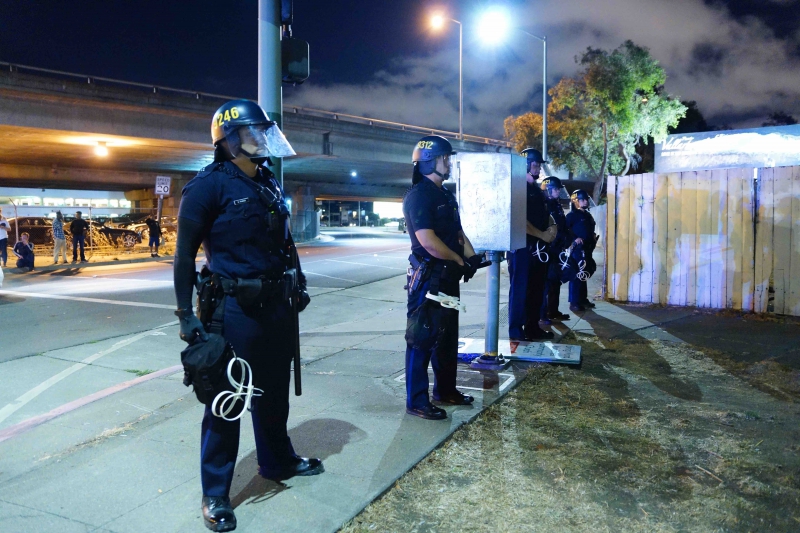 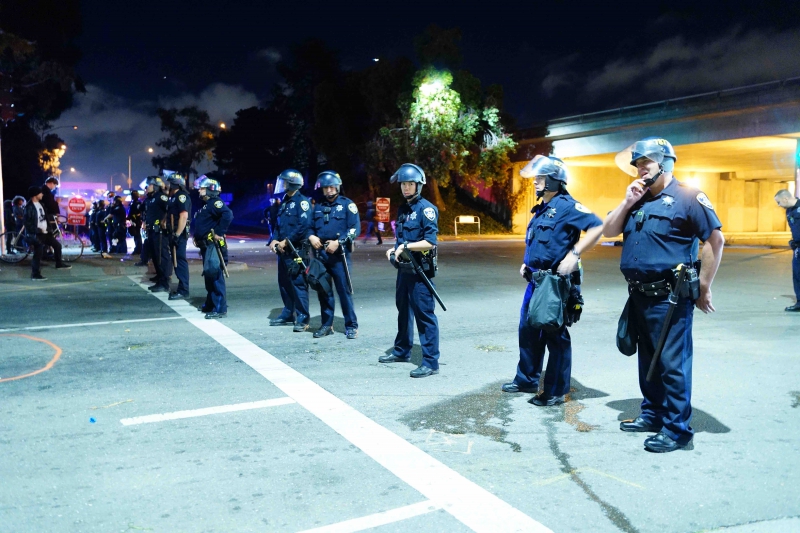 original image (6000x4000)
http://wecopwatch.org/oakland-police-kill-...
Add Your Comments
Support Independent Media
We are 100% volunteer and depend on your participation to sustain our efforts!