The predatory motives behind NATO’s genocidal covert war on Syria are getting ever more transparent.

"The Assad regime, frankly, is the root of all evil here." 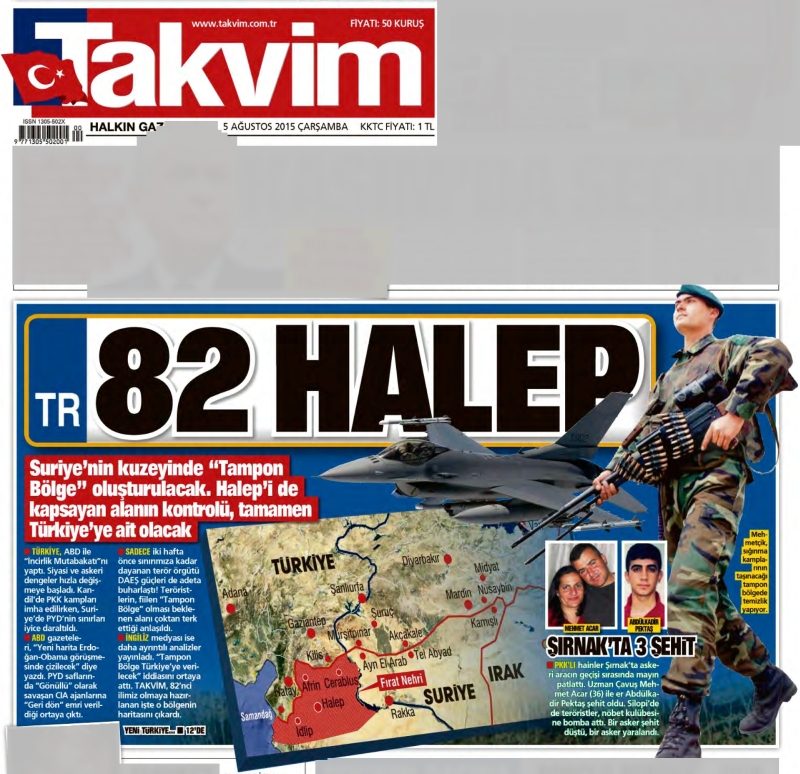 
Aleppo [to become] the 82nd [province of Turkey]

A “buffer zone” will be set up in the north of Syria. This area, which includes Aleppo, will be fully controlled by Turkey.

U.S. newspapers reported that “the new map [of Syria] will be drawn during Erdogan’s meeting with Obama”. [...]

As for the British media, they published more detailed analyses [and] put forward the claim that “the buffer zone [in Syria] will be granted to Turkey”.

Takvim produced a map of that area [in northern Syria] which is preparing to become our 82nd province.

[editorial note: According to the map in Takvim's front page, the prospective "buffer zone" contains not only Aleppo but also Idlib and the north of Latakia.]

A Predator [drone] hit the ISIL [DAESH] targets in Syria’s [Raqqa province] after taking off from Incirlik [NATO Airbase in
southern Turkey]. It was operated by a a drone pilot located 11,100 kilometres away at Creech Air Force Base in Nevada. 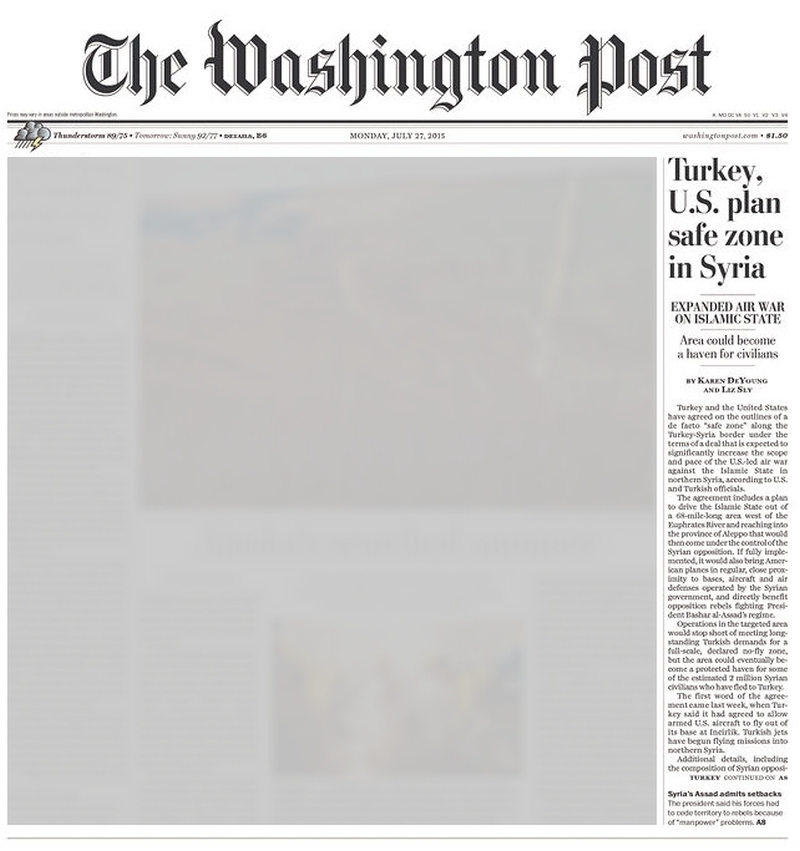 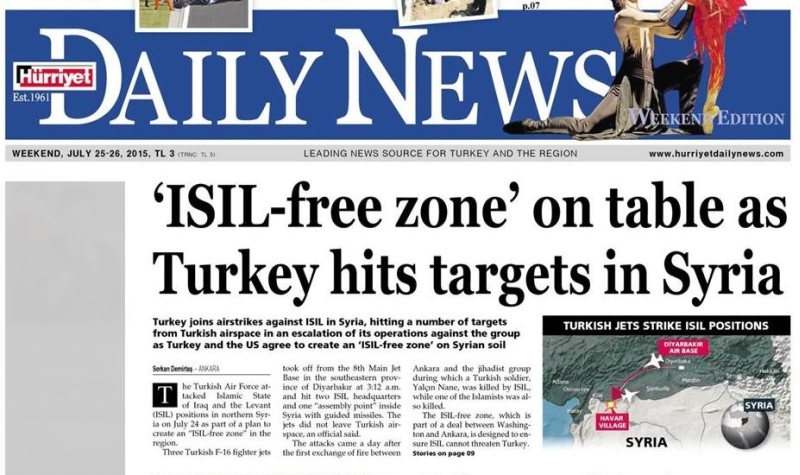 "The spirit of Ashma": Ocalan joins other Kurdish 'political' leaders collaborating with NATO to try & unleash invasion of Syria

Turkey’s final warning to Syria: Tomorrow may be too late for reforms propaganda alert by Cem Ertür, Indybay, 18 June 2011