Newswire
Calendar
Features
Home
Donate
From the Open-Publishing Calendar
From the Open-Publishing Newswire
Indybay Feature
Publish to Newswire
Add an Event
Related Categories: Santa Cruz Indymedia | Anti-War | Arts + Action
70th Anniversary of Hiroshima and Nagasaki Bombings Commemorated in Santa Cruz
by Alex Darocy (alex [at] alexdarocy.com)
Wednesday Aug 5th, 2015 5:44 PM
On August 2, community members in Santa Cruz came together to commemorate the 70th anniversary of the U.S. atomic bombings of Hiroshima and Nagasaki. "Let us recommit ourselves to a world without nuclear weapons and without war," an announcement for the gathering read. The evening began with musicians playing in front of the Collateral Damage statue, which was installed next to the Town Clock on the 50th anniversary of the atomic bombings as a memorial to all civilian casualties of war. After the performances, the gathering concluded with a candlelight vigil where people had the opportunity to express their thoughts. 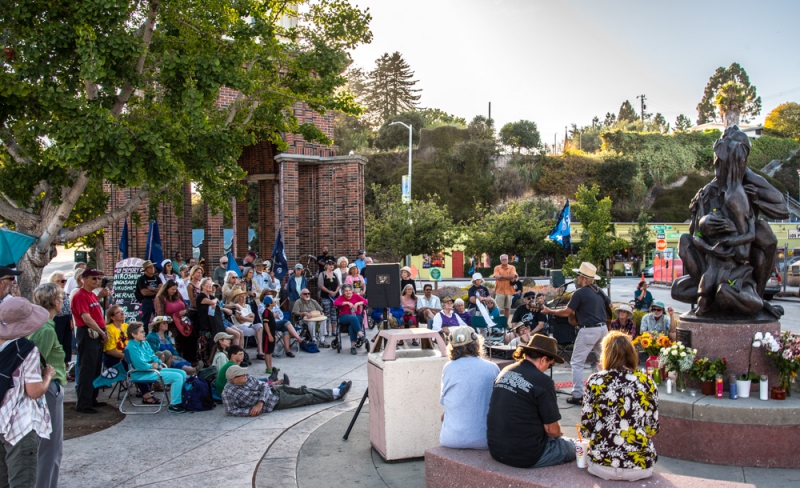 original image (1000x610)
Individuals spent some time waxing and buffing the bronze Collateral Damage sculpture, in order to beautify it, and flowers were placed around its base. E.A. Chase, the artist who created it, was in attendance. As musicians played, he looked on fondly with bright, glowing eyes.

The idea to create a monument in Santa Cruz that conveyed the reality of war and its effects on civilians was first conceived by Vietnam veteran James Wainscoat in the early 1990s. He brought the idea to the local VFW post, and the campaign to build it was launched with the Resource Center for Nonviolence. Chase's Collateral Damage sculpture was chosen and the final piece was eventually built next to the Town Clock.

At the dedication of the statue on August 5, 1995, Chase said that he originally created the sculpture to "arouse" people out of their complacency regarding nuclear testing and to face the real threat of nuclear war.

"This dedication of the Collateral Damage sculpture represents not the despair its conception was motivated by, but a victory for the voices of peace and intelligence," Chase said at the dedication in 1995.

Presently, organizers say one of the issues they are concerned with is the tension between the United States and Russia over Ukraine.

They shared information provided by United for Peace and Justice (UFPJ), which is comprised of 1400 member groups around the world who work on peace and justice issues. Some of the key points shared include:

- Between the U.S., its NATO allies, and Russia, there are nearly 16,000 nuclear weapons, 94% of which are held by the U.S. and Russia.
- The Ukraine conflict has increased tensions between the United States and Russia, and both sides are "brandishing" nuclear weapons at the border.
- The United States plans to spend $1 trillion to "modernize" its nuclear arsenal.
- Studies show that even a "small" exchange of 50-100 nuclear warheads would lead to global cooling, famine, and the deaths of up to 2 billion people.


To view a documentary about the 1995 dedication and history of the Collateral Damage Statue, see:
https://youtu.be/v_NStxtF4uk

For more information from United for Peace and Justice (UFPJ), see:
Peace & Planet Summer: A Call to Commemorate the 70th Anniversaries of the Hiroshima & Nagasaki A-Bombings
http://www.unitedforpeace.org/2015/07/08/peace-and-planet-summer-call-to-action/ 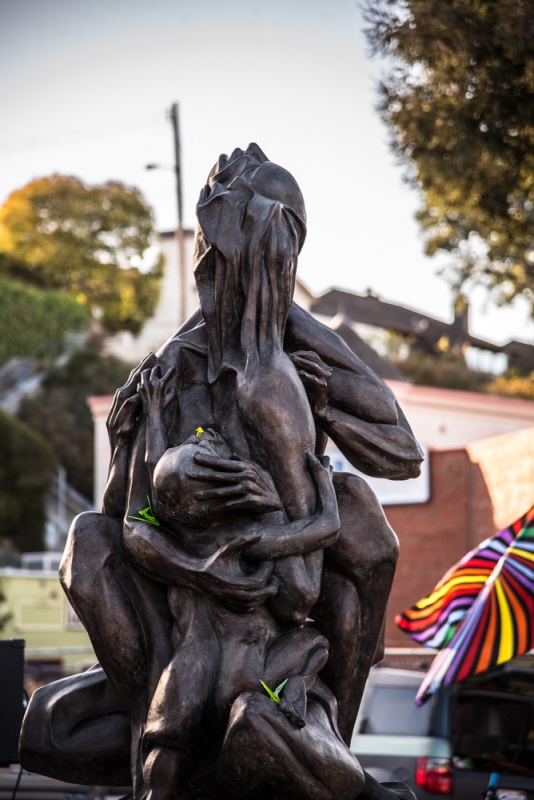 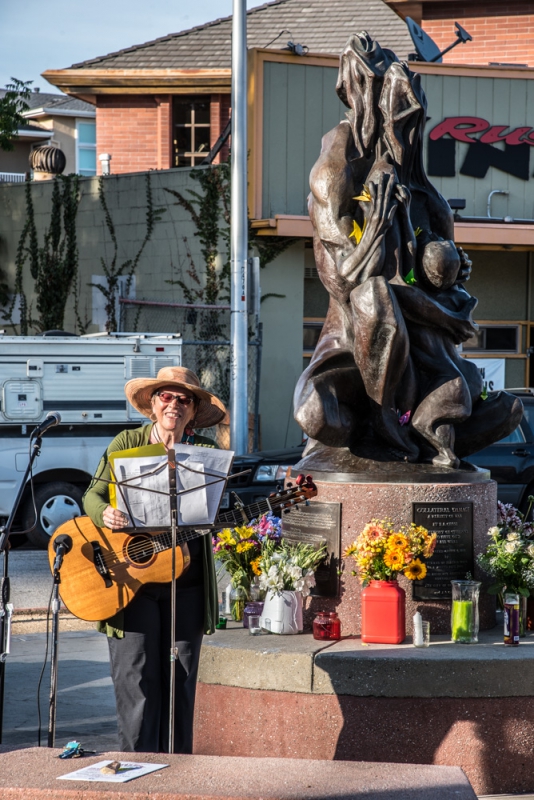 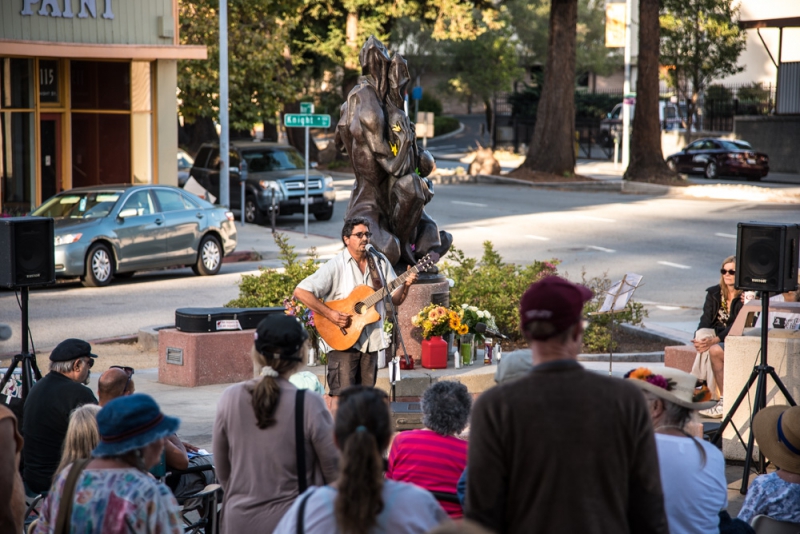 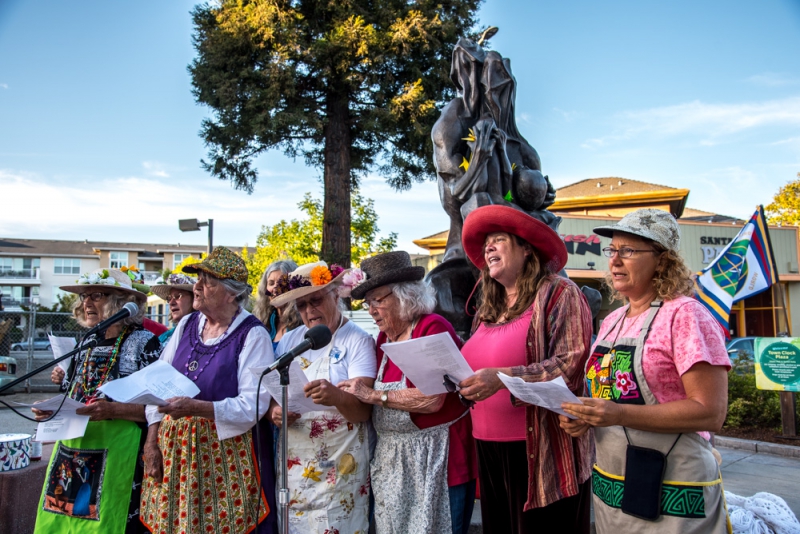 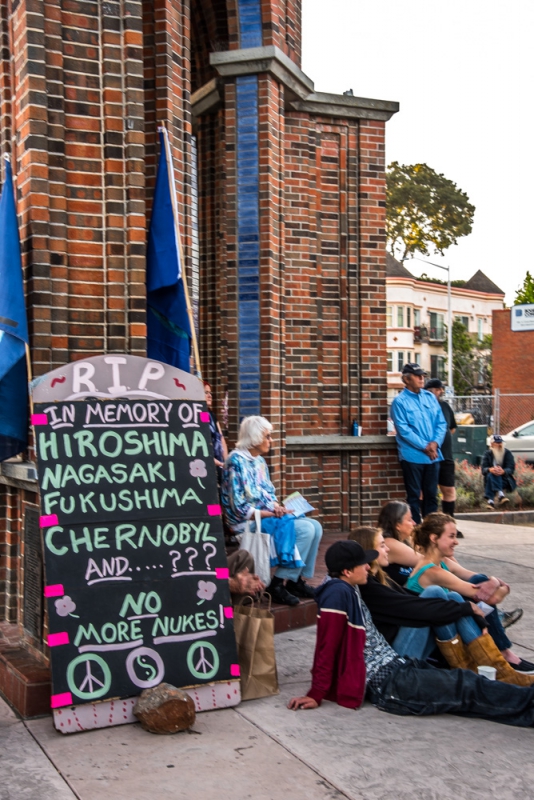 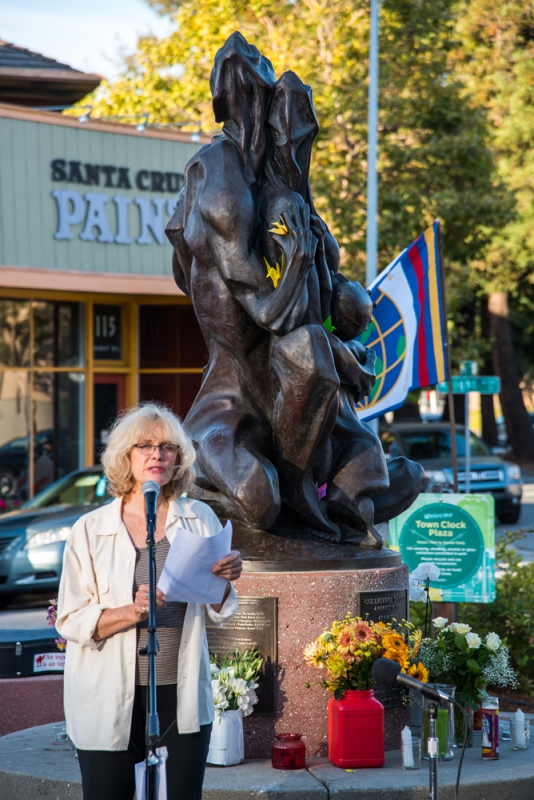 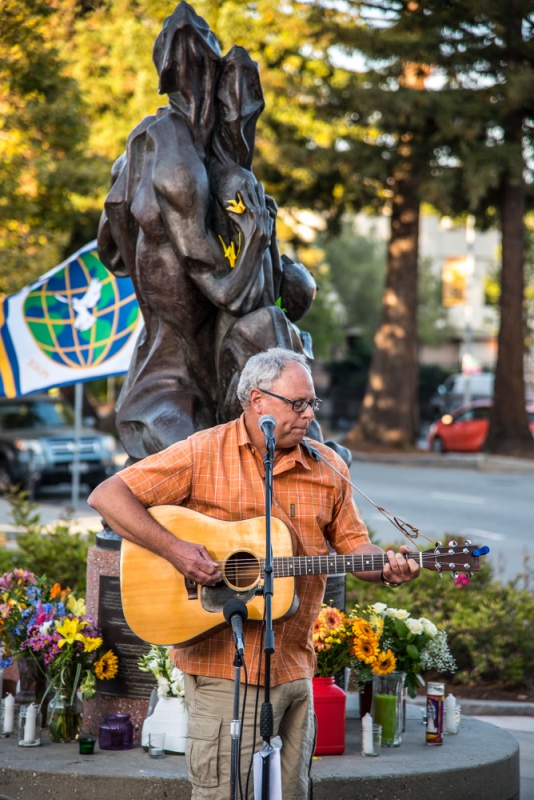 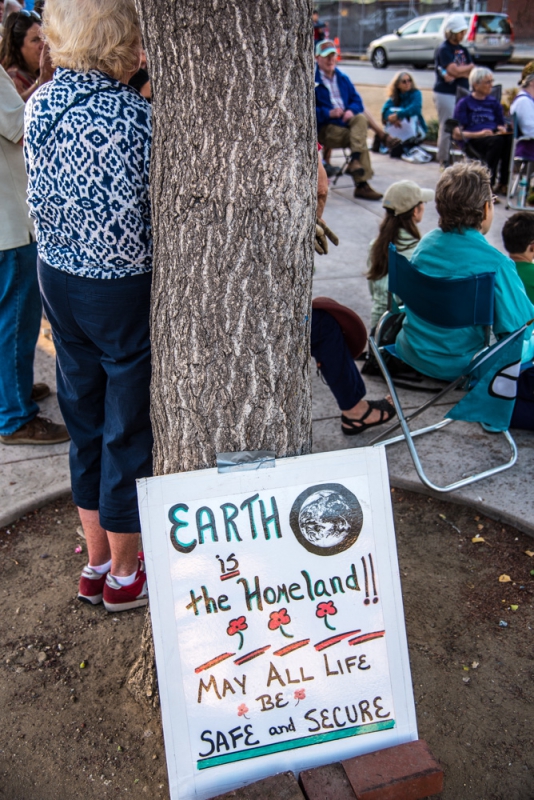 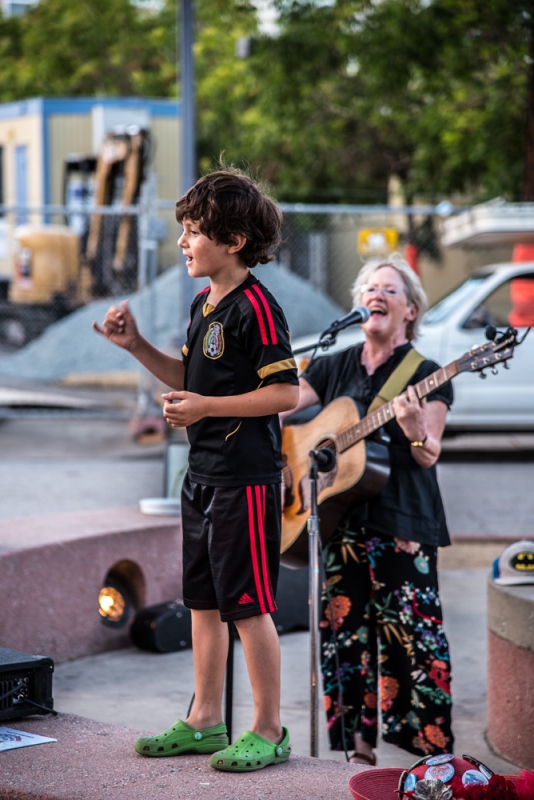 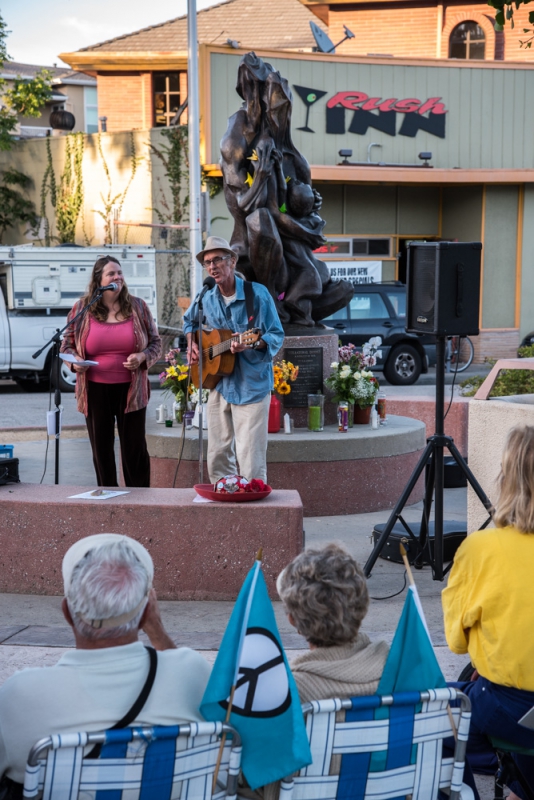 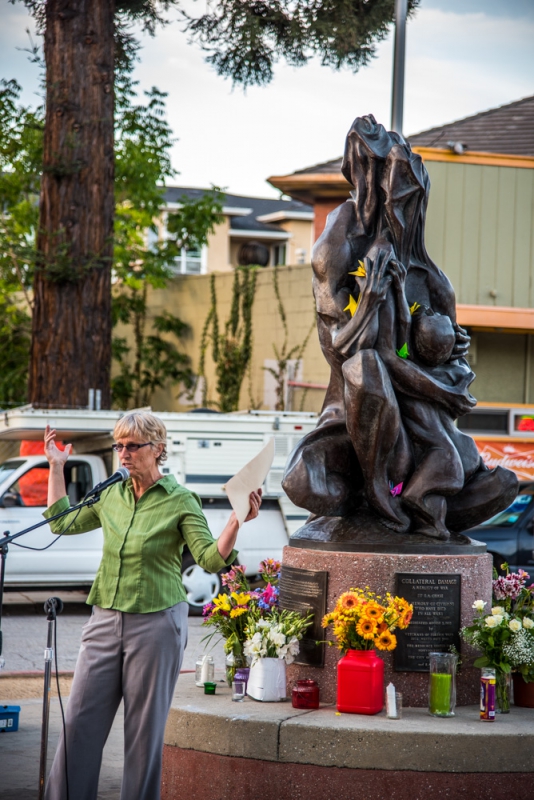 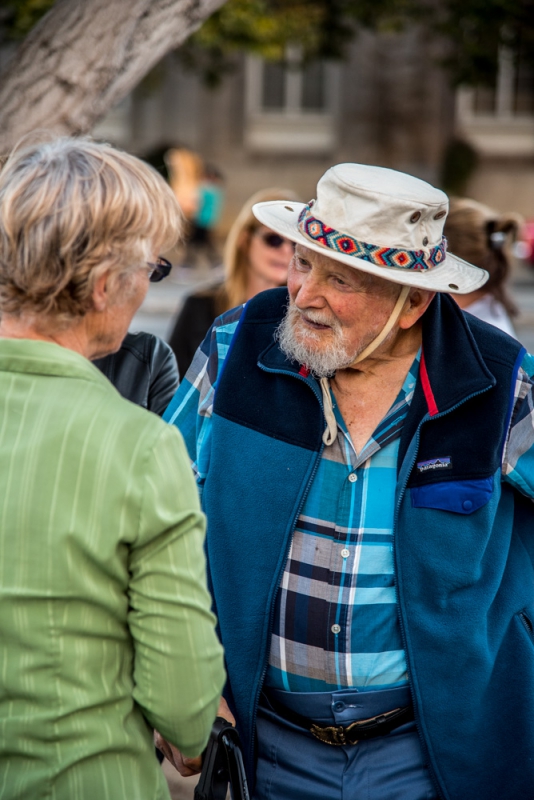 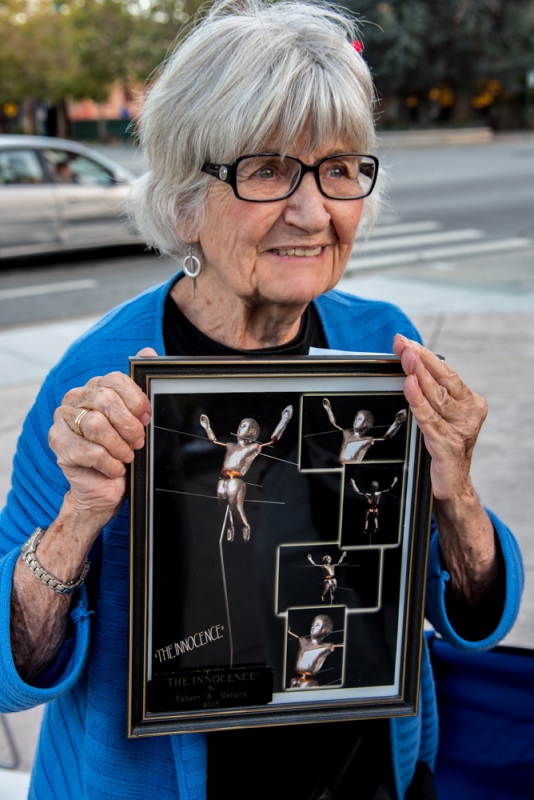 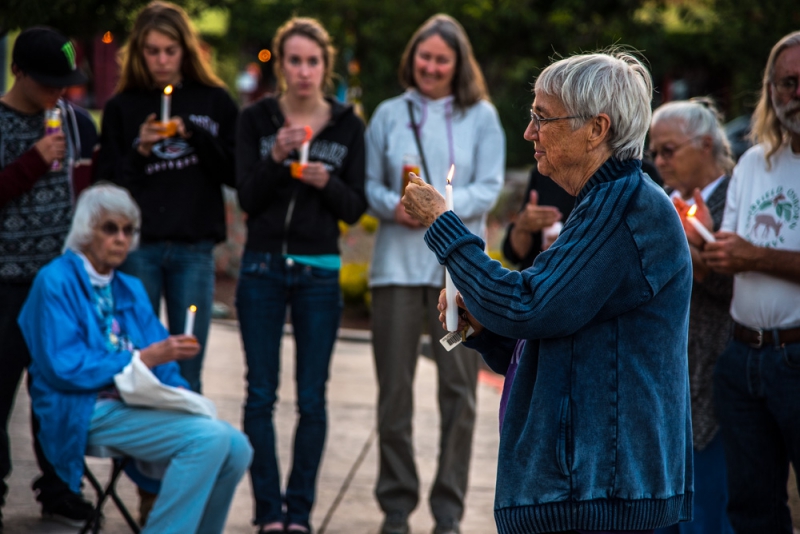 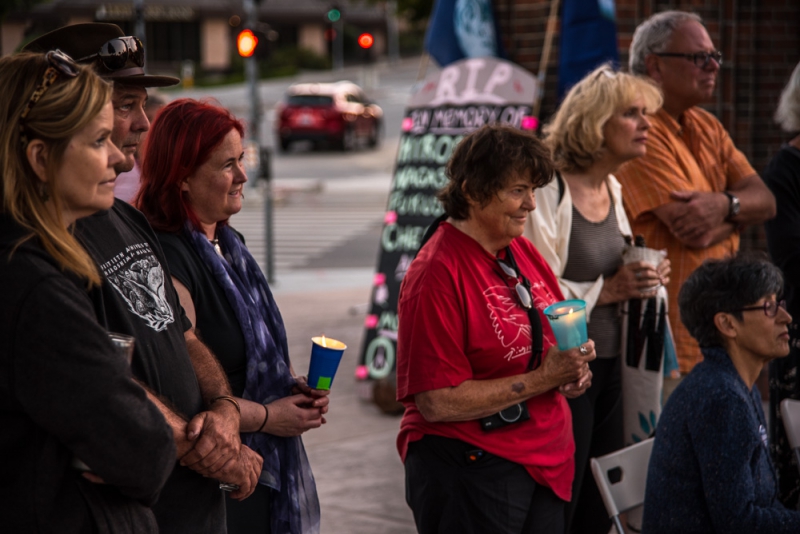 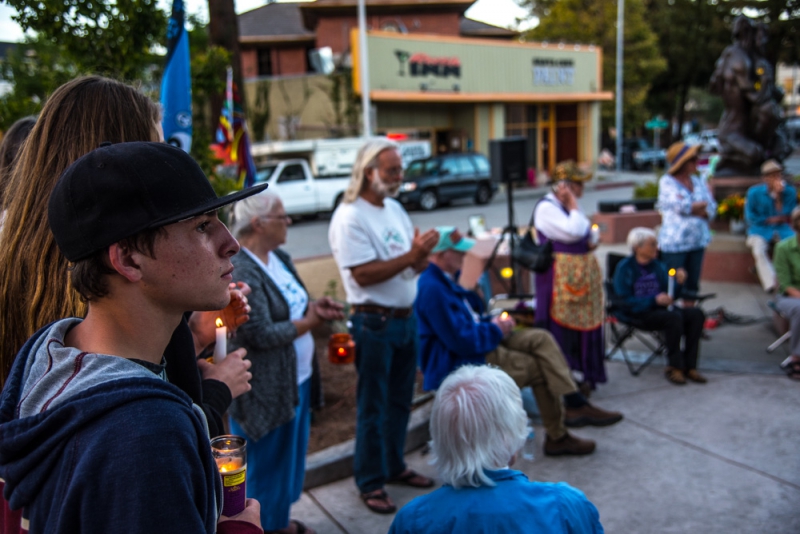 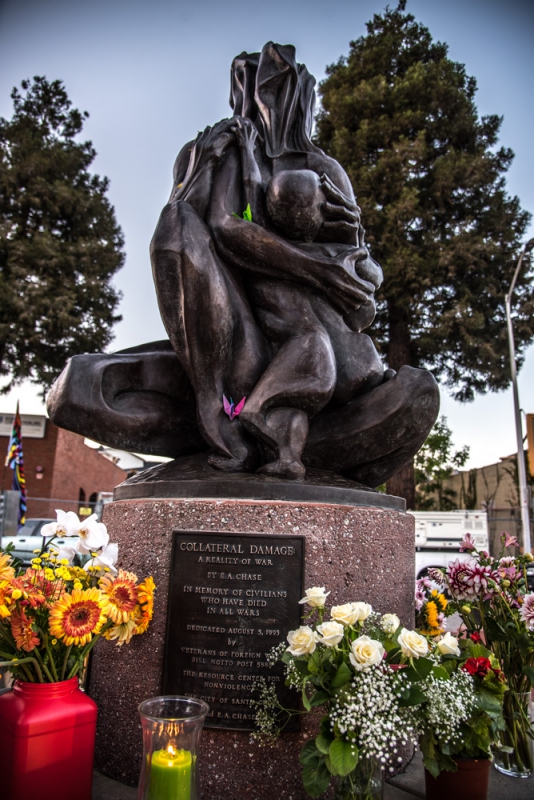 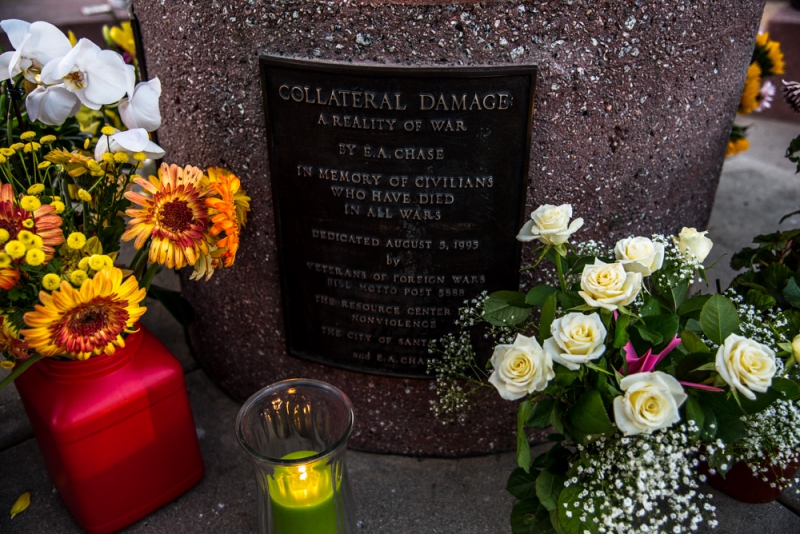 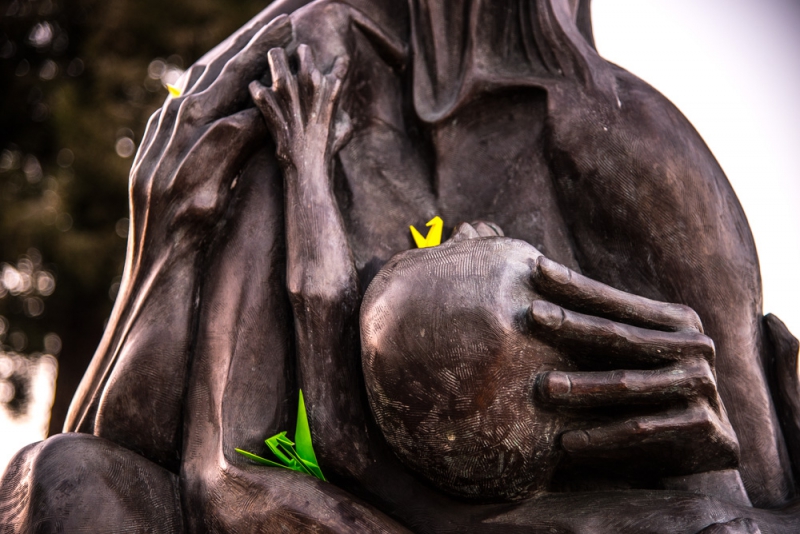 §A moving and beautiful memorium
by Jan Harwood
(jharwood [at] elgatito.com) Friday Aug 7th, 2015 8:28 PM
Thank you, everyone who prepared this lovely and heart-gripping remembrance. We must never forget that the most horrible crime ever committed on this planet, was done by our country, and in our name! And we must keep the memory alive for the young,
who don't know, or can't bring themselves to think about, the fact that the bombs are still there, they are still spreading to
new countries, and accidents or terrorists may strike at any moment. Let's never stop trying to Abolish nuclear weapons!
Add a Comment
§Good job!
by Walt Oicle
Saturday Aug 8th, 2015 8:40 AM
Beautiful photos, Alex, and informative text. I had to leave early and am glad to see a bit of what I missed. Thanks for your excellent work, and to all the organizers, performers, and attendees!
Add a Comment
Support Independent Media