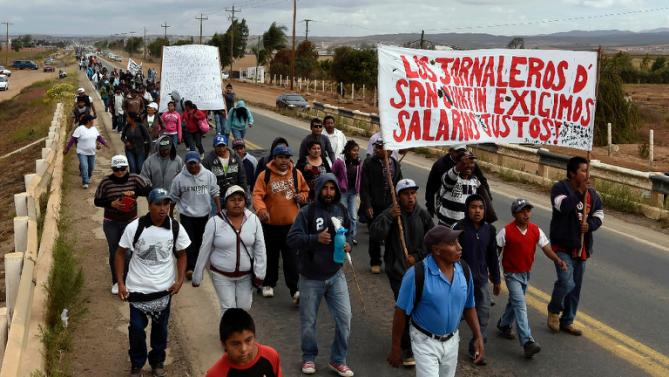 Join Gloria Gracida Martinez, a representative of the Alliance of National, State and Municipal Organizations for Social Justice, Spokesperson and a member of the Mexican Teachers Union will be speaking

In March of this year, tens of thousand of agricultural workers went on strike at the San Quintin Valley in Baja which is 200 miles south of San Diego. This is the largest strike of agricultural workers in the history of Mexico or the US in memory. These workers make billions in profits for Driscoll and other US food multi-nationals while wages and conditions of these workers are miserable and their children were even starving. Most make less than $10 a day and many have to support their families on these poverty wages.
The Mexican government at the behest of growers and multi-nationals sent in the police and troops to crush this strike and put them back to work. The use of police and military to attack the Mexican working class is not new. NAFTA was about allowing these multi-nationals like Driscoll to rip the peasants of their lands or ejidos and force them to work on strawberry and other export crops for US corporations.
Gloria Gracida Martinez is from San Quintin and will be giving a report not only on the strike but what these agricultural workers need from US workers and the people of the United States to help win their struggle for justice and human rights. 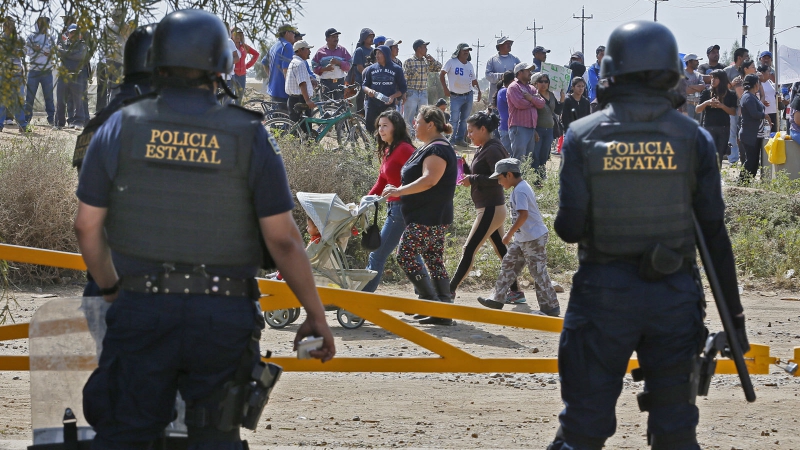 original image (1600x900)
US multi-nationals create slave labor conditions on the border at San Quintin and then call out the Mexican police and military to repress and crush striking agricultural workers and their families.
END_OF_DOCUMENT_TOKEN_TO_BE_REPLACED
Add Your Comments
Support Independent Media
We are 100% volunteer and depend on your participation to sustain our efforts!