Add an Event
Newswire
Calendar
Features
Home
Donate
From the Open-Publishing Calendar
From the Open-Publishing Newswire
Indybay Feature
Publish to Newswire
Add an Event
Related Categories: California | South Bay | Environment & Forest Defense
Arrests in Martinez as Californians demonstrate against oil trains
by R. Robertson
Tuesday Jul 14th, 2015 6:22 PM
Police arrested four Bay Area protesters after they suspended themselves from the Benicia-Martinez railroad bridge to hang a banner protesting oil trains. Photos here are of the protest in San Jose, California. Both protests were part of a week of action against oil trains. 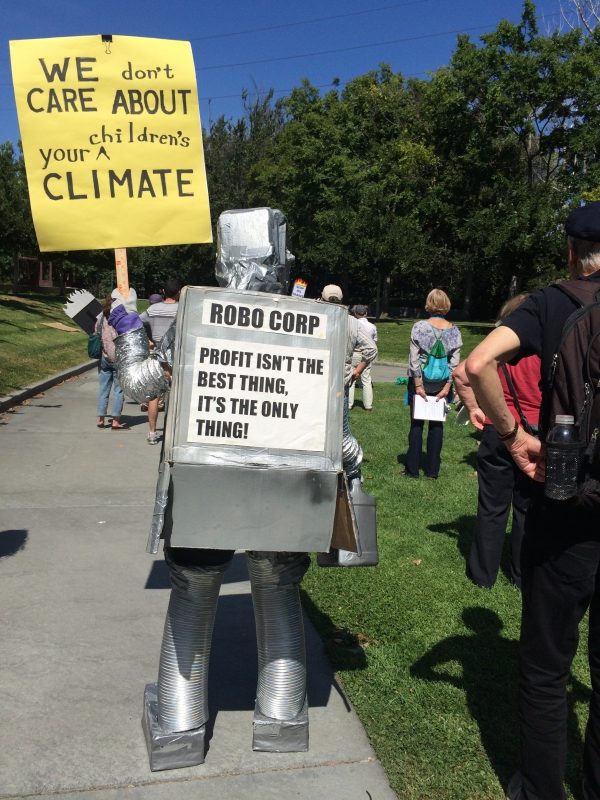 Oil trains go through almost every US state, disproportionately over poorer American communities. The crude oil moving by train is more toxic, explosive, and carbon intensive than conventional oil. It puts millions of Americans and Canadians at risk. Last week there were more than 80 protests and educational events in North America about this danger.

The Lac-Mégantic rail disaster happened July 6, 2013, when a freight train carrying Bakken formation crude oil rolled downhill and derailed, resulting in the fire and explosion of multiple tank cars. Forty-seven people died and many others injured. Last week's events were timed to coincide with the anniversary of that catastrophe.
§singing in the historic San Jose train station before the outdoor rally
by R. Robertson Tuesday Jul 14th, 2015 6:22 PM 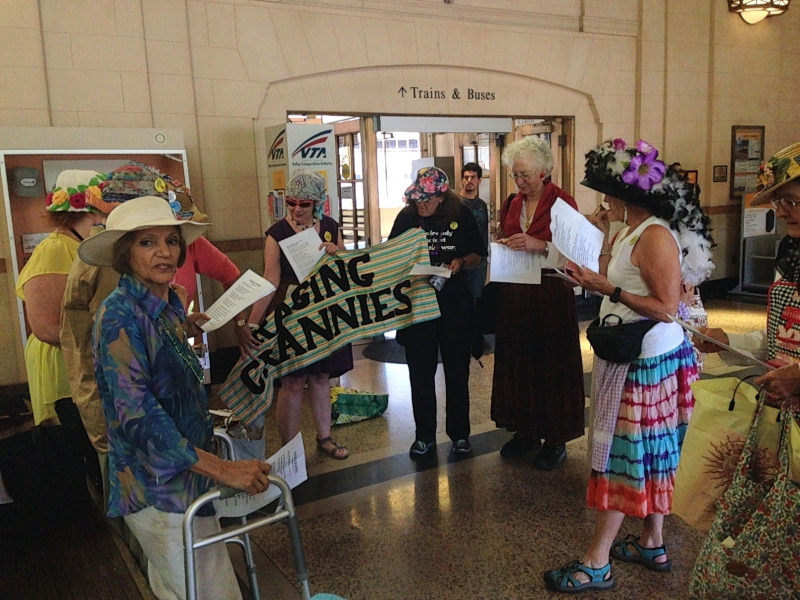 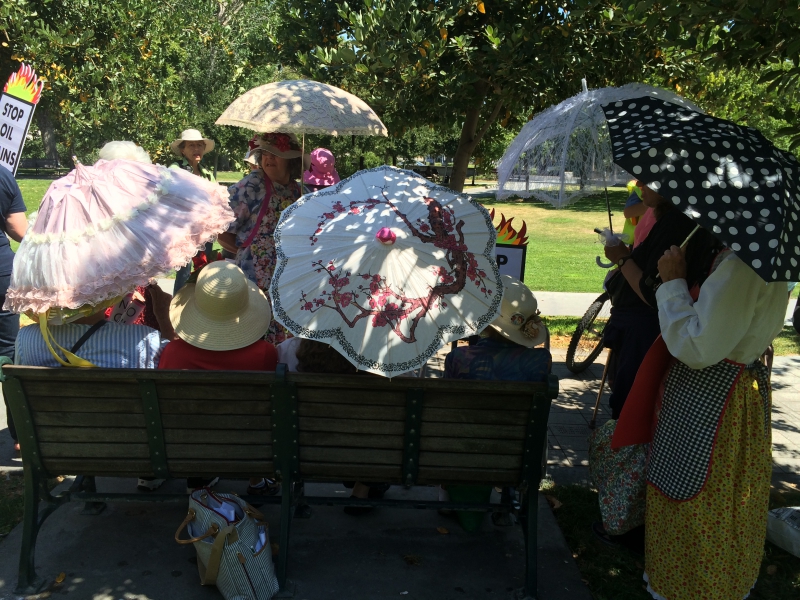 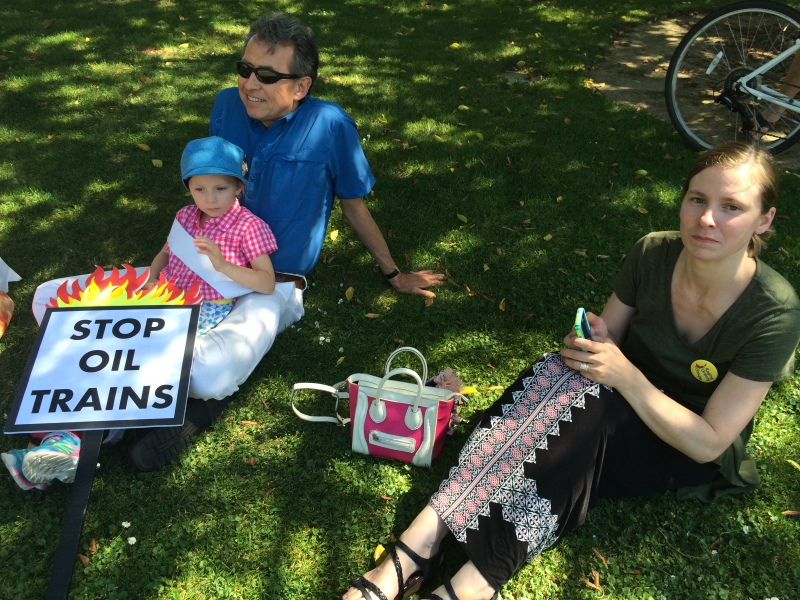 original image (3264x2448)
Houses near the railroad tracks are in particular danger...the "blast zone" of endangerment is one mile
§Robot with a message
by R. Robertson Tuesday Jul 14th, 2015 6:22 PM 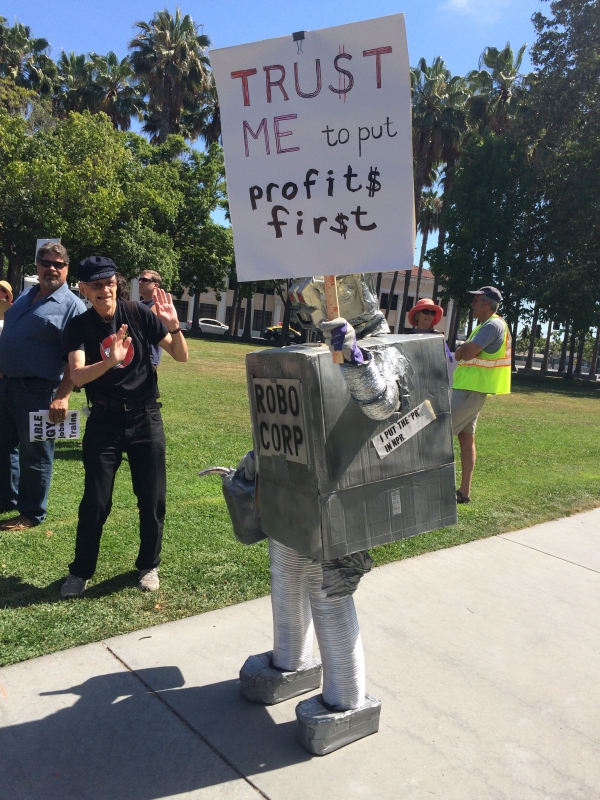 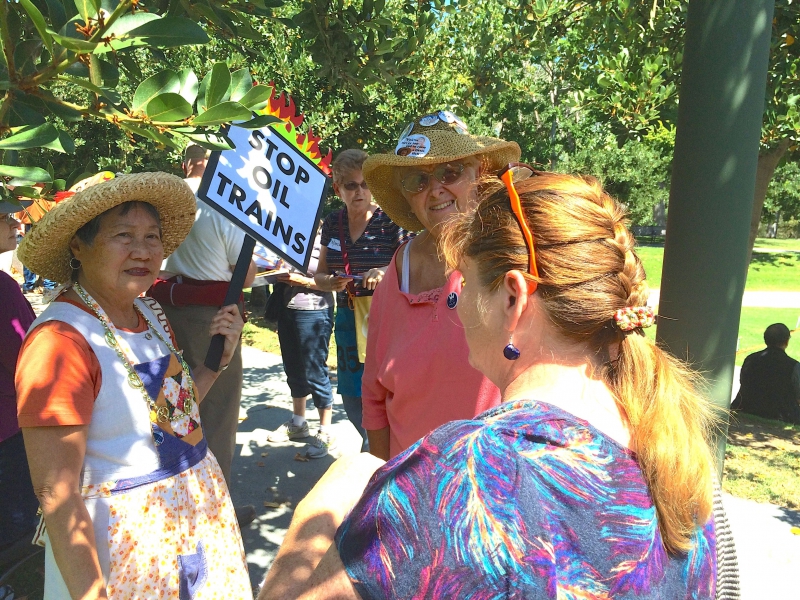 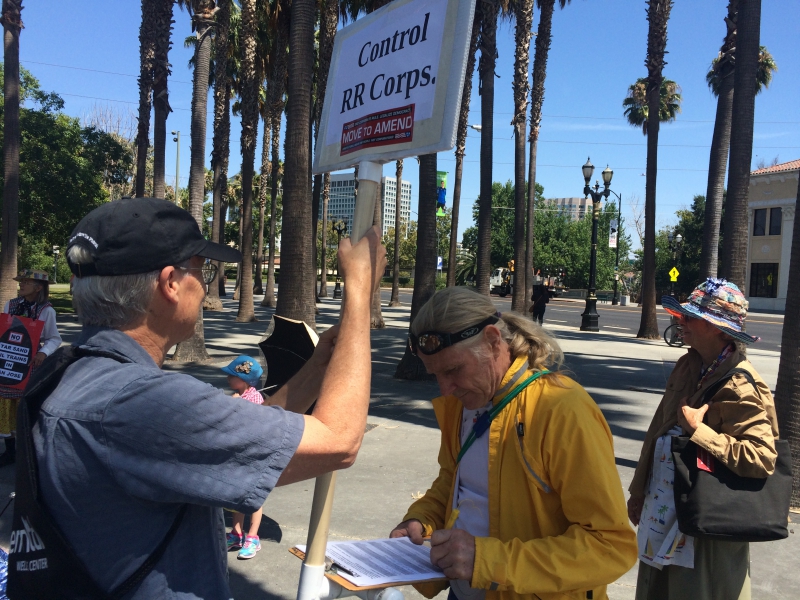 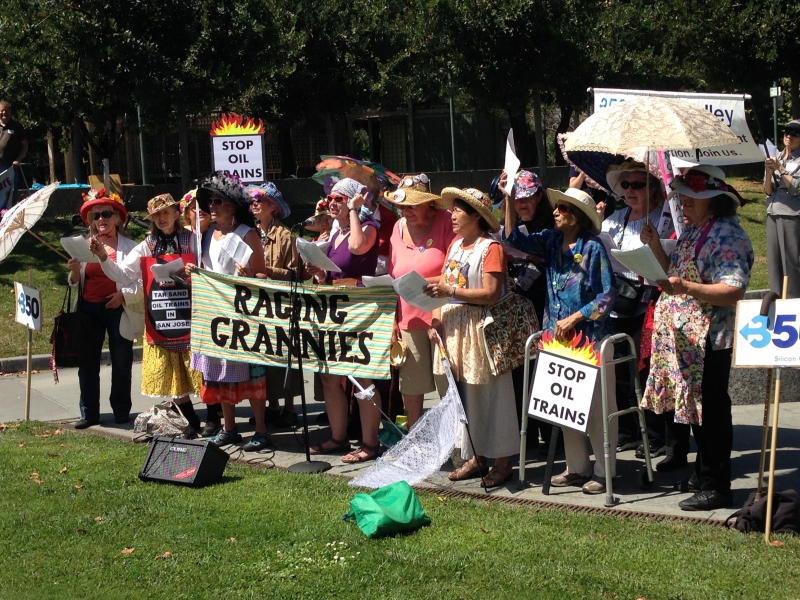 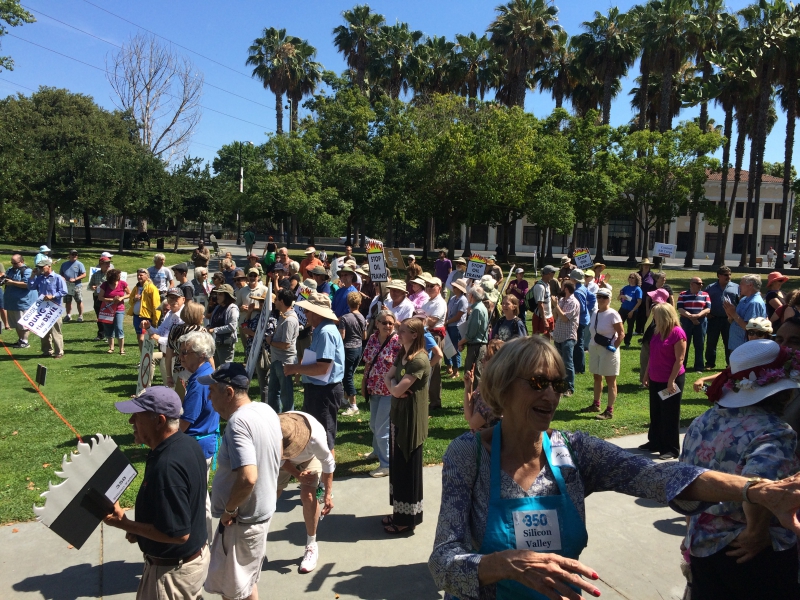 original image (3264x2448)
The event was covered on corporate media TV news hopefully bringing more attention to the issue
Add Your Comments
LATEST COMMENTS ABOUT THIS ARTICLE
Listed below are the latest comments about this post.
These comments are submitted anonymously by website visitors.