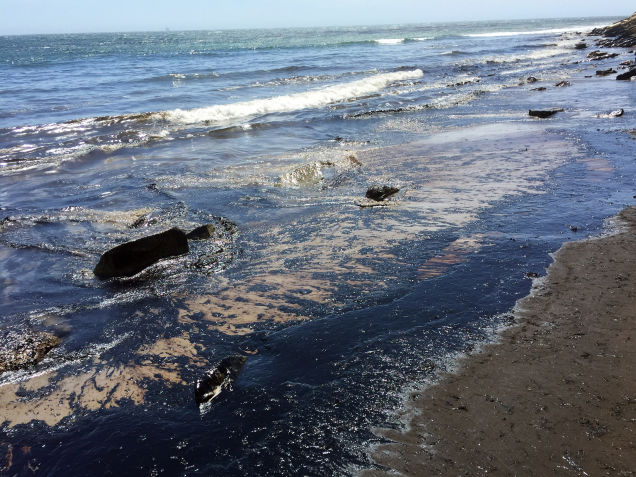 The administration of Governor Jerry Brown lived up to its role as one of the most Big Oil-friendly regimes in California history by recently approving 9 new plans for extensive new offshore fracking near the California coast.

The state’s Division of Oil, Gas and Geothermal Resources approved the permits for nine new fracking operations in Long Beach Harbor, according to the Center for Biological Diversity. The new offshore fracks, which would begin in August and continue through December, would be the first in state waters since 2013.

“Haven’t we seen enough dead wildlife and polluted beaches?” said Kristen Monsell, a Center attorney, in a news release. “Every offshore frack increases the risk of chemical pollution or another devastating oil spill. Gov. Brown has to recognize that halting offshore fracking is critical to protecting marine animals and coastal communities from this toxic technique.”

Before that, oil companies used fracking at least 203 times at six sites over two decades off Long Beach, Seal Beach and Huntington Beach and in the Santa Barbara Channel, according to interviews and drilling records obtained by The Associated Press through a public records request in 2013. (http://www.scpr.org/news/2013/10/19/39912/more-offshore-fracking-found-off-southern-californ/)

“Approving new offshore fracking just weeks after Santa Barbara’s devastating oil spill is a new low,” Monsell said. “Gov. Brown’s oil regulators just saw how dangerous oil production in coastal areas can be, but they didn’t hesitate to greenlight these fracks. The high pressures and dangerous chemicals used in this toxic technique have no place in our beautiful ocean.”

Meanwhile, crews continue to clean up the Santa Barbara Oil spill that began on May 19 when a pipeline owned by Plains All America Pipeline ruptured off Refugio State Beach. The mainstream and most "alternative" media continue to suppress any discussion of the root cause of the oil spill and the massive fracking that has fouled California coastal waters over the past 20 years - Big Oil's capture of the state officials that oversee the regulatory apparatus.

On September 20, 2013, Governor Jerry Brown signed Senate Bill 4, the "green light for fracking bill, an odious piece of legislation sponsored by Senator Fran Pavley that creates the infrastructure for the expansion of fracking in California. Before Brown signed the bill, he had received millions in donations from Big Oil, according to Robert Gammon's East Bay Express article published on October 2, 2013. (http://www.eastbayexpress.com/oakland/fracking-jerry-brown/Content?oid=3726533)

"Before Jerry Brown signed legislation last month that promises to greatly expand fracking in California, the governor accepted at least $2.49 million in financial donations over the past several years from oil and natural gas interests, according to public records on file with the Secretary of State's Office and the California Fair Political Practices Commission. Of the total, $770,000 went to Brown's two Oakland charter schools — the Oakland School for the Arts and the Oakland Military Institute. The other $1.72 million went to his statewide political campaigns for attorney general and governor, along with his Proposition 30 ballot-measure campaign last year," said Gammon.

On July 1, 2015, anti-fracking, environmental and watchdog groups responded to the release of the final fracking regulations developed under Senate Bill 4, pointing out that the rules promote more fracking and pollution of water supplies in the drought-plagued state.

“These regulations will not alter the fundamental way these inherently dangerous oil drilling techniques are conducted and therefore cannot prevent the dangerous and severe consequences that will continue to harm California," said Adam Scow, California Director of Food and Water Watch. "For example, the recent Refugio oil spill in Santa Barbara has been tied to offshore oil rigs that have used acidizing and are seeking permits to frack. Moreover, the industry continues to dispose its toxic wastewater into aquifers that could be used for drinking and irrigation purposes.” (http://www.indybay.org/newsitems/2015/07/02/18774351.php)

It gets worse. In one of the most egregious environmental conflicts of interest in California history, Western States Petroleum Association President President Catherine Reheis-Boyd, the head of the same oil industry trade association that lobbies for the Plains All American Pipeline corporation, is the very same person who chaired the panel that created the so-called "marine protected areas" that have been fouled with crude oil! (http://www.calitics.com/diary/15750/lobbyist-for-oil-pipeline-company-oversaw-creation-of-fouled-marine-protected-areas)

While the oil industry was fracking like crazy on the California coast, Reheis-Boyd was chairing the Marine Life Protection Act (MLPA) Initiative Blue Ribbon Task Force to create questionable "marine protected areas" in Southern California. She also served on the MLPA panels for the Central Coast, North Central Coast and North Coast from 2004 to 2012.

The alleged "marine protected areas" created under the leadership of her and other corporate operatives and political hacks fail to protect the ocean from oil spills, fracking, offshore drilling, pollution, military testing, corporate aquaculture and all human impacts on the ocean other than sustainable fishing and gathering.

One of the least well-known facts of California politics is that the oil industry is the largest and most powerful corporate lobby in California, allowing the oil and gas companies to manipulate, control and effectively control the regulatory apparatus.

Reheis-Boyd's Western States Petroleum Association (WSPA) set a new record for lobbying expenses in 2014 when it spent $8.9 million spent on lobbying, nearly double what it spent in the previous year. WSPA spent $4.67 million in 2013. (http://www.eastbayexpress.com/SevenDays/archives/2015/02/06/big-oil-group-spent-89-million-last-year-lobbing-jerry-brown-and-california-officials)

While the mainstream media and corporate "environmental" groups try to portray California as a "green" state and the Brown administration as a "green" one, California's "green" reputation is largely undeserved. Brown is without a doubt the worst Governor for fish, water and the environment in recent California history, as I have documented in article after article. For more information, read my investigative piece about Brown's war on the environment at: http://www.indybay.org/newsitems/2015/04/15/18771135.php