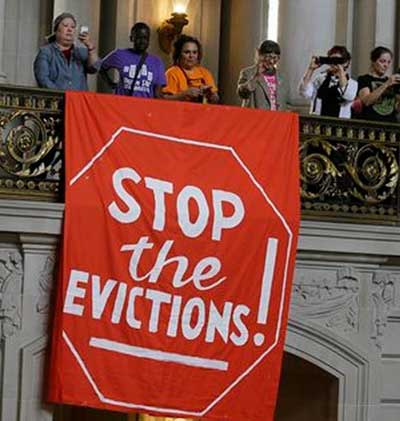 San Francisco is rapidly turning into a city only for the super-rich. While the number of billionaires increase, tens of thousands of working people and small business people are being driven out of the city by speculators and developers who run SF city hall and the state legislature. Working people are being told they can no longer live in the Bay Area.

At the same time, the city is driving to privatize all public housing and turn the operations over to “non-profits” which have appointed boards, and whose workers are very much underpaid compared to public workers. This forum will look at who is benefiting by these policies and how the privatization of public housing will lead to the end of any poor people in public housing.

Sponsored by United Public Workers For Action
http://www.upwa.info
Add Your Comments
Support Independent Media
We are 100% volunteer and depend on your participation to sustain our efforts!