Add an Event
Newswire
Calendar
Features
Home
Donate
From the Open-Publishing Calendar
From the Open-Publishing Newswire
Indybay Feature
Publish to Newswire
Add an Event
Related Categories: Peninsula | LGBTI / Queer
Facebook Discriminates Against LGBT and Native American Communities: Protest Report
by R. Robertson
Tuesday Jun 2nd, 2015 3:22 AM
The Sisters of Perpetual Indulgence took the lead in organizing a protest held in front of Facebook headquarters in Menlo Park, California yesterday. Sister Roma said that it's time Mark Zuckerberg realized that identity is fluid. She and about 100 others travelled from San Francisco and other parts of the Bay Area to Silicon Valley to send an important message to the Facebook CEO. 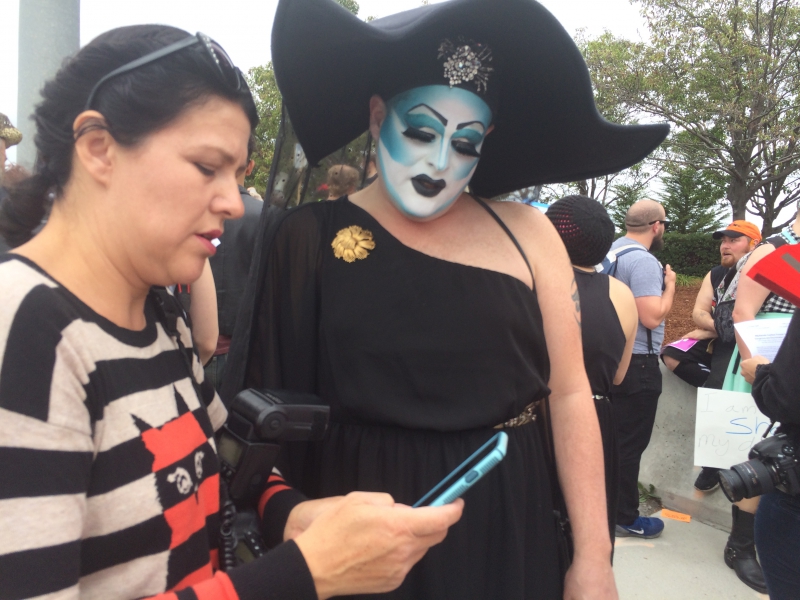 original image (3264x2448)
The Sisters for Perpetual Indulgence rallied in front of Facebook's headquarters yesterday to demand that the social media company remove the fake name reporting option and stop asking users for government IDs. They stood with representatives of the African-American and Native American communities to say that it's not fair that anybody can claim someone is using a fake name and report that person to Facebook for scrutiny.

Victims of domestic violence also called for change to Facebook's policy requiring that members use only birth names. They said that using their real name exposes them to their abusers.

People should be able to remain anonymous, the protesters said. Many Native Americans have two-word last names that were sometimes handed down in tribal ceremonies. White separatists have been able to disable Native American Facebook accounts by reporting tribal names as "fake" to Facebook. Sam White Swan-Perkins quoted Native legal activist Chase Iron Eyes as having said, "we are just the messengers, our warriors haven’t even shown up, and that’s when Facebook is going to pay attention." (See video below).

African Americans and others with non-European names have been similarly affected. Drag queens and kings, along with transgendered people, want to be able to use their names of preference as well.
§Protesting in Pink
by R. Robertson Tuesday Jun 2nd, 2015 3:22 AM 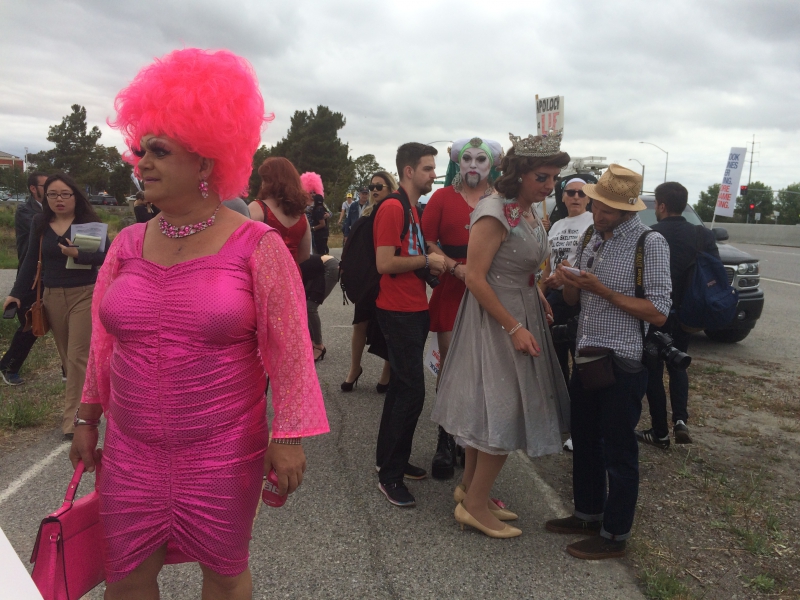 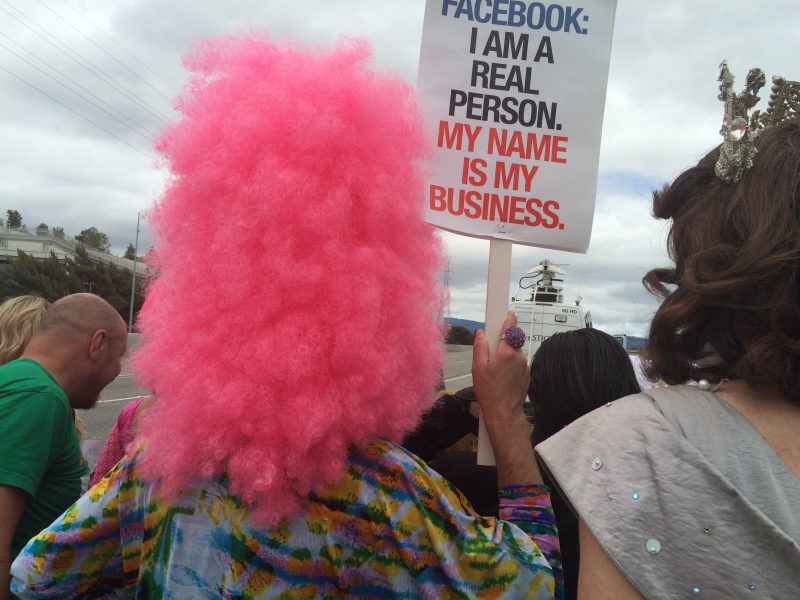 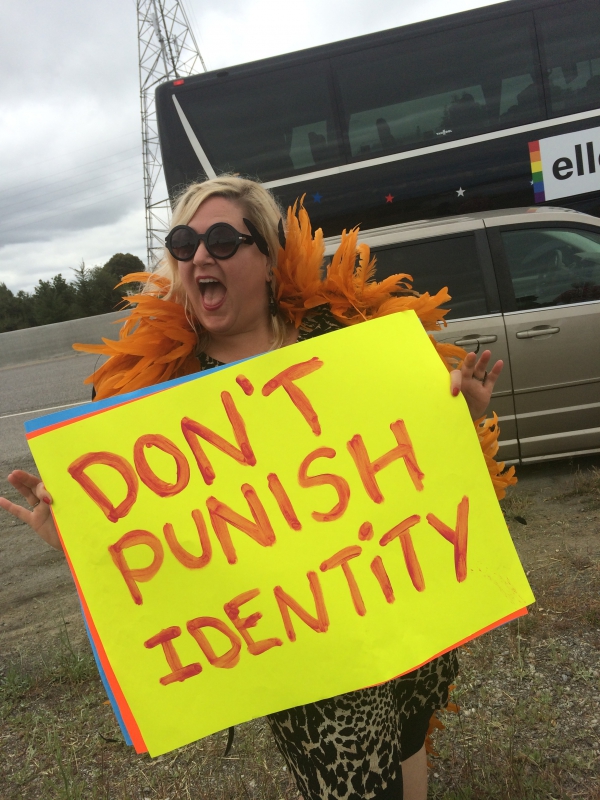 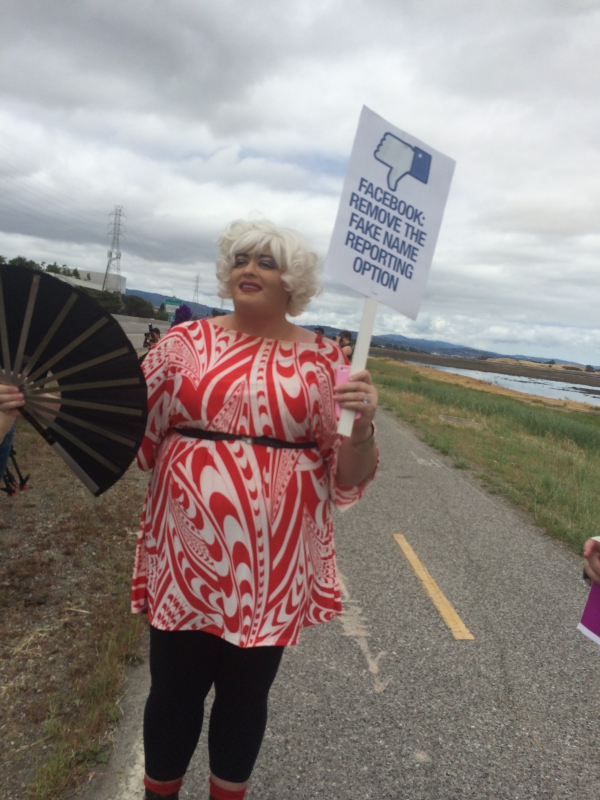 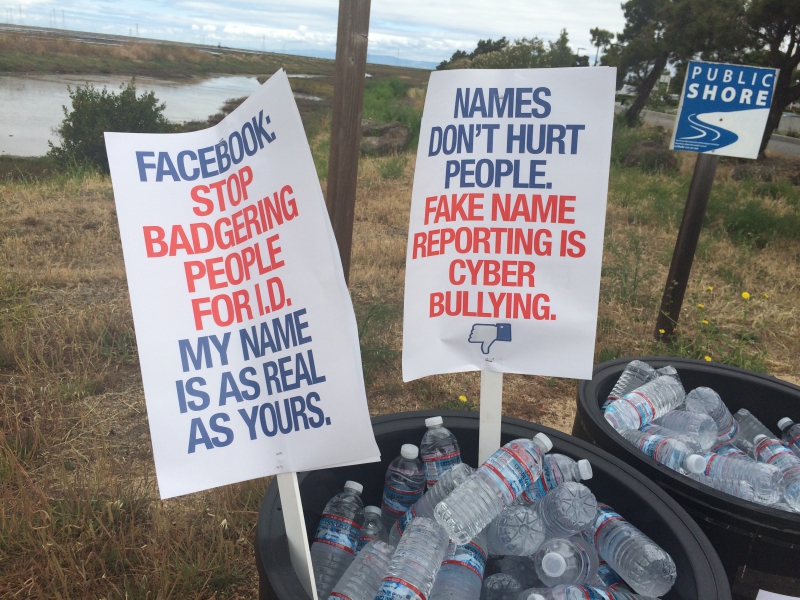 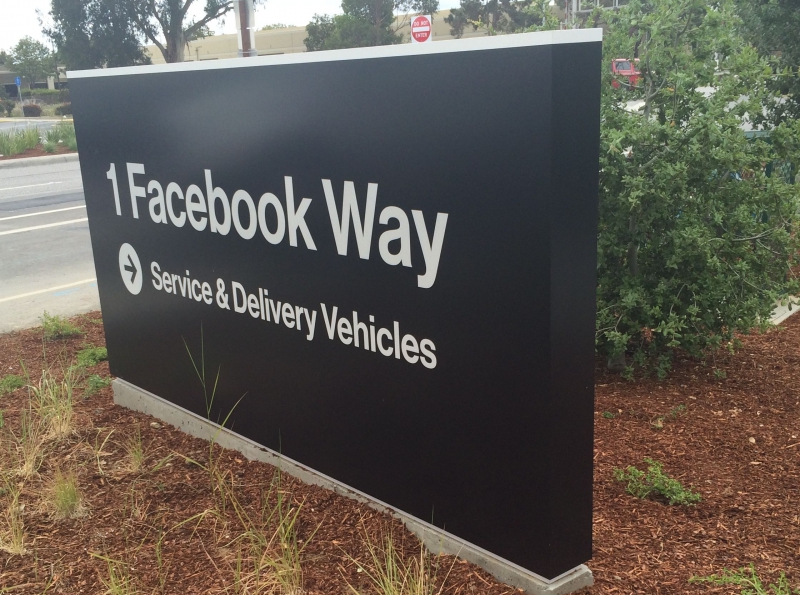 original image (2240x1667)
Corporations like to name streets to promote themselves in Silicon Valley
§Sam White Swan-Perkins
by R. Robertson Tuesday Jun 2nd, 2015 8:13 AM
Copy the code below to embed this movie into a web page:
Download Video (2.4MB) | Embed Video
"We have got some really good legal minds in Native California and in Native America as a whole who have been working on it and we are are not gonna take it lying down ...the AIMs know all about it and we are just the messengers. I want to quote Chase Iron Eyes, who is a very well-known Native American activist. And he will tell you we are just the messengers, our warriors haven’t even shown up, and that’s when Facebook is going to pay attention."
Add Your Comments