Add an Event
Newswire
Calendar
Features
Home
Donate
From the Open-Publishing Calendar
From the Open-Publishing Newswire
Indybay Feature
Publish to Newswire
Add an Event
Related Categories: San Francisco | Labor & Workers
Community And Labor Protest To Stop Monsanto In San Francisco
by Labor Video Project
Monday May 25th, 2015 9:29 PM
Protests were held throughout the world on the Stop Monsanto Day on May 23, 2015. In the San Francisco students and community activists spoke out as well as trade unionists. 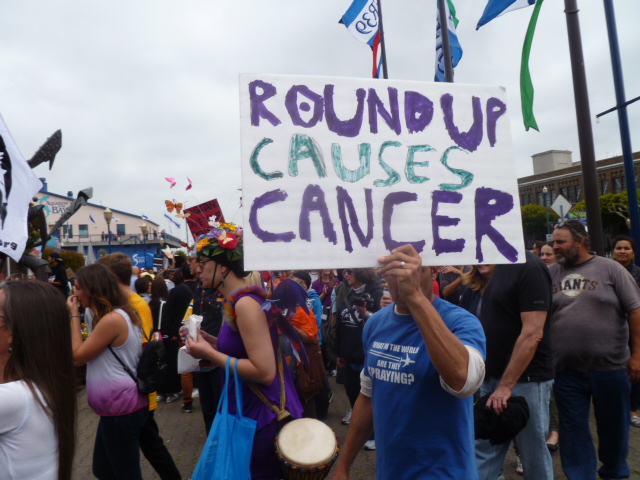 Community And Labor Protest To Stop Monsanto In San Francisco
As part of an international action against Monsanto, community and labor activists joined in protest on May 23, 2015 in San Francisco. Trade unionists from the US connected the issues of Monsanto to increasing health and safety problem for workers and the public. One of the founders of the UFWA Al Rojas also discussed the conditions of agricultural workers on both sides of the border and the dangerous health problems that are happening as a result of these pesticides Monsanto is pushing. Also Dinga Sikwebu of the National Union Of Metal Workers Of South Africa reported on the role of Monsanto in South Africa and the simultaneous rallies happening there.
Production of Labor Video Project
http://www.laborvideo.org
http://youtu.be/wnuu1Javuv8
§UFW Co-Founder Al Rojas Speaks At Monsanto Protest
by Labor Video Project Monday May 25th, 2015 9:29 PM 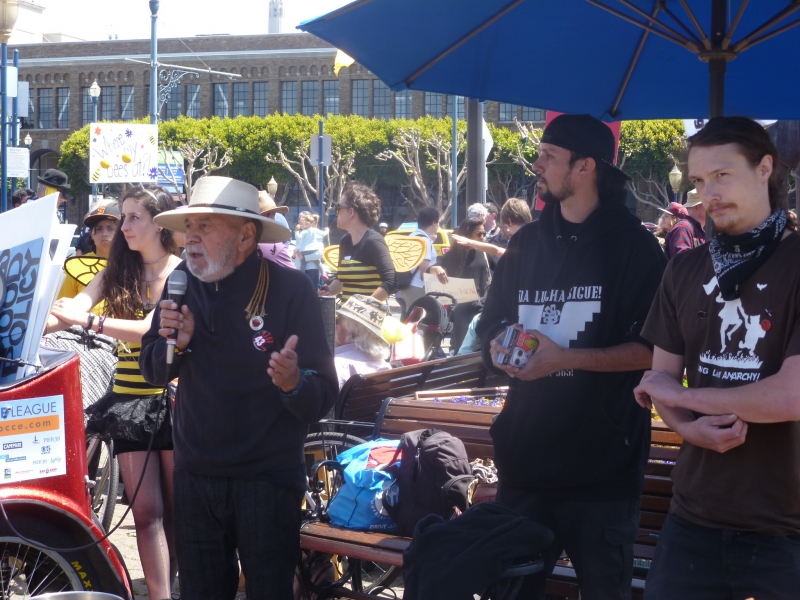 original image (2048x1536)
Al Rojas one of the co-founders of the UFWA spoke about the struggle and health and safety issues for agricultural workers on both sides of the border. He reported on the campaign of the Driscoll workers and also the illnesses caused by the use of pesticides and other chemicals being pushed by Monsanto.
http://youtu.be/wnuu1Javuv8
Add Your Comments
Support Independent Media
We are 100% volunteer and depend on your participation to sustain our efforts!