Tim Molina of the Courage Campaign speaks at the protest at the Nestlé bottling plant in Sacramento. Photo by Dan Bacher 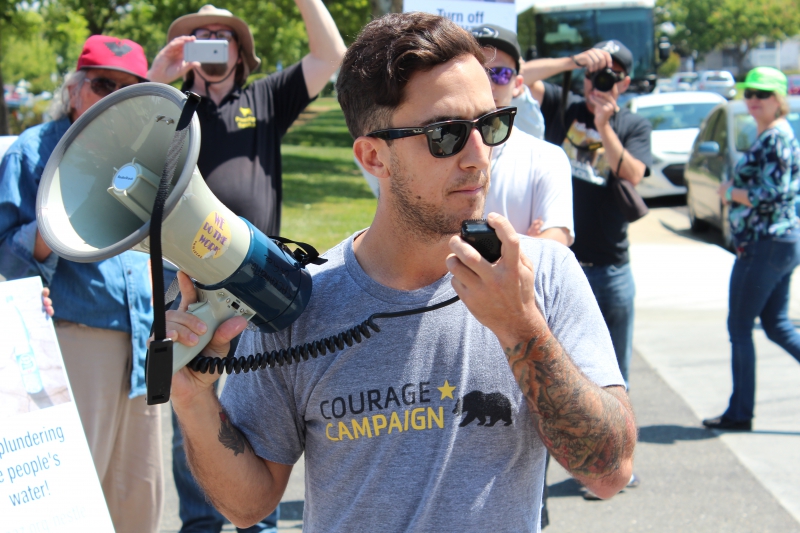 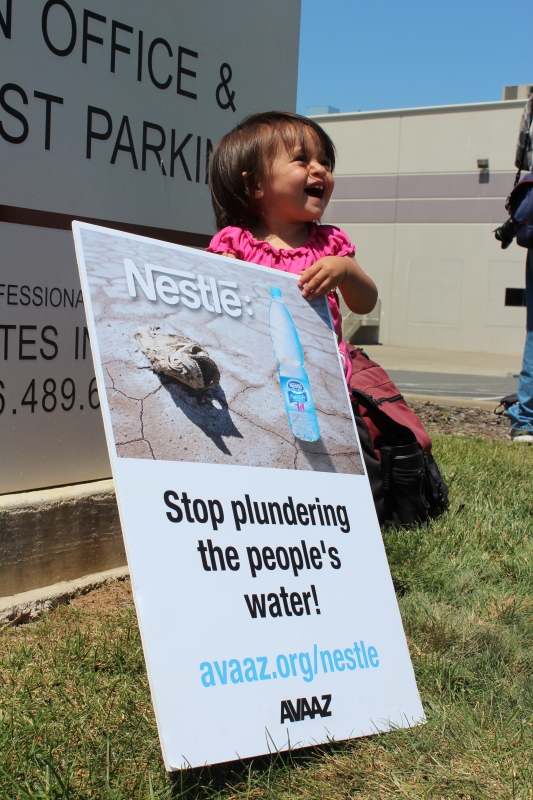 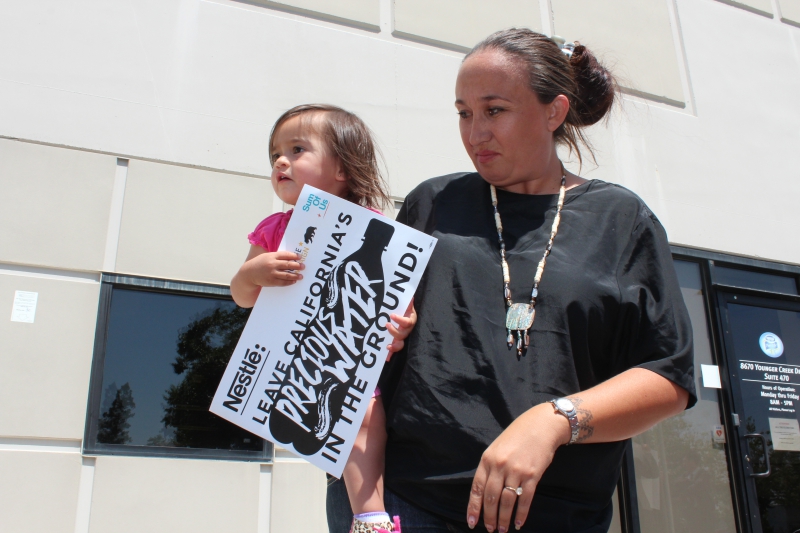 original image (5184x3456)
Jessica Lopez, Chair of the Concow Maidu Tribe, with her daughter in front of the Nestlé bottling plant. Photo by Dan Bacher.
§Leave it in the ground!
by Dan Bacher Thursday May 21st, 2015 8:27 PM 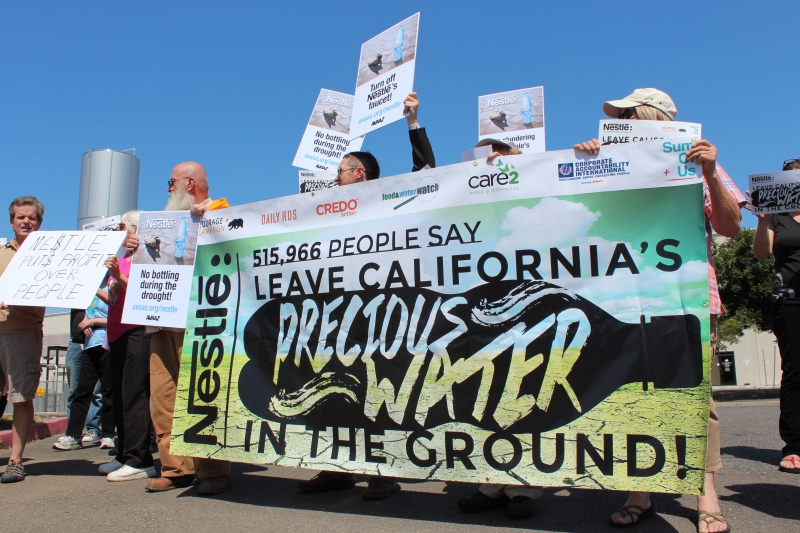 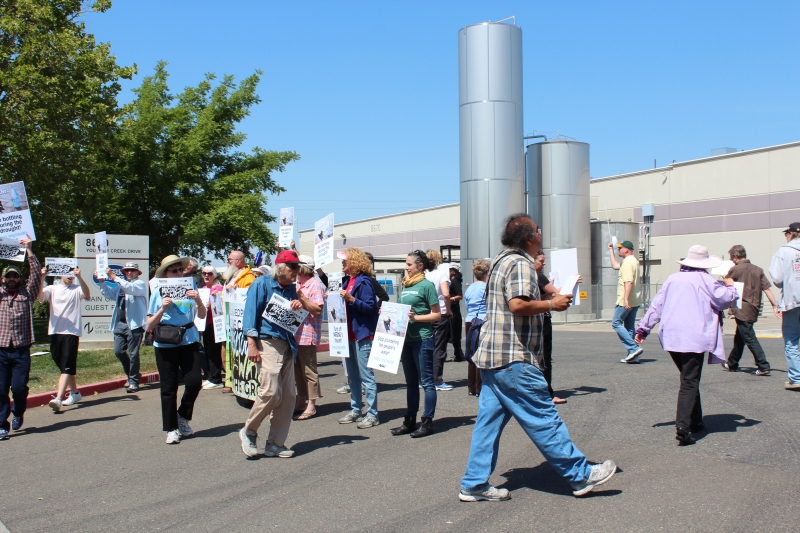 original image (5184x3456)
After marching in front of the entrance of the bottling plant, the organizers and activists delivered the petitions to Nestlé management. Photo by Dan Bacher.
§Francisco Dominguez
by Dan Bacher Thursday May 21st, 2015 8:27 PM 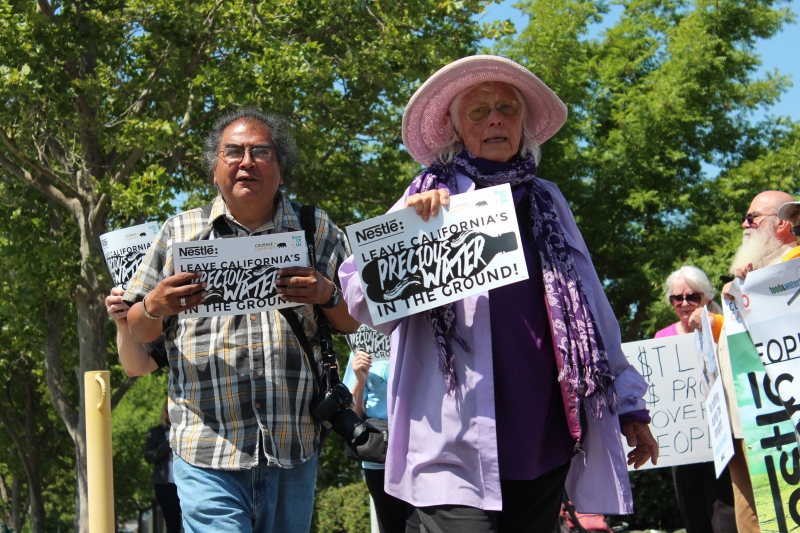 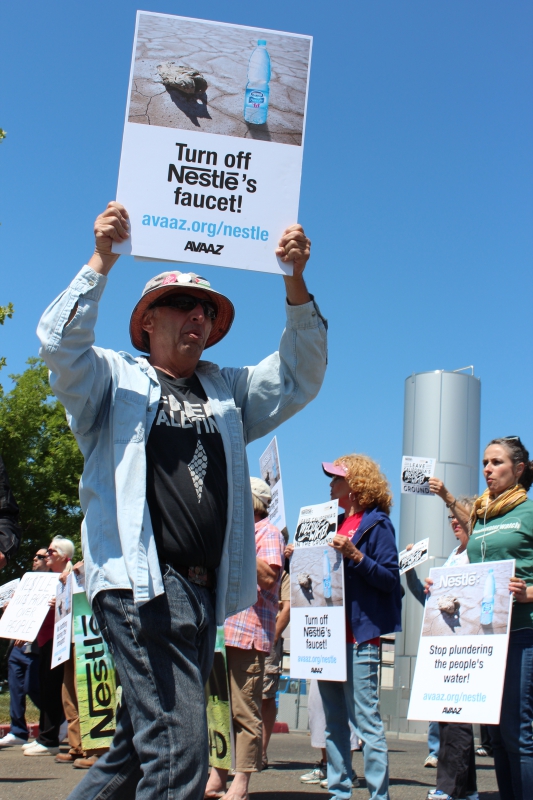 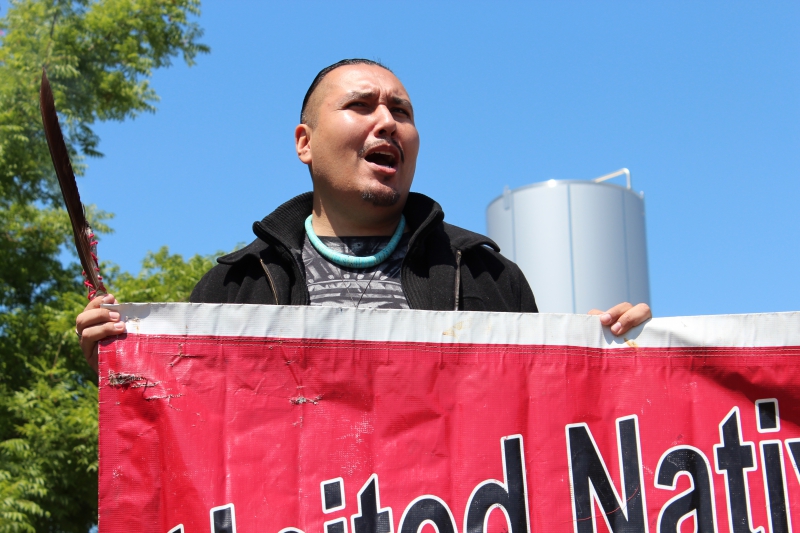 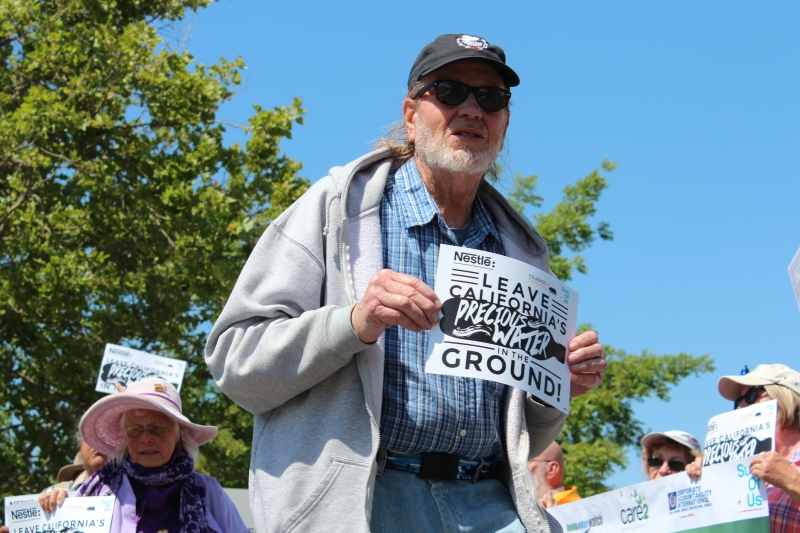 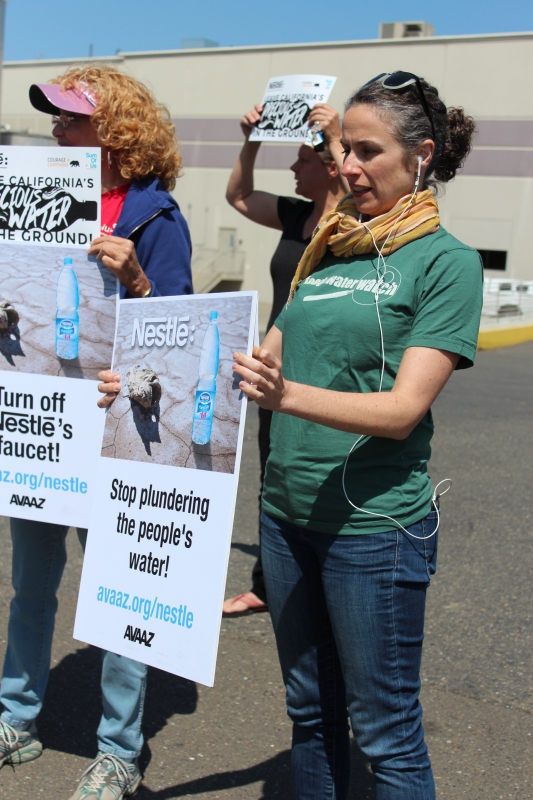 original image (3456x5184)
Sandra Lupien (right) of Food and Water Watch holds a sign at the protest. Photo by Dan Bacher.
Add Your Comments
LATEST COMMENTS ABOUT THIS ARTICLE
Listed below are the latest comments about this post.
These comments are submitted anonymously by website visitors.