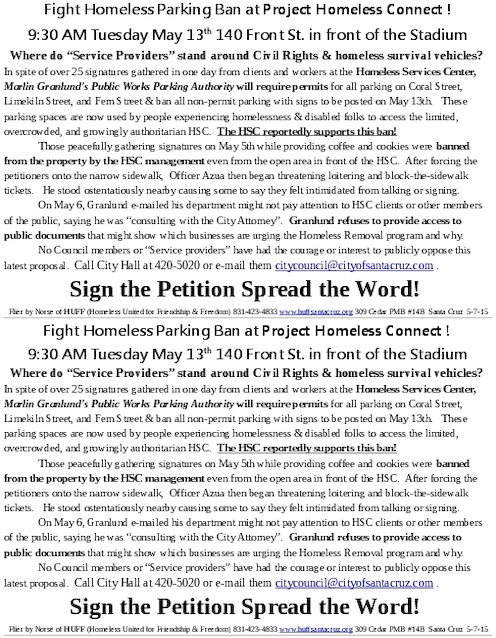 Download PDF (54.9KB)
We're putting ahead the protest and signature gathering to tomorrow at 9:30 AM. We have a few days remaining for public comment, depending on whether Granlund allows it. His office (at Public Works) and that of the Councilmembers is conveniently located right across the street from the Main Library.

Here's an updated flier with more information. We'll be distributing it tomorrow morning. Come on down and help, if you'd like, then pile on the Councilmembers, Commission members, and Public Works flunkies to demand they stop this new seizure of public space in the interests of business prejudice and the SCPD agenda.
Add Your Comments
Support Independent Media
We are 100% volunteer and depend on your participation to sustain our efforts!