Add an Event
Newswire
Calendar
Features
Home
Donate
From the Open-Publishing Calendar
From the Open-Publishing Newswire
Indybay Feature
Publish to Newswire
Add an Event
Related Categories: San Francisco | Racial Justice
Native Lives Matter Banner Drop at Mission Dolores
by #NoSainthoodforSerra
Friday May 1st, 2015 11:45 PM
A 'Native Lives Matter' banner was displayed at Mission Dolores in San Francisco in advance of the protest planned there for May 2. 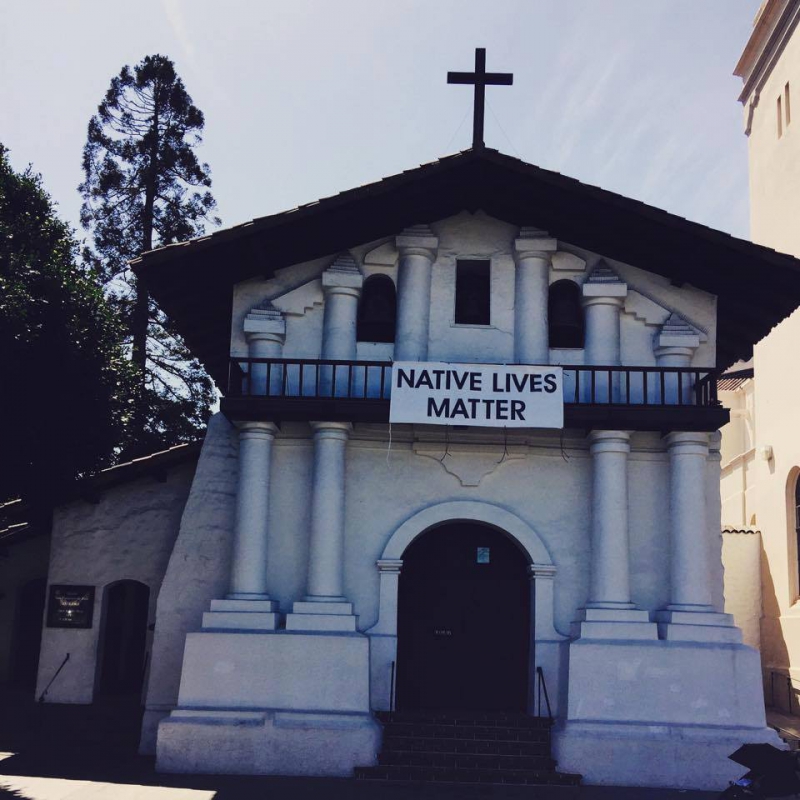 original image (960x960)
On May 2 there will be a demonstration at Mission Dolores as part of an 'International Day of Mourning' held in response to the celebration of Junipero Serra in Rome and at the American seminary in LA on the same day.

The Vatican has announced Junipero Serra is expected to be canonized and made a Saint by Pope Francis in September when he visits the US. Native American activists have planned a series of protests at the California Missions, where Serra oversaw the genocide of thousands of Indigenous Californians.

§Seeking to receive emails about Native Lives Matter events in the Bay Area. Thank you
by Kathleen Byrne
Sunday Sep 20th, 2015 9:07 AM
Thank you for any information about events, mailing lists, etc. Kathleen
Add a Comment
Support Independent Media
We are 100% volunteer and depend on your participation to sustain our efforts!