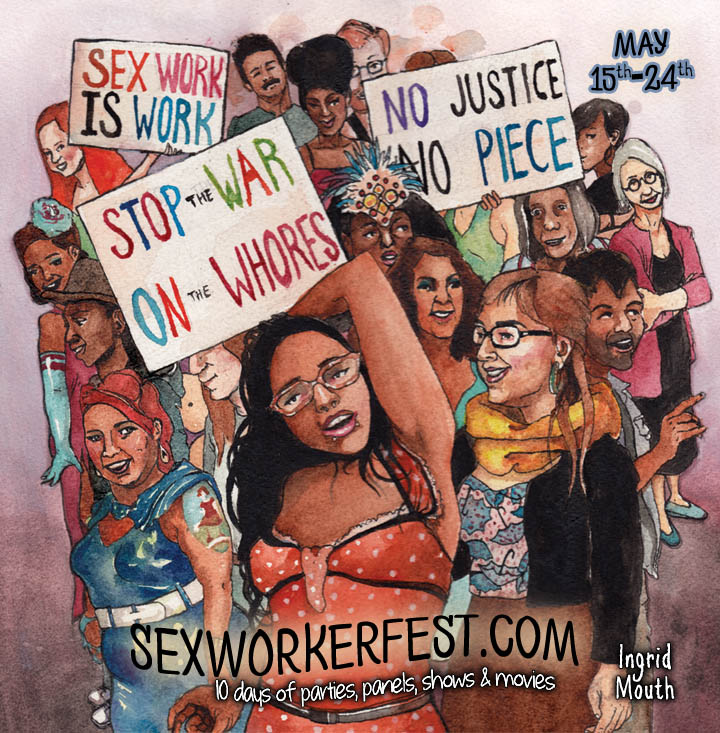 Community events include Sex Work IS NOT Trafficking, a community discussion and screening about the increasing scapegoating of sex workers, youth, migrants, people of color and other communities under the guise of anti-trafficking. SWAG (Sex Workers Action Group) joins the Festival this year to present 'Human and Here: A Community Event Against Violence' mobilizing resistance and addressing conditions surrounding violence against sex workers and transgender women of color.

Festival Founder, Carol Leigh AKA Scarlot Harlot says, "Sex workers have an excellent vantage point from which to view hypocrisies, from the lawmakers who use our services, then sponsor policies which further criminalize us, to the wanna-be saviors who claim to 'rescue' us but only increase our vulnerability. This whores-eye-view of society is reflected in this body of work by sex workers."

Tickets are available at http://www.loveandcondoms.eventbrite.com/ See our full 10 day event calendar at http://www.sexworkerfest.com/swfest2015/calendar2015.html

http://www.sexworkerfest.com
Add Your Comments
Support Independent Media
We are 100% volunteer and depend on your participation to sustain our efforts!