Add an Event
Newswire
Calendar
Features
Home
Donate
From the Open-Publishing Calendar
From the Open-Publishing Newswire
Indybay Feature
Publish to Newswire
Add an Event
Related Categories: Central Valley | Environment & Forest Defense | Health, Housing & Public Services
How Blue is Your Valley?
by Mike Rhodes (mikerhodes [at] comcast.net)
Saturday Apr 25th, 2015 4:47 PM
Mark Arax keynote address at the Community Conference on Water in the San Joaquin Valley (April 24, 2015 in Fresno California). Audio - 29:06 minutes.
Listen now:
Copy the code below to embed this audio into a web page:
Download Audio (26.7MB) | Embed Audio
This audio is Mark Arax’s keynote address to the Environmental Law Section of the State Bar of California. He addresses the current water crisis in the valley, gives a historical perspective on water issues and asks: What are the limits of growth and urban sprawl in the valley?

Who is Mark Arax?

In the world of journalism, Mark Arax stands out as a rarity. On one hand, he is a skilled investigative reporter who unearths secrets from the depths of shadow governments. On the other hand, he is a gifted writer whose feature stories and books are distinguished by the “poetry of his prose.”

His Los Angeles Times stories revealing state sanctioned murder and cover-up in California prisons were praised by The Nation magazine as “one of great journalistic achievements of the decade.” Fellow writers at PEN and Sigma Delta Chi have singled out the lyrical quality of his writing in award-winning stories on life and death in California’s heartland. In a review of his most recent book, “West of the West,” the Washington Post called Mark a “great reporter…. tenacious and unrelenting.”

Like the legendary Carey McWilliams, Mark digs deep in the dirt of the Golden State, finding tragedies hidden from most Californians. With equal passion, he chronicles the plight of both farm workers and farmers. His stories on the land are told from the close up of a native whose own family narrative is found in the same soil. His grandfather Aram's first job in America was picking the fruits and vegetables of the San Joaquin Valley; his father, Ara, was born on a raisin farm outside Fresno.

Mark’s first book, “In My Father’s Name,” is a stirring memoir that weaves together the history of his Armenian family and hometown of Fresno with his decades-long search to find the men who murdered his father in 1972. A full-page review in the New York Times Sunday Book Review saw Mark’s journey to wrest the truth from his haunted past as a kind of "Moby Dick" struggle.

His second book, the bestselling “The King of California,” co-authored with Rick Wartzman, tells the epic story of the Boswell farming family and the building of a secret American empire in the middle of California. Named one of the top ten books of the year by the L.A. Times and the San Francisco Chronicle, "The King of California" won a 2004 California Book Award and the 2005 William Saroyan International Writing Prize.

His third book, a 2009 collection of stories called “West of the West: Dreamers, Believers, Builders and Killers in the Golden State,” received critical acclaim in the Atlantic Monthly and Los Angeles Times and a starred review in Publishers Weekly, which compared Mark’s “sure and supple essays” to the great social portraits of Joan Didion and William Saroyan.

"It is Arax's personal connection to the land,” the review noted, “that pushes his collection past mere reportage to a high literary enterprise that beautifully integrates the private and idiosyncratic with the sweep of great historical forces."

A top graduate of Fresno State and Columbia University, Mark left the Los Angeles Times in 2007 after a public fight over censorship of his story on the Armenian Genocide. He has taught literary non fiction at Claremont McKenna College and Fresno State University and served as a senior policy director for the California Senate Majority Leader. The father of three children who lives on a suburban farm in Fresno, Mark still throws a mean batting practice to his Little League players. 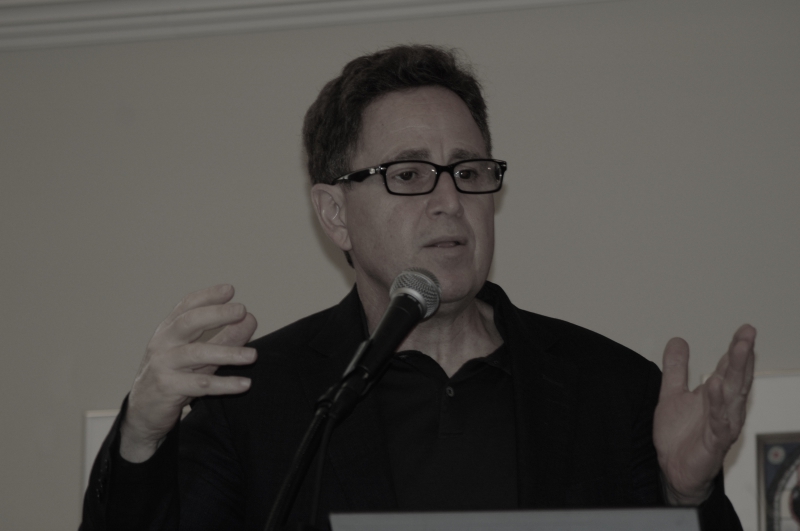