Add an Event
Newswire
Calendar
Features
Home
Donate
From the Open-Publishing Calendar
From the Open-Publishing Newswire
Indybay Feature
Publish to Newswire
Add an Event
Related Categories: U.S. | Government & Elections
National Conference on Left-wing Challenges to the Two Party System to be held in Chicago
by Jonathan Nack
Wednesday Apr 22nd, 2015 2:46 PM
The two day conference will feature panels, workshops, and discussions for “candidates, individuals, and organizations committed to a non-sectarian left political alliance in opposition to the two-party system of corporate-capitalist rule.” The conference organizers hope that an ongoing network for independent electoral activists, candidates, and elected officials will emerge from their efforts. 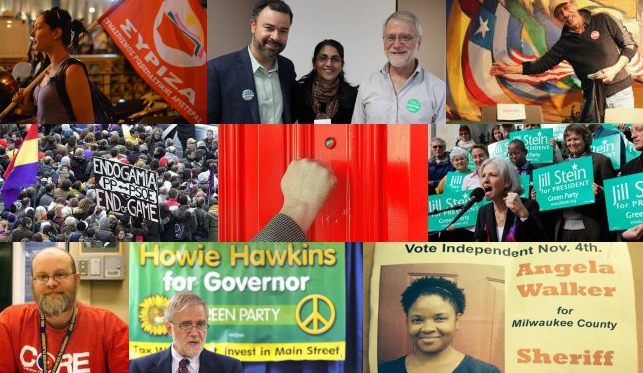 A national conference on “The Future of Left & Independent Politics” will be held in Chicago on May 2 and 3. [ http://leftelect.org/ ] The conference will bring together left-wing politicians, activists, and organizations to share experiences, discuss strategies, and plan new election challenges to the corporate controlled two party system.

Gayle McLaughlin of the Green Party and the Richmond Progressive Alliance [ http://richmondprogressivealliance.net/ ] is traveling to Chicago for the conference. McLaughlin, the former Mayor of Richmond, California, and current member of the Richmond City Council, who was re-elected after being termed out after two popular terms as Mayor, explained why she's going to the conference:

“The upcoming conference in Chicago is an exciting opportunity for all of us who understand the importance of independent politics.  There are various movements and efforts afoot nationwide.  There are also left independent electoral models that work side by side with movements.  That is in fact what we do in the RPA, but it's also important that our local efforts be interconnected with like-minded people across the nation.  We hope this conference provides the groundwork for a larger interconnected movement for social and environmental change and strengthens us all in the battle against corporate control of our democracy.”

Marsha Rummel, who was elected to the Common Council of Madison, Wisconsin and is a member of Progressive Dane, a county-wide group [ http://www.prodane.org/ ], is also going to Chicago. “I look forward to sharing over twenty years experience building Progressive Dane, an independent political party that is allied with social movements and has translated popular demands into legislation and has worked to build the capacity of rank and file workers, neighbors, and activists to effectively participate in local government,” said Rummel.

On Saturday night, May 2, the conference will feature a panel, “Elections, Labor and the Social Movements: Why are we running for office and Why we need Independent Political Campaigns,” with Tim Meegan, 2015 independent candidate for Alderman, 33rd ward, Chicago; Angela Walker, Candidate for Sheriff of Milwaukee in 2014; Jorge Mujica, 2015 socialist candidate for Alderman, 25th ward, Chicago; Jill Stein, Green Party candidate for President in 2012; and Bruce Dixon, Managing editor of  Black Agenda Report and co-chair of the Georgia Green Party.

The two day conference will feature panels, workshops, and discussions for “candidates, individuals, and organizations committed to a non-sectarian left political alliance in opposition to the two-party system of corporate-capitalist rule.” A draft agenda is available on the conference's web site.

A number of publications have endorsed the conference including Against The Current, Jacobin, and New Politics.

Quite a few municipal level elected officials from around the country have joined McLaughlin and Rummel in endorsing the conference, including some colleagues from RPA and Progressive Dane. Most of the endorsing elected officials are with the Green Party.

One endorser who stands out is Kshama Sawant, of Socialist Alternative, who was elected to the Seattle City Council. Sawant, who is currently running for re-election, will give a greeting to the conference to open the Saturday night panel. Writing in The Nation magazine, Sawant stated, “[t]he American left will have to build outside the Republican and Democratic parties, whose leaders have repeatedly demonstrated that they will go to any lengths to defend the superwealthy and protect the capitalist system. Progress can happen only by building independent working-class power..."

According to Michael Rubin, Solidarity [ https://solidarity-us.org/ ], to which he is a memeber, is the group that initiated organizing for the conference by approaching two other socialist groups: the International Socialist Organization [ http://www.internationalsocialist.org/ ] and Socialist Alternative [ http://www.socialistalternative.org/ ].

The conference has since drawn support from three trends which Rubin outlined as: candidates from anti-corporate progressive alliances such as the Richmond Progressive Alliance and Progressive Dane; explicitly socialist campaigns such as Sawant's; and left parties such as the Green Party, the Peace and Freedom Party, and the Vermont Progressive Party.

“There are three distinct strategies and we'll be discussing how we can work in synergy. How can these three distinct approaches complement each other and in what ways can we come together?” asked Rubin.

Rubin pointed out that some groups, such as the Socialist Party, don't fall neatly into any one of these trends. One might think of it as a spectrum of views with three poles.

Rubin will be traveling to Chicago from Oakland, California and will speak on a panel entitled, “Impediments to Voting,” about the struggle against California's Proposition 14, which aimed to eliminate the ballot status of the Green Party of California and the Peace and Freedom Party.

There is also a spectrum of views regarding the Democratic Party that will be reflected at the conference. Some groups, such as RPA, welcome progressive Democrats while stressing their independence. At the other end of this spectrum are those who won't ever work with or support any Democrats.

“The Democratic Party is the graveyard of social movements and facing Clinton versus Bush in 2016, we seem to be watching an old movie,” said Todd Chretien of the International Socialist Organization. “The Chicago conference brings together activists who share a desire to overcome this obstacle, but whom also have creative and strategic differences on how to do so.”

“From Occupy to the Chicago teacher's strike, to Black Lives Matter, it's obvious that there's a willingness to fight back. How to link together the movements in an independent electoral expression is a challenge for us all,” concluded Chretien.

Chretien challenged the two parties in 2006 when he ran for the U.S. Senate in California on the Green Party line. He received 147,074 votes, ran a good campaign and did much better than most whom challenge the two parties in an election for high office. However, Chretien's total still only amounted to 1.7 percent of the votes cast, which underscores the obstacles, difficulties, and immensity of the challenge.

The conference organizers hope that an ongoing network for independent electoral activists, candidates, and elected officials will emerge from their efforts.

One figure not involved in the conference is U.S. Senator Bernie Sanders of Vermont (Independent) - the country's highest ranking and best known socialist politician. Sanders has been publicly exploring a run for President of the United States and is expected to announce his decision this month, possibly right before the conference. Conference organizers wanted to keep the focus at the local level and building the grassroots and not get swept up in the Presidential election hoopla, which they thought could occur if Sanders was invited to speak.

Will Sanders run? If Sanders does run, will it be as an independent, as he's done in the past, or will he re-register to compete in the Democratic Party's primary against Hillary Clinton? Sanders has said he will announce his decision sometime this month, so it could become another topic of significant discussion and debate at the conference. If Sanders he'll run as an independent and reaches out for broad left support, including to the radical left and its organizations (admittedly a lot of ifs), he could generate excitement and draw significantly from the milieu that will be represented at the upcoming conference.

The conference will be held at 300 S. Ashland Avenue, Chicago, IL 60607. It will begin at 9:00 am on Saturday, May 2, and is scheduled to conclude Sunday afternoon. There is a Facebook event page at: https://www.facebook.com/lettelect?fref=ts Conference organizers can be contacted at: leftelect [at] gmail.com
§Three endorsers of the conference
by Jonathan Nack Wednesday Apr 22nd, 2015 2:46 PM 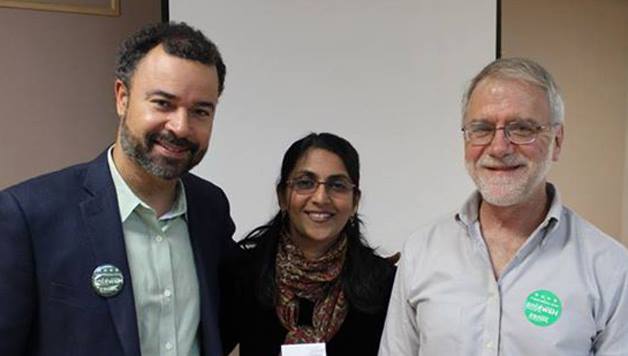 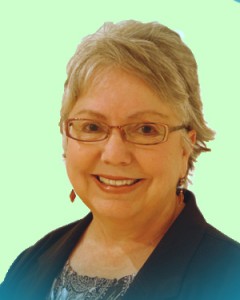 Gayle McLaughlin, the former Mayor of, and current member of the City Council of Richmond, CA will be participating in the conference. 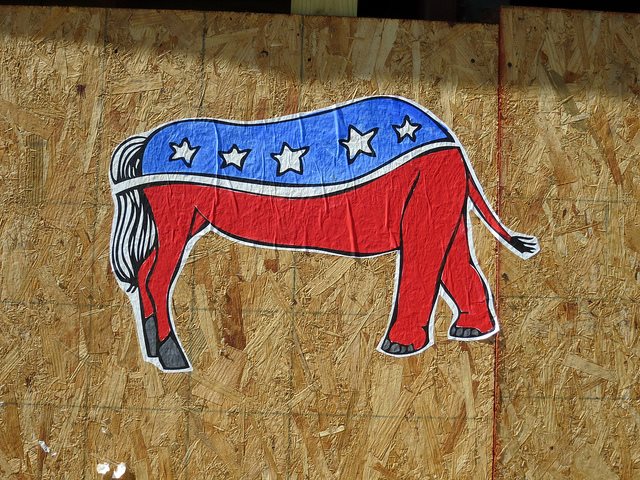 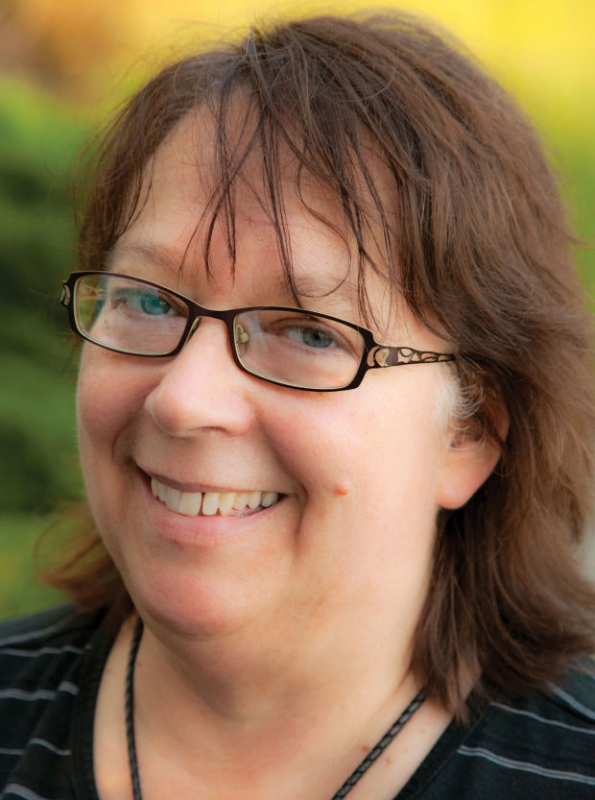 original image (620x833)
Marsha Rummel, who was elected to the Common Council of Madison, Wisconsin, and is a member of Progressive Dane, a county-wide group, is going to the conference. 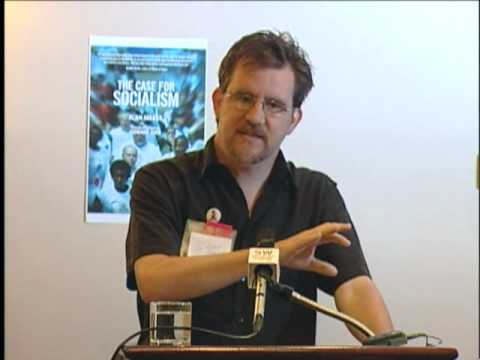 Photo source: wearemany.org
Add Your Comments
LATEST COMMENTS ABOUT THIS ARTICLE
Listed below are the latest comments about this post.
These comments are submitted anonymously by website visitors.