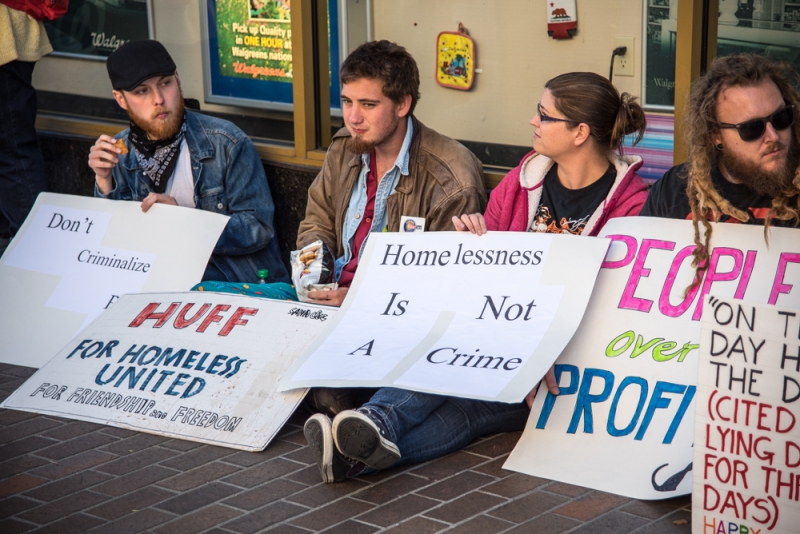 original image (1000x668)
The sit-lie ban, which was approved by the Monterey City Council in the summer of 2014, went into effect in October. Sitting or lying on commercial sidewalks in the city is now a crime between the hours of 7:00am and 9:00pm. To receive a citation, an individual must first be warned by police. "No person may be cited for a violation of this section until a peace officer first warns said person that his or her conduct is unlawful and said person is given a change [chance] to stop said conduct," the ordinance (Sec. 32-6.2) reads.

"One warning by a peace officer to a person who is violating this section is sufficient for a thirty (30) day period as to any subsequent violations of this section by said person during said period."

In response, demonstrators have scheduled protests to occur monthly, so that people can sit on the sidewalk freely and participate every month without risk of citation.

"If they really want to have such a discriminatory law (which clearly targets homeless people and travelers), then let's clog their bureaucracies with lot's of citations! There are no fines if you don't do it again for 30 days," a statement announcing the intent of the sit-lie protest explained.

"At previous demonstrations no participants were cited, a clear sign of selective enforcement. We will continue challenging this law, which is only one expression of Monterey's war against people without homes!"

At the first sit-in in February, there was a large contingent of Monterey police officers monitoring the action, but no citations were issued. At the March sit-in, there were no police present, however local business owners, including My Attic Bar & Lounge owner Jason Coniglio, approached demonstrators in an attempt to get them to leave.

The sit-ins begin at 4:00pm and end at 6:00pm. On April 3, one of the operators of My Attic asked the group that they vacate the area in front of the bar at 5:00pm when it was scheduled to open for business.

The demonstrators refused, and a lengthy argument ensued. The operator of My Attic became frustrated and before leaving, shouted from the doorway of the bar at the group to, "get off your fucking ass and do a job." Most of those sitting on the sidewalk replied emphatically that they had jobs.

Later during the protest, Coniglio told demonstrators that they were not allowed to sit next to the front of the bar, because that portion of the sidewalk underneath the building's second-story balcony was private property. Demonstrators refused to leave the area, and Coniglio photographed them and threatened to call the police. The police never arrived and no one was cited during the sit-in.

Before photographing the group, Coniglio asked them, "do you think anyone will go into my business with all of you out here?" A few minutes later a couple walking together approached the demonstrators, read all of the protest signs they were holding, and then entered My Attic and took the seats at the bar that were nearest to the sit-in. One of the two customers could even be seen changing clothing inside of My Attic, and standing in socks for a short period of time in the establishment.

It was complaints to city staff from Monterey business owners about homeless people and "travelers" congregating in the downtown area that originally brought the sit-lie issue to council's attention in 2013.

Reactions from downtown visitors walking and driving by the April 3 demonstration was overwhelmingly positive, and in support of the sit-in.

One passerby, a professor at Cal State University Monterey Bay, thanked the demonstrators.

"I want to thank you for being the social conscience of this nation," the professor told them. 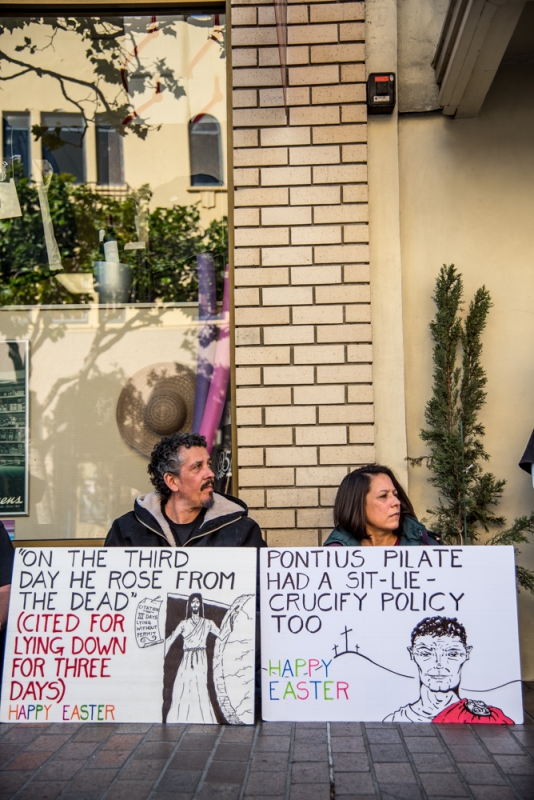 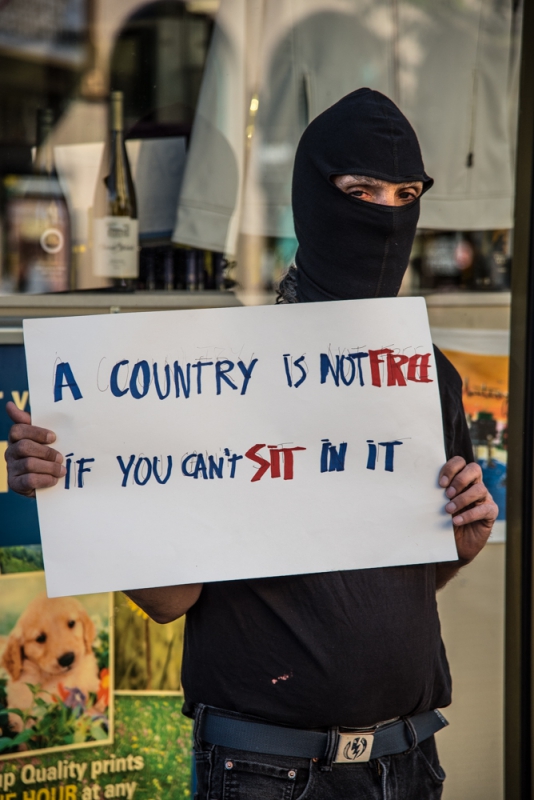 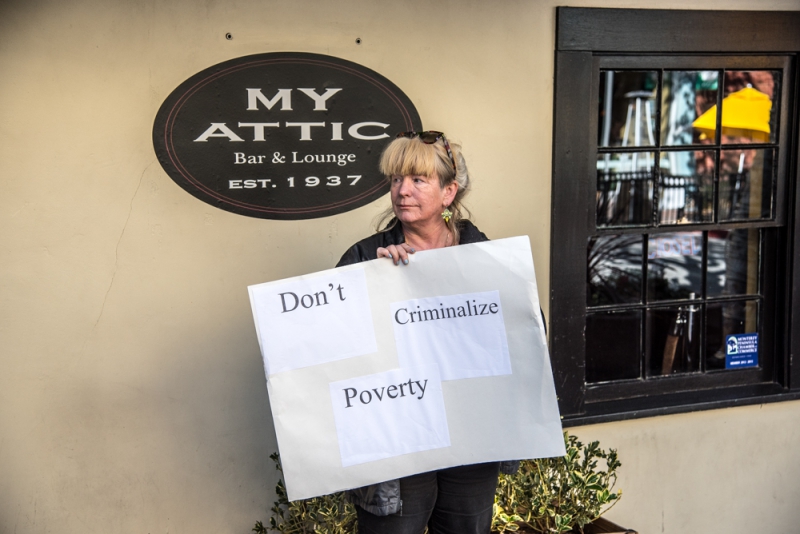 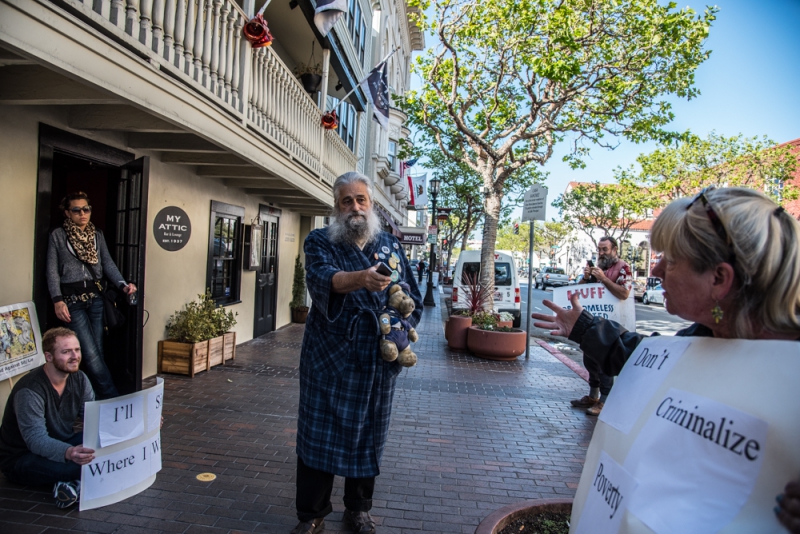 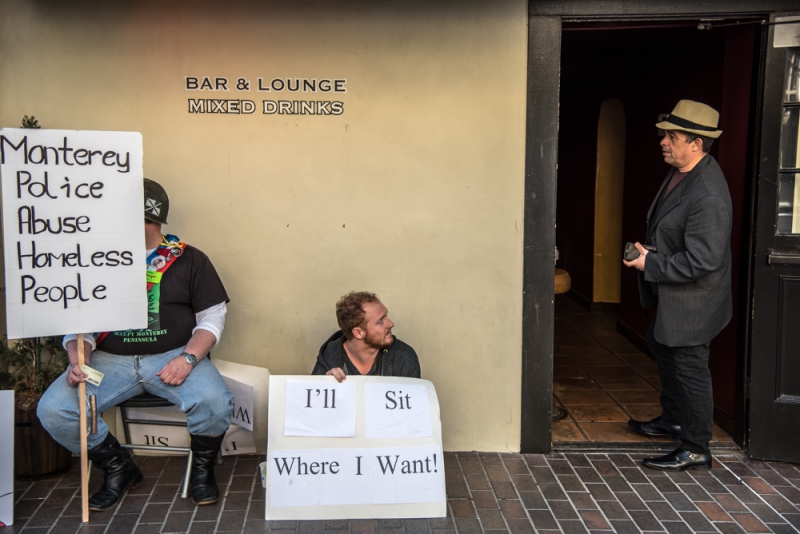 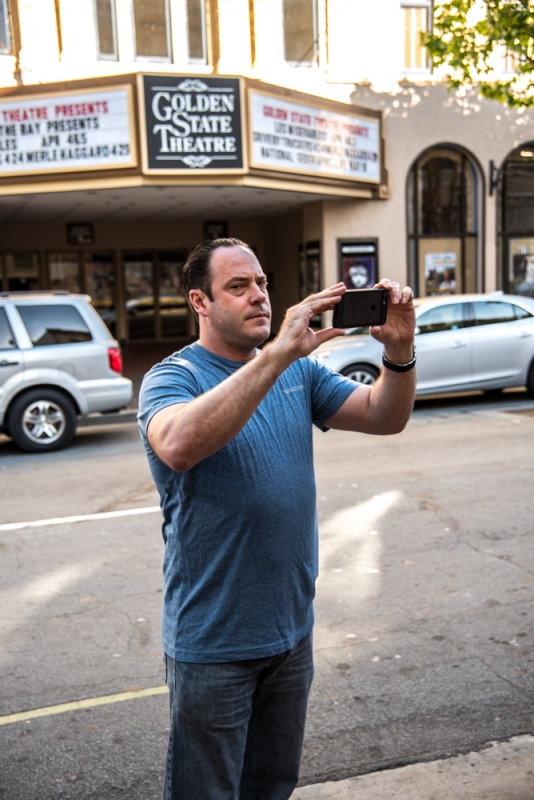 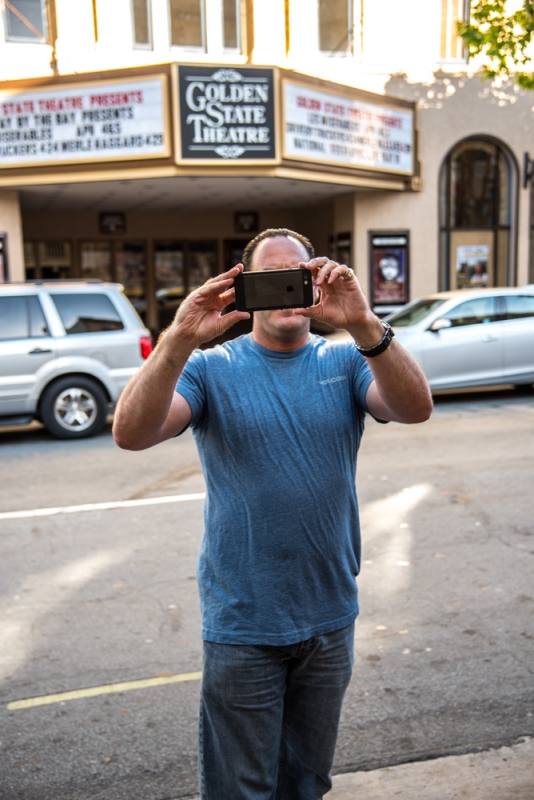 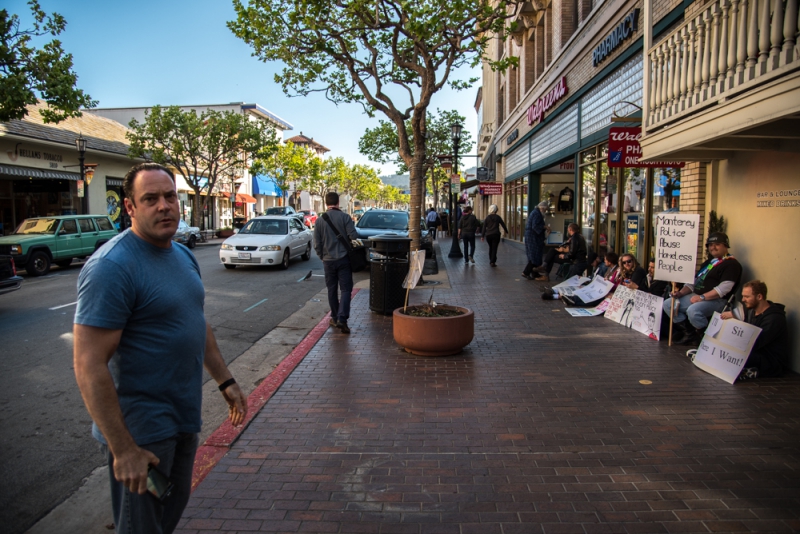 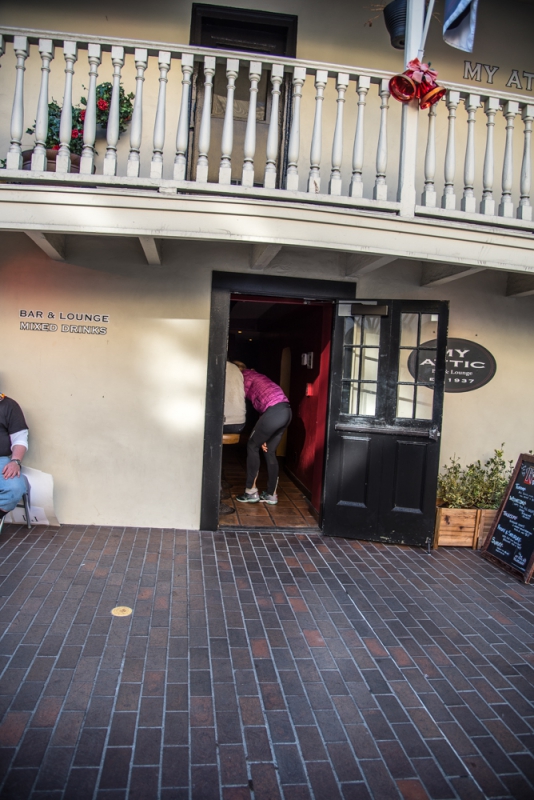 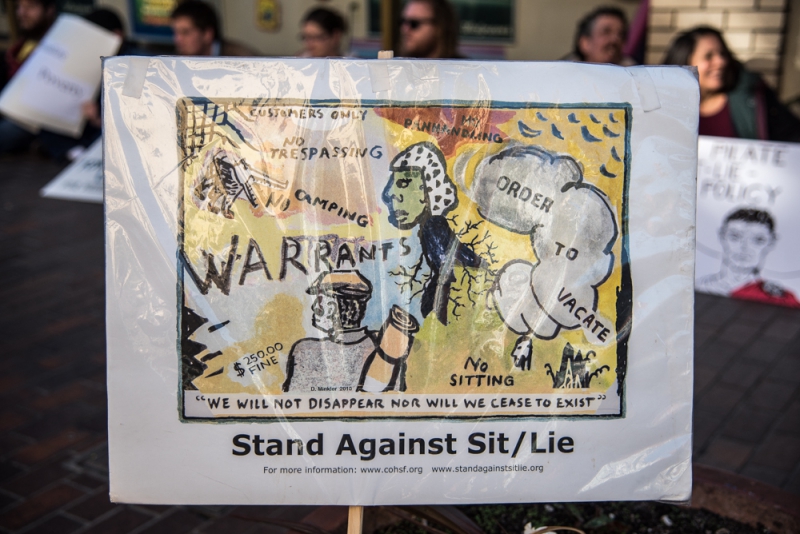 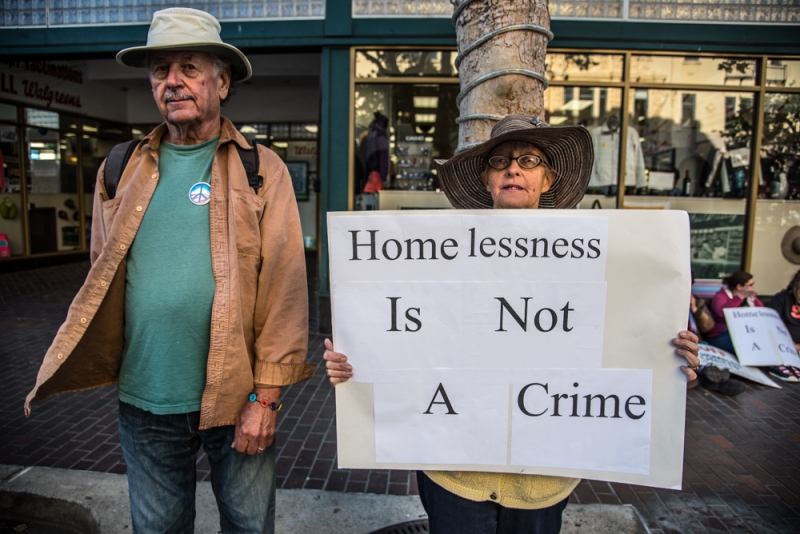