Add an Event
Newswire
Calendar
Features
Home
Donate
From the Open-Publishing Calendar
From the Open-Publishing Newswire
Indybay Feature
Publish to Newswire
Add an Event
Related Categories: Santa Cruz Indymedia | Health, Housing & Public Services | Police State & Prisons
Coastside Vigil in Santa Cruz Protests Use of Solitary Confinement
by Alex Darocy (alex [at] alexdarocy.com)
Tuesday Mar 24th, 2015 3:40 PM
On March 23, coordinated actions were held statewide in California to oppose the use of solitary confinement in prisons and jails. Protests were planned for Eureka, Los Angeles, Oakland, San Diego, San Francisco, and San Jose. In Santa Cruz, community members gathered on West Cliff Drive for a rally and candlelight vigil. "We have decided to hold this gathering on the coast because so many people locked up in solitary confinement talk about their desire to see and be near the ocean," an event announcement for the Santa Cruz vigil read. Organizers say future actions will continue to be held statewide on the 23rd of each month to symbolize the 23 hours per day prisoners in solitary are held in the "complete isolation" of their cells. 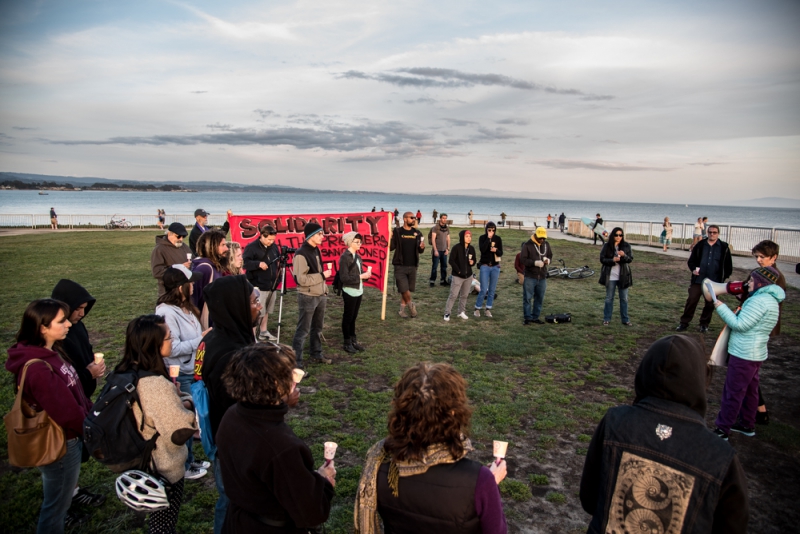 original image (1000x668)
As surfers made their way to and from the busy Santa Cruz surf spot, Steamer Lane, the rally was held on the lawn next to the Santa Cruz Lighthouse, which also houses the Santa Cruz Surfing Museum. The rally featured guest speakers who described the toll solitary confinement (also called Security Housing Units, or the SHU) can take on human beings.

Cynthia Fuentes-Sevilla spoke in memory of her brother Robert "Robio" Clement Fuentes, who was held in solitary confinement for over two decades in various prisons in California. She spoke about how solitary was not only hard on him during his battle with cancer, but also how hard it was on her family who tried desperately to get him the medical attention he needed.

According to the Center for Constitutional Rights, prolonged solitary confinement causes, "a persistent and heightened state of anxiety and nervousness, headaches, insomnia, lethargy or chronic tiredness, nightmares, heart palpitations, and fear of impending nervous breakdowns."

"Solitary confinement has been defined as torture by the U.N., yet the U.S. puts more people in solitary and for longer periods than any other country," stated a press release from the Santa Cruz based organization Sin Barras, which helped plan the demonstration at the Lighthouse. "California continues to use the practice in violation of international law and in violation of the US policy against cruel and unusual punishment."

"We seek to build organized, community-based pressure outside prison walls, and to amplify the demands of prisoners who continue to call for the end of torture," the press release stated.

As an example of exactly how small solitary cells are in reality, demonstrators outlined a 7 by 11 foot area in blue tape outside of the Surfing Museum, and labeled it "solitary confinement cell."

The statewide actions to be held on the 23rd of every month are a response to proposals made by Pelican Bay Hunger Strikers' in November of 2013, which stated:

“We want to consider the idea of designating a certain date each month as Prisoner Rights Day. On that date each month prisoners across the state would engage in peaceful activities to call attention to prison conditions. At the same time our supporters would gather in locations throughout California to expose CDCR’s [CA Department of Corrections and Rehabilitation] actions and rally support efforts to secure our rights. We can see this action growing from month to month as more people inside and out become aware of it and join our struggle.”

Those individuals were among an estimated 30,000 California prisoners who refused meals and work assignments as part of a 60-day hunger strike in 2013, whose principle demand was to end the state’s use of indefinite solitary confinement. Activists say it was the largest hunger strike in U.S. history.

In Santa Cruz, community members will return to West Cliff Drive and the Lighthouse on April 23 for the second protest in this series of actions to oppose solitary confinement. 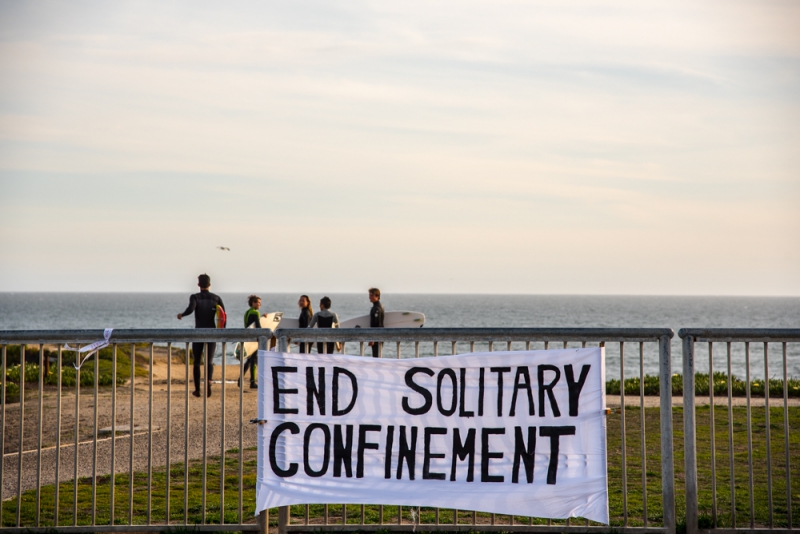 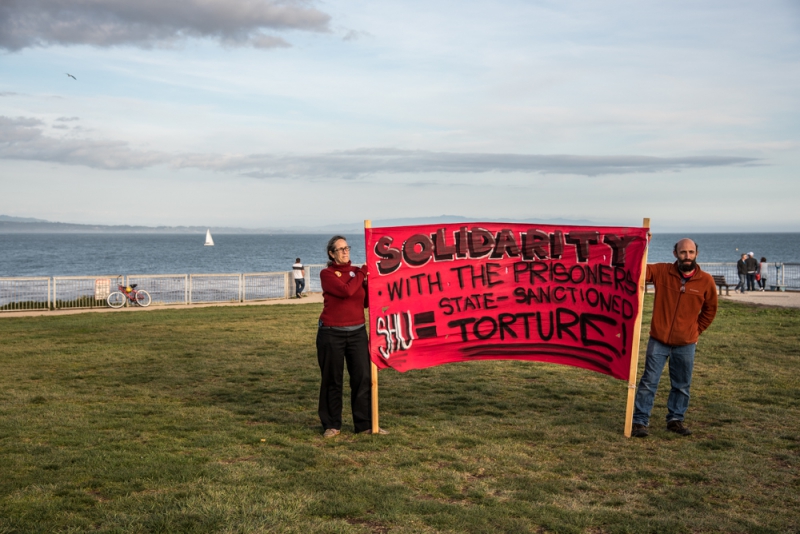 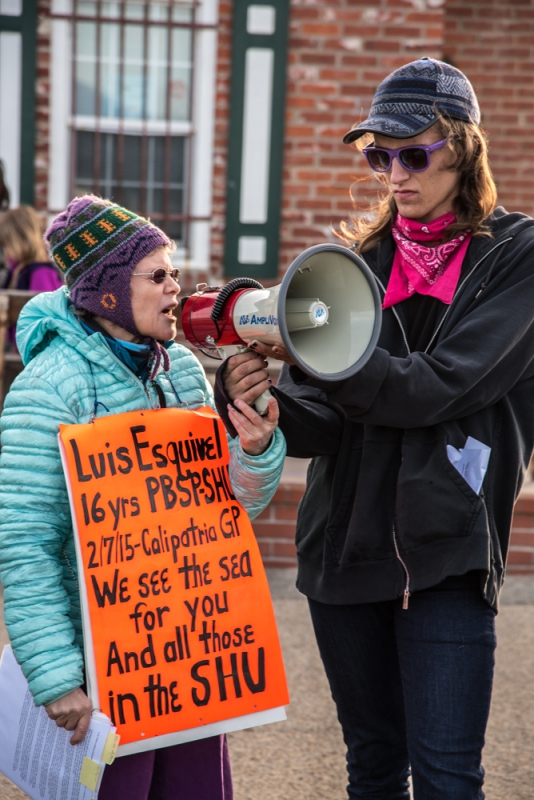 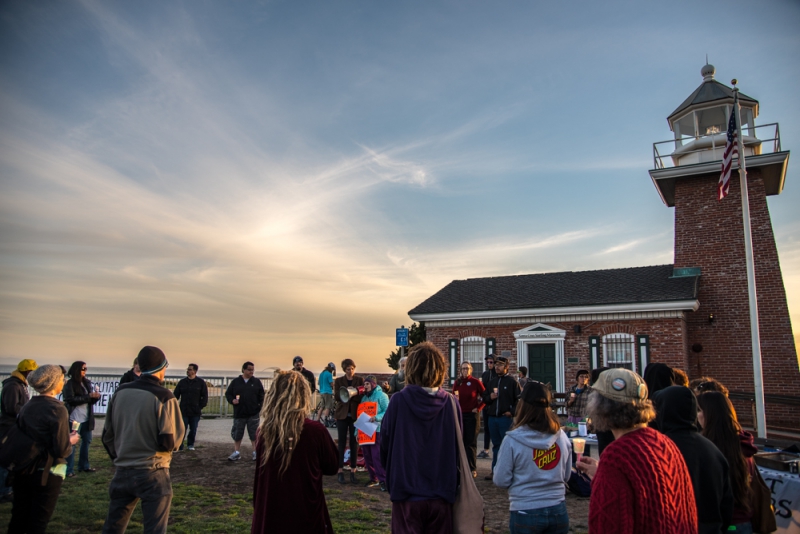 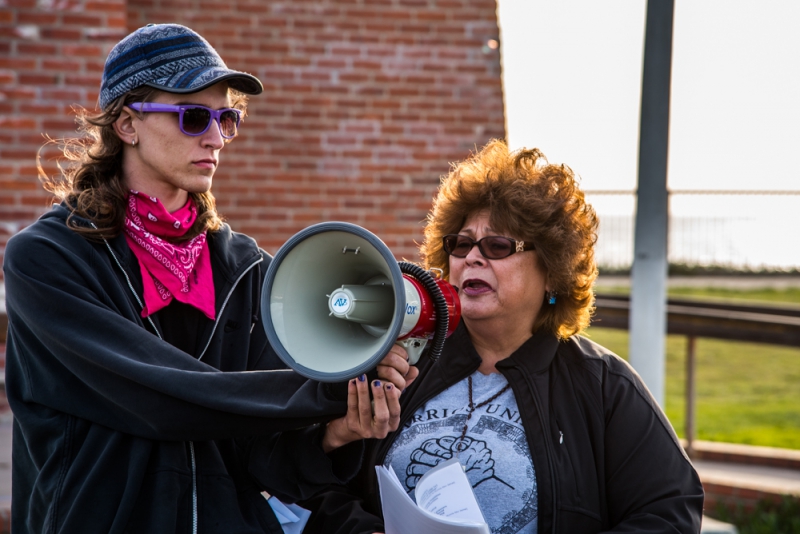 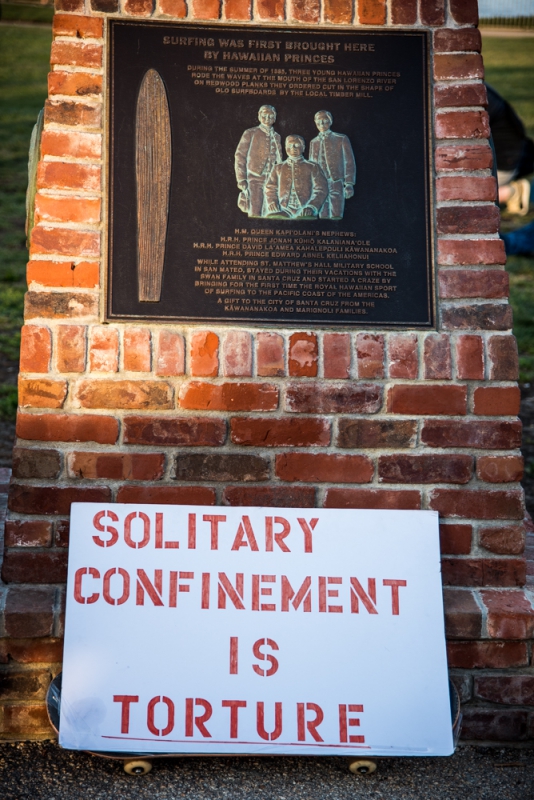 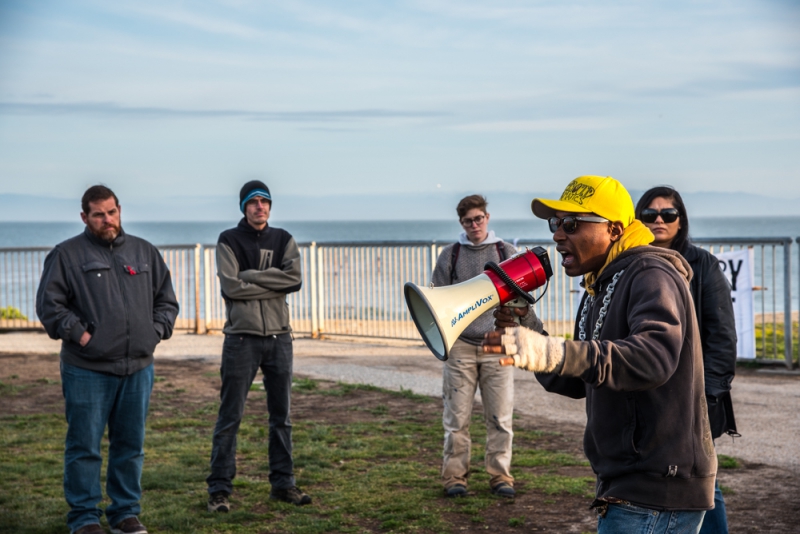 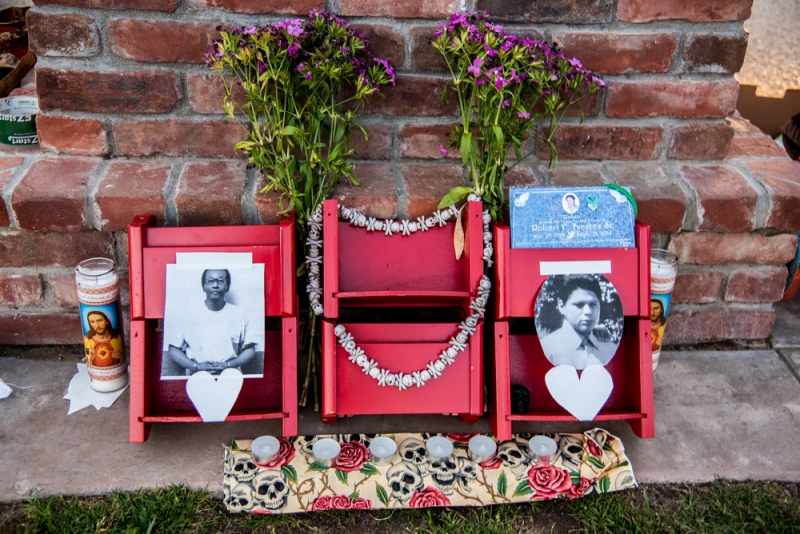 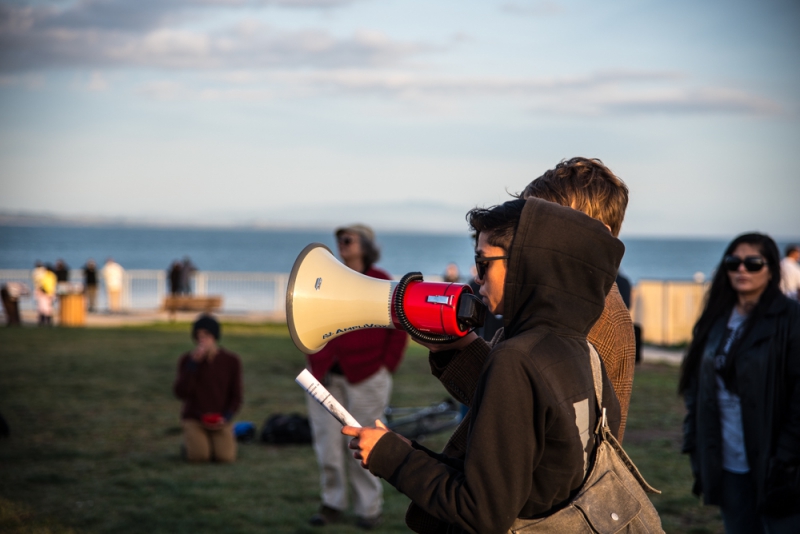 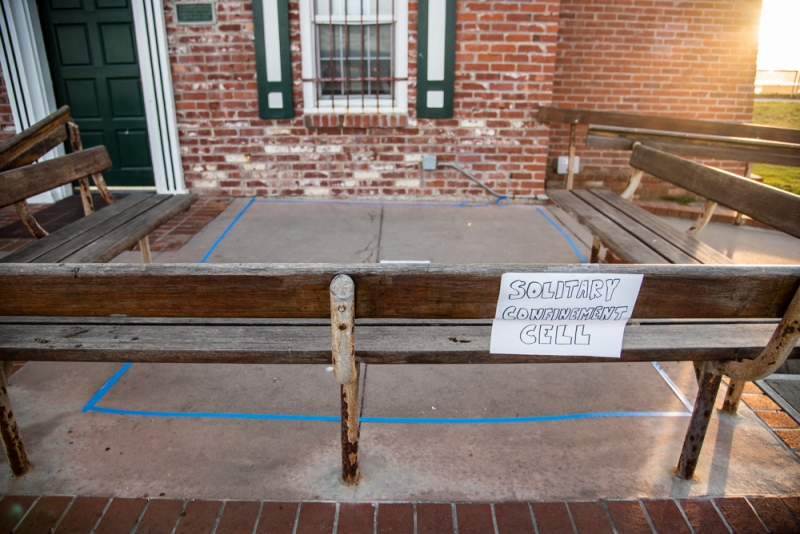 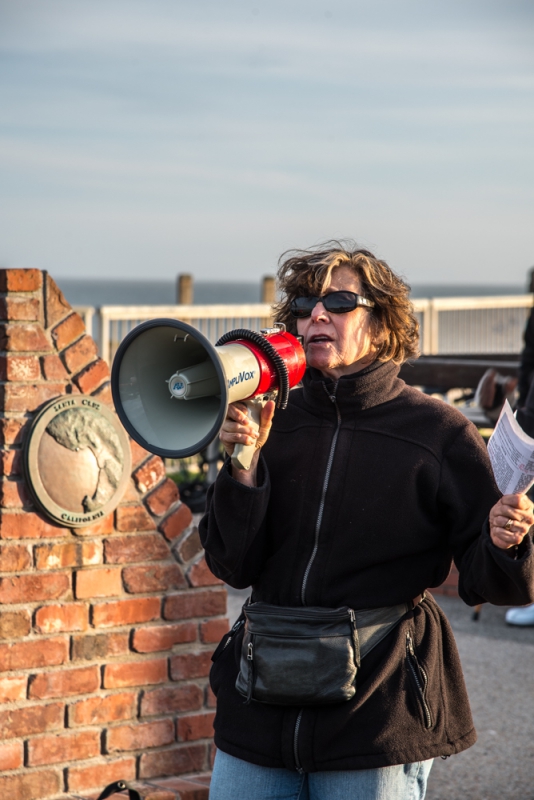 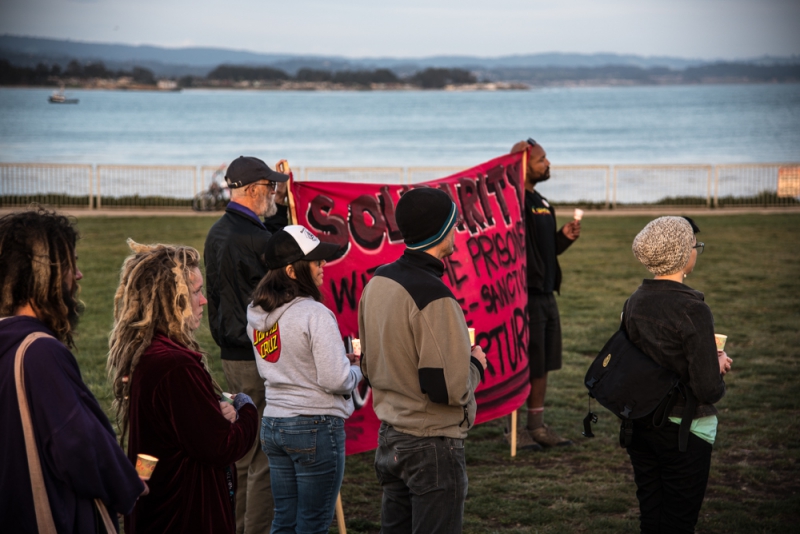 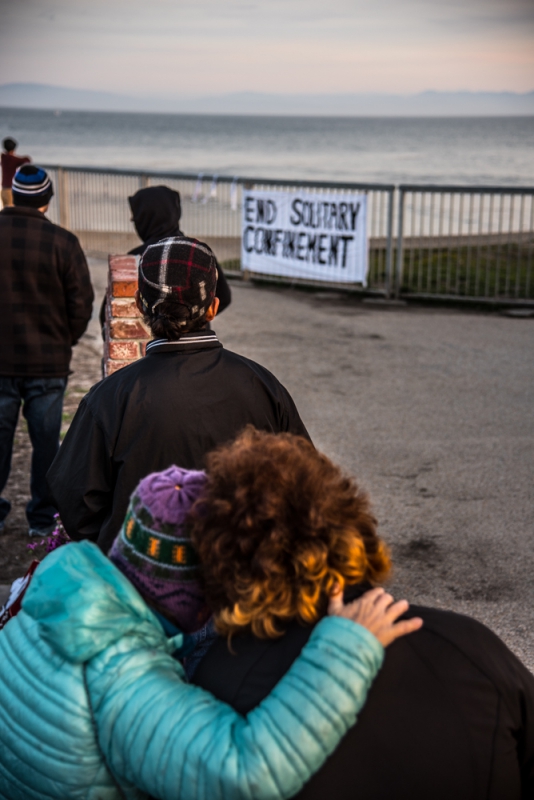 original image (668x1000)
Add Your Comments
LATEST COMMENTS ABOUT THIS ARTICLE
Listed below are the latest comments about this post.
These comments are submitted anonymously by website visitors.