Add an Event
Newswire
Calendar
Features
Home
Donate
From the Open-Publishing Calendar
From the Open-Publishing Newswire
Indybay Feature
Publish to Newswire
Add an Event
Related Categories: Santa Cruz Indymedia | Anti-War | Government & Elections | Police State & Prisons
Santa Cruz City Council to Revisit Issues Surrounding BearCat Purchase
by Alex Darocy (alex [at] alexdarocy.com)
Monday Mar 23rd, 2015 12:28 PM
On Tuesday night, the Santa Cruz City Council will revisit issues surrounding the council's decision in December to approve the police purchase of a $250,000 Lenco BearCat (Ballistic Engineered Armored Response Counter Attack Truck) with Department of Homeland Security grant funds. The BearCat is on the council's March 24 agenda and will be addressed at 7pm. The agenda report for the meeting states that the vehicle's use policy will be discussed, as well as a proposal to clarify the process of submitting grant applications to the city council. Overflow seating for the meeting will be available at the Santa Cruz Civic Auditorium. [Top photo: At City Hall on March 10, Joy Hinz holds an issue of the Scotts Valley Times with SVPD's armored vehicle on its cover, and the headline "Bargain for SWAT team 'Tank'." Scroll down for more photos from the March 10 Santa Cruz City Council meeting, and the rally opposing the BearCat purchase that preceded it.] 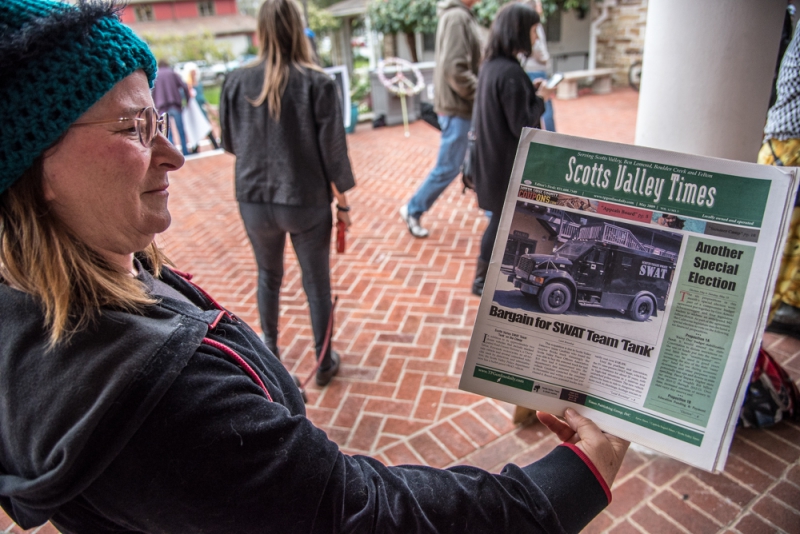 original image (1000x668)
Since December, community members have rallied to protest the BearCat purchase at City Hall before every city council meeting, and the group SCRAM! (Santa Cruz Resistance Against Militarization!) was formed. After each rally, the group enters council chambers together with protest signs, and individuals speak to the council about the BearCat during the open oral communications period.

The initial agenda report proposing the BearCat purchase was prepared by Deputy Chief of Police Steve Clark and approved by Chief of Police Kevin Vogel, who outlined its use as follows: "It is intended for use in emergency events including, but not limited to life-threatening public safety events, natural disasters, mass casualty incidents, high-risk medical emergencies."

After pressuring the police and the city for more answers, it was found out that the vehicle would also be used to serve search warrants, which to activists is not considered an "emergency response" use. This revived a decades old debate regarding the militarization of police and the necessity of SWAT teams in Santa Cruz.

On Tuesday night, the city council will consider a new proposal that will require council authorization for the submission of grant applications for awards exceeding $100,000 in value.

"Whenever possible, Council approval of a grant application for significant projects, programs or equipment should precede any request to other governmental bodies for letters in support of the application, regardless of grant value," the meeting's agenda report states.

Members organizing with SCRAM! continue to outline their demands as follows:

2) to establish a long term policy for grant applications and acceptance in the City that ensures timeliness, transparency, full public disclosure and input


For more information about SCRAM!, see: 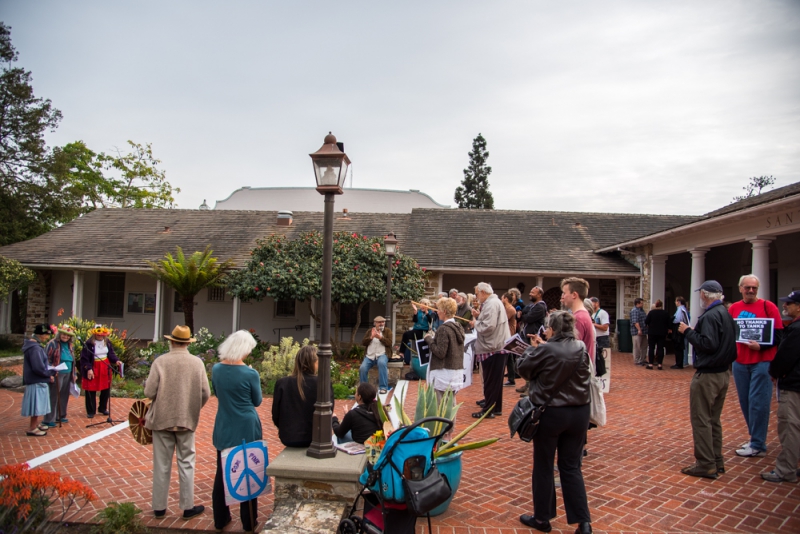 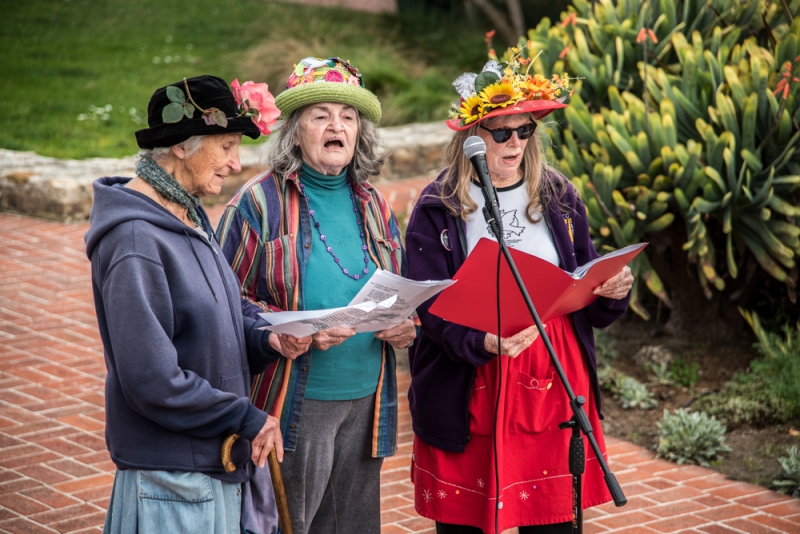 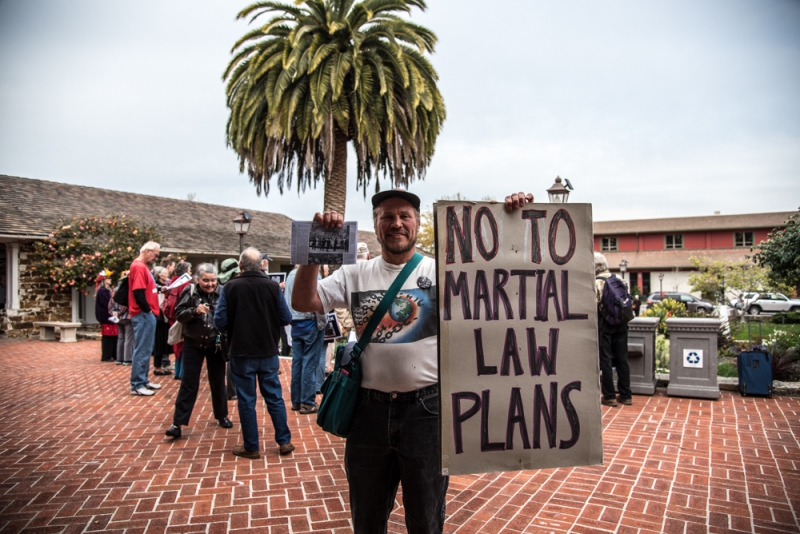 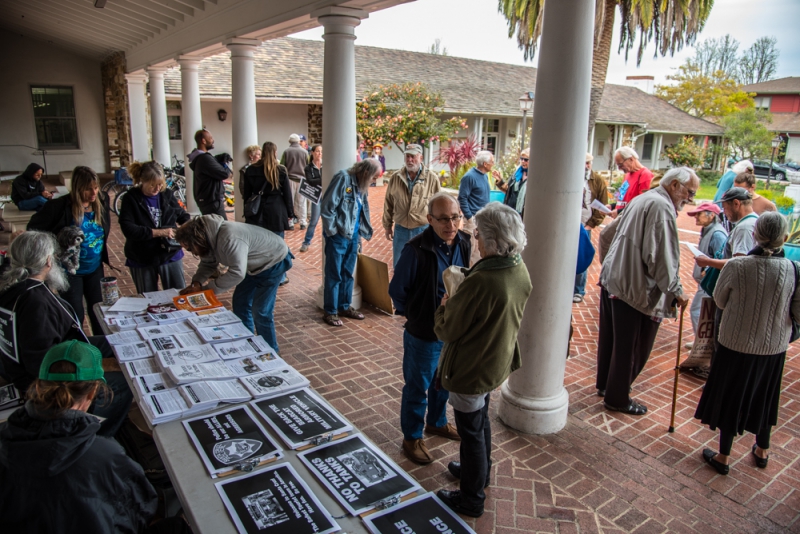 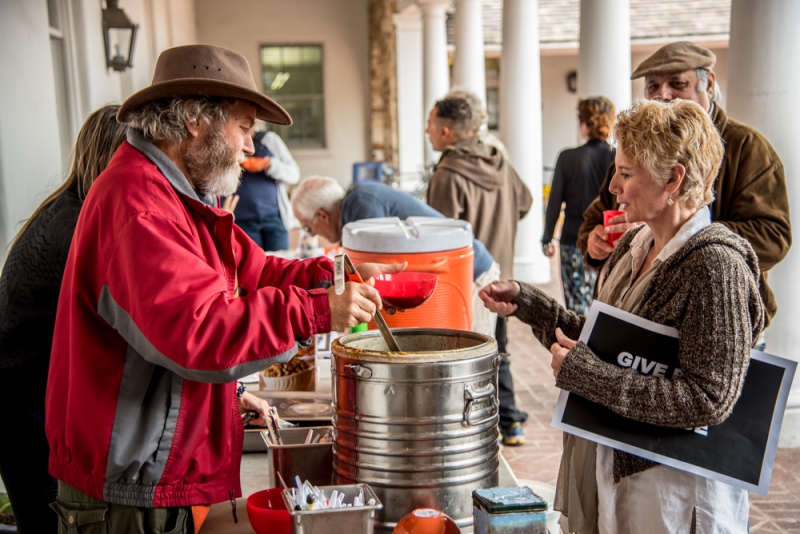 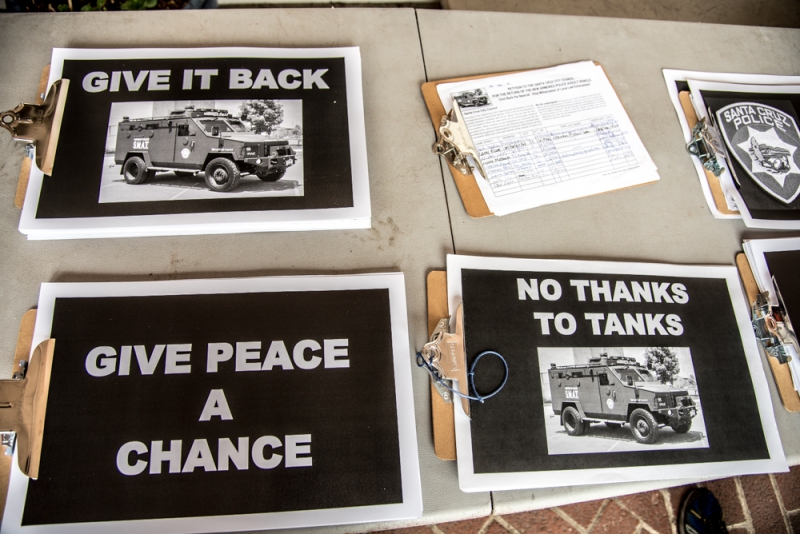 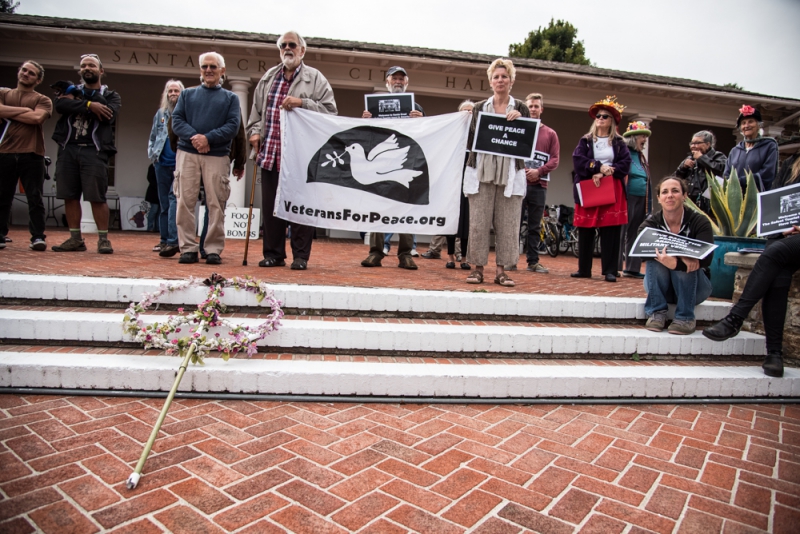 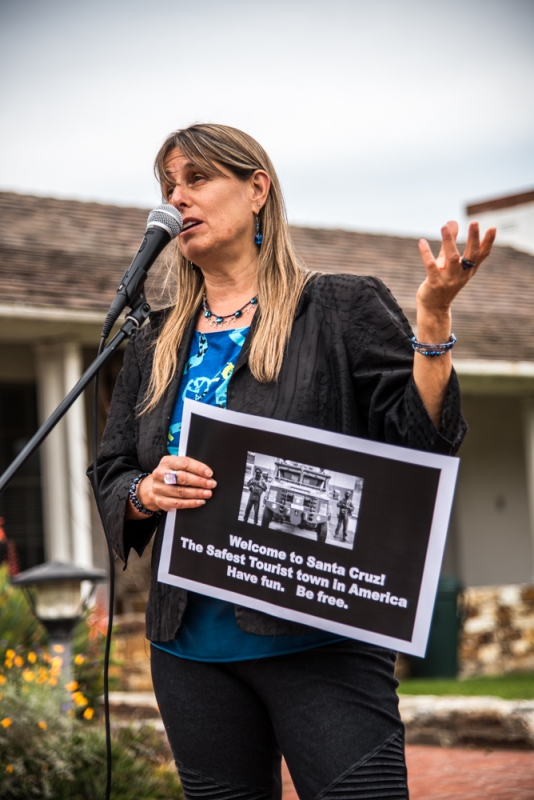 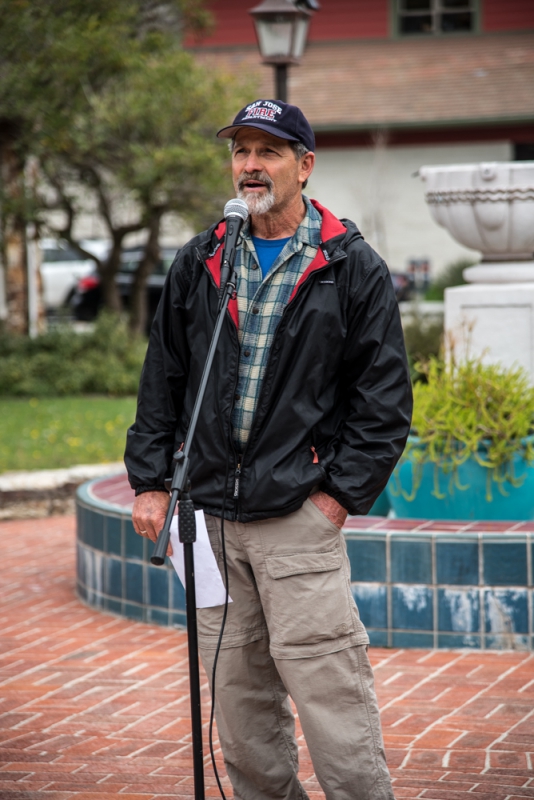 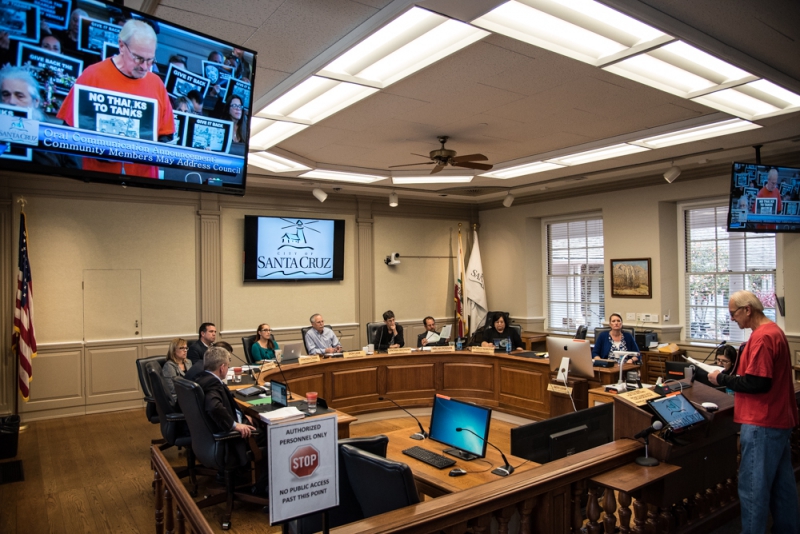 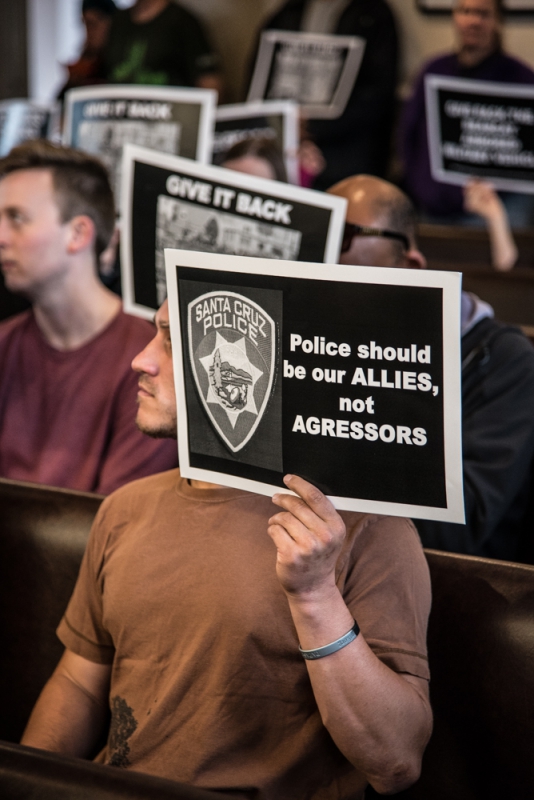 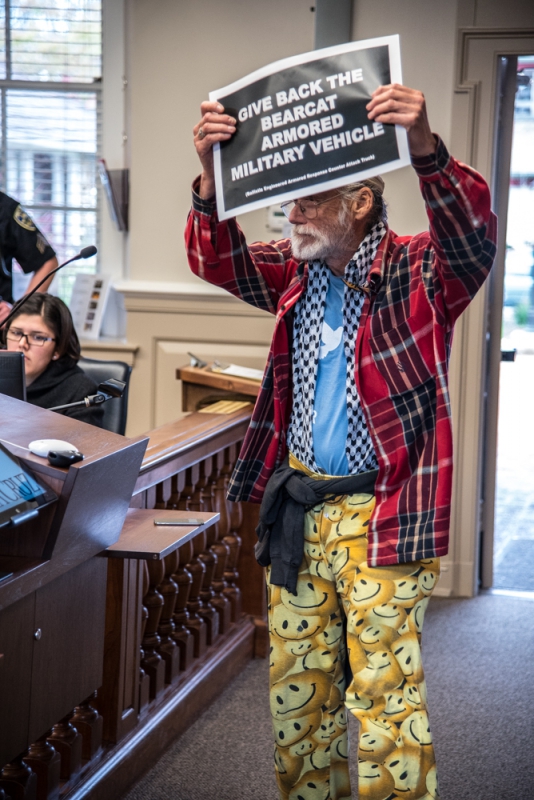 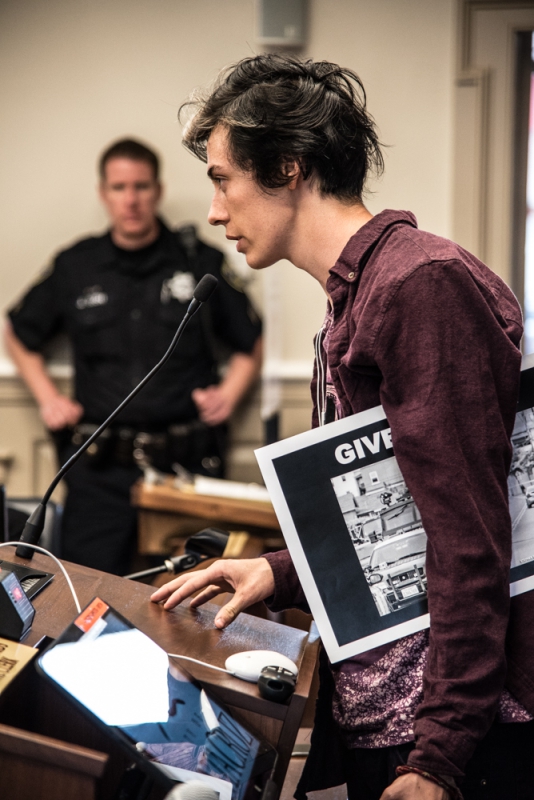 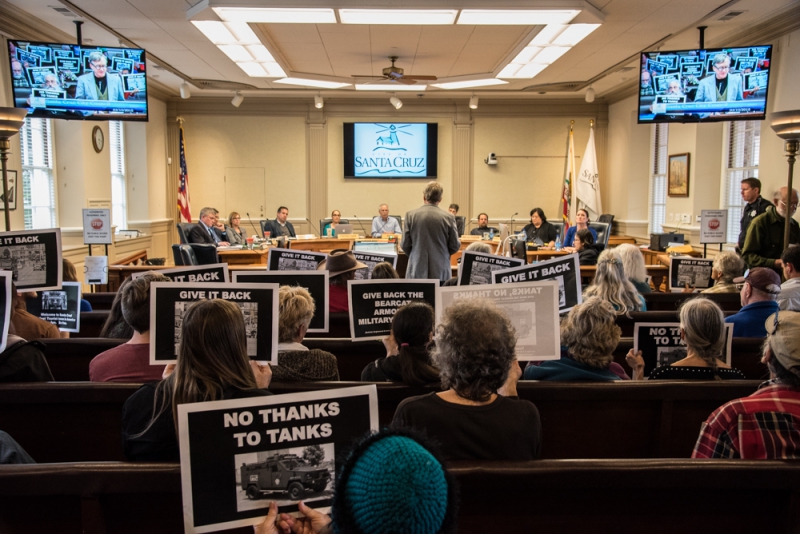 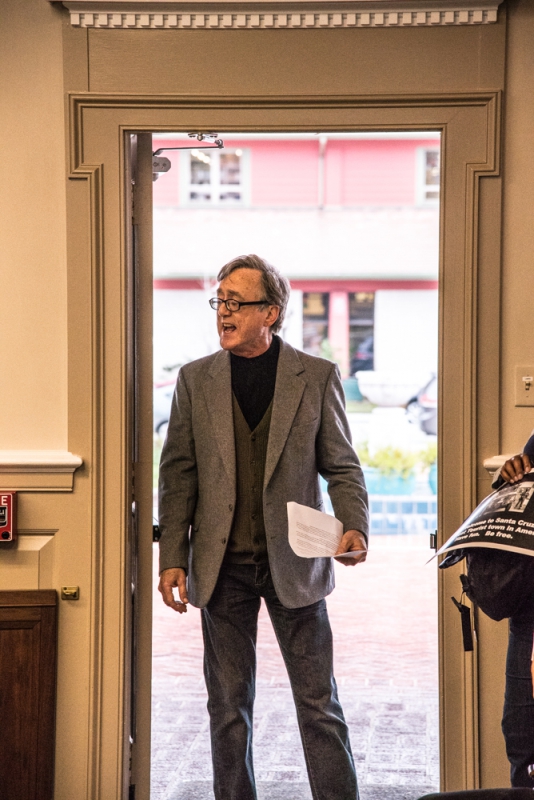 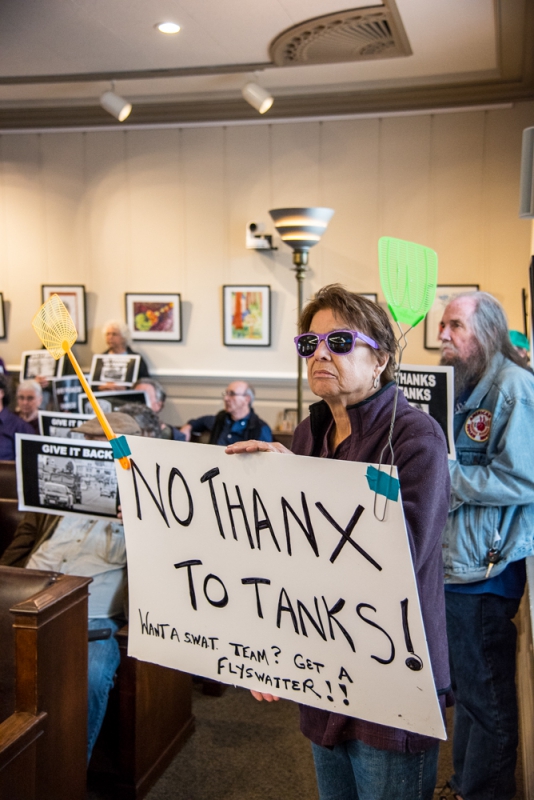 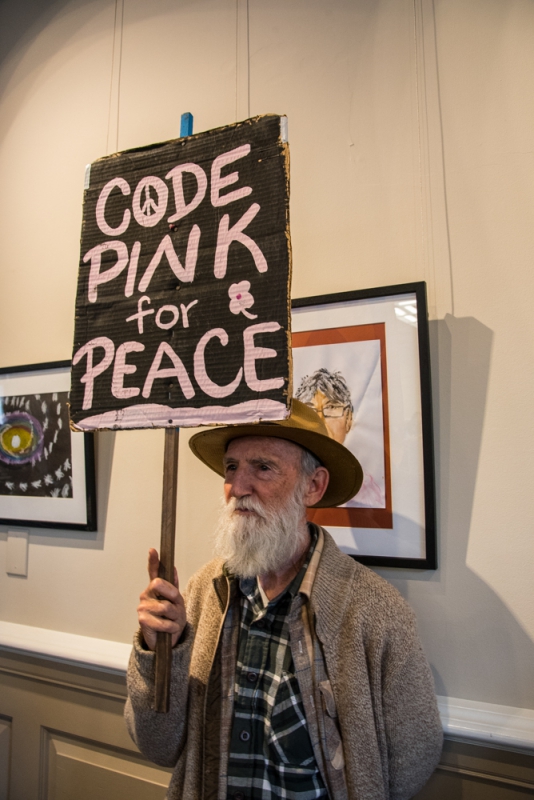 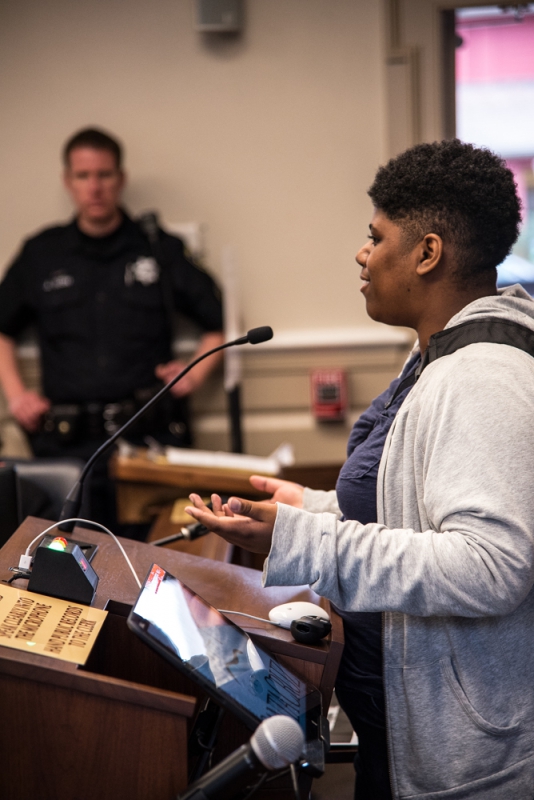 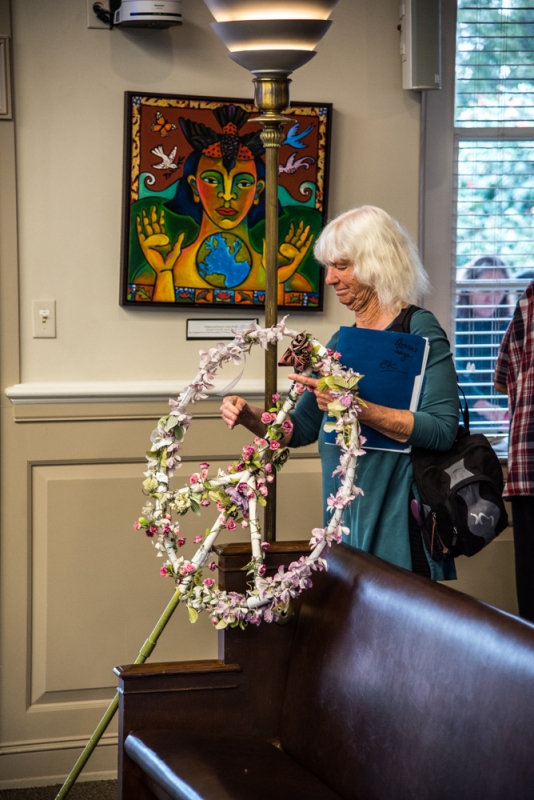 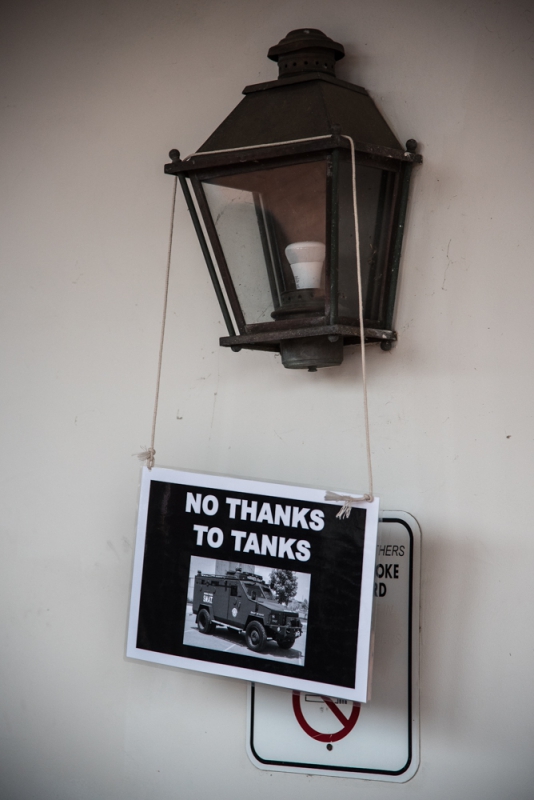 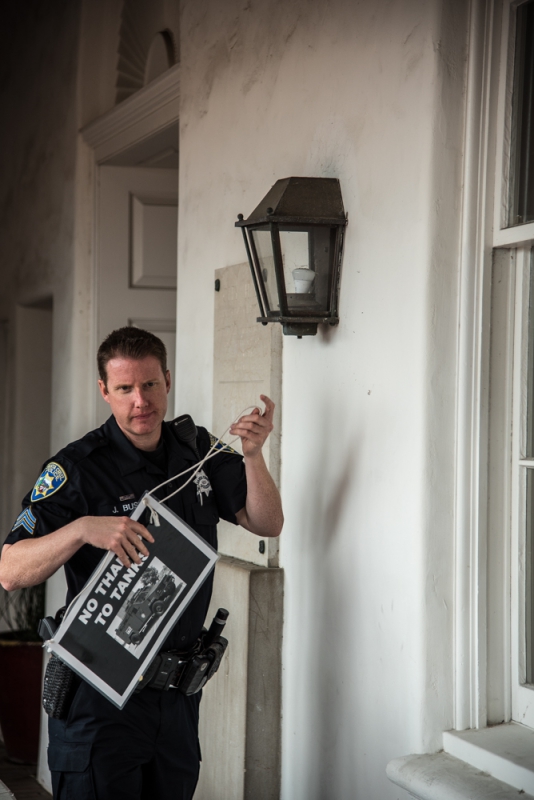 original image (668x1000)
Resist the Santa Cruz Security State
Add Your Comments
LATEST COMMENTS ABOUT THIS ARTICLE
Listed below are the latest comments about this post.
These comments are submitted anonymously by website visitors.