Add an Event
Newswire
Calendar
Features
Home
Donate
From the Open-Publishing Calendar
From the Open-Publishing Newswire
Indybay Feature
Publish to Newswire
Add an Event
Related Categories: California | North Bay / Marin | Animal Liberation
Court of Appeal Rejects Napa Restaurant’s Attempts to Flout Foie Gras Ban
by via Animal Legal Defense Fund
Friday Mar 6th, 2015 10:28 AM
SAN FRANCISCO – On March 5, the California Court of Appeal for the First Appellate District rejected the Napa restaurant La Toque’s attempt to circumvent the state’s ban on selling foie gras. La Toque had argued that a lawsuit filed by the Animal Legal Defense Fund should be dismissed because the restaurant was merely “giving away” the so-called delicacy. In its opinion issued today, the Court of Appeal roundly rejected that claim, holding that ALDF is likely to succeed in its claims that La Toque is illegally selling foie gras. 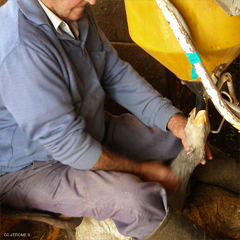 Foie gras is made by force-feeding young ducks until their livers balloon eight or more times their natural size, then slaughtering them for these diseased livers. Evidence of force-fed ducks in Sonoma who were fattened so inhumanely they could not escape being eaten alive by rats in dark, filthy pens spurred the 2004 ban, which went into effect in 2012.

Last month, California Attorney General Kamala Harris appealed the January 2015 District Court ruling that found the state ban on foie gras unconstitutional. “When California’s ban is reinstated, as we expect it to be, other restaurants attempting to get away with shady foie gras ‘give-aways’ should take heed of today’s ruling,” says Stephen Wells, ALDF’s executive director.

Copies of the lawsuit and today’s ruling are available by request.

Animal Legal Defense Fund
http://aldf.org/
Add Your Comments
Support Independent Media
We are 100% volunteer and depend on your participation to sustain our efforts!