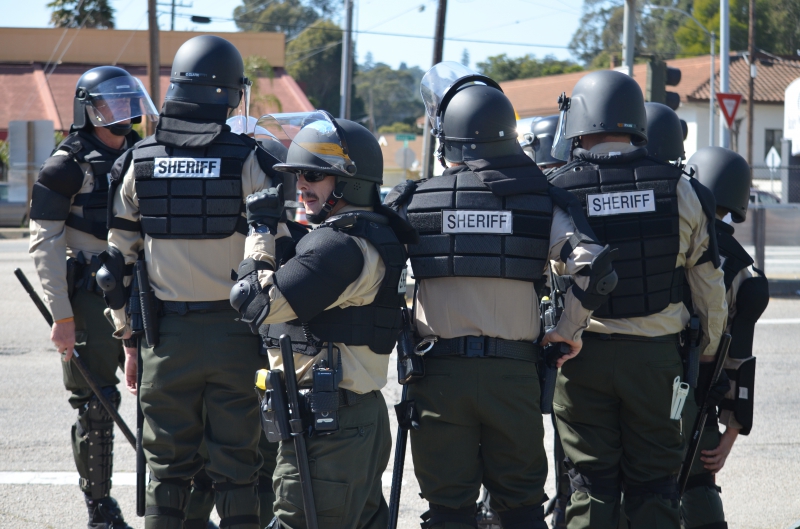 original image (4928x3264)
On Tuesday, March 3 2015 six students from the University of California Santa Cruz blocked a major highway for about four hours. The student activists told police that they were protesting tuition hikes and police violence. CHP, Santa Cruz Police Department, Santa Cruz County Sheriffs Department, Caltrans, and the Santa Cruz Fire Department all had employees on the scene. A helicopter landed at two different spots on Highway 17 during the incident. The CHP spokesperson said that the helicopter was used to bring in law enforcement officers who had special tactical training in dealing with civil disturbance and dismantling the type of objects that protestors had attached themselves to. Police said that protestors had arrived at about 9:30 AM in a U-Haul truck and had attached themselves to metal pipes that went through the center of metal garbage cans that been filled with cement and metal objects like rebar and chains.

Ethan Pezzow, Alexander Pearce, Sophia Dimatteo, Janine Caceres, Lori Nixon, and Sasha Petterson were each arrested on three misdemeanor charges of creating a public nuisance, failure to obey a lawful order, failure to obey an executive order from a peace officer and one felony charge of conspiracy to execute a crime.

Traffic jams throughout the Santa Cruz area affected thousands of people while police, Caltrans and Fire Department personnel used everything from sledge hammers to jack hammers to break apart the devices that were connecting the six protestors.
§
by JOHN MALKIN Thursday Mar 5th, 2015 1:07 AM 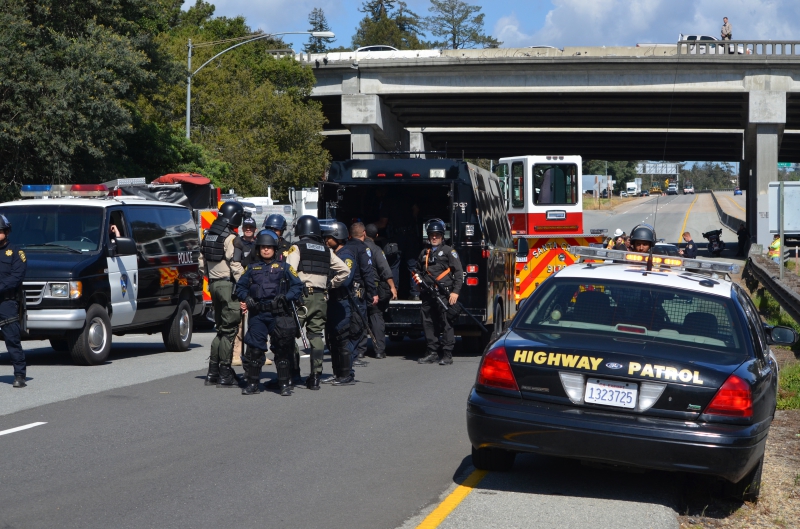 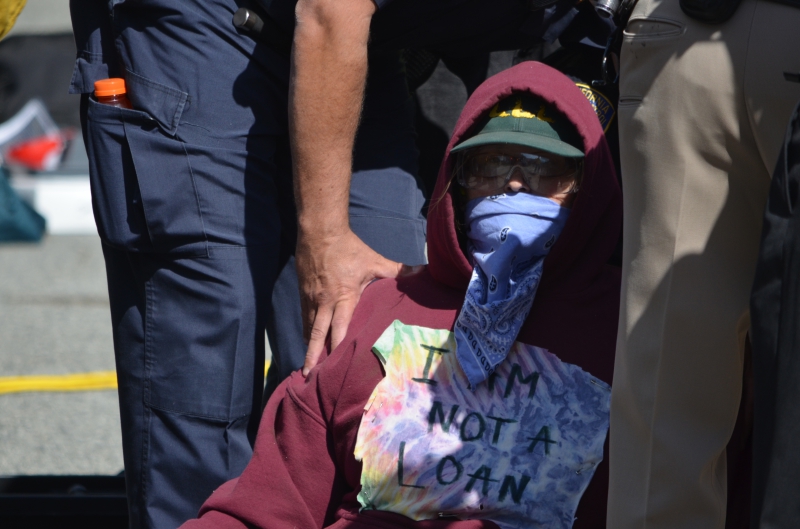 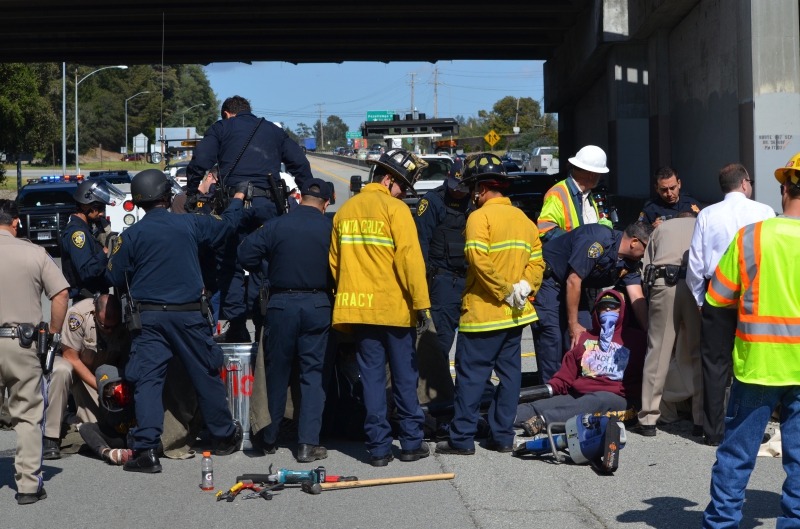 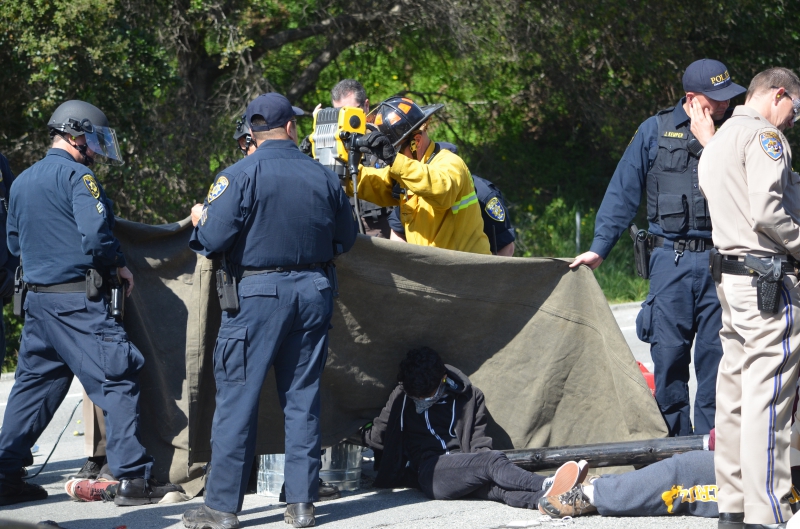 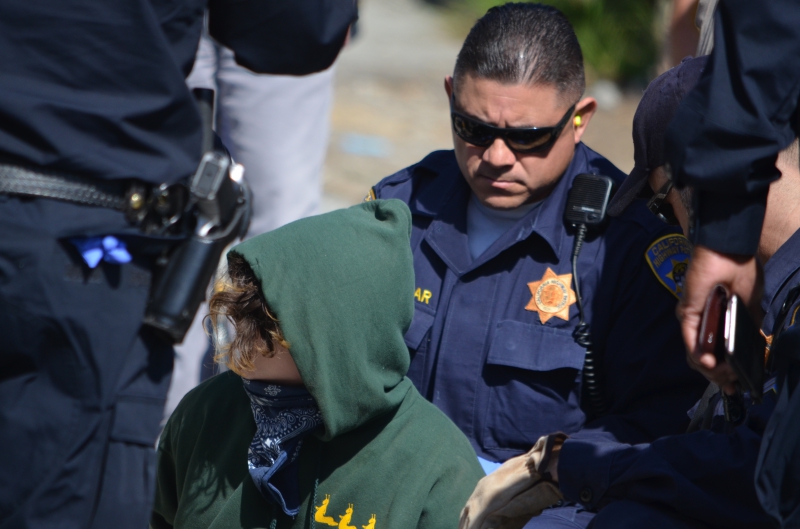 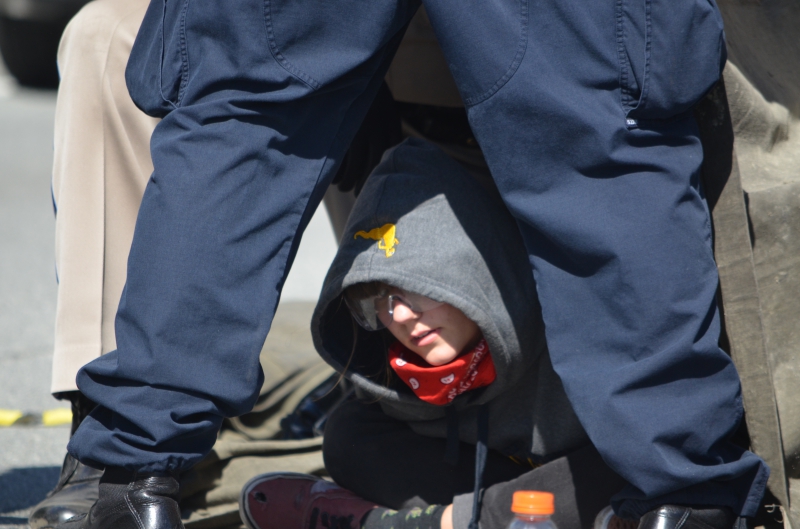 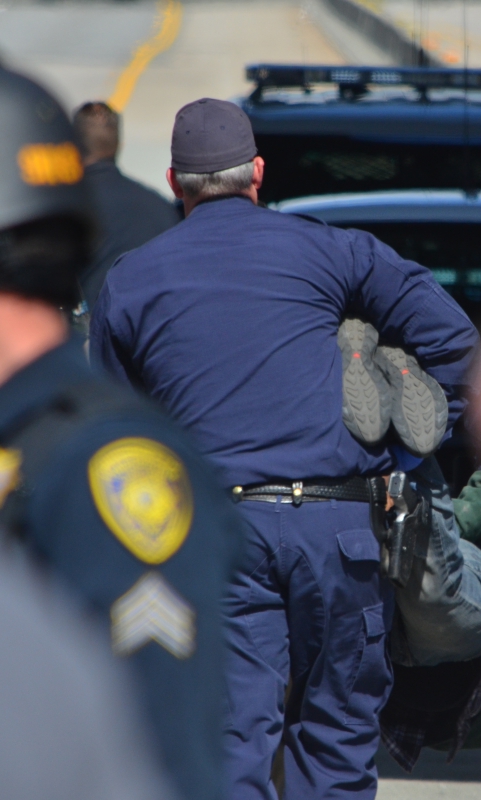 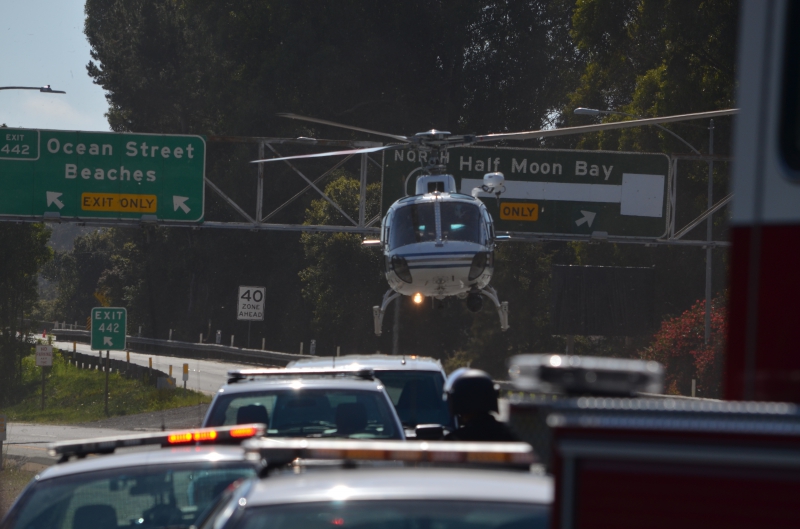 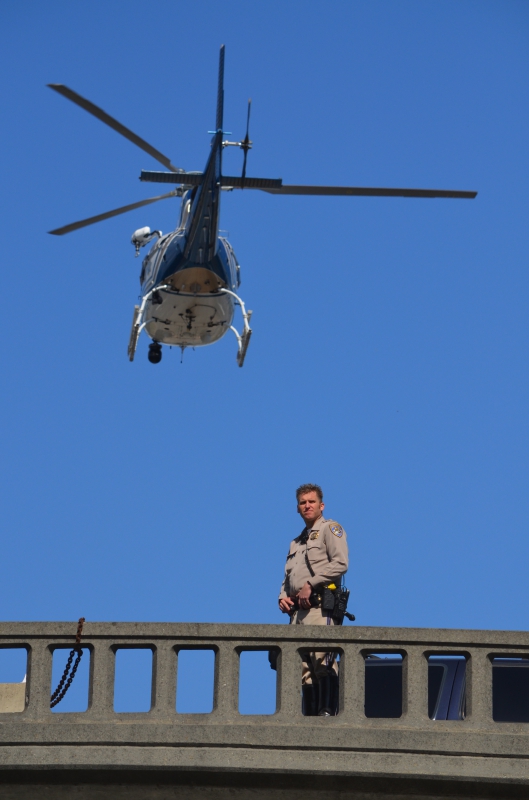 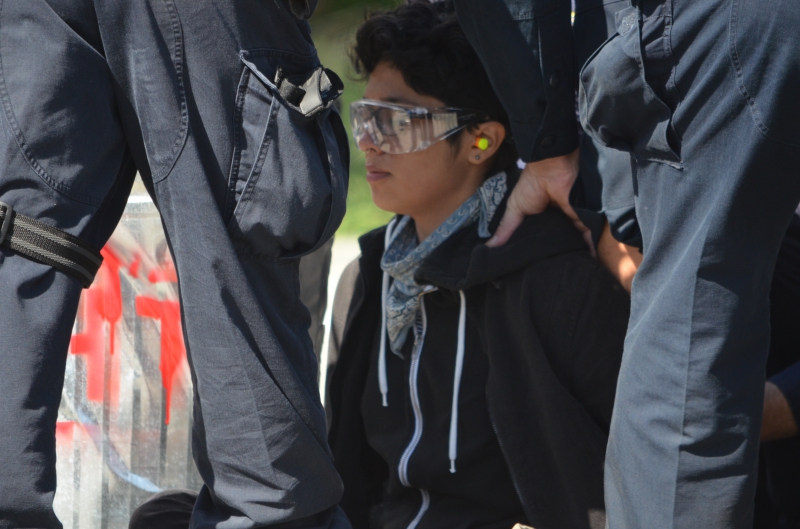 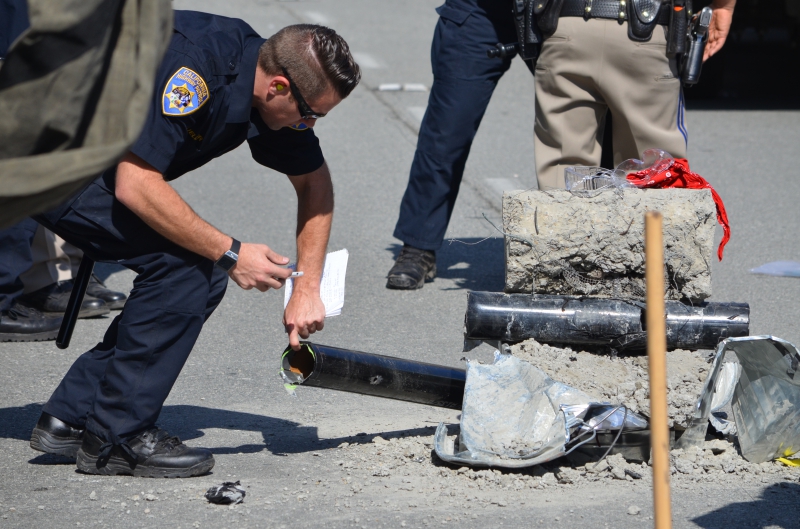 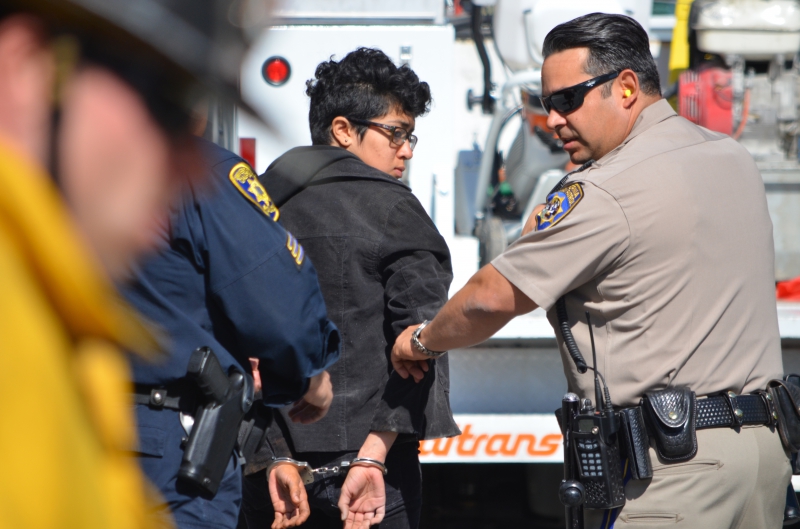 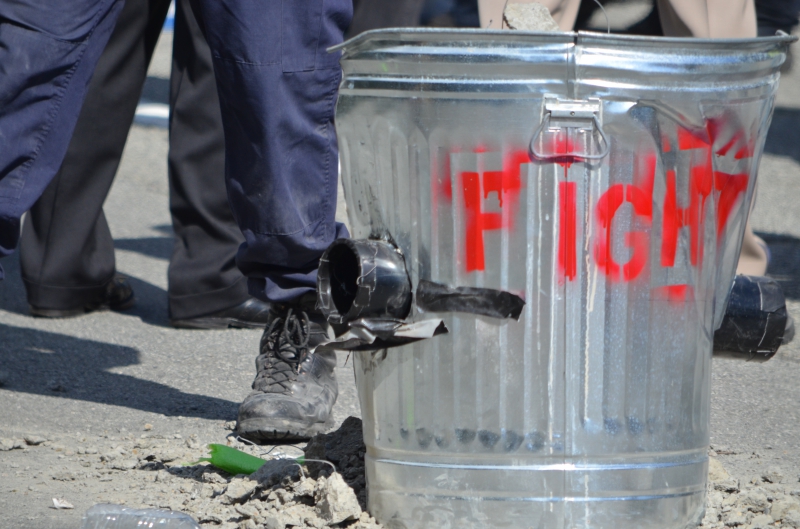 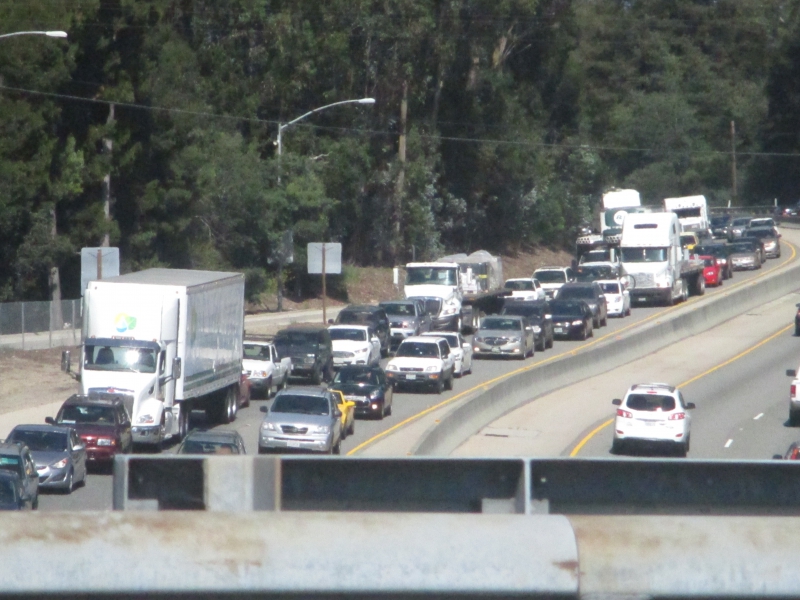 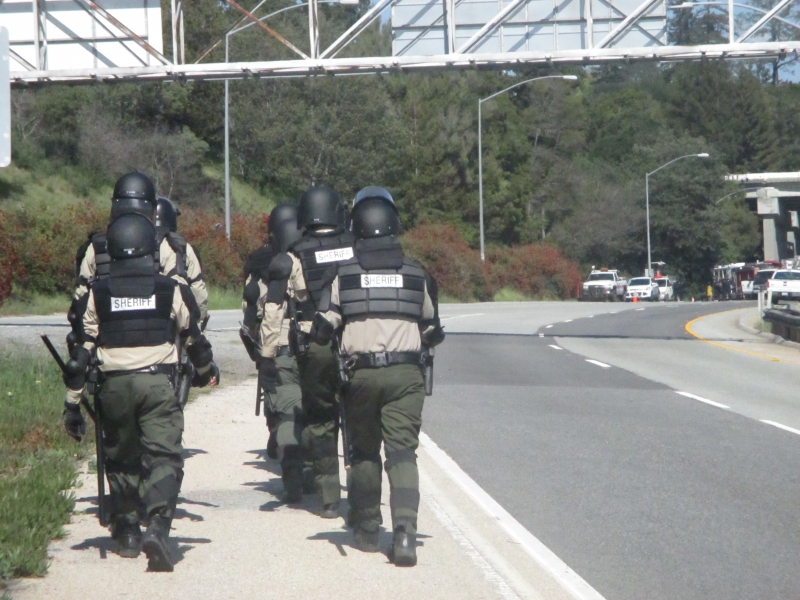 original image (4608x3456)
Add Your Comments
LATEST COMMENTS ABOUT THIS ARTICLE
Listed below are the latest comments about this post.
These comments are submitted anonymously by website visitors.