Add an Event
Newswire
Calendar
Features
Home
Donate
From the Open-Publishing Calendar
From the Open-Publishing Newswire
Indybay Feature
Publish to Newswire
Add an Event
Related Categories: Santa Cruz Indymedia | Education & Student Activism | Police State & Prisons | Racial Justice
96 Hours of Action Begins at UC Santa Cruz
by Alex Darocy (alex [at] alexdarocy.com)
Tuesday Mar 3rd, 2015 1:12 AM
During the first week of March, students across California are mobilizing for "96 Hours of Action" by organizing demonstrations to be held over the course of four consecutive days to shut down, they say, "the racist, classist, corporate, militarized police state." The actions are in response to the recent University of California tuition hikes, but they also link the shrinking budget for education in California to the expansion of prisons and policing. On March 2, UCSC's 96 Hours of Action began with a noon-time rally, and two different marches across campus. 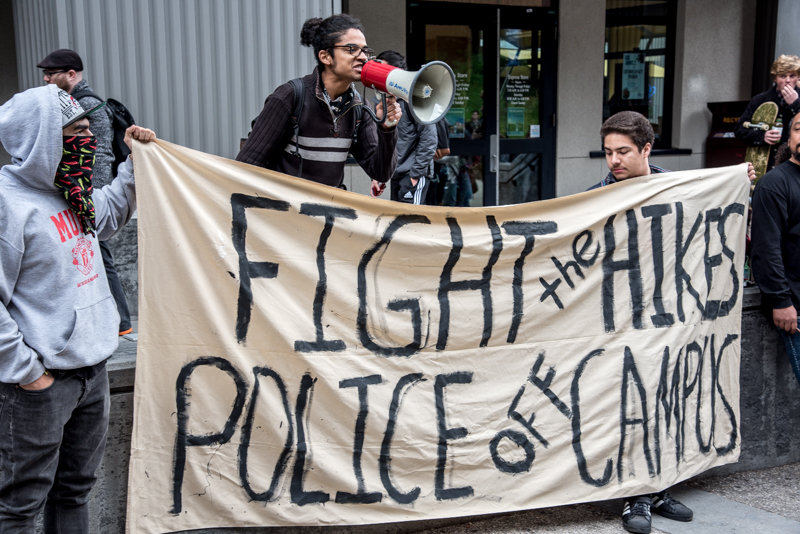 After rallying at Quarry Plaza at noon, students at UC Santa Cruz marched around campus, making their way through several buildings, including McHenry Library.

A second march was held later in the afternoon with students carrying several large and cumbersome looking bags with the word "debt" written across their surface. The bags were actually filled with balloons, and the individuals carrying them pretended to struggle with them, using street theatre to describe the serious financial burden many students face. As the group made its way around campus, traffic was blocked intentionally for short periods of time.

Multiple actions have been planned for each day on March 3 and 4 at UC Santa Cruz, and the 96 Hours of Action will culminate with a campus-wide strike with picket lines at both entrances to the school on March 5. 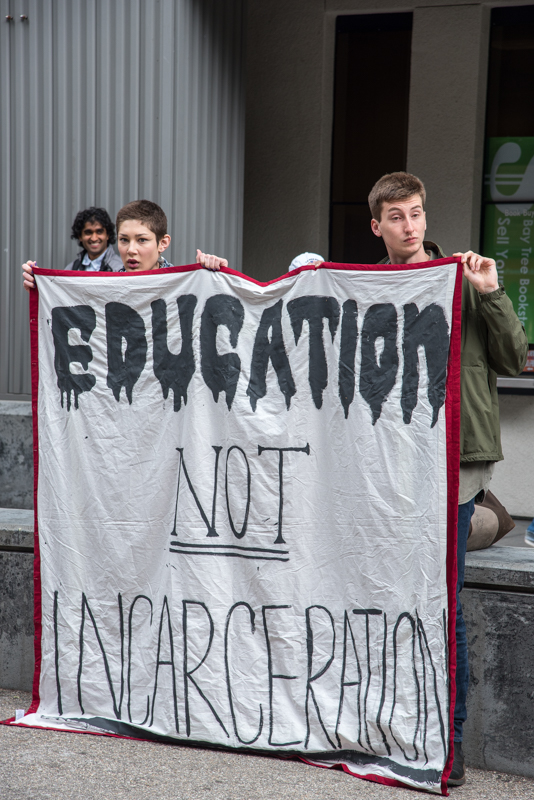 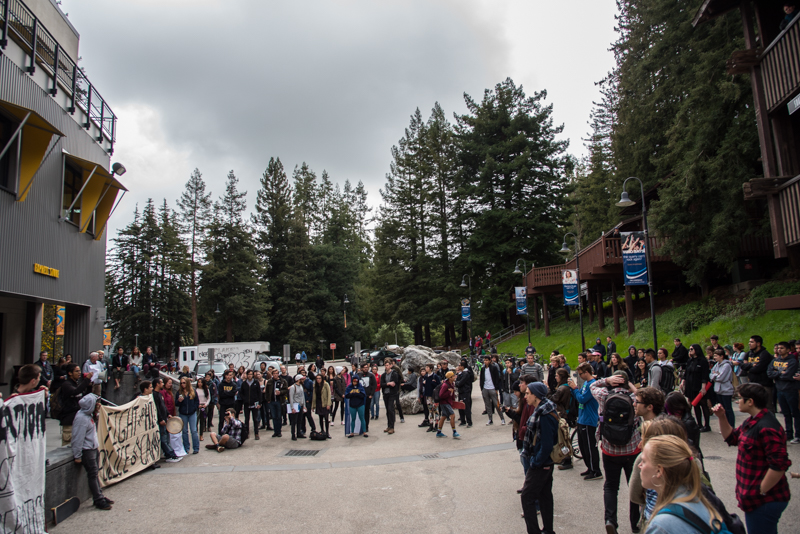 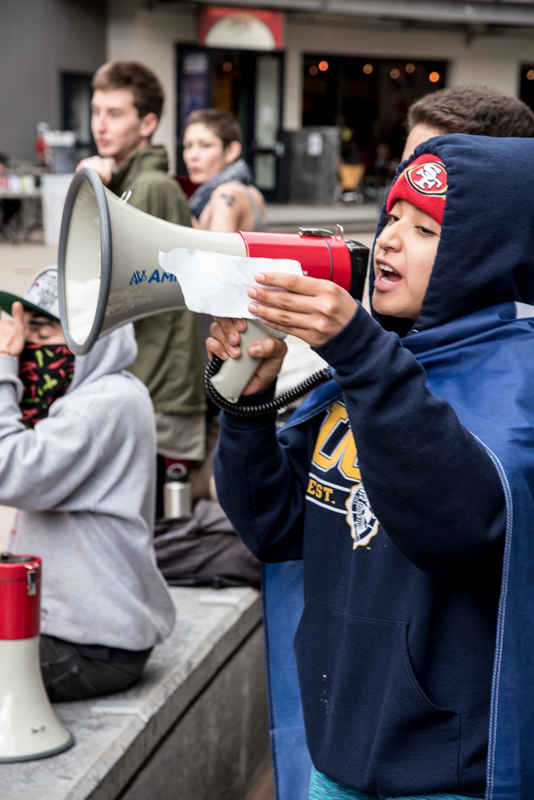 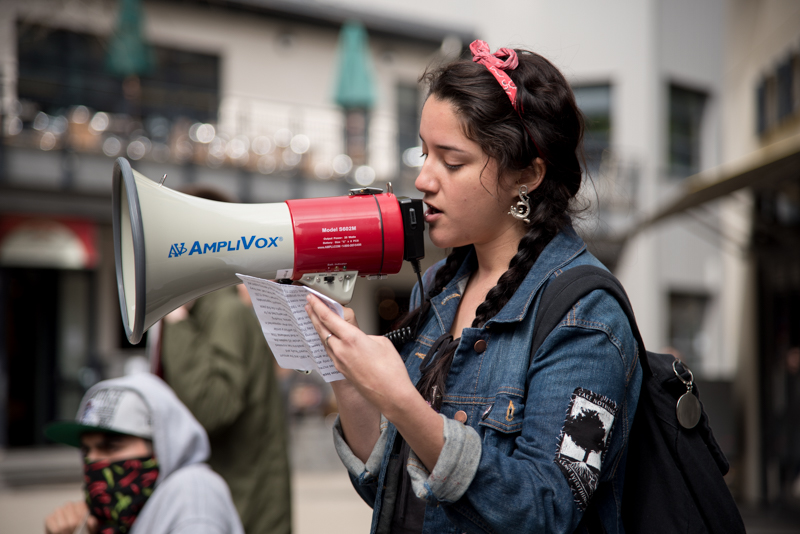 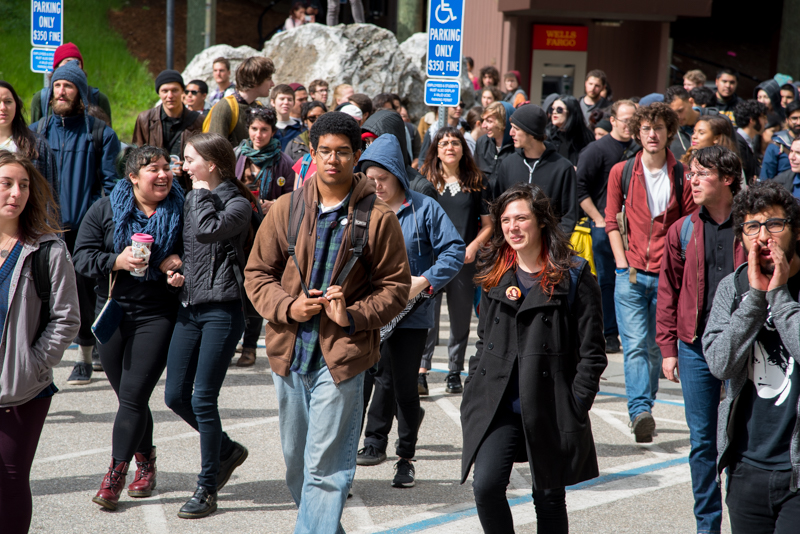 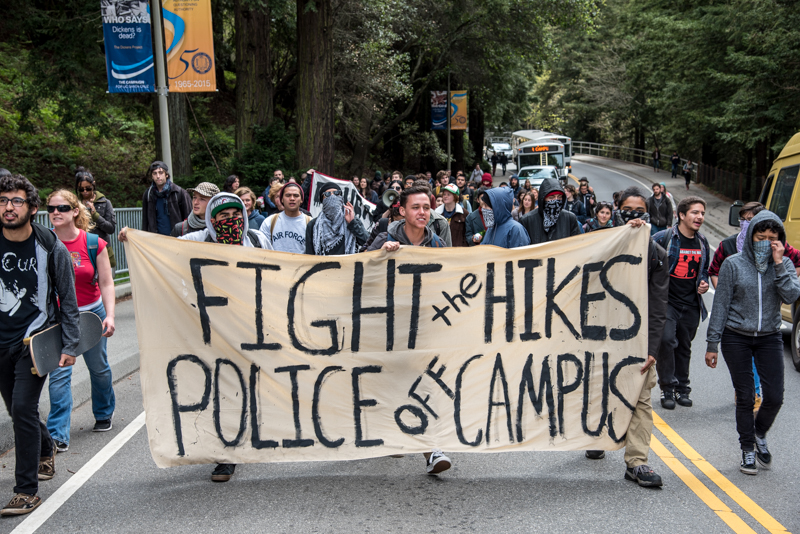 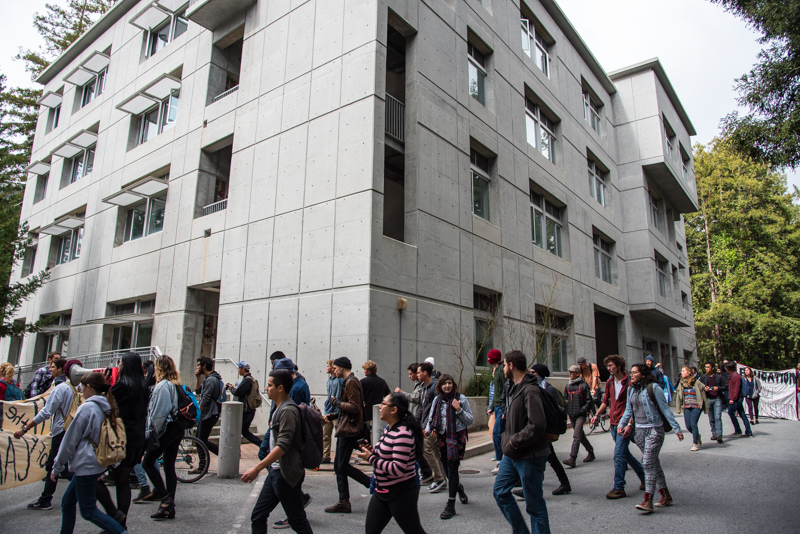 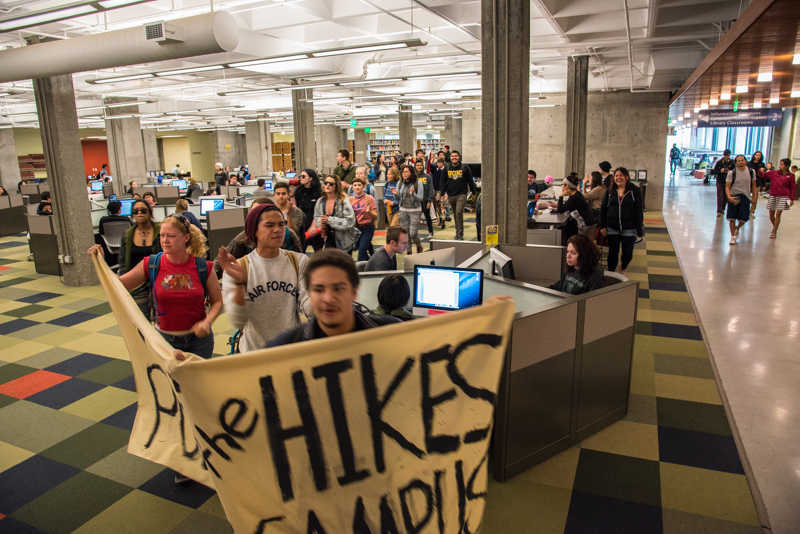 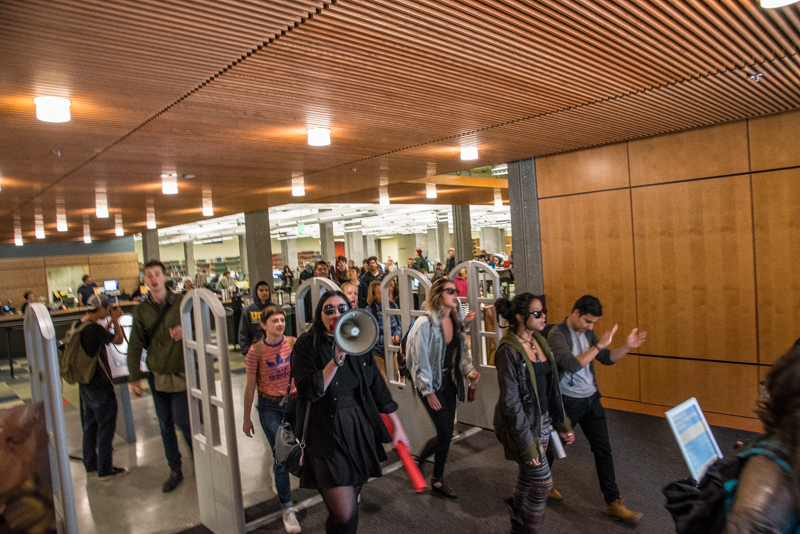 §Students Struggle with Debt Across the UCSC Campus
by Alex Darocy Tuesday Mar 3rd, 2015 1:12 AM 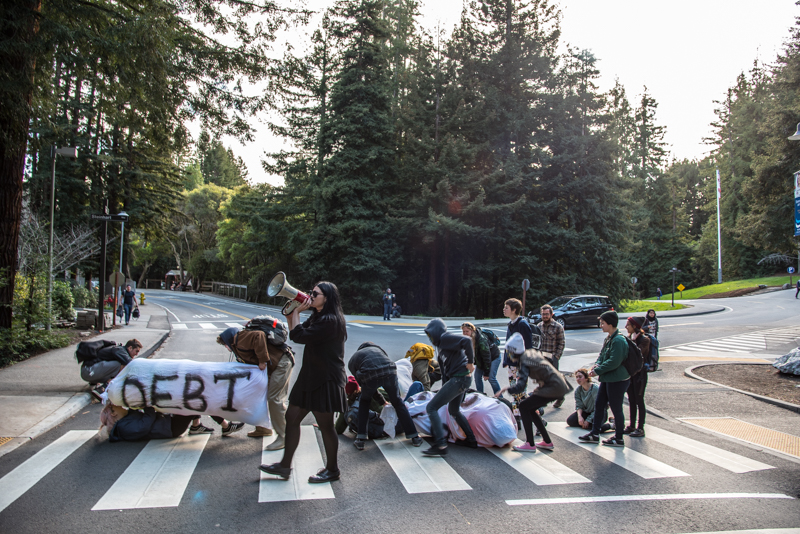 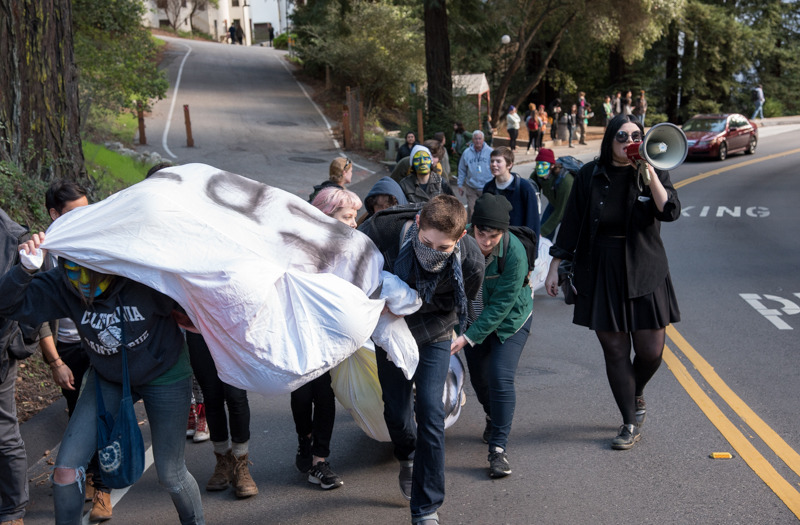 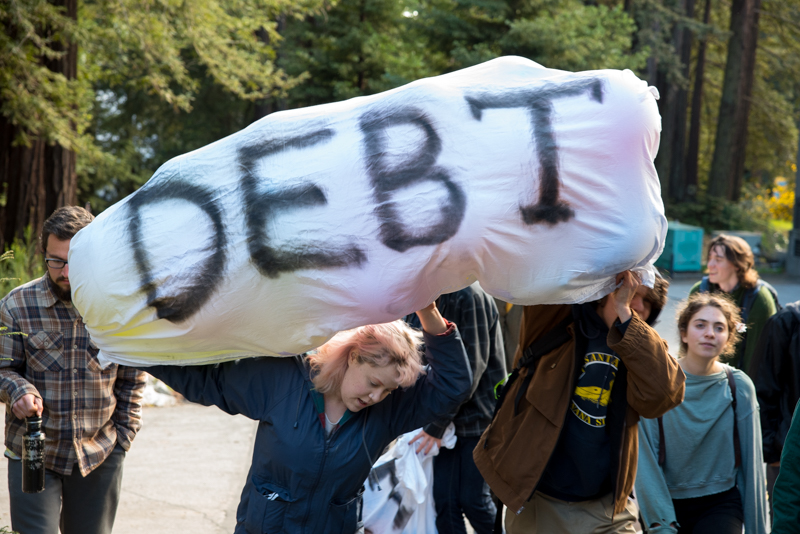 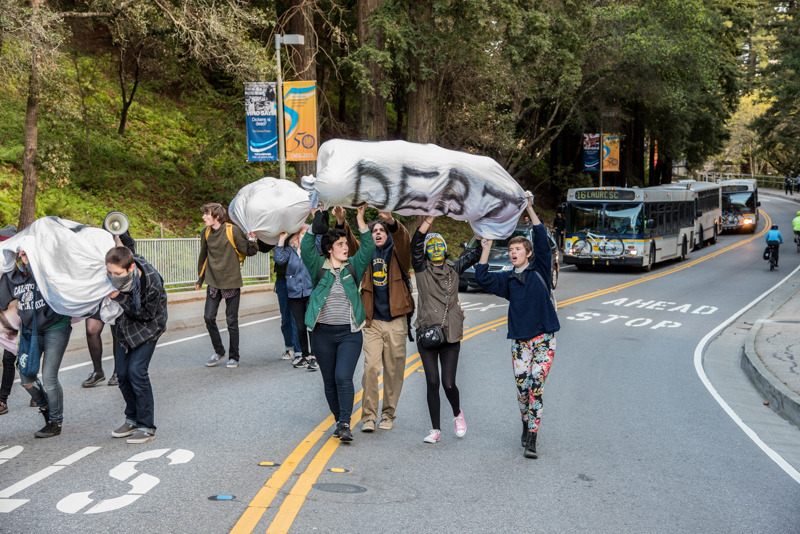 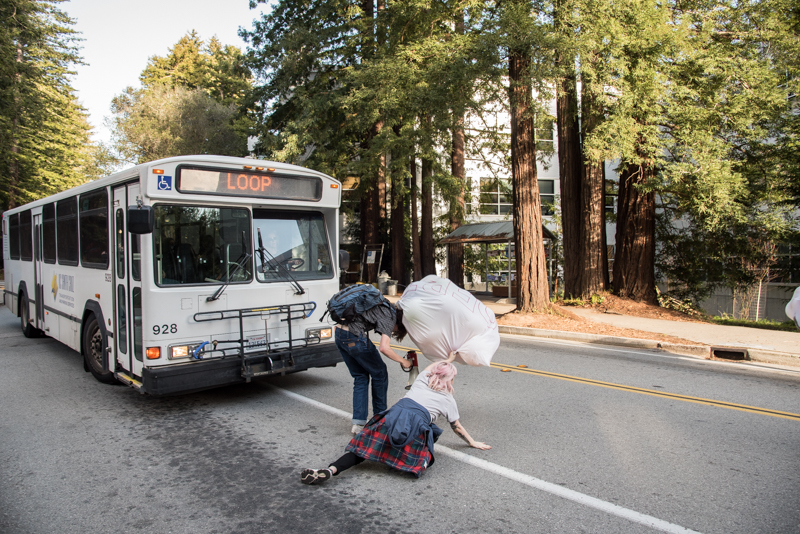 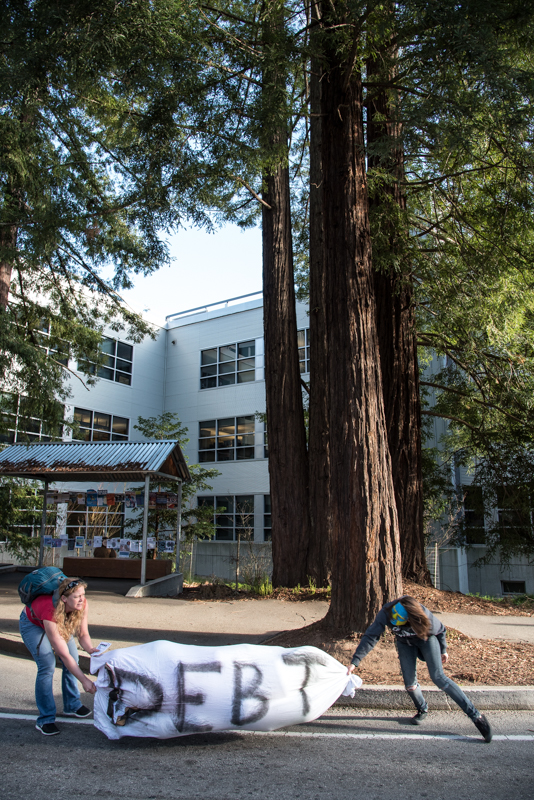 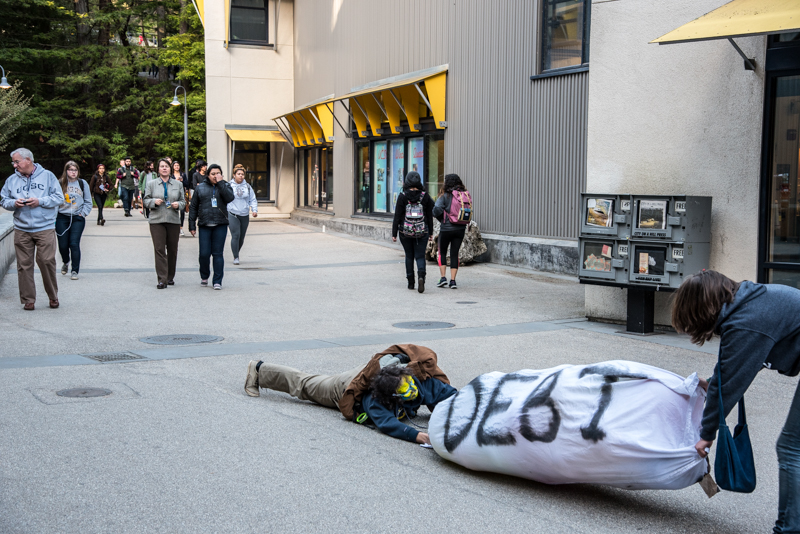