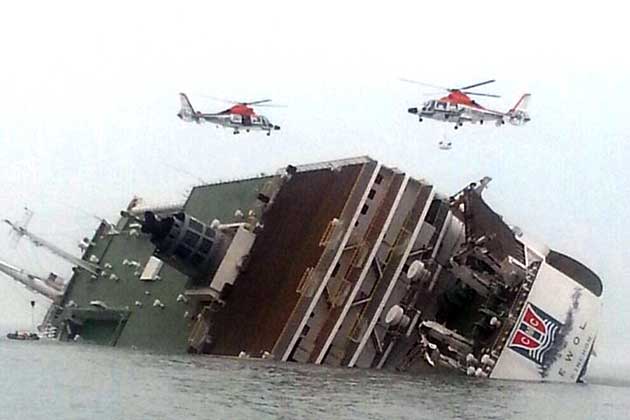 The owners of the Sewol ferry were able to operate without proper health and safety protection and oversight. They also intimidated crew members who were all temporary and contract workers with no union protection. This union busting is part of deregulation pushed by the Park government and the US government through so called "free trade agreements".
http://www.sewoltruth.com
§Mass Protests
by Sewol Family Support Committee Tuesday Feb 17th, 2015 8:26 AM 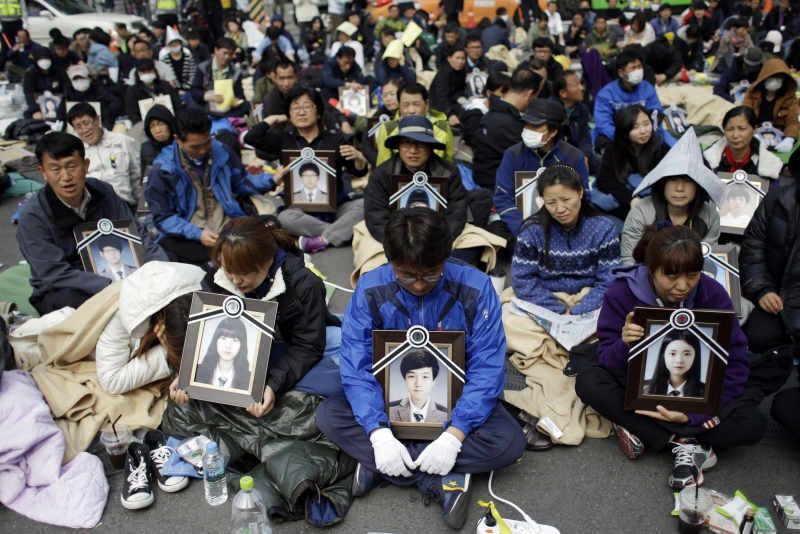 original image (4446x2970)
There have been mass protests in Korea against the cover-up and conditions that led to this catastrophe for the families of Sewol and crew members who died.
http://www.sewoltruth.com
§3/8 Sewol Mothers Meeting PDF
by Organizing Committee On Veolia Friday Feb 27th, 2015 1:27 PM 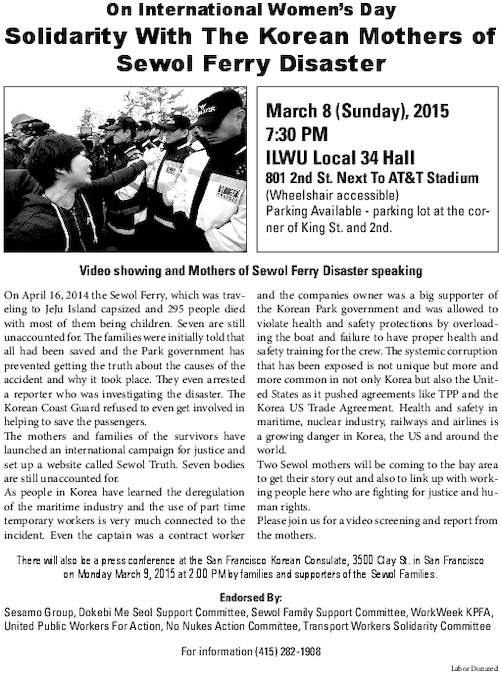 On April 16, 2014 the Sewol Ferry which was traveling to JeJu Island capsized and 295 people died with most of them being children. Nine are still unaccounted for. The families were initially told that all had been saved and the Park government has prevented getting the truth about about the causes of the accident and why it took place. They even arrested a reporter who was investigating the disaster. The Korean Coast Guard refused to even get involved in helping to save the passengers.
The mothers and families of the survivors have launched an international campaign for justice and set up a website called Sewol Truth. Seven bodies are still unaccounted for.
As people in Korea have learned the deregulation of the maritime industry and the use of part time temporary workers is very much connected to the incident. Even the captain was a contract worker and the companies owner was a big supporter of the Korean Park government and was allowed to violate health and safety protections by overloading the boat and failure to have proper health and safety training for the crew. The systemic corruption that has been exposed is not unique but more and more common in not only Korea but the United States as it pushed agreements like TPP and the Korea US Trade Agreement. Health and safety in maritime, nuclear industry, railways and airlines is a growing danger in Korea, the US and around the world.
Two Sewol mothers will be coming to the bay area to get their story out and also to link up with working people here who are fighting for justice and human rights.
Please join us for a video screening and report from the mothers.


There will also be a press conference at the San Francisco Korean Consulate 3500 Clay St. in San Francisco on Monday March 9, 2015 at 2:00 PM by families and supporters of the Sewol Families.

http://www.sewoltruth.com
Add Your Comments
LATEST COMMENTS ABOUT THIS ARTICLE
Listed below are the latest comments about this post.
These comments are submitted anonymously by website visitors.