by Anti-Eviction Mapping Project
On February 6th, at 8am, teachers at San Francisco's bilingual public Fairmount Elementary School joined with the Anti-Eviction Mapping Project to block 3 private tech buses. Buses from Google and Facebook were blocked, as we protested the takeover of what had been four parking spots for teachers at the school by a tech bus stop. Teachers had not been consulted before their parking stops were privatized, just this past month. A video of the action by Peter Menchini can be seen here: http://vimeo.com/118965425 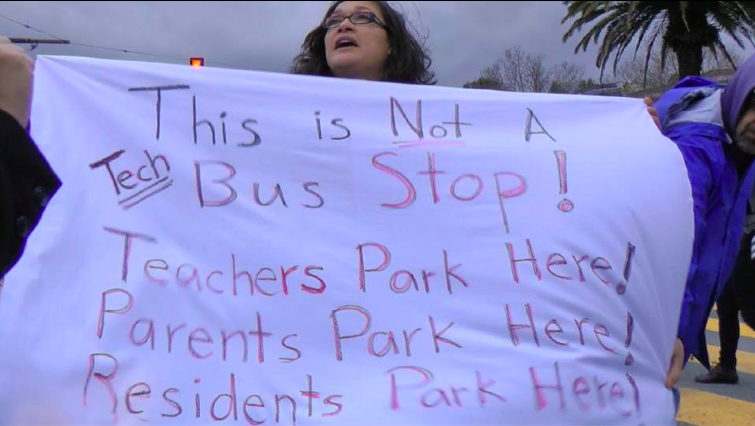 There are other parking metered spots in the city, such as on 16th between Capp and South Van Ness, that now have restricted parking so that private tech buses can load and unload their passengers, presumably to avoid paying the $3.55 that is now required through the SFMTA shuttle bus pilot program.

As Claudia implored to other teachers, "Please come and stand up for parking and less congestion in the area we need our school to be safe for us and for our children. We need parking for the people that serve these children."

In this city, gentrification does not only mean being displaced from one's home, but also from public spaces and city infrastructure. From parks to BART plazas to public bus stops, we are seeing public spaces increasing privatized and surveilled. In a city in which people are being kicked out of their homes and crowded into small rooms just to pay rent, public spaces are increasingly valuable. In this case, private tech companies are being privileged at the expense of teachers. 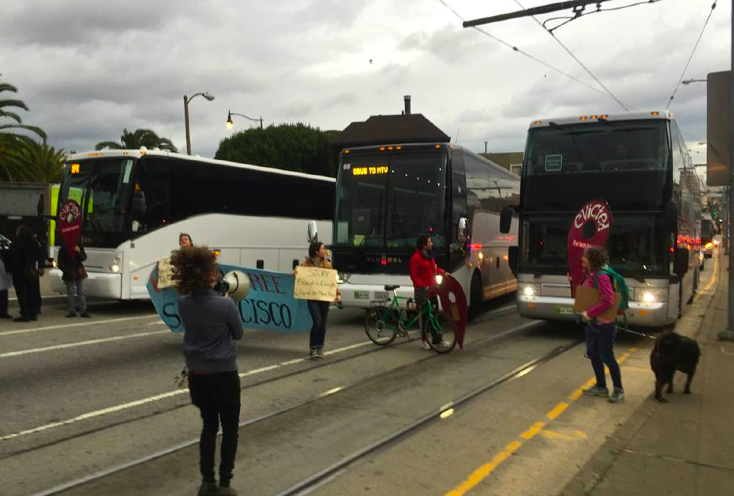 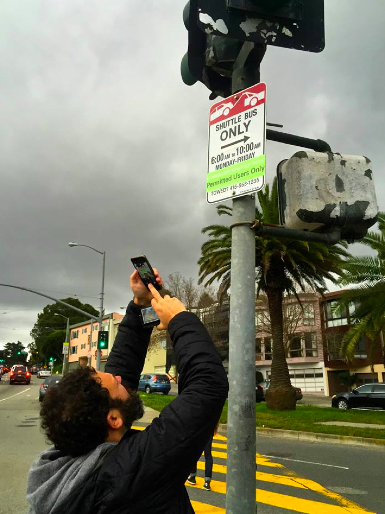 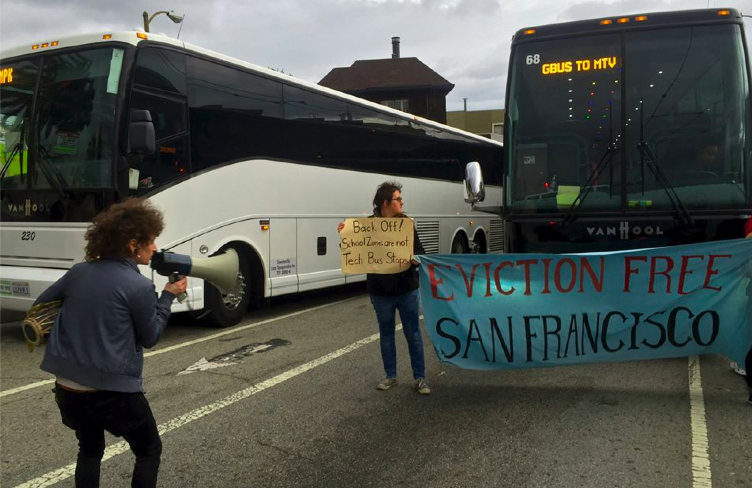 END_OF_DOCUMENT_TOKEN_TO_BE_REPLACED
Add Your Comments
Latest Comments
Listed below are the latest comments about this post.
These comments are submitted anonymously by website visitors.
TITLE
AUTHOR
DATE
Claudia Tiradois being evicted???
Randy R.
Shouldn't everyone be riding transit?
Scott
Support Independent Media
We are 100% volunteer and depend on your participation to sustain our efforts!