Add an Event
Newswire
Calendar
Features
Home
Donate
From the Open-Publishing Calendar
From the Open-Publishing Newswire
Indybay Feature
Publish to Newswire
Add an Event
Related Categories: Santa Cruz Indymedia | Government & Elections
Council Armors Up
by Robert Norse
Friday Jan 9th, 2015 8:56 AM
City Council (through Mayor Don Lane) and the City Administration behind it (i.e. the Martin Bernal, the City Manager, and his staff) will be voting on more repressive decorum rules as the first order of business in the afternoon session of the January 13th City Council this Tuesday. This is apparently their response to the public outrage at the December 9th meeting over the SCPD's sneak rush of the quarter-of-a-million-buck BEARCAT armored personnel "rescue' vehicle. Lane has also placed the wildly-unconstitutional and explosive Stay-Away law to the end of the evening agenda. I suspect these two measures are specifically designed to shrink, cool, and discourage protest. 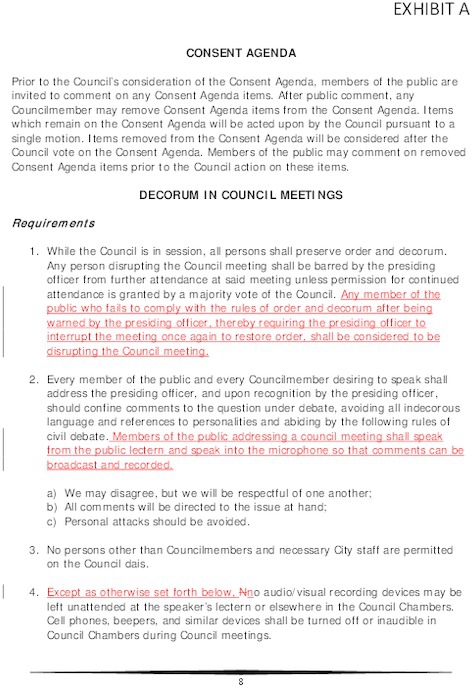 Download PDF (85.3KB)
The staff report and other documents regarding the decorum rule changes are attached and also available on the City's website at http://scsire.cityofsantacruz.com/sirepub/mtgviewer.aspx?meetid=622&doctype=AGENDA under Item #12.

The City has also adopted a new, less publicly accessible means, of responding to Public Records Act requests. The SCPD no longer takes such requests directly, but routes them through Nydia Patino at City Hall. More importantly, the requests are being responded to in hard copy letters (usually rejection or restriction) from the City Attorney's answer.

It has still not responded to my request of weeks ago to see documentation that confirms the exact date and the real deadline for accepting the BEARCAT vehicle.
§The Councilmember's Handbook as Lane Would Like It
by Robert Norse Friday Jan 9th, 2015 8:56 AM 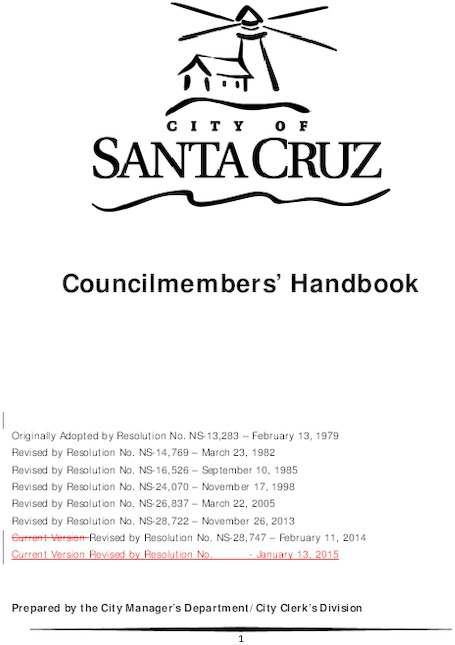 Download PDF (752.9KB)
Lane has given no explanation as to why leaving an "unattended" recording device creates any problem. So if you sit in your seat and want to leave it turned on, that would be cause for Council harassment if no one is "attending" it unless you put it in a special spot.

His new definition of "disruption" is "whenever a rule is broken and a Mayor is 'forced' to stop the meeting". So whenever a Mayor disrupts his own meeting, this becomes the fault of the public. So, if you turn your back on the Council while speaking and there's a rule against doing so (which there arguably now is--that's an additional change), you are "disrupting" the meeting. This flies in the face of the 9th Circuit Court ruling that states a "disruption" can only be an actual disruption not a potential one or one created by the Council's have a "hissy fit".
§Current Rules
by Robert Norse Friday Jan 9th, 2015 8:56 AM 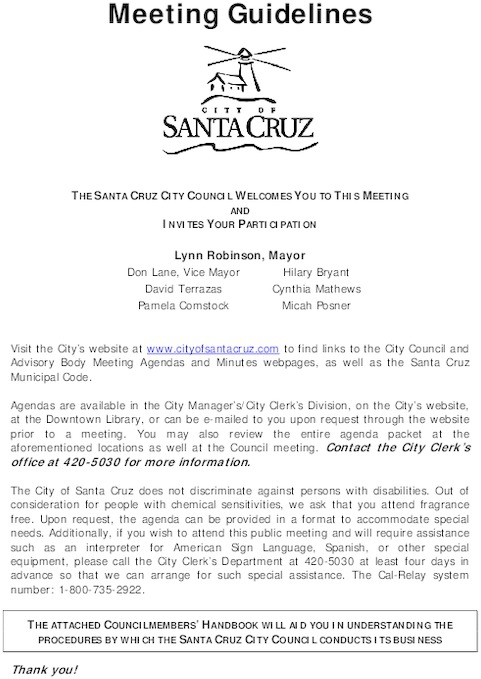 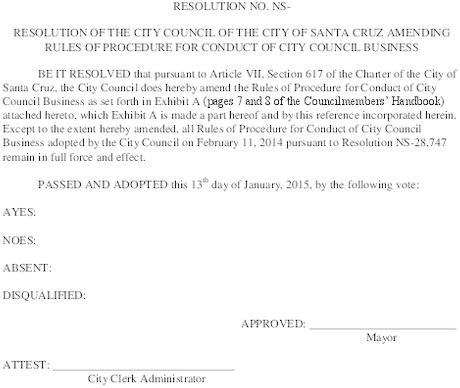 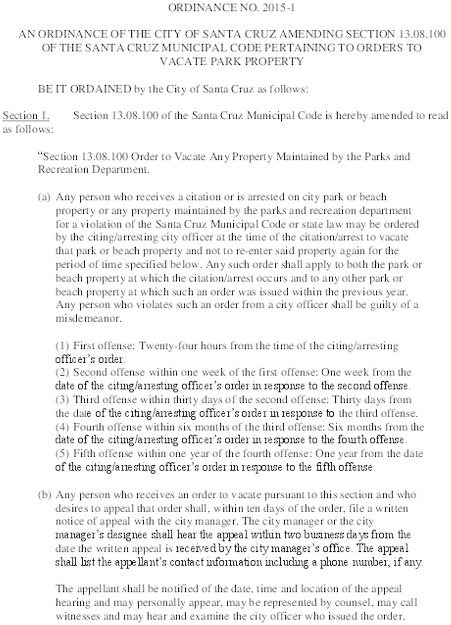 Download PDF (86.0KB)
Somewhere between 500 and 1500 people have already gotten one-day Stay-Away orders. They will be subject to the week, month, 6 month, and year orders in ever-expanding areas. Careful examination of the infraction tickets given with these orders show they are overwhelming used to punish sleeping, camping, simply being in a closed area, or smoking. It also seems they are overwhelmingly being given to homeless people.
§Current Law
by Robert Norse Friday Jan 9th, 2015 8:56 AM 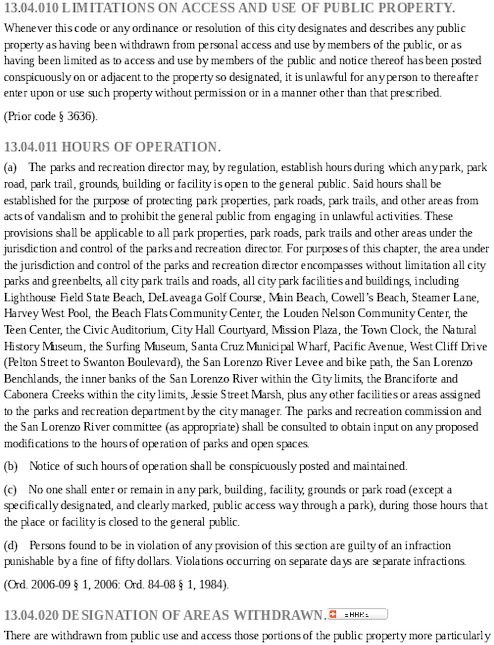 Download PDF (35.0KB)
The current Parks and Recreation laws allow designation of "closed areas" at any time at the whim Parks and Recs Czarina Dannettee Shoemaker. They also prescribe a high penalty for violating the "Stay Away" orders (up to a year in jail and $1000 fine).
Add Your Comments
LATEST COMMENTS ABOUT THIS ARTICLE
Listed below are the latest comments about this post.
These comments are submitted anonymously by website visitors.