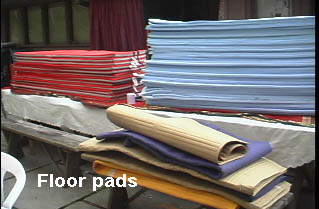 During the 10-day cold snap of 2013, it became apparent that hundreds of people sleep outside when it freezes, while numerous large halls and auditoriums remain locked closed.

How can it be that in an area of such affluence, with more nonprofits and community groups than one can count, we don’t have a program ensuring that people who sleep outside by the hundreds have a warm place to rest when it freezes? Exploring the nature of this inexplicable void, one finds concern but very little public will to change the situation. We have an office of Emergency Services that issues freeze warnings for pets and outdoor plants, but not for human beings who sleep outside. We have a Winter Shelter at De Laveaga Park that maxes out at 100 people, leaving many in the cold. There has been much talk of “public safety,” strewn syringes, and even permanent supported housing for some, all the while people are facing certain hypothermia and even death in our midst. It’s easy to point fingers, blaming city and county governments and the large nonprofits and aid organizations for not addressing this problem. At some point the individual who realizes this great need and what little is being done about it, must step up and do something.

The Warming Center Program was created to provide a warm place to sleep on the coldest nights of the year. Programs such as this are of little interest in warmer months but much work and preparation has gone into it. Plans and Protocols were written, floor pads were purchased, a link with the 211 Emergency Hotline was established and a small community of support has begun to grow around the program through meetings and a fundraiser. The big missing link, as with any such location-based program, is available floor space.

On December 30 and 31, with forecasts below freezing, the Center had its inaugural opening. Calvary Episcopal stepped up to provide the needed hall, a dozen people volunteered for overnight monitor shifts and 100 blankets were donated in a 24-hour period. A van was rented to shuttle people from Homeless Services Center and to cruise the area searching for people needing shelter. On the first night we served nearly 50 people and on the second night we hosted nearly 60, who snoozed warmly and peacefully. It was immediately apparent that this center was necessary as people arrived shivering and grateful. One couple had called 911 because they felt like they were experiencing hypothermia and were directed to 211, which in-turn directed them to the WCP. We sent the shuttle out to pick them up at 1am.

We offered hot drinks, fruit and pastries and everyone left warm and content, despite the need to close the center by 6:30am while it was still dark and cold out because of previously scheduled meetings in the hall. The program will need more halls and auditoriums to choose from in the case that one or another site location is booked for an event. We’ll also need to expand the program beyond its 32-degree Temperature Threshold to 34 degrees or more, even though that means opening twice as many nights. Ideally, public safety workers and all community residents will know about the program, so they can direct people in need to a warm place to be on the coldest nights of the year. We ask for the community at large to support this project with volunteer hours, blankets and monetary donations. We’re reducing the experience of hypothermia for people who sleep outside while saving money for much needed emergency services.
The Warming Center Program thanks all who donated to help purchase floor pads, those who donated blankets, Father Joel Miller of Calvary Episcopal, and the overnight monitors Raven Davis, Nancy Krusoe, Summer Vanslager (who donated the shuttle), Stacey Falls, Paula Leroy-antaki, Tom Bately, Kathy Adams, Jeremy Leonard, Shandara Gill, Jennifer Grant and Bryan Miller. We couldn’t have done it without you. 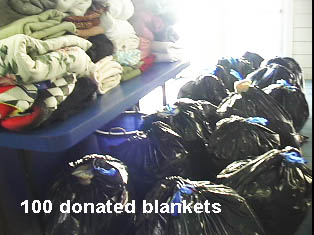 We put the word out that we needed blankets and within 24 hours we had many people donating for a total of 100+ blankets.
https://www.facebook.com/warmingcenter
§We had our Temperature Threshold on Dec. 30 and 31.
by Brent Adams Saturday Jan 3rd, 2015 9:41 PM

We weren't excited that our Activation Alert based on the Temperature Threshold came on New Years Eve
but we were committed to doing a good job.
https://www.facebook.com/warmingcenter
§12 volunteers showed up for the 2 nights.
by Brent Adams Saturday Jan 3rd, 2015 9:41 PM 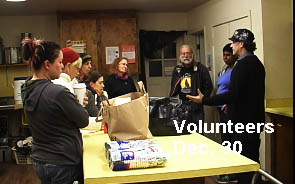 We were worried that we would be under staffed, especially on New Years Eve, but we had plenty of help.
https://www.facebook.com/warmingcenter
§
by Brent Adams Saturday Jan 3rd, 2015 9:41 PM 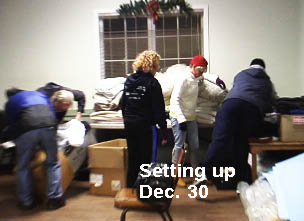 People got down to work readying the space.
https://www.facebook.com/warmingcenter
§
by Brent Adams Saturday Jan 3rd, 2015 9:41 PM 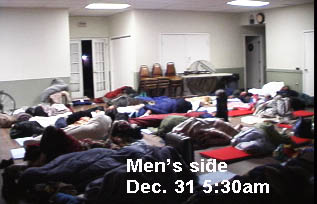 One thing became immediately clear; many people who sleep outside and had faced the severely cold wind storm on December 30th, would fall asleep immediately.

https://www.facebook.com/warmingcenter
§Women's Only side of the room
by Brent Adams Saturday Jan 3rd, 2015 9:41 PM 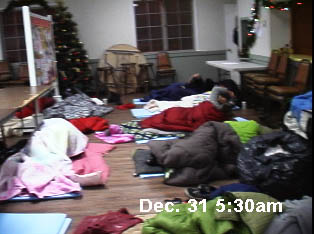 Women are extremely vulnerable in homelessness. It is important to create an extra layer of safety for them in shelter settings.
https://www.facebook.com/warmingcenter
§
by Brent Adams Saturday Jan 3rd, 2015 9:41 PM 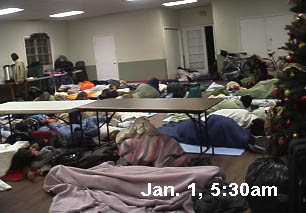 People slept soundly and awoke with ease, for the most part.
https://www.facebook.com/warmingcenter
§Cleaning the space for a 7am meeting.
by Brent Adams Saturday Jan 3rd, 2015 9:41 PM 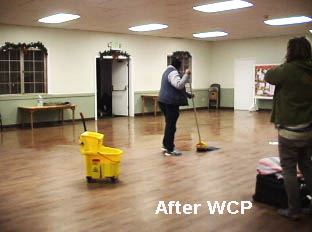 One of the big jobs of the program is putting the space back into shape very quickly after people have awoken to get ready for the Early Risers AS meeting.
https://www.facebook.com/warmingcenter
§
by Brent Adams Saturday Jan 3rd, 2015 9:41 PM 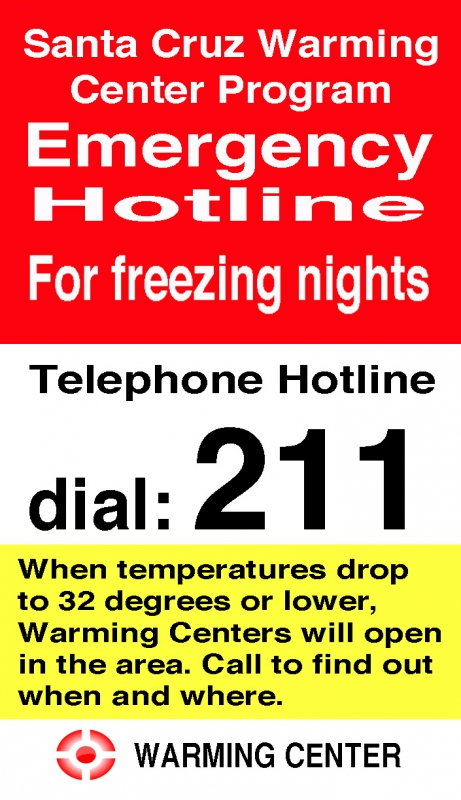 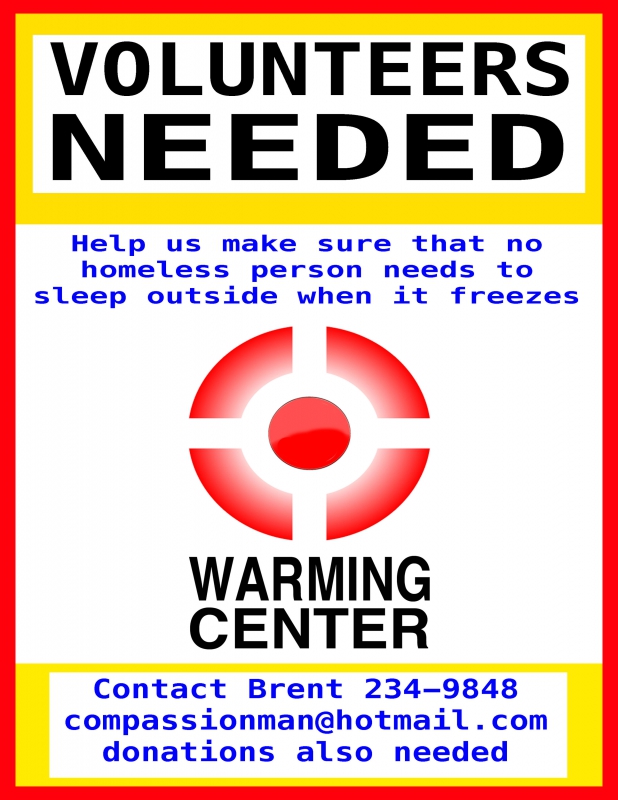 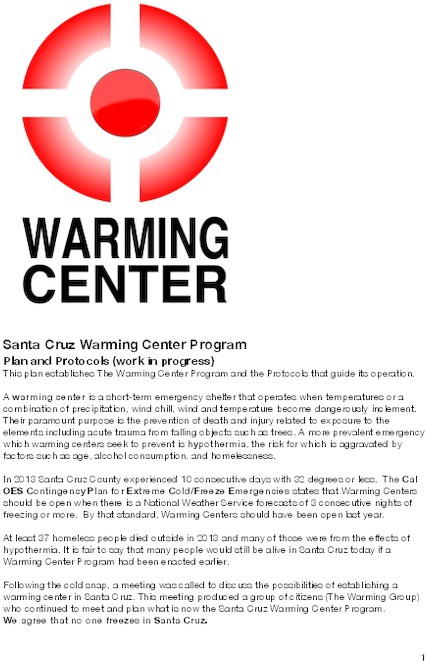 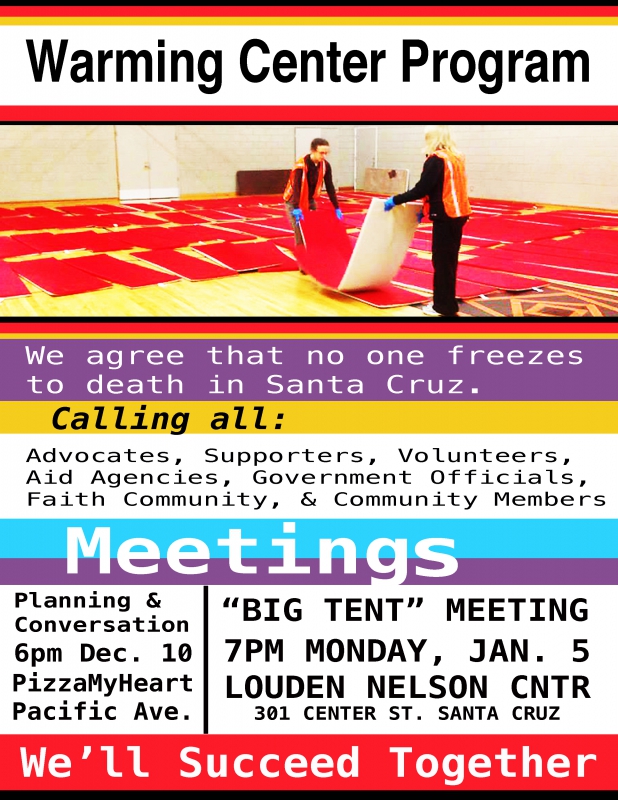 original image (2550x3300)
Now it's time to talk about what went right and what we need to improve the program. We'll also discuss our recent meeting with various county department heads, the Red Cross and county board supervisor John Leopold. Please attend if you care about this issue.
§To donate...
by Brent Adams Monday Jan 5th, 2015 1:24 AM 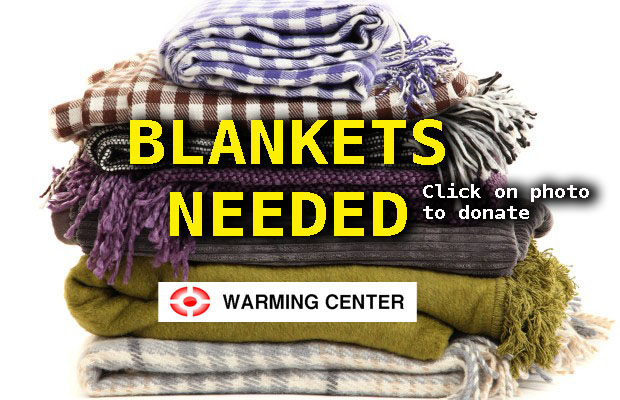 WE NEED CLEAN BLANKETS
Please drop blankets off at 535 Spring St.
There is a donation box along the entrance driveway.

There are many other aspects of this winter-long program that are operating expenses.
We need your help to ensure that no one has to freeze this winter.

Bank deposit:
Santa Cruz Community Credit Union
"Santa Cruz Sanctuary Camp"
Add Your Comments
LATEST COMMENTS ABOUT THIS ARTICLE
Listed below are the latest comments about this post.
These comments are submitted anonymously by website visitors.