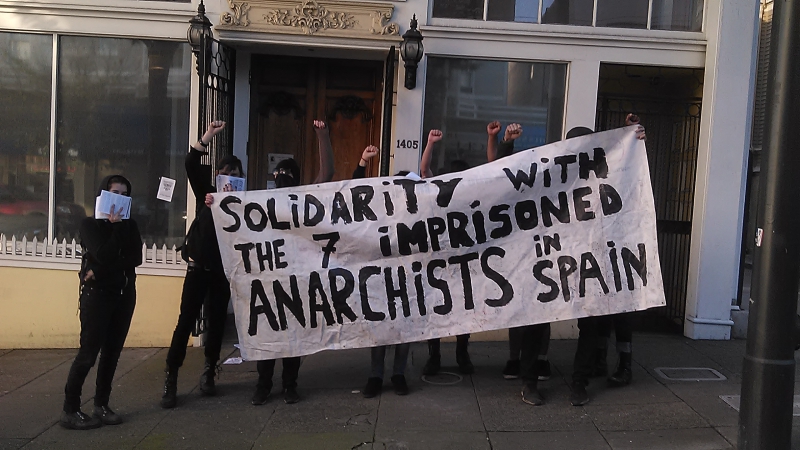 original image (2560x1440)
On December, 22nd, 2014, a group of anarchists stormed the Spanish consulate in San Francisco. After throwing leaflets into the consulate, tipping over the Spanish flag, and yelling curses, the group left without incident.

On December, 15, 2014, the Spanish state passed the "ley de mordaza", a gag law that makes it a crime to insult a cop, film a cop, or assemble in large groups. On December 16th, 2014, the Spanish state raided several houses and apartments in Barcelona. After seizing electronics, documents, and clothing, the state imprisoned 7 anarchist on vague charges relating to terrorism. These anarchists are meant to be an example of what happens when you lift your head against fascism.

If the Spanish state wants to imprison and criminalize anarchists, we are more than willing to fight back. Never again will the dictatorship rise! Freedom to the prisoners! Down with the state!