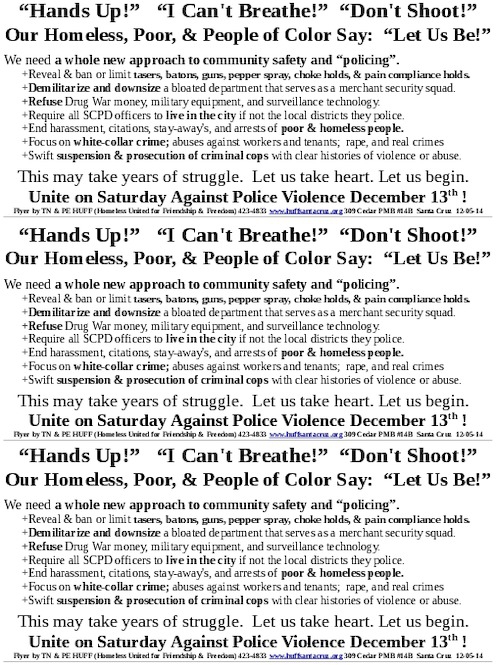 Download PDF (30.1KB)
Speak Out Today at City Council to Raise Awareness for Saturday...and every day thereafter that the SCPD refuses to open up its records and allow public accountability.
Add Your Comments
LATEST COMMENTS ABOUT THIS ARTICLE
Listed below are the latest comments about this post.
These comments are submitted anonymously by website visitors.