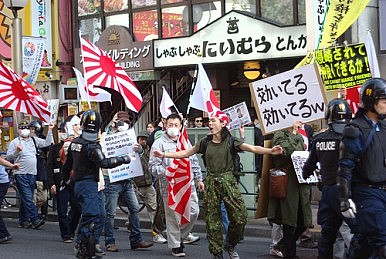 Yumiko Yamamoto who was formerly a leader of Zaiokukukai has been personally involved in terrorizing Japanese Korean children at Korean schools in Japan. She is now pushing the rewriting of history of the Japanese military use of women as sex slaves in Asia
http://www.upwa.info
§Racist Marches In Japan Seek To Terrorize Japanese Koreans
by United Public Workers For Action Monday Dec 8th, 2014 5:24 PM 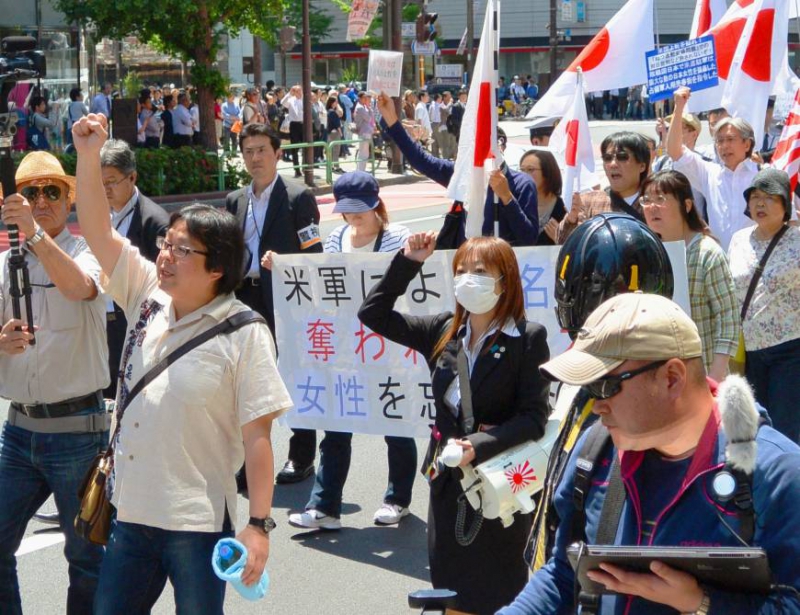 original image (870x669)
This racist nationalist group has regular rallies in Tokyo and Osaka to terrorize the Korean Japanese community.
http://www.upwa.info
Add Your Comments
Support Independent Media
We are 100% volunteer and depend on your participation to sustain our efforts!