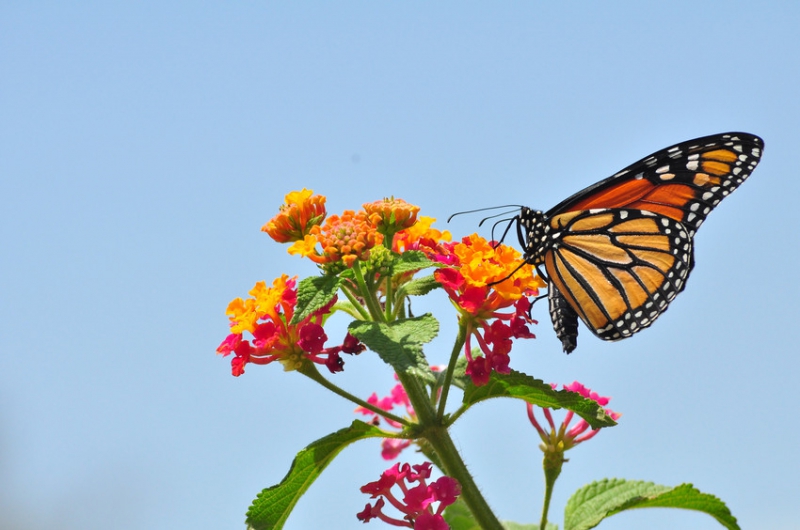 original image (850x564)
The North American monarch butterfly population has declined by 90 percent in the past 20 years, dropping from a high of approximately 1 billion in the mid-1990s to fewer than 35 million butterflies last winter — the lowest number ever recorded. The dramatic decline is being driven by the loss of milkweed plants — the monarch caterpillar’s only food — caused by increased pesticide use resulting from the widespread planting of genetically engineered crops in the Midwest, where most monarchs are born.

“The extensive use of the herbicide glyphosate on genetically engineered crops has all but wiped out milkweed in crucial monarch breeding areas. If we have any hope of saving monarchs, our agricultural practices must be at the forefront of the conversation,” said Larissa Walker, pollinator program director at Center for Food Safety.

“The monarch butterfly is North America’s most well-known and cherished insect.” said Sarina Jepsen, endangered species program director at the Xerces Society. “Without immediate action to protect this species and restore critical milkweed habitat, the spectacular migration of the monarch butterfly may no longer be an experience for future generations to enjoy.”

“The Endangered Species Act is the most effective tool available for spurring the large-scale effort that’s needed to protect the amazing monarch butterfly from extinction,” said Tierra Curry, senior scientist at the Center for Biological Diversity.


Center for Food Safety is a nonprofit, public interest organization with over half a million members nationwide. CFS and its members are dedicated to protecting public health and the environment by curbing the use of harmful food production technologies and instead promoting sustainable alternatives.

The Center for Biological Diversity is a national, nonprofit conservation organization with more than 800,000 members and online activists dedicated to the protection of endangered species and wild places. 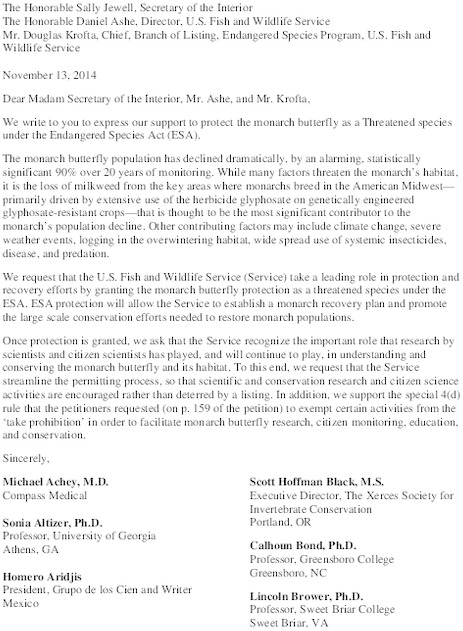 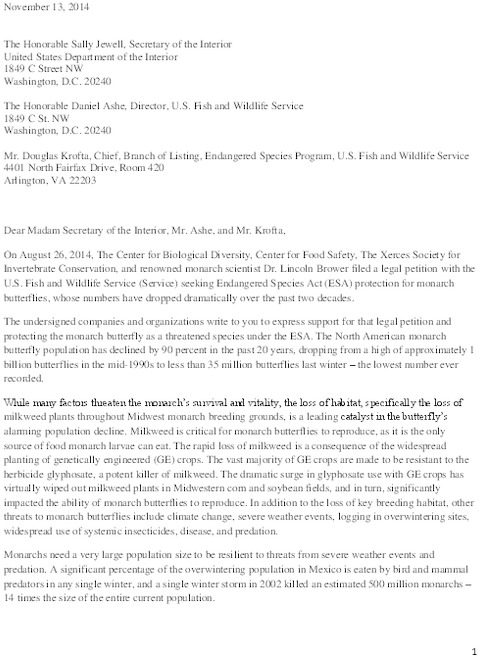 Download PDF (178.1KB)
Add Your Comments
Support Independent Media
We are 100% volunteer and depend on your participation to sustain our efforts!